When an ancient woman seeing out her last days in a trash can asserts that “nothing is funnier than unhappiness,” it’s impossible not to laugh. But then she, and playwright Samuel Beckett, quickly add a corrective: “We laugh with a will in the beginning. But it’s always the same thing. It’s like the funny story we’ve heard too often. We still find it funny, but we don’t laugh anymore.”

And there lies the challenge of many of Beckett’s plays, most famously Waiting for Godot but equally Endgame: to strike the balance between existential despair and comedy — miss the latter, and the gloom could become unbearable.

Thankfully, we’re in good hands with the Old Vic’s first-rate production, sprucely directed by Richard Jones, with an extremely well-cast quartet that brings copious amounts of bitter, twisted mirth to the London winter.

It’s led by Alan Cumming’s deliciously, malevolently, at times appropriately hammy Hamm, blind and reliant on a wheelchair but maintaining a firm hand on his household through possession of the only key to the larder; and a performance by Daniel Radcliffe, as Hamm’s lame, put-upon servant Clov, which is so physically committed we feel exhausted just watching his exertions. Between them they capture the futility of people desperate to put an end to their suffering, in one way or another, but entirely unable to do so — locked in a dismal dependency.

A scene-stealing Jane Horrocks and Karl Johnson are Hamm’s appallingly accommodated parents, Nell and Nagg — anyone with an elderly parent and a mean streak should be barred at the door — completing this awful picture of decrepitude and hopelessness. 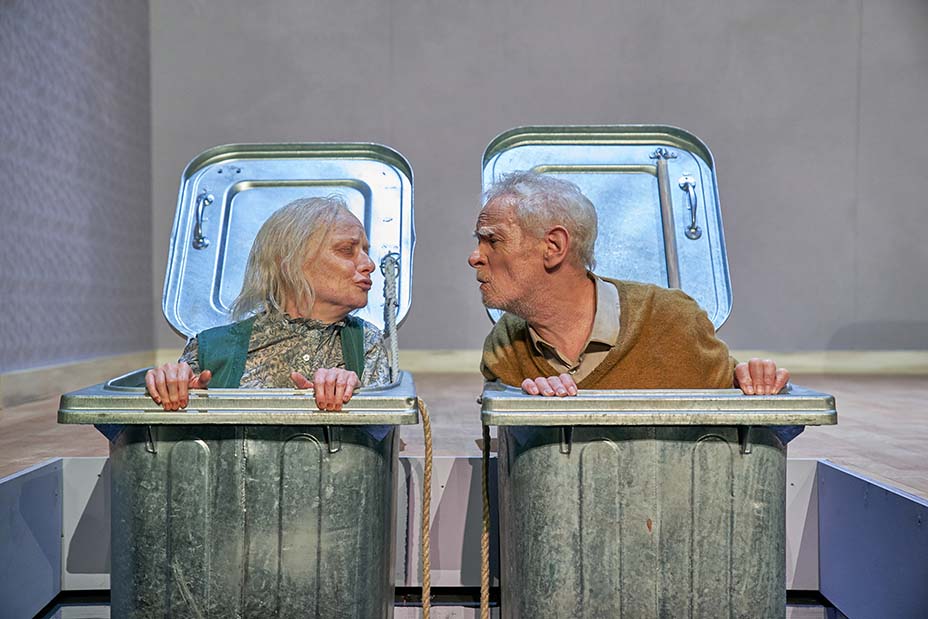 An empty room, high lilac walls, two windows, Hamm’s wheelchair plumb in the centre, to one side the trash cans containing his parents. The family is hidden from view when Radcliffe opens the proceedings with a tour de force of physical acting, as Clov carries his ladder back and forth, hobbling up and sliding down it as he performs his tasks, occasionally letting out a mad laugh as he looks under the covers at his sleeping companions.

Given many of his other roles, whether the eponymous Cripple of Inishmaan on stage or Igor in Victor Frankenstein on film, the actor is clearly capitalizing on his physicality as a strength; the scene here when Clov attacks his own body with flea powder is also performed with a finesse befitting Buster Keaton.

It’s logical, too, that in a play where words have been laid down with such precision, the character with many of the best lines will be the one most tied to his awful existence. “What is left to keep me here?” asks Clov. “The dialogue,” Hamm’s answer.

Horrocks offers the evening’s most uproarious moment, her face emerging from its prison with a glorious grimace. And Johnson nails Nagg’s resonant story about the tailor who could never finish a pair of trousers.

Written more than 50 years ago, the play is perhaps hitting its stride for relevance: people aging but with fewer and fewer resources to manage their old age; families trapped in an endless cycle of care; the suggestion that outside Hamm’s filthy windows the environment has collapsed, Clov reporting “no more nature,” Hamm asserting that “outside of here is death.” 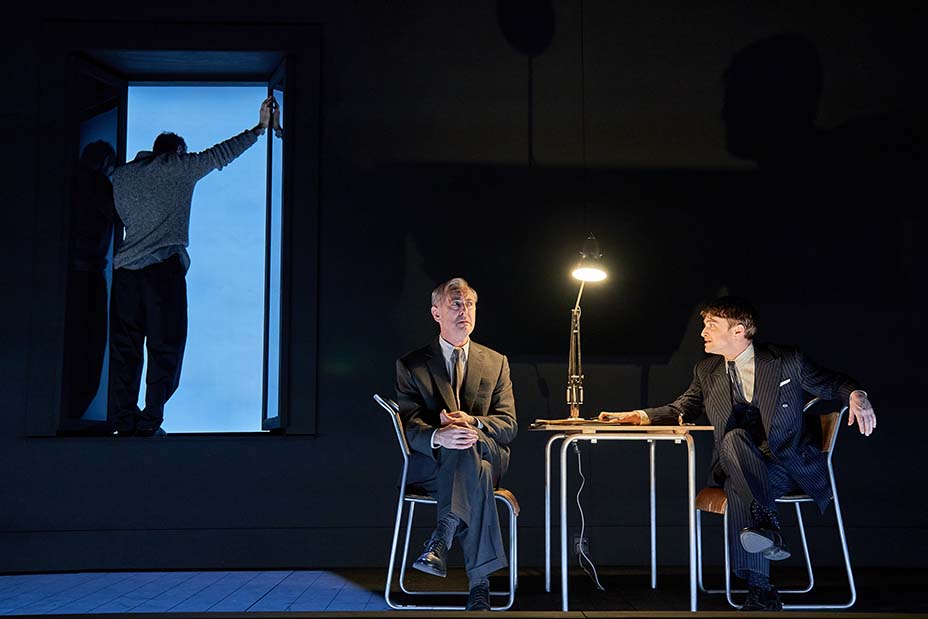 The Scot again takes the brunt of the verbal load (in this case working in his own accent), but this time the power dynamic — accompanied by an upper-class aloofness — is in Radcliffe’s favor. The pair orchestrate the choreography of blinking desk lamps and unwanted intimacy with aplomb. This piece was written around the same period as Endgame, and it’s tempting to see its procrastinators lurking in Hamm and Clov’s own subconscious.