Ethan Hawke is lending his voice for classic literature.

Penguin Random House Audio, alongside the Kerouac Estate, sought to find the perfect voice for the project, to which Hawke later enthusiastically joined.

The audiobook is not the actor’s first venture into narration as Hawke previously participated in a reading of Kerouac’s only play, Beat Generation, at the New York Public Library in 2005.

The Dharma Bums, originally published in 1958, centers on mountaineer, poet and Zen Buddhist Japhy Ryder and Ray Smith, a zestful, innocent writer. On a quest for truth, the two young friends embark on a heroic odyssey that leads them to a myriad of places from marathon parties, poetry jam sessions in San Francisco’s Bohemia and mountain climbing in the High Sierras. The story takes place after the events of Kerouac’s 1957 Beat classic On the Road, which was adapted into a 2012 film starring Kristen Stewart, Garrett Hedlund and Sam Riley.

The audiobook version of The Dharma Bums will be available Feb. 4. 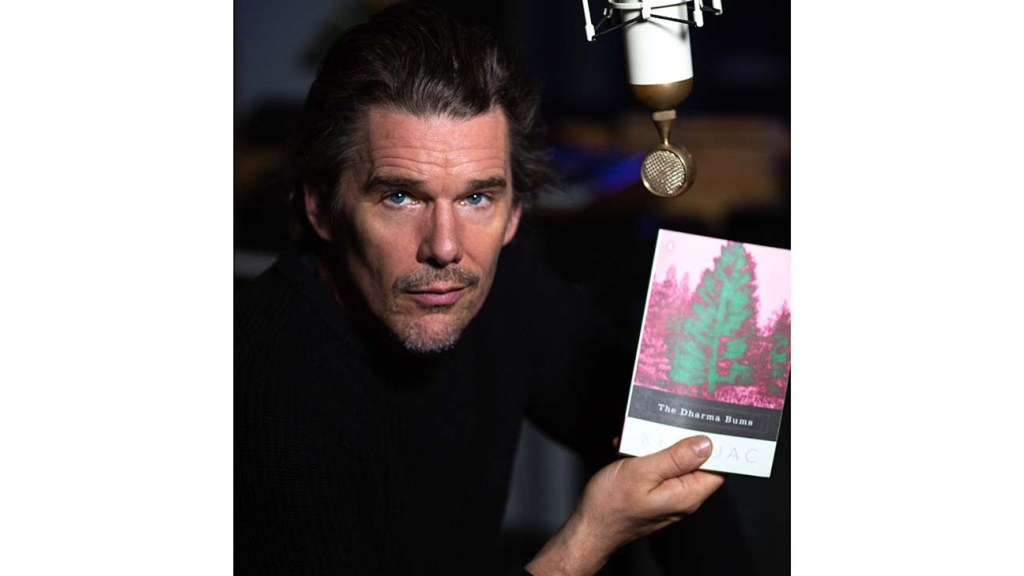