The FBI has created a website for victims of the so-called Con Queen of Hollywood, a sophisticated swindler who for several years has been impersonating prominent producers, studio executives and other members of the entertainment industry as part of an elaborate financial scam.

“FBI Seeking Victims in Indonesia Showbiz Scam Investigation,” the agency’s San Diego office announced in a release unveiling the new site early Monday morning. “This ongoing transnational fraud scheme targeting U.S citizens began in approximately 2013. … The FBI is releasing this information to prevent individuals, primarily those who work in the entertainment industry, from becoming victims of the scam.”

The new FBI missive invites victims to submit statements with biographical data and details about their exposure, and includes a website address for victims to access.

This was the case recently when the imposter began targeting Marvel Studios. In April, Victoria Alonso, executive vp production at Marvel, discovered the Con Queen was using her identity to conduct lurid fake telephone auditions with aspiring actors. The fraud sparked an internal inquiry at Marvel parent company Disney and lawyers from outside the company were brought in to investigate further.

The scam has affected hundreds of people on at least four continents. Over the past several years, the Con Queen appears to have stolen hundreds of thousands of dollars, according to victims, law enforcement officials and investigators tracking the case.

After disguising herself in the identities of high-profile personalities — which have included Wendi Murdoch, the ex-wife of Fox chairman Rupert Murdoch, former Sony head Amy Pascal and, most recently, Alonso — the scammer makes contact with her marks via email or phone offering nonexistent work opportunities.

The Hollywood Reporter first detailed efforts to understand and dismantle the scam in a 2018 cover story, “Hunting the Con Queen of Hollywood,” which examined how the scammer lures people to Indonesia with fake offers of work. Once the person is in Indonesia, the scammer promises to reimburse the upfront costs that these marks pay for services like translation, driving and logistical help, but never does. That money is then likely siphoned back into her coffers.

While the sexual component of the scam has appeared before, the frequency appears to have ramped up recently. In mid-March, using a fake email account, the imposter sent emails to at least half a dozen people, including several aspiring actors, pretending to be prominent casting director Sarah Finn, who worked on Avengers: Infinity War and Black Panther. After gaining her target’s trust with an initial email, the imposter then made several phone calls impersonating Finn’s colleague, Alonso, of Marvel.

Actor Brandon Wengrzynek was one of those who received the fake Finn email and subsequent phone call from the fake Alonso. In the email, the fake Finn told Wengrzynek that she wanted him to get on the phone with Alonso to discuss a role for him in an upcoming Marvel TV series. The imposter then posed as Alonso’s supposed assistant, “James,” who told the actor that he needed to “bring everything you’ve got” to the upcoming call with Alonso. When the call from the fake Alonso came, Wengrzynek did as he was told.

During the call, the Con Queen urged Wengrzynek to engage in sexually explicit role-play in order to convince her that he had the necessary acting chops. Wengrzynek played along, to a point, until the conversation became too uncomfortable and weird.

“She was absolutely convincing,” Wengrzynek tells THR. “It just blows my mind how professional the whole thing is.”

Wengrzynek eventually contacted a friend in an attempt to verify the job offer, and only then learned that it was fake.

All three people — Finn, Alonso and Alonso’s fake assistant, “James” — were, in effect, “performed” by the Con Queen.

“I want my name to be loud and clear,” Alonso says in an interview. “This is not how we work. This is not who we are. We would never ask people to do that.”

Alonso first learned that she had been impersonated in mid-April, about 10 days before the April 26 debut of Marvel’s Avengers: Endgame. One of the movie’s stars told her that a stunt performer friend of his had received what he thought was a call from Alonso in which she purportedly said that Marvel planned to replace actor Jeremy Renner and was looking for another stunt performer.

Alonso corrected her friend, thinking that would be the end of it. Instead, about a month later, she received a call from two lawyers who had been hired by Disney to investigate further.

“Disney never said we think you did this,” says Alonso, “They just said, ‘We need to corroborate that you didn’t.'” 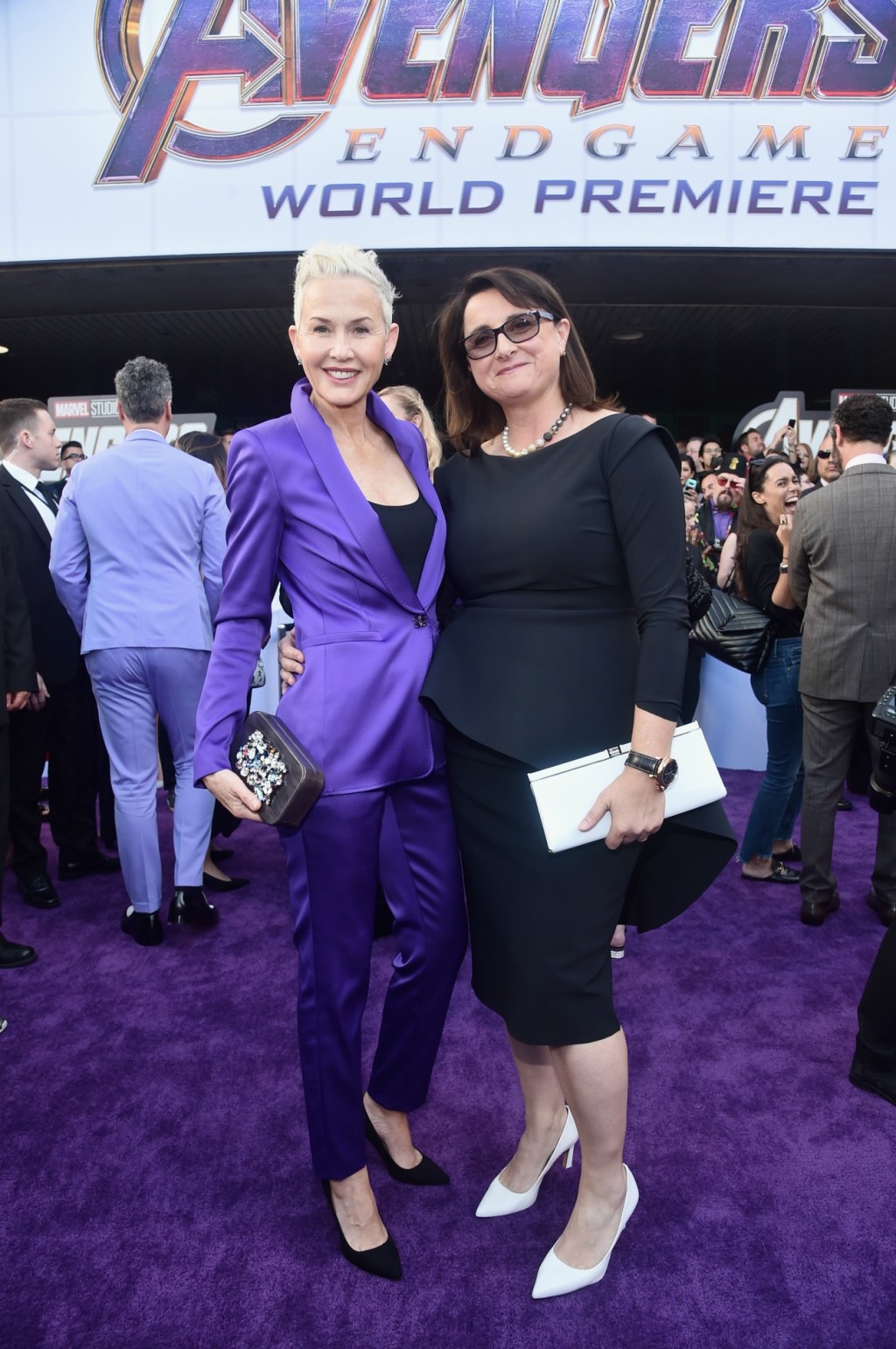 To clear her name, Alonso had to account for her whereabouts on certain dates, her travel plans and her hiring practices. She called her friend, Pascal, who is now a producer and was impersonated extensively two years ago. Pascal counseled Alonso on what steps to take.

“People need to understand that this is not what Marvel or I would ever do,” Alonso says of the whole ordeal, which left her feeling humiliated and angry. “It’s a horrible, horrible thing. I’ve had an unimpeachable 30-year career. That somebody is claiming I have done these things — I’ve spent many, many sleepless nights.”

Alonso says she wants as many people as possible to be aware that the scam is still ongoing, despite the involvement of law enforcement.

“This person is preying on people’s dreams,” she says. “If something happens to you, report it. If it feels wrong, it is. Walk away.”

K2 Intelligence, a New York-based security and corporate intelligence firm that has been tracking the case for more than two years, also issued a statement Monday:

“K2 Intelligence commends the FBI for establishing a web form to identify victims of the Indonesia Show Business Scam, better known as the Con Queen of Hollywood, bringing the investigation one step closer to justice for all victims. We are immensely proud of our team, led by Nicoletta Kotsianas, for working diligently on this investigation and helping shed light on the impersonations of powerful women in Hollywood and other, prominent high-net-worth individuals, as well as those taken in by the fraudulent scam, traveling to Indonesia and fronting money never to be reimbursed. K2 Intelligence encourages all who believe they may have been a target of this scam to participate in this effort and to help law enforcement identify the true reach of this nefarious impersonator and move the needle on bringing the investigation to a close.”

The FBI opened its own investigation late last year in the wake of this magazine’s coverage. The FBI issued a warning for future potential victims.

“Please be advised this is an ongoing fraud scheme and individuals who have plans to travel to Indonesia for a job opportunity in the entertainment industry should perform additional research and proceed with caution,” the FBI release states.

So far, the Con Queen remains at large.

The FBI did not respond to requests for further comment on the status of the ongoing investigation.

Hunting the Con Queen of Hollywood: Who's the "Crazy Evil Genius" Behind a Global Racket?