Jan Maxwell, a beloved and extravagantly gifted Broadway regular known for her patrician elegance, crisp command and dry humor, died Sunday of complications from cancer, her son William Maxwell-Lunny confirmed. She was 61.

Over a New York stage career spanning 26 years, Maxwell worked with distinction across plays and musicals, new work and classics, making her Broadway debut in 1989 as a replacement in the cast of the Cy Coleman/David Zippel/Larry Gelbart musical, City of Angels.

In 2010 she landed dual Tony Award nominations for back-to-back productions in a single season, being recognized for featured actress in a play for the Ken Ludwig farce Lend Me a Tenor, directed by Stanley Tucci; and for lead actress in a play for the George S. Kaufman-Edna Ferber comedy, The Royal Family, in which she starred opposite theater legend Rosemary Harris in the same role Harris had played 34 years earlier.

Phyllis Stone, the bored, brittle trophy wife in Follies, seething with wounded rage while tossing off withering quips, was the kind of plum role Maxwell bit into with infinite nuance. Her magnificent vocal delivery of the stinging rebuke “Could I Leave You?” was indelible in a production she later accompanied to the Ahmanson in Los Angeles.

But Maxwell’s consummate professionalism and inventive line readings were no less noteworthy in an overblown dud like Chitty Chitty Bang Bang. She appeared alongside Marc Kudisch as the malevolent Baron and Baroness Bomburst of Vulgaria, exchanging infantile endearments and hatching despotic schemes with a mischievous spirit that elevated the lumbering show every time they were onstage. Kudisch was one of many in the Broadway community who took to social media Sunday to express their shock and sadness at the loss.

Maxwell’s other Broadway appearances were in the 1991 premiere of Brian Friel’s Dancing at Lughnasa; in a 1997 revival of Ibsen’s A Doll’s House with Janet McTeer; as Baroness Schraeder in a 1998 revival of The Sound of Music; and in the 2000 premiere of Neil Simon’s The Dinner Party, starring opposite John Ritter and Henry Winkler. 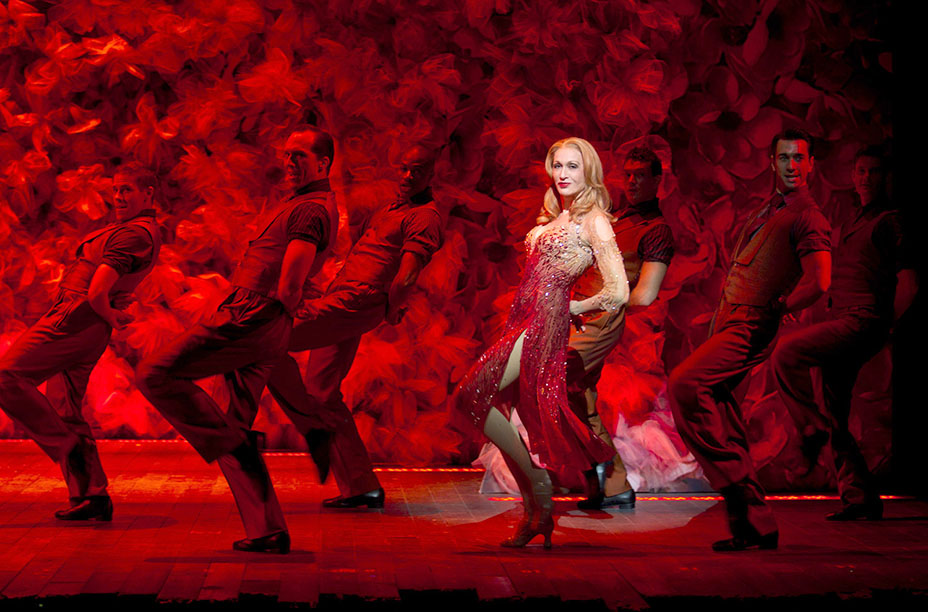 More recently, she appeared in the drama Sixteen Wounded (2004), with Judd Hirsch and Martha Plimpton; and in a short-lived adaptation of the classic Lubitsch screen comedy To Be Or Not To Be (2008), in the Carole Lombard role.

Among her many lauded off-Broadway performances were roles in Israel Horovitz’s My Old Lady and Alan Ayckbourn’s House & Garden (both in 2002); Ionesco’s The Bald Soprano (2004); Joe Orton’s Entertaining Mr. Sloane (2006), a production she exited abruptly due to the allegedly volatile behavior of co-star Alec Baldwin; and Anthony Giardina’s The City of Conversation (2014), in which she originated the role of influential Washington socialite Hester Ferris.

Her regional theater credits include The Seagull and The King and I. She had a long and admirable association with the work of Howard Barker, championing the British dramatist’s political plays in various productions for the tiny Potomac Theatre Project.

Maxwell was born in North Dakota in 1956, the daughter of former First District Judge Ralph B. Maxwell and Elizabeth Maxwell, a lawyer for the Environmental Protection Agency. She credited seeing a production of A Streetcar Named Desire at the Guthrie Theatre in Minneapolis at age 16 as a defining moment. She played summer stock while studying at Moorhead State University in Minnesota, making frequent trips to New York to binge on theater.

Her numerous television credits include All My Children, One Life to Live, Gossip Girl, The Divide, BrainDead, Gotham and Madam Secretary. She also made repeat guest appearances on two shows that were longtime casting mainstays for top New York theater talent, The Good Wife and Law & Order, in the latter playing four different characters over a nine-year period.

In a 2015 interview with TimeOut New York, after reprising a role in Barker’s Scenes From an Execution, Maxwell announced she was retiring from stage acting. “The kind of roles I was being offered were just… I’d been there and done that, and I just didn’t want to do that anymore,” she said, explaining the decision to go out doing the work of her favorite playwright.

“I’ve been extremely lucky to have a multifaceted life in the theater,” she added, pointing to a handful of bold new productions, including Hamilton, as reason for encouragement. “I think theater saves people’s lives and it’s wonderful. This is just a personal choice for me.”

Maxwell is survived by her husband, actor Robert Emmet Lunney, and their aforementioned son. On Wednesday, Feb. 21 at 7:45 p.m. ET, New York’s Marquis Theatre, where Maxwell made her final Broadway appearance in Follies, will dim its lights for one minute in her memory.