Thanksgiving is still a couple of weeks away, but that didn’t stop Fox Searchlight from throwing its annual pre-holiday party last night at West Hollywood’s Verlaine restaurant.

While most of the bigger names from the studio’s slate like Emma Stone, Steve Carell, Frances McDormand, Octavia Spencer, Sally Hawkins and Woody Harrelson weren’t in the house, their directors and castmates filled the room, where they were encouraged to mix and mingle with the press for some on- and off-the-record chats.

Andrea Riseborough, Elisabeth Shue, Austin Stowell and Natalie Morales from the Billy Jean King movie The Battle of the Sexes were there along with their co-directors, Jonathan Dayton and Valerie Faris. Three Billboards in Ebbing, Missouri director Martin McDonagh and producer Graham Broadbent hung out at the bar to reunite with some of their cast, including star Sam Rockwell, Abbie Cornish, Darrell Britt-Gibson and Kerry Condon.

Guillermo del Toro was constantly surrounded by people wanting a chance to chat with the director of The Shape of Water.

A moment of panic ricocheted through the back of the restaurant when an oversize vase full of flowers on the buffet tipped over but just missing falling on Riseborough and Shue.

First-time director Amanda Lipitz’s Step is a documentary about 19 members of a high school step team in inner-city Baltimore.

“If this movie could empower the young black women of this country, the young women of this country no matter what color they are, the mothers, the wives, the daughters and the sisters to come together and stick together, then that’s what we set out to do, to inspire other young people,” Lipitz told THR. “Yes, everyone has struggles, that’s what makes you a human being, but you can get up from those struggles and you keep going.”

Lipitz puts her money where her mouth is, having used the money she and her producers received from Fox Searchlight when the studio bought the doc at Sundance to start college funds for each of the 19 step team members. She also said if the doc nabs an Oscar nomination, she will figure out a way to get the entire step team to Hollywood for the big night.

And speaking of inspiring and protecting young women, Battle of the Sexes’ Shue weighed in on Hollywood’s sexual harassment and assault scandals. “I’m very very impressed by how brave so many women have been,” she said. “I don’t know if I could ever be that brave.”

Shue recalled first moving to Hollywood from her native New Jersey. “There was always the myth of the casting couch we heard about,” she said “My mother worried about me being on my own coming out to L.A. I was 20 years old and all on my own.”

Shue is hopeful that the recent revelations about Harvey Weinstein, Kevin Spacey, Brett Ratner and more will serve as a wake-up call and not just for Hollywood. “All those creepy guys now know that there are consequences for their actions,” she said.

On a lighter note, Shue recalled the 1970s wardrobe she had to wear in Battle of the Sexes, including some very uncomfortable bras. “We had some undergarments that were very constricting,” she said, laughing. “I had to sit up very straight and because your boobs were pointed straight out like a shelf, if you didn’t sit up straight you’d literally fall over.” 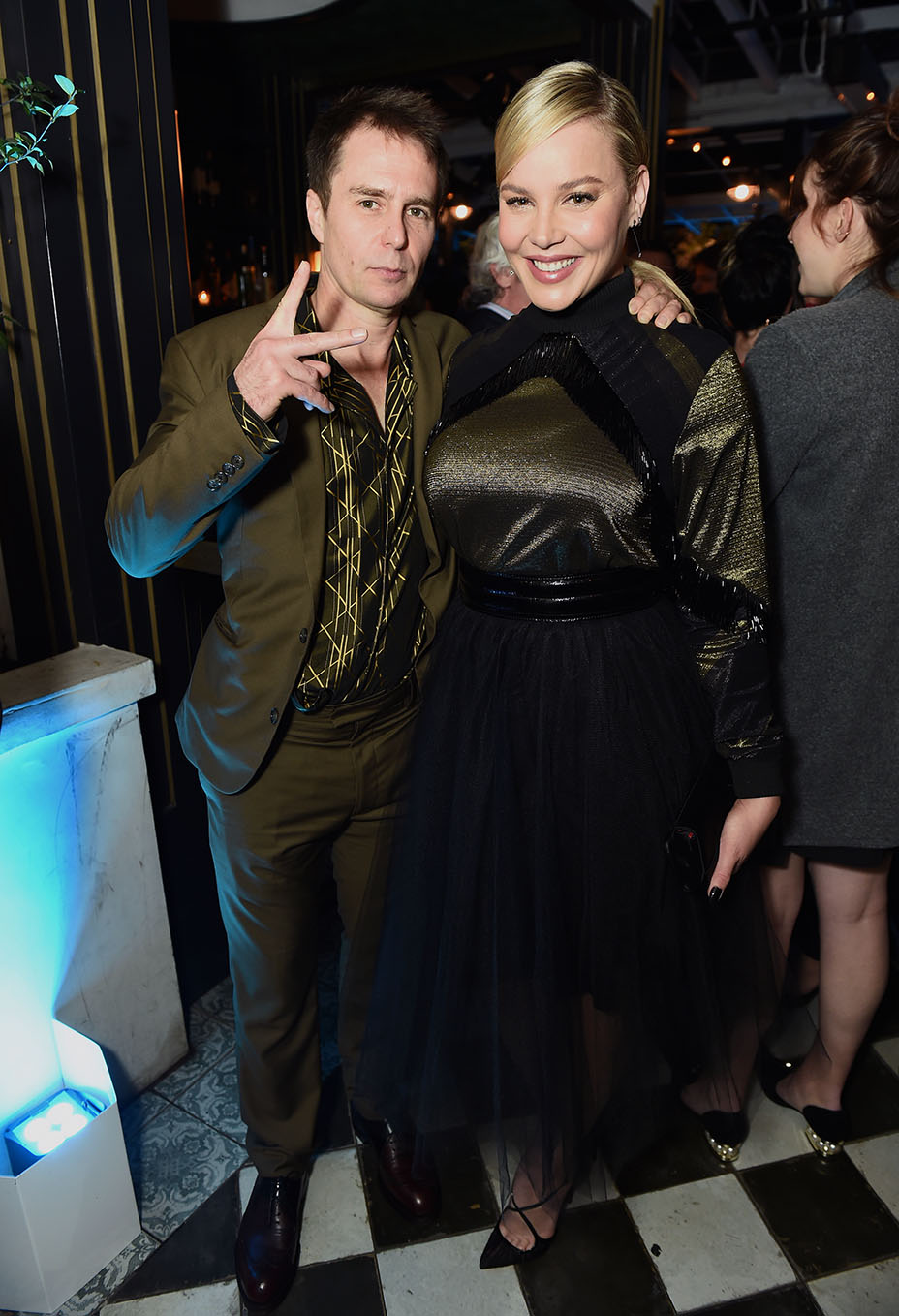 Toward the end of the soiree, THR caught up with Three Billboards’ Cornish as she was coming from the restaurant’s kitchen. “I’m so hungry and I know the owner,” she said.

And while Cornish told THR she’s never gone to see one of her movies when it’s playing in theaters, she did go to an afternoon showing of Three Billboards on Sunday at the ArcLight in Hollywood.

“I went to see another movie and I won’t tell you what it was because I didn’t like it so much, so when I came out I thought, I’m just going to see the next movie that is playing no matter what it is, and it was Three Billboards,” Cornish said.

“So, I went in and watched the film with an audience and I have to say, I laughed in different [parts], I cried like three or four times…. These moments were hitting me very heavily. I don’t want to give stuff away, but I was just gone. I didn’t realize it was going to hit me so hard.”

The Battle of the Sexes composer Nicholas Britell explained to THR he couldn’t stay out too late because he had to be up at 5 a.m. the next morning.

And he kept his word. Just as the party started winding down at about 9 p.m., Britell was outside waiting for his car. 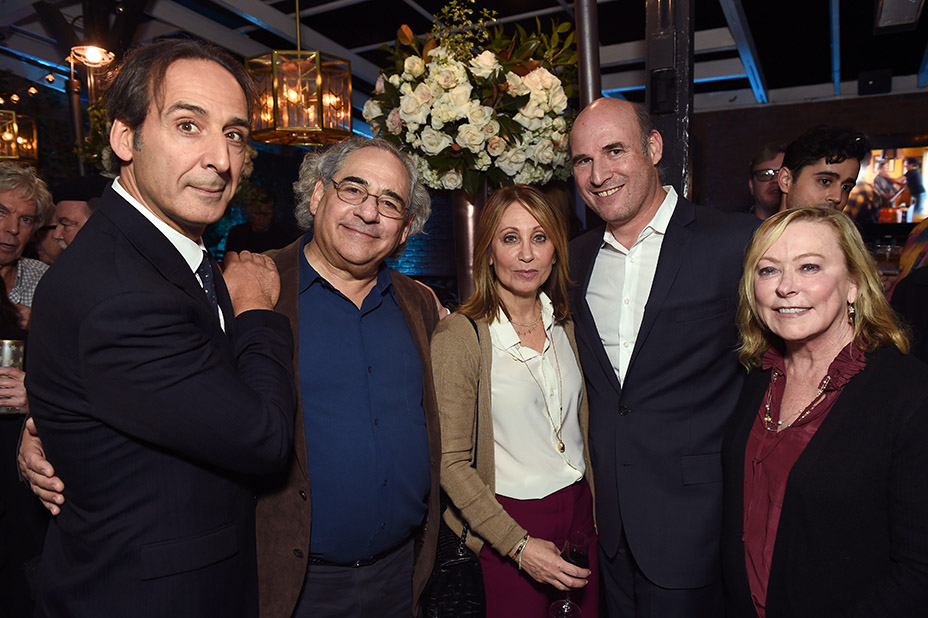