The film producer turned upstart venture capitalist riffs, at length, on his ethical-investing philosophy for the intersection of tech and media. Curly haired, cherubic faced and with a refined British accent, he speaks earnestly of building an “ESG-type framework,” a reference to the new wave, responsible-finance ethos of environmental, social and corporate governance. “We actually action that,” he assures, explaining that “we will give up investing in potentially massive growth companies if we don’t think they match that criteria around sustainability, diversity and inclusion and business ethics. We are adding strings to the bow as we go.”

In an era where a socially conscious business strategy — or at least the appearance of one — is practically a necessity, all of this would be unremarkable. But this is Michael Sackler, the 33-year-old heir to Purdue Pharma, whose golden goose drug OxyContin contributed to the national opioid epidemic that has killed more than 450,000 Americans over the past two decades. Hulu’s Barry Levinson-directed limited series Dopesick, set to air this year, will feature Michael Stuhlbarg playing Sackler’s uncle Richard, who as co-chairman and president was a key figure in the saga.

Michael Sackler, the youngest child of the late Mortimer Sackler and his third wife, Dame Theresa Sackler (who until 2018 sat on Purdue’s board), was raised among London’s elite in the wealthy district of Belgravia. He studied film in school — “it sounded cool and slightly easy,” he tells THR — before attending New York Film Academy and launching Rooks Nest Entertainment, a boutique equity-financing indie firm that specializes in projects of less than $5 million and was named after “my mum’s farm.” Rooksnest, as it happens, is a 5,000-acre countryside estate replete with formal gardens, pasture lands for heritage cattle and a stone manor that dates to the 16th century. Its ownership was until recently shrouded by a group of Bermuda-based shell companies. 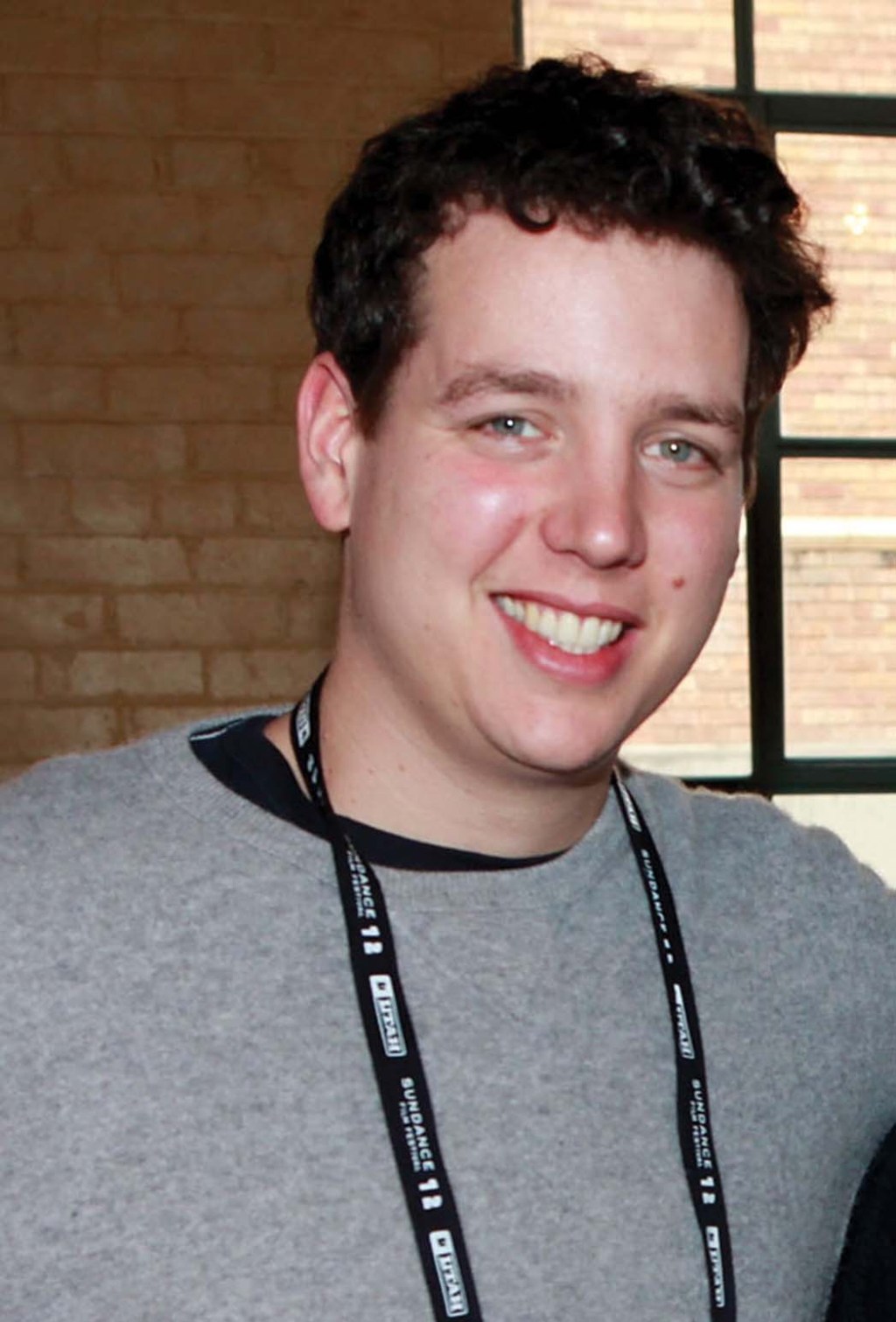 Rooks Nest’s first film, which Sackler fully produced, was Sally El Hosaini’s debut My Brother the Devil, about two London siblings who become low-level drug dealers. “It helped put us on the map,” he says of the project, which provided an early screen role for Letitia Wright. (THR described the movie upon its 2012 release as “crackling”; it scooped up prizes at Sundance and Berlin.) Two years later, he backed Jenny Slate’s acclaimed comedy Obvious Child, which landed a pair of Independent Spirit Award nominations, and in 2015 he bought into Gothic-horror The Witch, which helped launch the pre-Queen’s Gambit career of Anya Taylor-Joy. (Sackler isn’t the only family member involved in the film business; his cousin Madeleine is a noted director whose documentary about prison life, HBO’s It’s a Hard Truth Ain’t It, received an Emmy nomination in 2020.)

Soon, though, he turned his attention to media investing. “I realized I didn’t love films as much as I loved business,” he says, noting that his ambition is to “build really, truly, big businesses” and that “it’s so clear that unless you’re coming to the table with billions and billions of dollars to spend on movies, it’s so difficult to create [for] a major studio.”

So, while his film banner is still active (it financed, along with the BBC and British Film Institute, the Ben Whishaw-starring crime thriller Surge, which debuted at Sundance last year), Sackler switched his focus in 2017 to a venture capital fund that currently goes by the name Supernode Global and employs eight people. It launched with a pot of 28 million pounds ($36 million at the time), a mix of his own money as well as that of “friends and family.” Among the first stakes was immersive theater group Punchdrunk, which recently moved into TV with a Jude Law-headlining HBO/Sky limited series that aired in September, The Third Day. “I’m not just an investor but also sit on the board,” he explains, adding that in 2020 he was “heavily hands-on.” 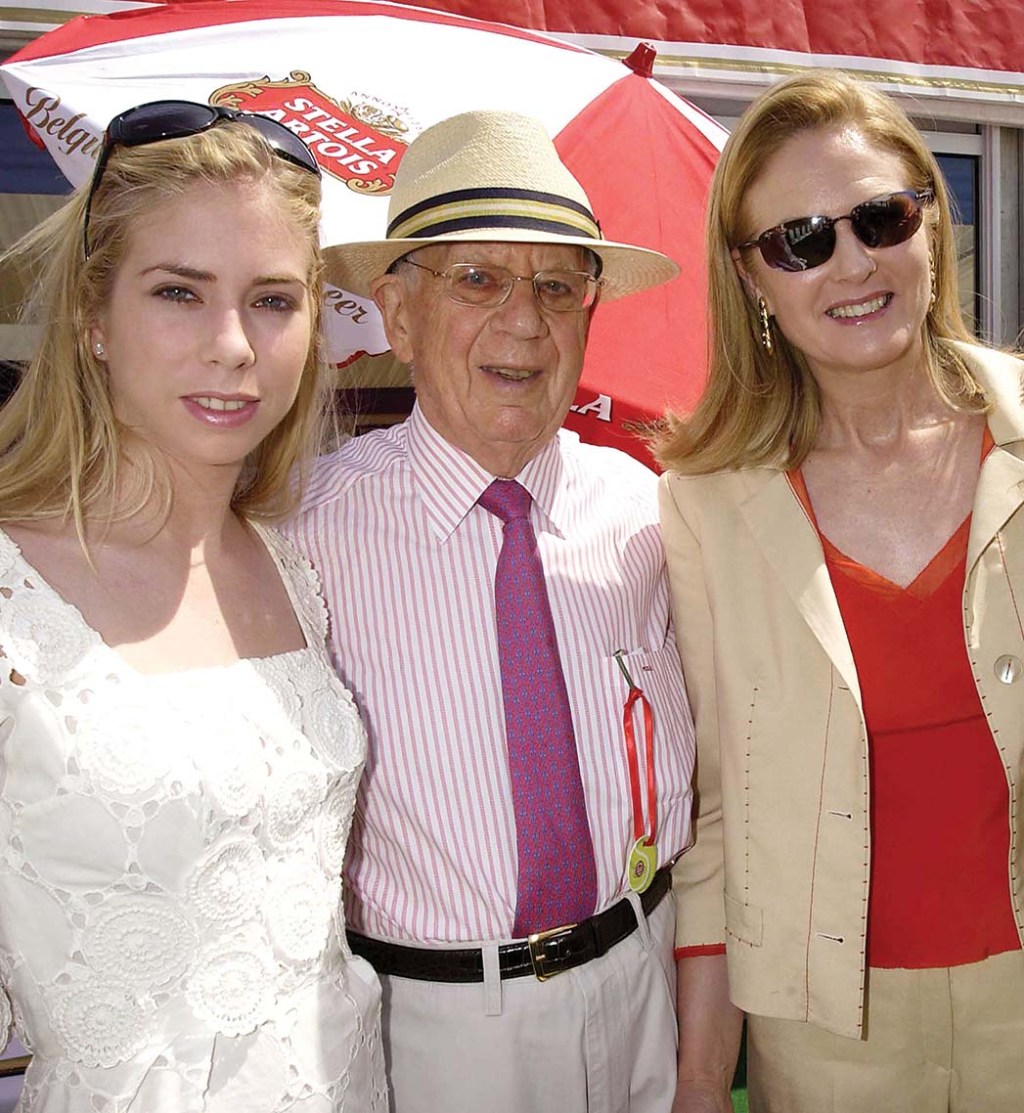 Other portfolio investments — Sackler details 17, with plans for five more by the end of the year, before a second round of funding — include exercise app FIIT, streaming management company inStreamly and online audio course creator AViD. The new “thesis,” as he terms it, that ties Supernode’s most recent assets together is “enabling technologies behind content rather than content itself.”

The Sacklers’ responsibility for the OxyContin scourge has made them pariahs in the United States. Institutions ranging from Tufts University to the Smithsonian and the Guggenheim have announced they’ve either stopped accepting gifts from the family or dropped the Sackler name from emblazoned buildings. In October, Purdue reached a settlement with the Department of Justice potentially worth more than $8 billion, admitting it had “knowingly and intentionally conspired and agreed with others to aid and abet” physicians in dispensing its prescription painkiller “without a legitimate medical purpose.” The Sackler family, one of the richest in the world — Forbes recently estimated their wealth to be $10.8 billion, down from $13 billion in 2016 — itself agreed to pay $225 million in civil penalties. (A criminal investigation is ongoing; the family has said it has acted “ethically and lawfully.”)

On March 16, Purdue filed a bankruptcy plan that would end the Sacklers’ control of the company and pay out a reported $10 billion over 10 years, with $4.3 billion — coming directly from the family — dedicated to government entities for opioid epidemic-related costs. The family issued a statement that said, “today marks an important step toward providing help to those who suffer from addiction, and we hope this proposed resolution will signal the beginning of a far-reaching effort to deliver assistance where it is needed.”

Massachusetts attorney general Maura Healey, the first to sue individual members of the family, decried the Sacklers’ plan as “get[ting] away with it by paying a fraction of their investment returns over the next nine years and walking away richer than they are today.” On March 19, Rep. Carolyn B. Maloney (D-N.Y.), chair of the U.S. House Committee of Oversight and Reform, introduced the loophole-closing Stop Shielding Assets From Corporate Known Liability by Eliminating Non-Debtor Releases (SACKLER) Act to “prevent bad actors from evading responsibility through bankruptcy proceedings.” 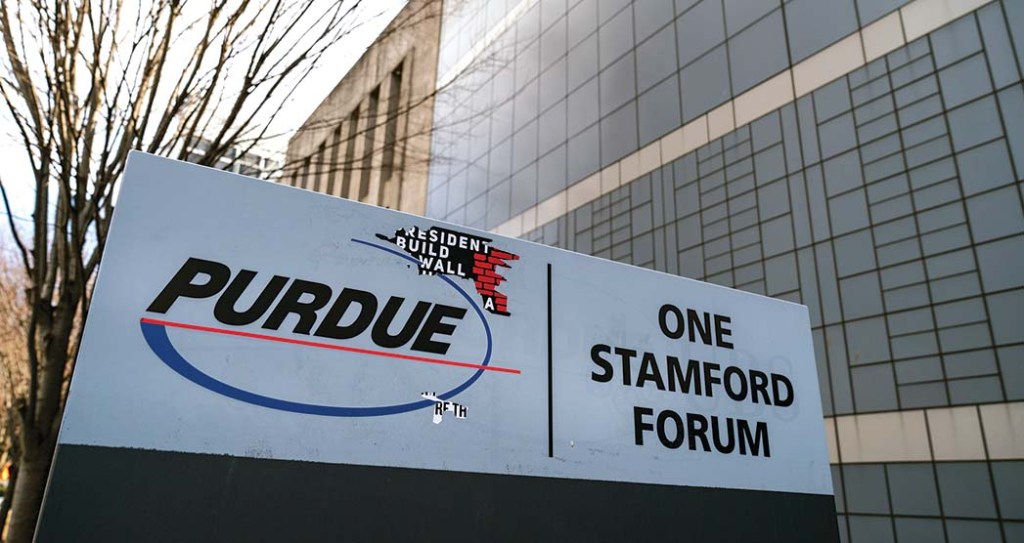 In Britain, however — where the opioid epidemic is not as widespread — the Sacklers are still known primarily for their high-profile philanthropic largesse. Donations have resulted in the Sackler Library at the University of Oxford, the Sackler Musculoskeletal Research Centre at University College London and the Sackler Crossing walkway over the lake at the Royal Botanic Gardens, among others.

So perhaps it’s understandable that this next-generation Sackler reveals there’s been no problem for him, at least from his perch across the Atlantic, as he builds a forward-minded enterprise out of moving his and his family’s billions into other businesses. “It’s not something that has caused a situation,” he says. “I think everyone understands what we’re trying to achieve as a firm and respects that.”

For his part, Sackler sees himself as an innocent. “I’ve not been a part of the business,” he says, referring to Purdue. “It’s something that is a historical legacy, it’s nothing to do with me,” noting that he was still a minor when claims against the company first arose. (The DEA found, in 2003, that the firm’s “aggressive methods” had “very much exacerbated OxyContin’s widespread abuse.”) He adds, “I’m very conscious that how I choose to use my own money is up to me, and I choose to use it in this way, which I think is a force for good.”

Daniel Halliday, a philosophy professor at the University of Melbourne and author of the 2018 book Inheritance of Wealth: Justice, Equality, and the Right to Bequeath, observes that Sackler is a beneficiary of significant suffering and that “it’s not enough to say you’re not the perpetrator. The moral and ethical presumption is that you surrender the fruits if you can. You don’t get credit for doing something else.” He adds, “If you’re not giving the money back to the victims, you’re just changing the subject.” 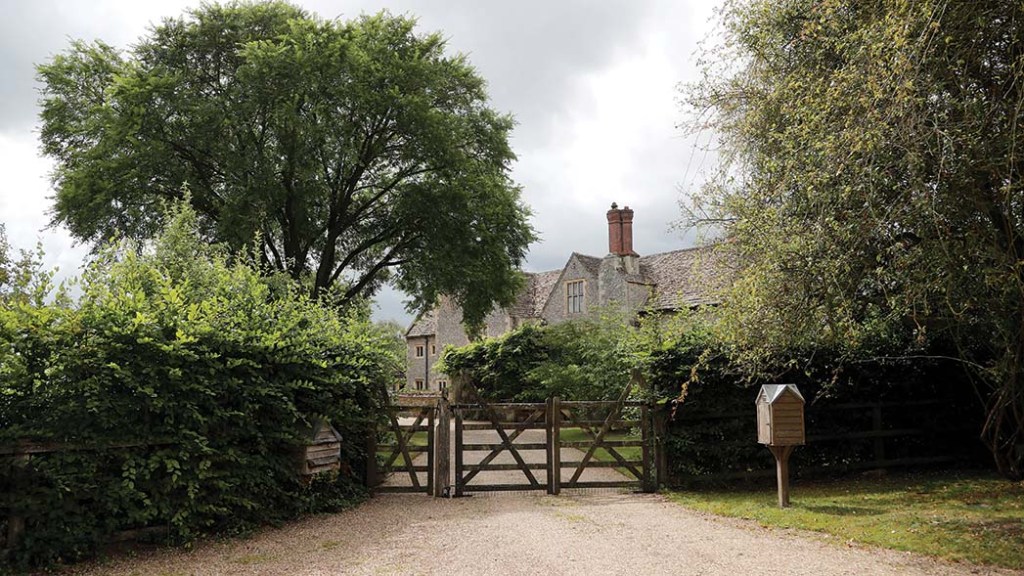 As an adult, Sackler has been deeply involved in his family’s crisis-management efforts. WhatsApp group chat messages provided to Anand Giridharadas, author of 2018’s Winners Take All: The Elite Charade of Changing the World and published in his newsletter The.Ink in December, show that in recent years he actively participated in family discussions about communications strategy and presented a multistep action plan to combat the opioid catastrophe Purdue had fueled. In one message, which THR reviewed, Sackler suggests a “documentary on the crisis/findings/healthcare/policy.”

More publicly, Sackler has been unabashed in diagnosing other hot-button corporate ills, figuring his fortune can help solve them. During a June appearance on Seedtable, a European tech podcast, he raised concern about how tech giants’ reliance on algorithms has yielded “dopamine cycles” that are “really squeezing everything out of you.” He then pointed to one of his own investments, 12traits, an AI-based management platform, that, according to Supernode literature, offers a “psychology-driven experience” that provides “companies with the most actionable way to understand and resonate with audiences.” Sackler describes it as a way for clients to get out of the “cycles and loops” of algorithms.

Sackler — who is seeking to separate himself from a dark, inconvenient past while professing concern for a complicated if potentially profitable present and future — returns to the topic in his discussion with THR. “The power of social media is really potent, and we have to make sure that it’s wielded in the correct way,” he explains. “Data is another critical point: How do you use that? Is that used ethically? It’s very much on our minds, it’s absolutely critical to how we build our firm and how we invest.” 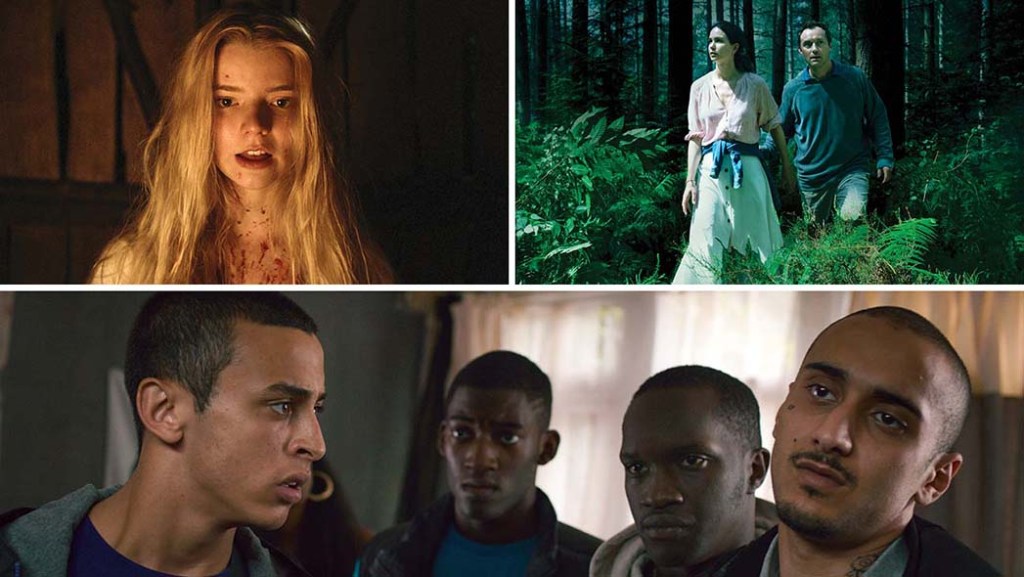 Chuck Collins, director of the Program on Inequality at the Washington, D.C.-based Institute for Policy Studies, sees Sackler’s activities as revealing — in part as a fellow inheritor of dynastic capital: Collins himself is the great grandson of Oscar Mayer, founder of the eponymous meatpacking firm. “Just as there’s multigenerational trauma, there’s multigenerational advantage,” he explains, adding that in his view “Michael is seeking an identity makeover with this fund. It comes from shame.”

Collins, author of a forthcoming volume titled The Wealth Hoarders, continues: “Privilege is a disconnection drug. It keeps you from seeing a chain of responsibility. It keeps you from feeling pain and suffering. You reconstruct self-narrative. The alternative is facing the suffering, which is huge. To feel the true impact of that chain of wealth creation or extraction would be too much to absorb. You have to look away and ignore. You have to deflect onto some other cause that becomes your pet cause instead.”

To this Sackler offered no response.