I’m currently the CEO of Funny Or Die. I’ve been a development executive at a company with a deal at Paramount, and an assistant on a motion-picture lit desk at UTA.

But the hardest I’ve ever had to work to get a job was to be a food expeditor at the Standard Hotel [which closed on Jan. 22, 2021].

Three grueling rounds of interviews. A critical recommendation from a dude I met who called himself “Kowboi,” which was honestly the only way I got my foot in the door. And all of that not to be a waiter or a busboy or even one of the chosen few who hung out in a glass box in their underwear all day. Nope, as the food expeditor. I was just the guy who brought people their food. That was it.

But I was 23. I’d just arrived in Los Angeles from Michigan and pretty much the only person I knew in town thought “Cowboy” was spelled with a K and an I. I was thrilled to get that job. And when I finally started work, I was not disappointed.

It was 2002, and the Standard was at the peak of its powers. On weekends, you could feel the electricity spilling off the Sunset strip and through the hotel’s big glass doors. There were beautiful people barely clothed everywhere. They’d party all night in the dark club with purple lighting everyone called “the lounge”; start their days with Bloody Marys in the mid-century diner; and move on to mojitos by the dazzling pool. A DJ was constantly spinning records next to the front desk, not far from the always dozing “box girls.” It all felt so new, so bold, so daring.

To a Midwesterner like me, aspiring to be a part of the mysterious world of entertainment, it wasn’t just quintessential L.A. — it was quintessential Hollywood. Virtually everyone who worked at The Standard was an aspiring something from somewhere far away. The valet from Iowa wanted to be an actor. The waiter from Minnesota wanted to be a musician. The waitress from Colorado wanted to be a dancer. And everyone — everyone — had a script. We were an entire old-fashioned studio of creatives without jobs, or at least without the jobs we really dreamed of. 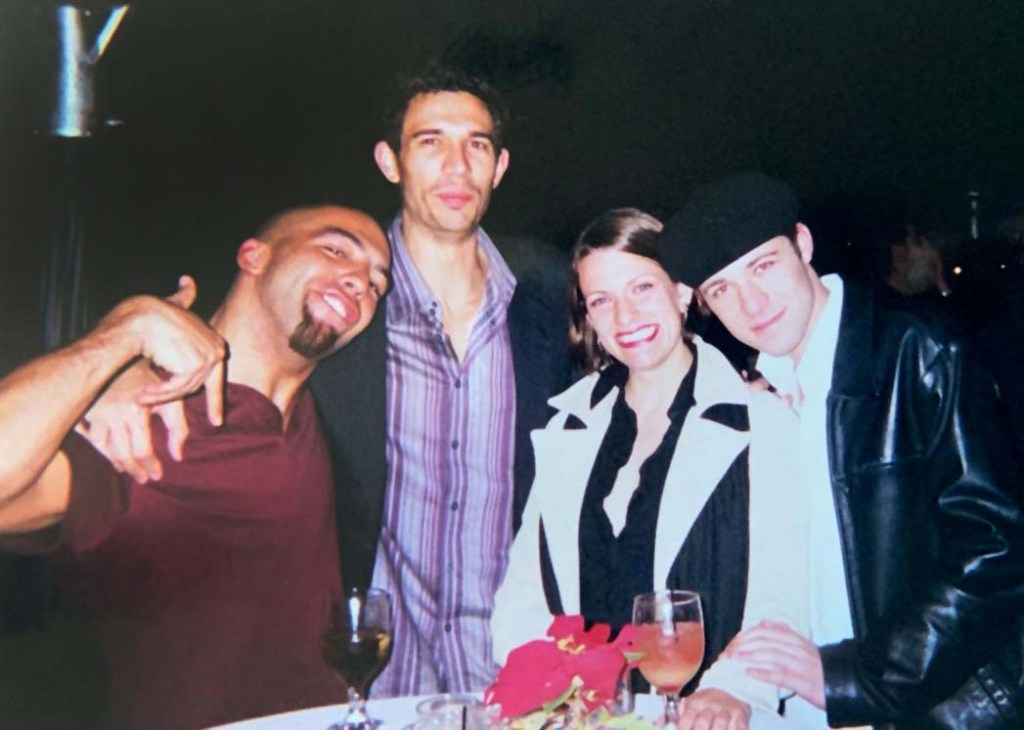 But our gigs at The Standard were the next best thing. Stars came and hung out just like the rest of us. Anthony Kiedis would order deconstructed salads with literally everything on the side. Justin Timberlake and Cameron Diaz would arrive for lunch and leave out the back to avoid paparazzi. Calling George (Clooney), Mark (Wahlberg) and Leo (DiCaprio) always by their first names, like we were all good friends.

And it wasn’t only about the stars. At The Standard, the entire hidden machinery of the entertainment business was cracked open and spilled out for everyone to see. Celebrities would drink by the pool, but so would assistants. Todd Phillips and Scot Armstrong would write in the diner every day — maybe they were coming up with the next Old School?

I remember spotting my very first bound CAA script with its bold red cover and the CAA logo in white, resting on a pool chair. No one was watching, so I took a peek at the cover. Batman vs. Superman?? Holy shit! Maybe this was Ben Affleck’s copy!? Or maybe it was his assistant’s!? Whatever it was, I had to get Philip Seymour Hoffman his Cubano.

The magic was so close, we could literally touch it — we just needed to figure out how to be a part of it. And The Standard helped with that too. This was long before you could just point your phone, shoot something, and post it on TikTok. Aspiring creatives needed resources back then, and The Standard let us shoot there, use its offices for casting so we could seem mildly credible and even hold fundraisers for our projects in the lounge, all for free.

I produced my first short there — Kowboi directed — and during the middle of our hectic, incredibly DIY overnight shoot, the accomplished actor Lili Taylor saw us and said it looked like a very professional production. I introduced my director by his legal name, which was Shawn. 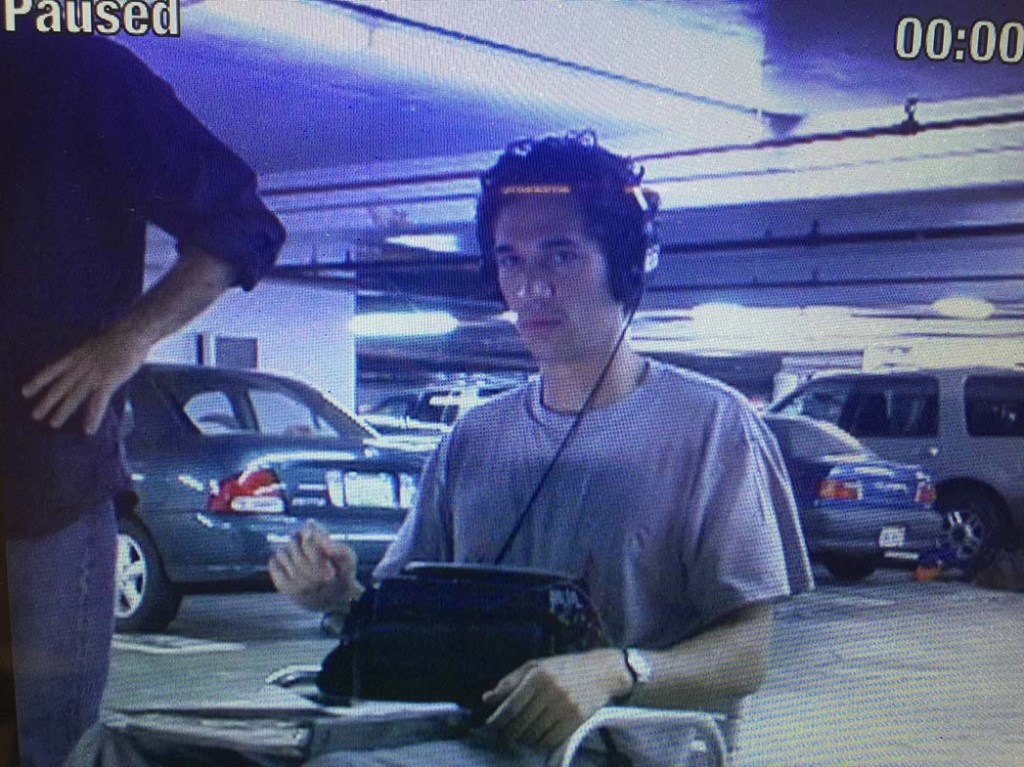 Don’t get me wrong. It’s not like all of us, or even most of us, made it. A shockwave jolted the entire staff when it was rumored that Bokeem Woodbine — Bokeem Woodbine! — “liked” a script written by a guy in security. All these years later, I fear the Woodbine script may still be stuck in development. Sure, some of my colleagues went on to work in entertainment, including the very talented filmmaker Victoria Mahoney. But a lot of others ended up getting jobs in the real world, and some ended up leaving L.A. altogether. As for Kowboi, he’s currently moving to Chicago to do lighting design for a video game.

At the end of the day, though, our experiences there were never really about achieving a strict definition of entertainment success. It was about forming a creative community of like-minded dreamers who could share a journey together, support each other during exciting but confusing times, and help guide each other on to the next, even bigger, probably-not-nearly-as-fun phase of life — in whatever field we ultimately chose. Not dissimilar to the ethos we worked to establish in the first days of Funny Or Die.

As institutions like The Standard fade away, and as other Hollywood restaurants and hotels suffer during the pandemic, I wonder if we’re losing something we can’t get back. Not just a slice of history or even a source of badly needed employment — but a thriving community of strivers and believers, of people who help each other and help make this city, and this business, special, even magical.

I can only hope that, as the world changes, places like The Standard remain to give hard-working, incredibly naïve aspirers like me a shot — even if it’s just bringing food to someone’s table. 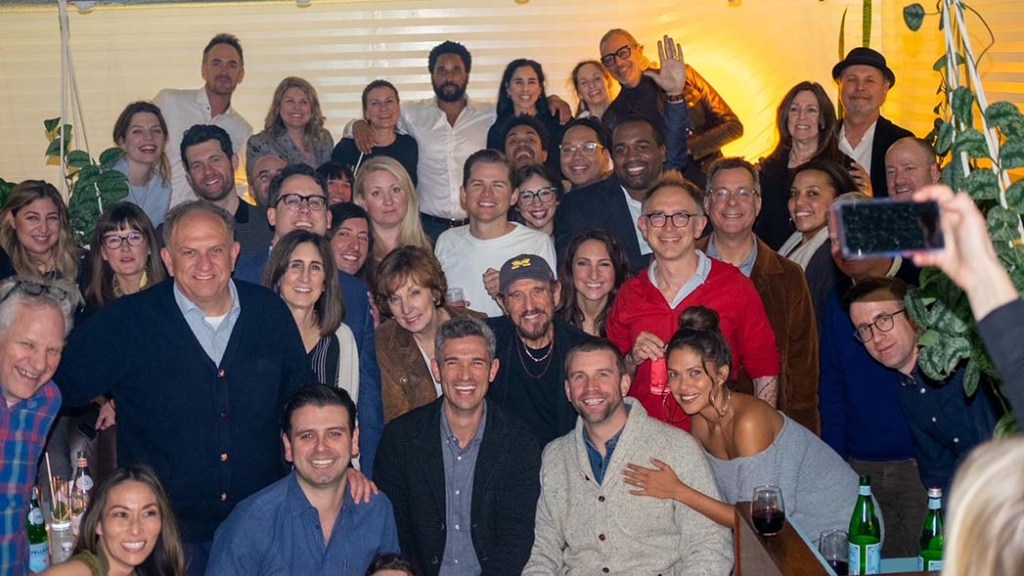 Mike Farah is CEO of Funny Or Die. His brother, Chris, is a writer based in Los Angeles. They hail from Ann Arbor, Michigan.