Although Rita Wilson has been cancer free for a couple of years, her upcoming album, Halfway Home (set to release in March), features “Throw Me a Party,” a song that reflects a precious moment with husband Tom Hanks when she was first diagnosed. The actress/singer served as the honorary chair for the Women’s Cancer Research Fund, which held it’s “Unforgettable Evening Gala” Thursday at the Beverly Wilshire Hotel.

“You don’t know what’s going to happen. You get that diagnosis, it’s shocking. It’s scary, It’s terrifying, and I said to Tom, ‘If I should go before you, I hope it’s way, way in the future but if that happens, please just throw me a party, I want it to be a celebration,’” Wilson told The Hollywood Reporter on the Women’s Cancer Research Fund Gala’s pink (a nod to the color associated with breast cancer research) carpet.

Events of the Week: 'Thor: Love and Thunder,' 'Westworld' and More

“I want people to be sad, but I want them to celebrate my life and the way I lived my life, which is to the fullest every single day. I think every day is a gift,” she added.

The WCRF’s “An Unforgettable Evening Gala” was just that — a tribute to the lives of those who had survived cancer and honoring the memory of people cancer had impacted. WCRF is a branch of the Breast Cancer Research Fund that supports research, education and outreach to pinpoint methods of early diagnosis treatment and prevention. BCRF has given over $63 million dollars in grants toward breast cancer research.

The marble-lined ballroom was adorned with breast cancer awareness pink from the carpet and lighting to the hot pink table tops. Wilson, Kate Capshaw and Steven Spielberg served as honorary chairs for the evening and Miley Cyrus, who attended with husband Liam Hemsworth, was the performer. Actresses, producers and authors Kate Hudson and Gabrielle Union — who received the Courage Award and Unsung Hero award at the gala last night, respectively — were honored during the ceremony.

“If you call her [Gabrielle Union] to come and do a car wash for an event, she will be there. She is just that type of woman, and that is why it’s so important that she gets recognized for this type of award,” talk show host, Loni Love told THR of Union. “She works tirelessly for all women and to be able to do that—to balance her family, to balance her work life, but still be able to raise funds for women is wonderful and is very important.”

Union even plays a role as an “unsung hero,” starring as Mary Jane Paul in BET’s Being Mary Jane — the finale of the series will air in April. When asked about what Mary Jane will be saying in the 2019 political climate, Union told THR that #MeToo founder, Tarana Burke will be guest-starring in the series finale film.

“Luckily, as a #MeToo survivor, I was able to get one of our biggest leaders to come on our show and raise more awareness about sexual violence and toxic masculinity and really address it in a hopefully effective, really super relevant kind of way,” Union said. 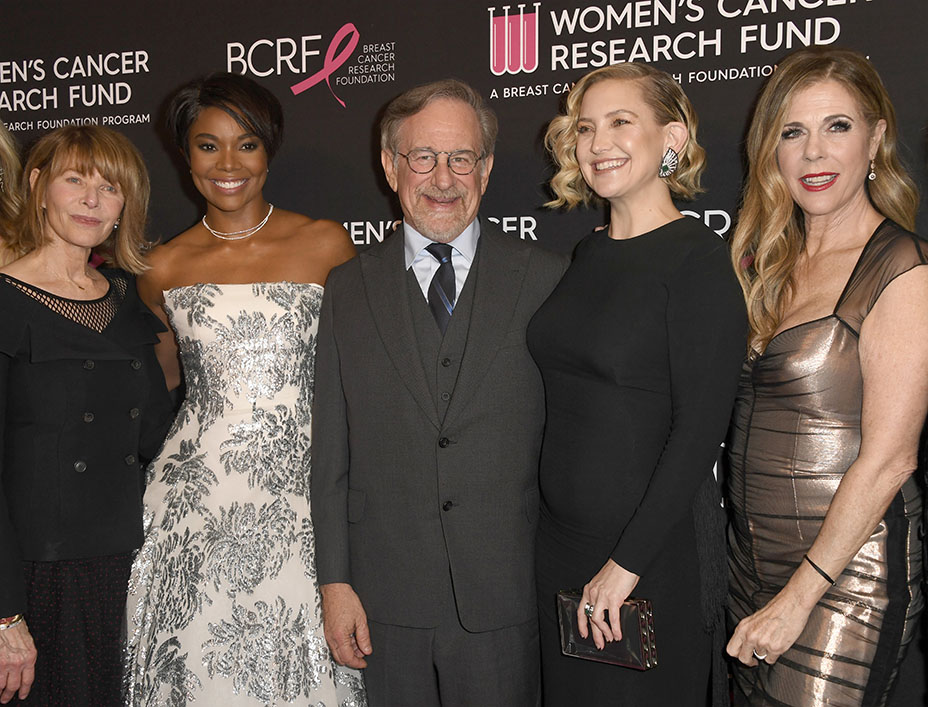 “As a doctor myself, it is an honor to be introducing a fellow doctor. Even though this doctor has never been in a Hangover movie, he is still considered a great guy,” Jeong said onstage. “I no longer practice medicine since I converted to Hollywood, I do practice life, and I am in awe of lifesaving work done and supported by so many of you here tonight.”

“Her first movie was, I believe She’s All That, and the truth is, she’s been all that ever since.” Wilson noted.

The star was tapped for “standing up for others” through her charitable and philanthropic work in educating women about breast cancer screenings, prevention and “closing the gap for breast cancer disparity,” Wilson said. Union also ran in The Global Race for the Cure in Washington, D.C., in 2012 in honor of her friend Kristen Martinez, whom she lost to breast cancer.

“I’m no hero, unsung, or otherwise…. I’m fighting this fight alongside you and all the countless people who do this work without red carpets and pretty dresses; who are shaping and saving lives daily,” Union said while holding the award. The Being Mary Jane star accepted the honor on behalf of Martinez. “The last time I saw her, I asked her what do you want me to say? What do you want me to do? And she said, ‘Don’t let me die in vain.’ She also said, ‘Don’t let them bury me without waxing my mustache.’ But I promised her that I would carry on the work we started together and not stop until there is a cure.”

Wilson then introduced the WCRF Courage Award, Hudson — nostalgically recalling a memory when the then 14-year-old Hudson drove by the Wilson-Hanks house to see if their son, Colin Hanks, was home. “Sorry, Danny,” Wilson joked. In all seriousness, Hudson was being honored for her “strength, her grit, and her courage in supporting women through raising awareness and funds in breast cancer research,” Wilson said.

Hudson accepted the award in front of her parents, Goldie Hawn and Kurt Russell. A little teary-eyed, she said writing the speech was “one of the most challenging things.”

“Cancer makes me mad as hell. It’s taken too many lives. So many times we think of courage as the fight, and rightfully so. My grandmother is a cancer survivor and I’ve seen many women who have also won that fight, and they are all heroes to me,” Hudson said. “I also want to highlight the courage it takes to let go.” She then accepted the award on behalf of her grandmother, godmother and aunt. The latter two succumbed to cancer.

The evening capped with designer and filmmaker Tom Ford introducing Cyrus onto the stage to perform with a band that included guitarist Max Bernstein, fresh from Taylor Swift’s Reputation Tour. Clad in a pink Tom Ford suit with a baby pink collar — Cyrus performed her latest single, “Nothing Breaks Like a Heart.”

That night, Cyrus and Hemsworth even texted in a donation of $10,000 to honor Cyrus’ creative partner, Diamond, who started chemotherapy the day before. Cyrus called her performance that night “serendipitous” because of it. The singer also paid tribute to her grandfather, whom she lost to cancer 10 years ago to the day.

“It doesn’t matter what kind of cancer you have, they all suck,” Cyrus said. “I want to sing this for him tonight.”

She closed the night with her hit song “The Climb,” to pay tribute to those impacted by the illness and received a standing ovation as she finished the words: “It’s all about the climb, keep your faith.”