Laughter might be the best medicine, but it’s also rebellion — at least according to the Ms. Foundation for Women, which on Tuesday evening celebrated its 23rd comedy night at Caroline’s on Broadway.

“In all those public opinion polls, what women fear in men is violence, and what men fear in women is ridicule. I think we have a very peaceful and good weapon here,” Ms. Foundation founding mother Gloria Steinem told The Hollywood Reporter. The theme for the evening was “Laughter Is Rebellion,” and while in past years Steinem has tried her hand at standup onstage, she took a more serious note this year.

“We’ve always found ourselves making jokes and laughing in order to survive and in order to say how ridiculous things are,” Steinem added. “As activists, we’ve always done that.”

Ms. Foundation president and CEO Teresa C. Younger welcomed the guests to Caroline’s, owned by Caroline Hirsch, who is also a former Ms. Foundation board member. Judy Gold, Sasheer Zamata, Michelle Wolf, Maysoon Zayid and Chloe Hilliard performed sets featuring topics ranging from catcalls, dating, motherhood, marriage and more. “Grab yourself by the pussy!” Zamata said after a particularly incisive bit on the importance on women getting familiar with themselves before letting someone else explore.

The comedians insisted that there are no taboo topics when it comes to jokes. “As far as comedy is concerned, there is never a topic off-limits,” Hilliard said. “I think the public is more sensitive because of #MeToo, and what they don’t realize is that is our coping mechanism, to talk about  things that make people feel uncomfortable. I feel like when people protest on behalf of us, it’s kind of like someone speaking on behalf of someone they’ve never met before.”

The comedians agreed that the comedy has become a safer space for women post-#MeToo, while also opening up the opportunity for more diverse voices. “Now we can know that it’s not OK to be treated a certain way backstage,” Zayid said. “I’ve been in comedy for 20 years, and it used to be like, that’s what happens backstage. I’m so happy that comedians coming up now can know that it’s OK to say no.”

However, when asked about certain male comics coming back into the spotlight after #MeToo allegations, Zayid had something else to say. “I think that if they do want to come back, they shouldn’t force themselves on audiences, and I think that it’s an extension of abuse when these comics are coming back without asking the audience’s permission.”

Overall, everyone wants to put the question, “Are women funny?” to rest. “It’s like saying are women … human,” Steinem said. “Women have always been funny. We’ve had to be funny in order to get through these times.” 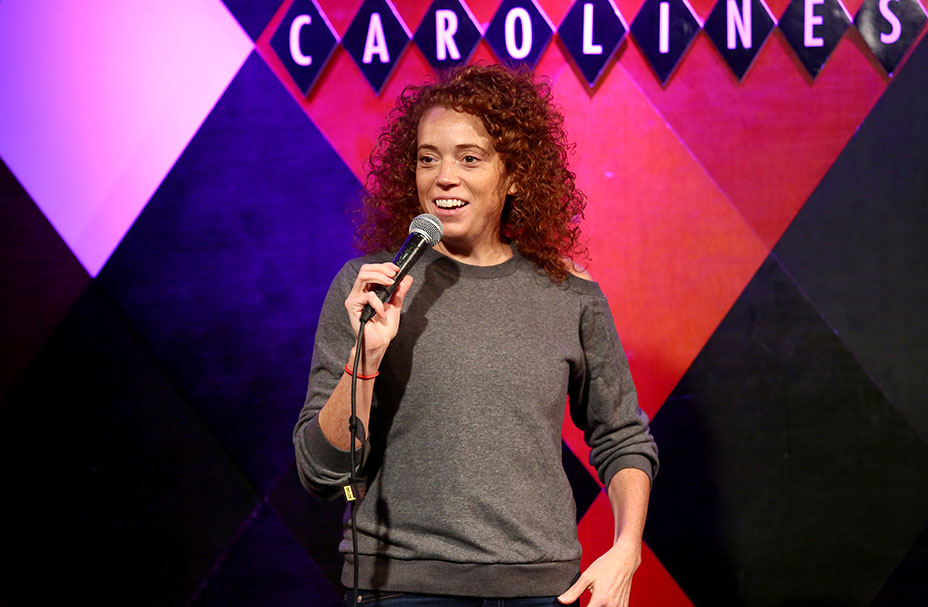