Against all odds, Andy Karl took the stage at the opening night of Groundhog Day, the Broadway musical adaptation of the 1993 screen favorite.

The actor — who plays the Bill Murray role of jaded TV weatherman Phil Connors, stuck on a loop in small-town Pennsylvania — received thunderous applause from the audience and cast at the curtain call Monday. It was his first performance since tearing his ACL on Friday night.

“It’s been a crazy 72 hours,” Karl told The Hollywood Reporter. “Every hour, I’ve just been thinking, How am I gonna do this? I have to. ‘The show must go on’ has just been ringing in my head. Champions adjust.”

Karl originates the role in the Matthew Warchus-directed musical after its run at London’s Old Vic, and had won the Olivier Award for best actor just days before. But then came the onstage snafu, when Karl makes a leapfrog jump over another actor. “I’ve done it a million times and I don’t know what happened,” he recalled of the moment. “Never again!” After a 15-minute pause, Karl opted to finish the show with a cane in hand. Saturday’s matinee was canceled, and understudy Andrew Call led that night’s performance. (Sunday, thankfully, was the show’s day off.)

Producers initially debated delaying opening night, but with minimal options, since shows must open before April 27 to qualify for the Tony Awards — a final week of eligibility during which other productions are set to debut nightly. So after nonstop physical therapy and a shot of cortisone, Karl reunited with the cast at the August Wilson Theater on Monday morning — they spent six hours tweaking the entire show to accommodate his injury. He wore a knee brace under his pants and took extra care during the physical comedy bits, like jumping in and out of bed each “morning” and humorously running across the stage.

“The leg actually feels no pain right now,” said Karl, who decided not to treat the injury with surgery. “I’m gonna slowly get better and see how far I can go.”

“At first it was upsetting — you start thinking, maybe this one has just too many hurdles — and then you have a night like tonight, which couldn’t fly more in the face of that negative narrative,” says Tim Minchin, who penned the music and lyrics. “This was such a triumph. Andy couldn’t even stand yesterday.”

And though Karl was offered a chair in the press room of the Gotham Hall afterparty, he instead walked around to speak to reporters and greet guests Ben Stiller, Mariska Hargitay and Peter Gallagher (his onscreen father on Law and Order: SVU). He received another resounding applause upon entering the party’s main ballroom.

“People of the theater, this is what we do,” said Karl, a two-time Tony nominee for an On the Twentieth Century revival and a musical adaptation of Rocky. “The message of the show is that the people around you enrich your life and make you a better person. Tonight, with the cast and the crew and our families, was the ultimate proof of that.” 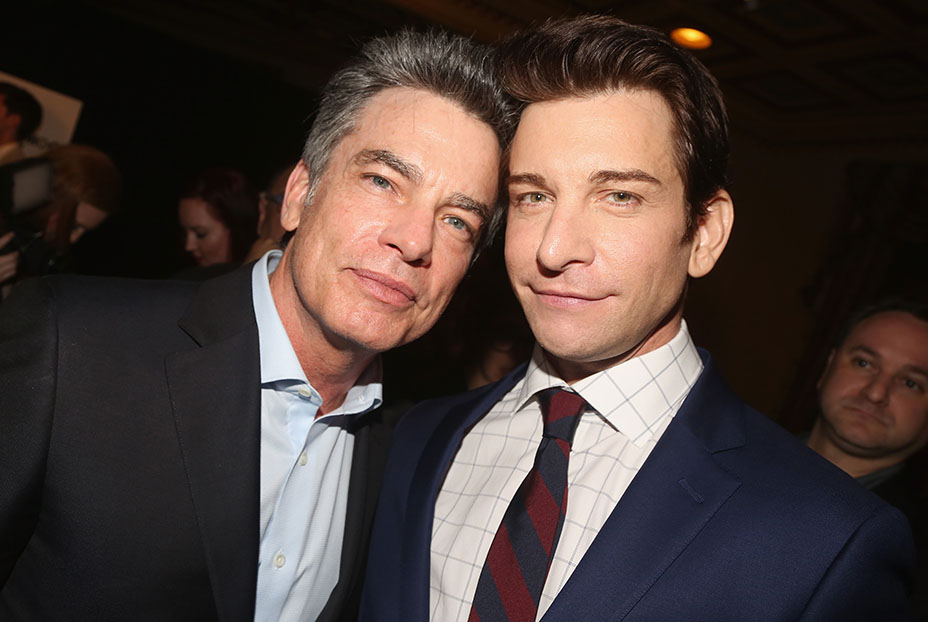