The theater never has been solely a place to be entertained. It also can be dangerous. As a playwright, I only know I am on the right track when I become frightened by what is unfolding on the page.

John Kani, an actor and writer who worked in apartheid-era South Africa, said he expected that by the time he was done with a performance, the police would be outside. And they were. He was arrested. Arthur Miller and Clifford Odets used theater as a form of resistance during McCarthyism. There were consequences, but they expressed themselves nonetheless.

The cast, creators and producers of the Broadway musical Hamilton accomplished exactly that when they confronted Vice President-elect Mike Pence following a performance he attended Nov. 18. Brandon Victor Dixon, who plays Vice President Aaron Burr in the play, thanked Pence for attending, then read a statement co-crafted by Hamilton creator Lin-Manuel Miranda: “We, sir, we are the diverse America who are alarmed and anxious that your new administration will not protect us, our planet, our children, our parents, or defend us and uphold our inalienable rights, sir. But we truly hope that this show has inspired you to uphold our American values and to work on behalf of all of us. All of us.” 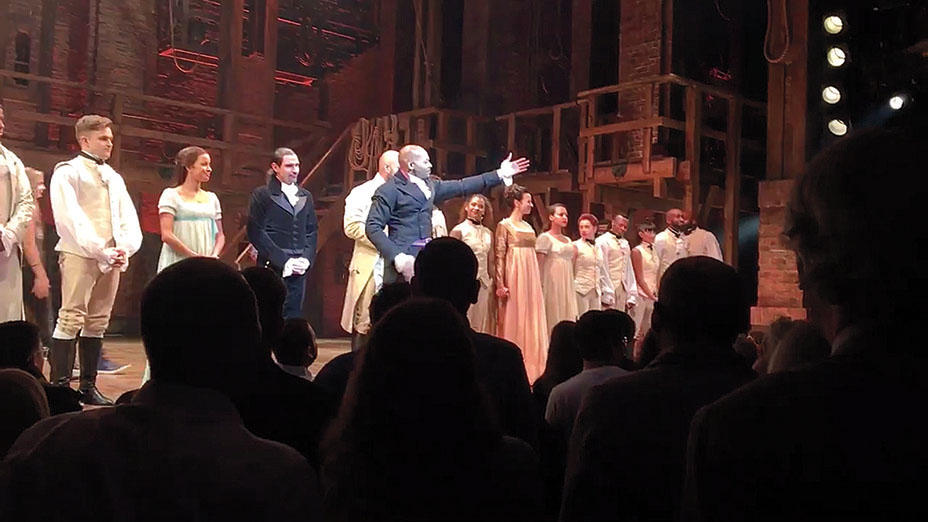 Hamilton‘s greatness is that it tells the story of the birth of our nation through the voices of 21st century America. To watch the play is to witness that all of us have a rightful claim to the history of this great land. It is to recognize an inclusive and diverse nation. So for the cast to address the vice president-elect about inclusion and respect, and to share their fears and concerns in a theater, could not have been more appropriate. They did not harass him; rather, they appealed to him as a fellow American, to his humanity, to his intellect and to his heart. We are now who you represent, they said. Please address our concerns. That is as American, democratic and representative as it gets. And to his credit, Vice President-elect Pence did not object to the address. Why should anyone else?

The cast of Hamilton addressed Pence directly for all those who may never have the opportunity. It is crucial to understand the effect that the 2016 presidential campaign had on many Americans: people are scared that the divisive rhetoric used by the president-elect may be turned into legislation by our congress, and may even justify hatred and exclusion. Freedom of speech does not exist in some other parts of the world and it must be protected. We cannot allow it to be threatened here in the land of the free and the home of the brave — especially by those who bear the responsibility of leading us.

I am deeply appreciative of Lin-Manuel Miranda, Brandon Victor Dixon and the entire company of Hamilton because what they did should rouse all of us in the creative community to action, and awaken the giant in us all. We must not choose complacency. As storytellers, we must focus on inclusion, diversity and equality like never before, and we must ask ourselves, “Where do we stand and how will we fight for our values?”

I am putting down my smart device and turning away from other distractions disguised as necessities. I will tell stories from the core — stories that scare me, that might come with consequences. I recognize this moment for what it is: one for which our children will hold us accountable. How will we be remembered as an artistic community? Did we find new ways to fight for inclusion, equality and justice, or did we bury our heads in the sand and wait for the storm to pass?

The company of Hamilton seized a once-in-a-lifetime opportunity, and in that moment, they expressed the voices and concerns of many. It was a war-cry. 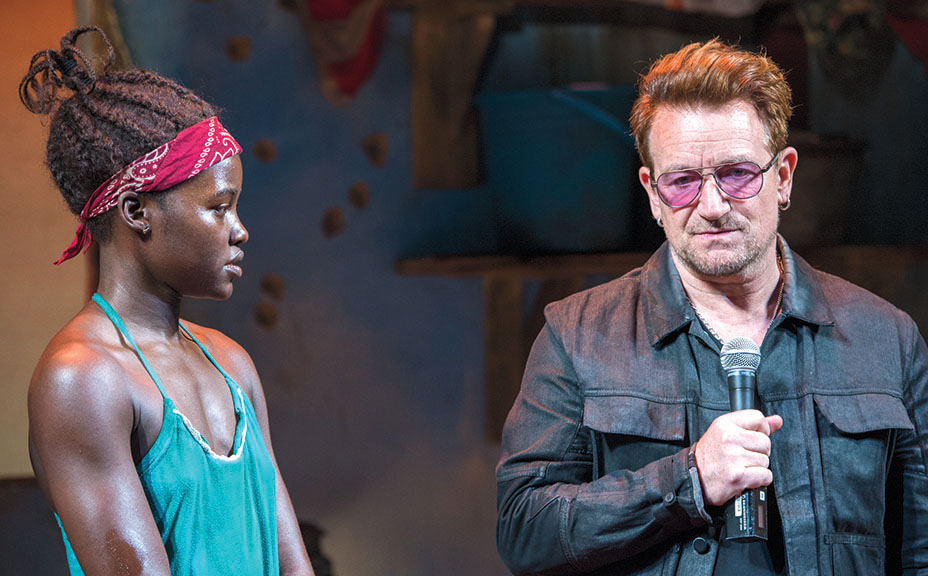 We must be resilient, tactical and fearless, and make use of every platform we possess to truly become the change we still believe in. The theater is a living, breathing exchange between artist and audience. It is a sacred space — when you walk in, you are in the hands of those who have labored to craft the performance. And it is often a place where societal discomforts are confronted, where disenfranchised voices are heard; where freedoms are expressed and protected.

My play Eclipsed focused on four young women caught up in the Liberian civil war. At the end of each performance, we stated the names of two Chibok schoolgirls abducted in Northern Nigeria who were still being held captive. We then asked the audience to repeat those names — a tradition started by our first special guest, Bono. We continued it every performance thereafter. I found it to be one of the most powerful things I ever had experienced. It made our theater all about those girls, and laid the responsibility for their survival with those who had just uttered their names: the audience.