It’s called the Artists and Writers Game, but the softball showdown that has drawn a crowd to East Hampton, New York, every August since 1948 has fielded many a star, mogul and even ex-president.

One 'Rust' Producer Dodges Some Claims in Suit From Script Supervisor

'Rust' Rallied Hollywood, But Has Spurred Limited Action So Far

This year’s game, set for Aug. 19, will see Billions writer Brian Koppelman, CNN’s Carl Bernstein and Assassins’ Creed scribe Bill Collage on the writers side, while Lori Singer bats for the artists. The event is “like a holiday out here and it brings the creative community together in a very competitive environment,’’ says Leif Hope, the event’s organizer and captain of the artists’ team. Past participants have ranged from Bill Clinton, who first served as umpire in ’88, to Supreme Court Justice Stephen Breyer, who also umped, to James Lipton and onetime Sony CEO Howard Stringer, who worked as announcers. Christie Brinkley once swung a bat.

Alec Baldwin was a regular player until recently, and now just comes as an observer. “Alec is very competitive,’’ says New Yorker writer Ken Auletta. “One time he was on third base, Jay McInerney was catching and I was playing left field. A fly was hit to me that was so short nobody would have tagged up from third base. I threw it to Jay, who could have checked his email waiting for Alec to arrive — but Alec ran into him to try and knock it out of his hand. They both wound up on the ground.’’

Clinton’s annual appearance can be disruptive. “Last year, he stood next to third base and the game stopped,” recalls Auletta. “I had to say, ‘Mr. President, can you please get off the field? We have a rally going.’ ” But star power often wins out over prowess. “Peter Jennings would come to watch, and one year we let him use a special wider bat,” says Auletta. “Roy Scheider decided to pitch him a tomato instead of a softball, and it splashed all over him.’’ 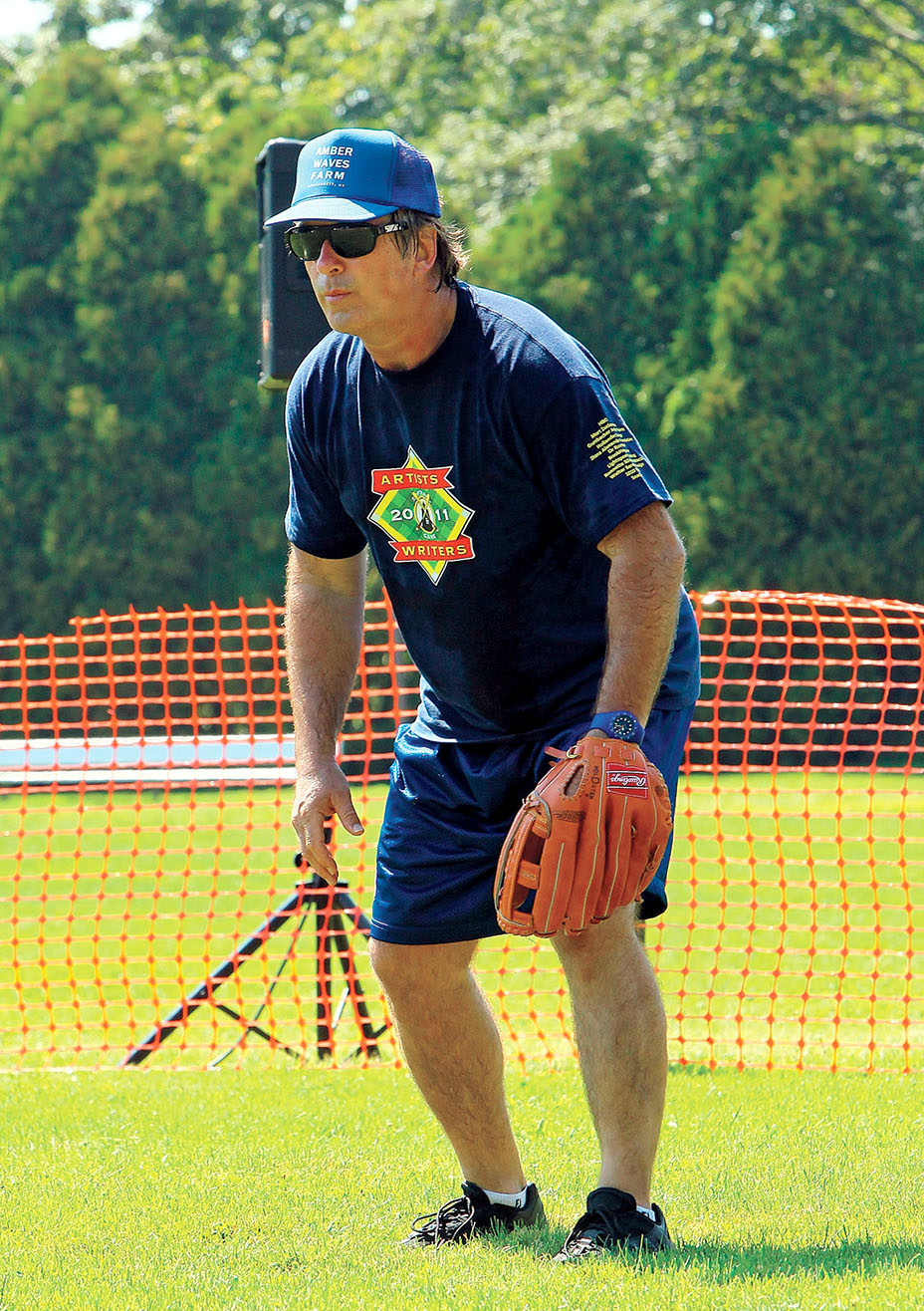 Christopher Reeve joined the Artists team in 1989 after hearing about the game at a local grocery store. “Chris was an accomplished rider and athlete but not a natural ballplayer,” reports artist Eric Ernst, grandson of Max Ernst. “He moved with his arms and legs akimbo, and people thought it was funny that Superman ran like a girl. He did wind up scoring the winning run because Paul Simon singled, Mort Zuckerman fumbled the ball and Reeve slid home.”

Simon stopped playing in the late ‘90s after a collision. “He would show up but he was never very friendly; he came to play and wasn’t there to make friends,’’ recalls Ernst. “He ran into a fence and had to have work done on his teeth, and nobody was very sympathetic to him. That was his last game.’’

NBC News chief Andy Lack was grounded after being tackled by boxer Gerry Cooney. “Cooney was 6-foot-6 and had never played softball, and he thought you were supposed to knock over the first baseman rather than just touch the base,” says Ernst. “He broke Andy’s shoulder.” 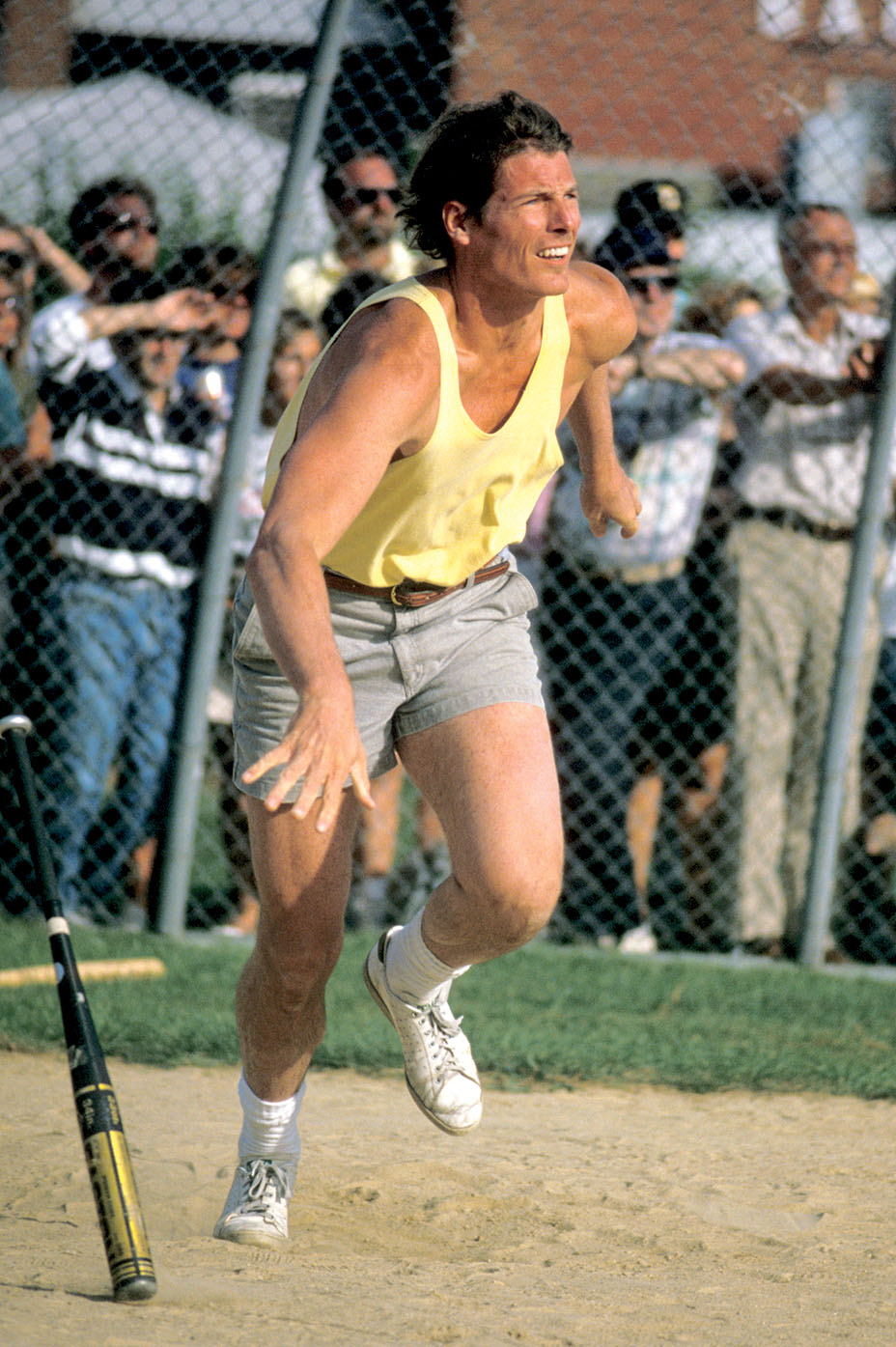