Following critically lauded, hot-ticket runs in both London and New York, The Lehman Trilogy will return to play Broadway in the spring, with the original cast of Simon Russell Beale, Adam Godley and Ben Miles all reprising their roles.

Producers The National Theatre, Neal Street Productions and Scott Rudin/Barry Diller/David Geffen confirmed the transfer today, with the play booked for a 16-week limited engagement at the Nederlander Theatre. Previews will begin March 7, ahead of a March 26 official opening.

Adapted by Ben Power from the epic Italian work by Stefano Massini, The Lehman Trilogy examines the loss of American innocence through a sprawling story of Western capitalism, spanning more than 160 years in the lives of the German-Jewish immigrant brothers and their descendants. They rose from being humble merchants, selling suits and fabric in the South in the mid-19th century, to heading a mighty financial empire whose ignominious collapse in 2008 brought the economy to its knees.

The three-hour drama is directed by Sam Mendes, returning to Broadway after winning the Tony Award for best direction of a play this year for Jez Butterworth’s The Ferryman.

Commissioned by Mendes’ Neal Street company and developed and co-produced with the National, the production premiered at the latter venue in London last summer and transferred to New York’s Park Avenue Armory in March of this year, before returning by popular demand to the West End from May through August. Each engagement has drawn rave reviews and played to capacity houses; the drama was nominated for five Olivier Awards, Britain’s equivalent of the Tonys.

The design team includes sets by Es Devlin, costumes by Katrina Lindsay, video by Luke Halls, lighting by Jon Clark and original music and sound by Nick Powell. Candida Caldicot will serve as music director, with movement by Polly Bennett.

The production follows a string of Broadway transfers from the National that have gone on to win Tony Awards in recent years, including War Horse, The Curious Incident of the Dog in the Night-Time, Angels in America and Network. It will be eligible for consideration in the 2020 Tonys. 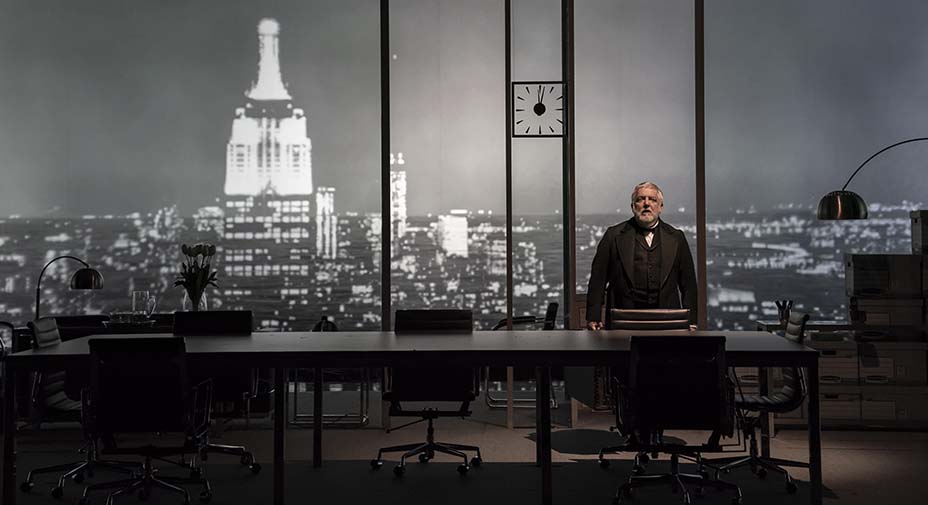