Artist Ashley Longshore has long tapped pop culture icons, from Audrey Hepburn to Lady Gaga and Lil Wayne, for her whimsical works. And the self-taught, New Orleans-based painter, whose pop sensibility has inspired comparisons to Andy Warhol, boasts an impressive Hollywood insider klatch — Ryan Reynolds and Blake Lively, Gigi Pritzker and Coco producer Darla Anderson — amid her 199,000-strong followers on Instagram. “I met Ashley eight years ago when I wandered into her studio in New Orleans,” says Motherless Brooklyn producer Pritzker. “Everything about her, her studio and her work took my breath away. She is refreshingly and consistently herself, and that’s the best compliment I could pay anyone.”

Still, as popular as she is with Hollywood collectors, and as frequently as she has tapped into entertainment iconography, Longshore has never had a show in L.A. Until now. From May 10 through May 24, she will present at florist and perfumer Eric Buterbaugh’s EB Florals Gallery Annex on Beverly Boulevard. Longshore, 43, typically doesn’t work with galleries, opting instead to sell her work directly to buyers, often via Instagram — where she has twice sold more than $1 million of paintings in a matter of hours. Collaborations with Diane von Furstenberg (37 pieces of Longshore’s work punctuate the walls of DVF’s New York flagship), Bergdorf Goodman and Gucci haven’t hurt her exposure. 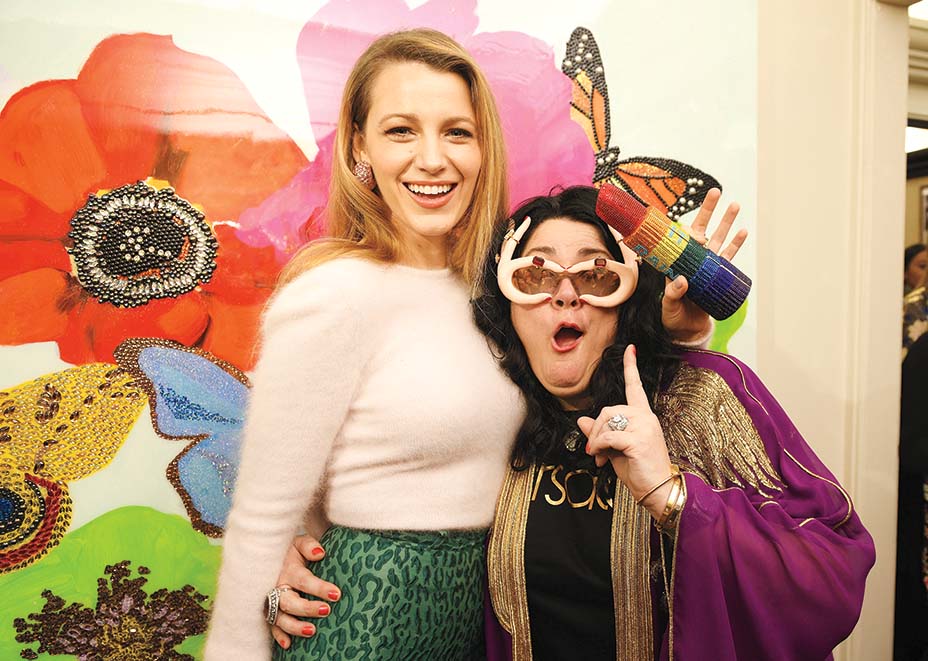 “He tickles me to death,” Longshore says of Buterbaugh, who also hosted Tallulah Willis’ 2017 art show, “Please Be Gentle,” at his space, where a private preview May 8 and VIP soiree May 9 will precede Longshore’s public opening. “We’re going to laugh and sell art, dance and have a damn good time,” says the artist, who, like Buterbaugh, is famously outspoken and frequently clad in head-to-toe Gucci. “It’s a positive energy enema.”

This story first appeared in the May 8 issue of The Hollywood Reporter magazine. To receive the magazine, click here to subscribe.