After celebrating its first anniversary in late October, Lawrence Ho, Chairman and CEO of Melco Crown Entertainment, gives a progress report on Macau’s Hollywood-themed hotel and casino resort, Studio City. Ho, the son of billionaire casino mogul Stanley Ho, who held a government-granted monopoly on gaming in China’s Macau for 40 years, opened the family friendly Studio City — the first of its kind in Asia — in 2015 with deputy chairman James Packer. Speaking to The Hollywood Reporter below, he also shares intel on his partnership with Warner Bros. and if he will consider opening a resort in Las Vegas.

How did the Hollywood angle come about with Studio City?

The site where we built Studio City — a long time ago in the ’90s — was destined for a film production facility. It went through different reiterations, and [Melco Crown Entertainment] finally got involved around 2011. We aren’t really big on theme-ing if you look at City of Dreams, [our other] flagship integrated resort [in Macau]. However, the film industry, and the influence of content in Hollywood — it’s really global. China is probably going to take over the U.S. in terms of the movie business in a few years.

I’m a big film buff, having grown up in North America. We like to push the envelope and do innovative things. We don’t like building the same thing over and over again. We try to come up with better attractions, newer things. It was a lot of fun to build, and our hope is that our customer base will also enjoy it as much as we do.

What are some of your favorite films?

I grew up in the ’80s, so I’m a big Stallone Rocky/Rambo fan. I agree more with Cinemascore than I do with Rotten Tomatoes.

In terms of partnerships, why did you bring the Batman Dark Flight simulator, as well as a Warner Bros. Fun Zone, to Studio City?

The non-gaming attractions are really the draw, because if you just build a casino, every single casino in the world is really a similar product. You need the amenities to differentiate yourself amongst your competitors. And that was a big focus for us with Studio City, and with our other resorts. We tried something new that hasn’t been in the market and came up with Batman Dark Flight. We were inspired by a ride at Disneyland called Soarin’. But I wanted to make it more exciting and have it be movie-based. So I thought, “What’s the coolest superhero to do that?” And I thought Batman was interesting, and of course [deputy] chairman James [Packer] and his relationship with Warner Bros. was a big assistant as well. [Packer, along with Brett Ratner, is a partner in RatPac Entertainment.] I grew up with Looney Tunes, Scooby-Doo, and I have a daughter. She loved it as well. We’ve [also] worked with DreamWorks and built the world’s first DreamWorks movie-inspired interactive playspace, DreamPlay by DreamWorks at City of Dreams Manila. 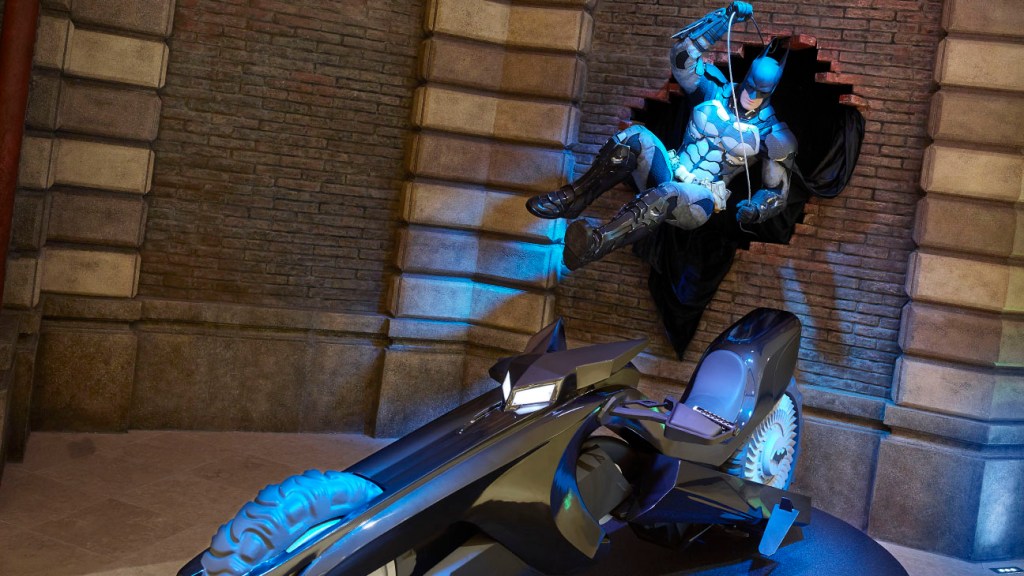 Why did you pick Pacha — a brand with high recognition in Europe — as a nightclub partner for Studio City?

We are very good at developing integrated resorts, [but] the nightclub business is a totally different animal, and we knew that we needed a good operator involved. I did interview most of the big operators in Las Vegas. I just felt that the brand of Pacha, and Eddie Dean, seemed like the best match for us. The nightclub and night entertainment industry in Macau is still growing. It’s not like Las Vegas, where you go to every resort and there are at least one or two clubs. There is huge potential ahead. The only two real nightclubs in Macau right now are Pacha and Club Cubic. We will welcome more competition, because Macau is a small place. If you could do what Vegas did, which is attracting everybody on the West Coast to visit for weekends and go to a club, then you really have sustainable businesses. Macau is kind of a proxy for Southern China, whether it’s Hong Kong or Guangdong. I think with the connectivity improving [with the mainland], over the next few years that will be even more exciting.

What influenced the unique design of the building?

If you look at the architecture of Studio City, the original idea that I had was that it should be Gotham City. It’s really playing up the theme of over-the-top in movies. Often, you’ll see a building in Gotham City with asteroids shot through it. But the asteroids turned out to be the Golden Reel [our figure-eight observation wheel]. And that was part of the designer’s dream.

How’s business been in the first couple of months?

In terms of hotel occupancy, we’re well over 90 percent on a daily basis. And the attractions are extremely popular, but I think we still need to do more in terms of converting the attraction-goers into spending at the rest of the property. You know, it is very similar to Las Vegas when we had Madonna do two shows in February. The property was totally jam-packed and full, so we just need to figure out the motto during weekdays as well. The environment hasn’t really helped us. I would say that 2015 was really the worst year in gaming in history for Macau. We’ve never seen a 35 percent decline in Macau’s overall gaming revenue. It was a tough market to open in. But we had great awareness, because we worked with Martin Scorsese, Leonardo DiCaprio, Robert De Niro and Brad Pitt [on a short film called The Audition]. 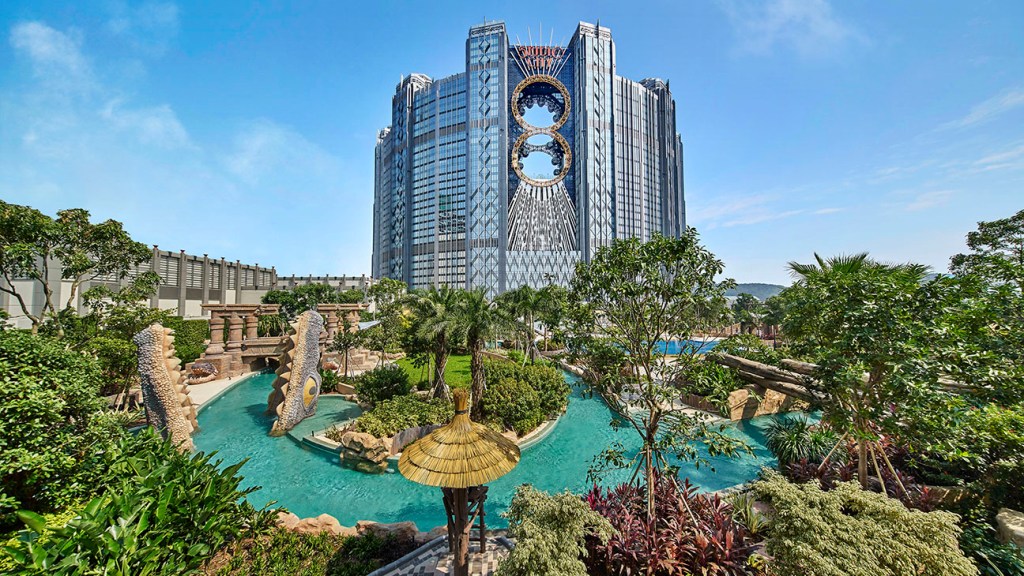 You have The House of Dancing Water by Franco Dragone at City of Dreams. Are you going to add a live show to Studio City?

Studio City is about two-thirds built, and we still have a phase two that we need to build out eventually — it is part of our obligations. I think it will be subject to market conditions, because I’m also a big fan of shows, I’m a big fan of Franco Dragone, and [Melco Crown Entertainment has] an exclusive arrangement with him for Macau and most of Asia. The House of Dancing Water cost over $250 million, and knowing me, I would always want to try to do something new and up ourselves.

You have Studio 8, a live-audience TV broadcast at Studio City — what are you using it for?

I’m a big fan of game shows, and they’re interactive and audience-based, and that could add another dimension and attraction for our customers and visitors to watch the filming of a live show. I’m a big fan of Iron Chef. I think ideally we would kind of target those shows, but the Asian versions. We’ve had a lot of discussion with various production companies.

What will it take to get you to come to Vegas? Are you looking at any properties?

Packer, my [deputy] chairman and partner of over 10 years, decided to build the Alon across from Wynn. Previously, we looked at Las Vegas together during the days when Cosmopolitan was on the block. I thought Cosmopolitan fit within our brand. With all the legends in Las Vegas — Sheldon [Adelson], Steve [Wynn] and MGM Resorts — it would be hard for an Asian operator to compete. It wasn’t the right timing for us. I think we’re always open-minded, and Las Vegas will be a totally different model. It would be cool to have something new and innovative, but in terms of what our shareholders are looking for right now, it’s still probably not the right time. We’ll keep our eyes peeled.

Breathtaking Photos From Inside the China Studio Luring Hollywood East