With typical humility, legendary Hollywood photographer Douglas Kirkland attributes his good fortune to timing. He was born in 1934 and enjoyed a career arc that coincided with the rise of photojournalism. Young enough to have shot Michael Jackson, Leonardo DiCaprio and Michelle Williams, he also is old enough to have photographed Charlie Chaplin, Marlene Dietrich and Orson Welles. By his own reckoning, his camera has seen the sets of more than 200 movies, including titles like Moulin Rouge as well as classics Butch Cassidy and the Sundance Kid and 2001: A Space Odyssey. “It was all very secretive,” he tells The Hollywood Reporter about a shoot on Kubrick’s set that ultimately yielded only one picture after two weeks in London.

Kirkland will be at Mouche Gallery April 28-30, telling war stories from his movie days as well as launching his show, Beyond the Lens, running through May 10, with selections from his new book, Freeze Frame: Second Cut, and past publications like An Evening with Marilyn and James Cameron’s Titanic. “He respected my work,” says Kirkland of Cameron. “He allowed me to work freely. We got along very well. We happened to have a birthday the same day. He’s 20 years younger to the day.” Here, Kirkland recalls shooting the greats. 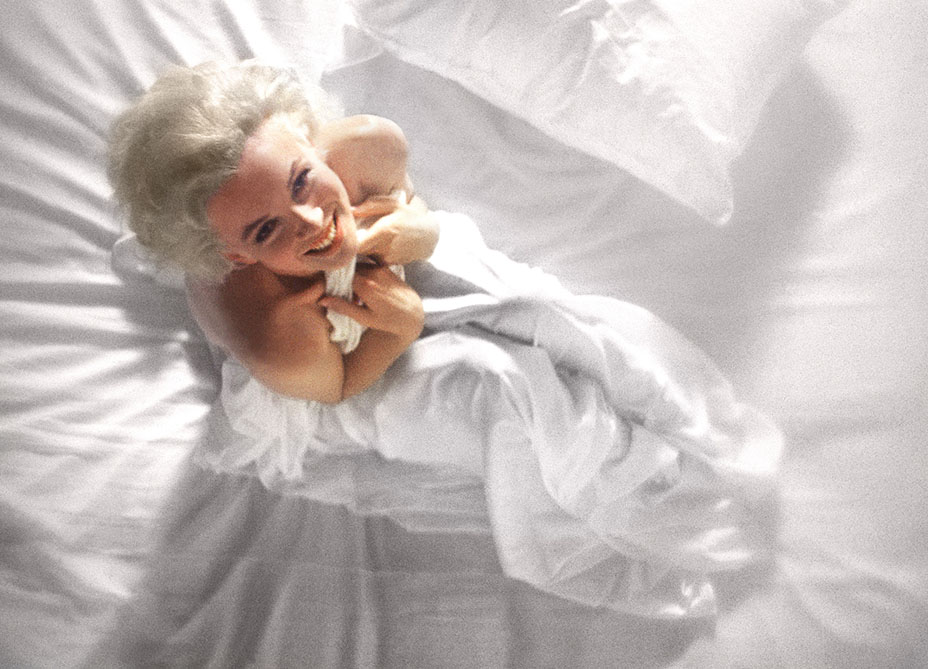 You shot Marilyn Monroe in 1961, less than a year before her death — and you were a 27-year-old small-town boy from Canada.

It was very early in my career. My job was to make Marilyn look different, sexy, they wanted to portray her as she would hope to be remembered in the future. This was a 25th year special edition of Look Magazine. I came out here and stayed at the Chateau Marmont and went over to her apartment, which was on Doheny. She had a couch and there was just room for my two colleagues to sit on it, and she didn’t have any other chairs. The apartment was so small she said, “just sit on the bed with me,” she giggled and that made it much easier for me.

What kind of ideas were you tossing around?

I sat there with her, and I knew what I needed. I needed a very sexual looking picture, but I didn’t know how to say that to Marilyn. By the end, I talked with her for about a half hour. She said, “We need a bed with a white silk sheet, Dom Perignon champagne, Frank Sinatra records, and I will be in that bed with that sheet and nothing more.” I was tickled by the idea, but I didn’t know what it would end up being.

And how did the shoot go?

I lost a little sleep the night or two before because I was worried — did I get in over my head? She was a superstar. We rented a studio. I got in there at 7:30 a.m., as I was supposed to, and she did not show up till 10 o’clock. And we started and we weren’t doing well at all, frankly. And she said, “I need to be alone with this boy. I think it works better this way.” So here I was alone with Monroe and Frank Sinatra records, and I had my camera and started taking pictures slowly and then it heated up and it became a real seduction. She was seducing the camera. For a small-town boy from Canada, I wondered if I was in over my head. I just shot and shot, and she got more and more excited, as I did. I just kept looking through the camera.

A couple of years later, you were on location with an Oscar-winning film you say the studio had modest hopes for at the beginning.

The Sound of Music, I was not originally supposed to photograph on that. It was for three weeks in Salzburg, Austria. It was considered by the film studio to be a comparatively small, quiet film, and of course the studio had more or less committed to Cleopatra, and The Sound of Music ended up exploding in a very positive way. Cleopatra was their big film, and it overshadowed what Cleopatra did. I was doing advertising art and my picture’s still up at Fox to this day [the mural on the lot]. It ended up being one of the major films that I worked on through the years.

Another iconic shot is Jack Nicholson for the cover of People’s December 1975 issue.

They wanted to reshoot because he put a match in his mouth and was clowning with it. And I photographed that, and they asked if I would re-photograph him cause they didn’t like a picture like that, he was too much of a clown. They wanted him to be photographed in a more serious manner. And what happened is he had gone off to work on The Shining in London, and he was not available. They put him on the cover at the last moment, belligerently, and it ended up being the best-selling cover of the year. 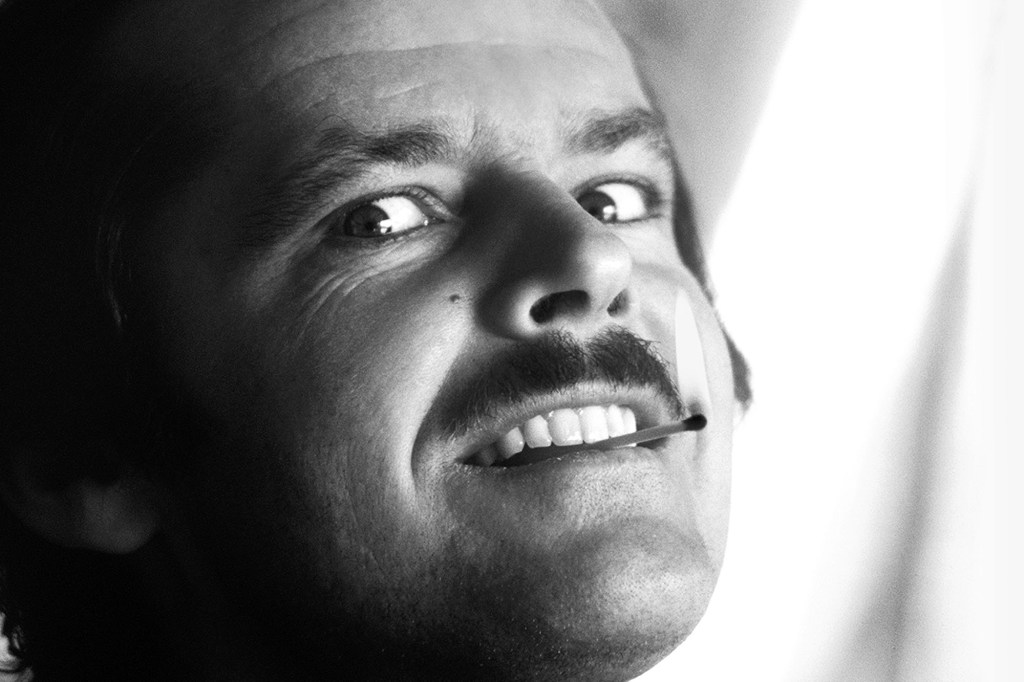 You have so many portraits of iconic figures, but what about shooting Orson Welles?

I did a portrait of him at Ma Maison. Orson ate there every day. I think he needed a picture for his own purposes. I saw that he was quite heavy in weight, and I found a way of slimming him. I dropped a cloth down one side of him. That hid part of his large body. Neither he nor I mentioned it, but he understood the camera well enough that he knew why I’d done it, and he thanked me for it. He loved the pictures and he ordered many prints of them at the end.

James Cameron had you on the set of Titanic, and Baz Luhrmann, you worked on all his films …

Anything he’s done since 2000. He was always prepared to try experimenting with the camera and that’s what leads to strong images. He has always been fantastic for me. We’re very close friends. He’s brilliant. We get along very well, and he has a great respect for me. He says he wants to be Douglas Kirkland when he grows up. 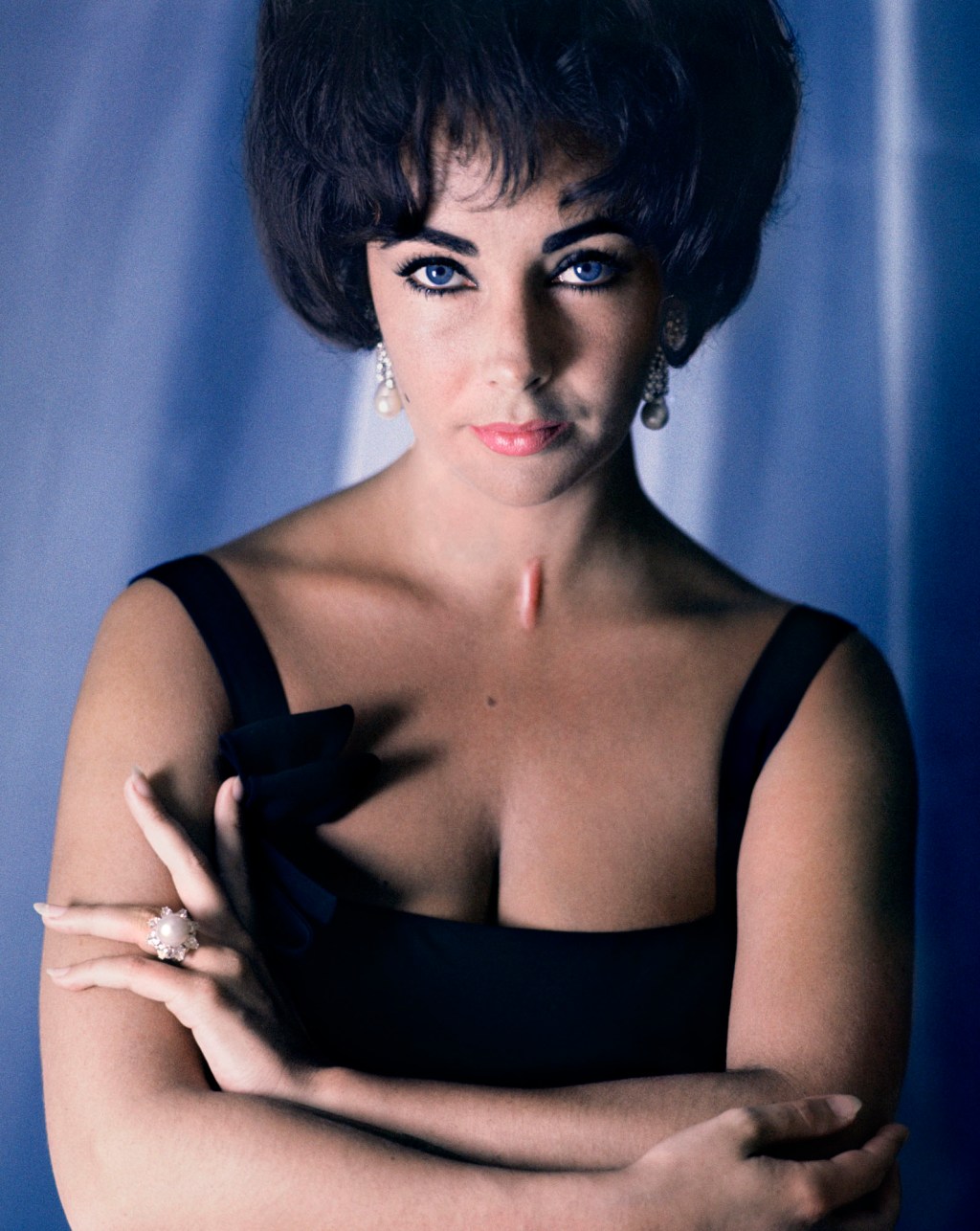