The Breeders’ Cup, thoroughbred racing’s elite year-end championships, returns to the revamped Santa Anita Park from Nov. 4 to 5. The 33rd annual event, which moves venues, is being held for a record ninth time at the Arcadia, Calif.-based track, with horses in 13 races gunning for prize money totaling $28 million.

“The quality and quantity of the horses at the Breeders’ Cup is unparalleled on any other day of racing,” says Elizabeth Banks, a devotee of the sport since her father took her to New York’s Saratoga at age 10. The top race, the Classic (broadcast live on NBC at 5:35 p.m. PT Nov. 5), proffers a $6 million purse divvied among the eight highest finishers.

Among the favorites is California Chrome, a 5-year-old who has risen from a seemingly inauspicious lineage. “He was born in California, which is not where most of the winners come from — most come from Kentucky — and from a rather inexpensive mare and stud fee,” says A&M Records co-founder Jerry Moss, a longtime owner who with wife Ann owns 2009 Classic champ Zenyatta (named for The Police’s album), the first female to win the race. Moss, MGM’s Gary Barber and producer Michael Collier are among the owners with horses entered into Breeders’ Cup races, along with such sports figures as New Orleans Saints owner Tom Benson. Industry owners also include Warner Bros.’ Kevin Tsujihara, CBS’ Leslie Moonves and director Taylor Hackford. 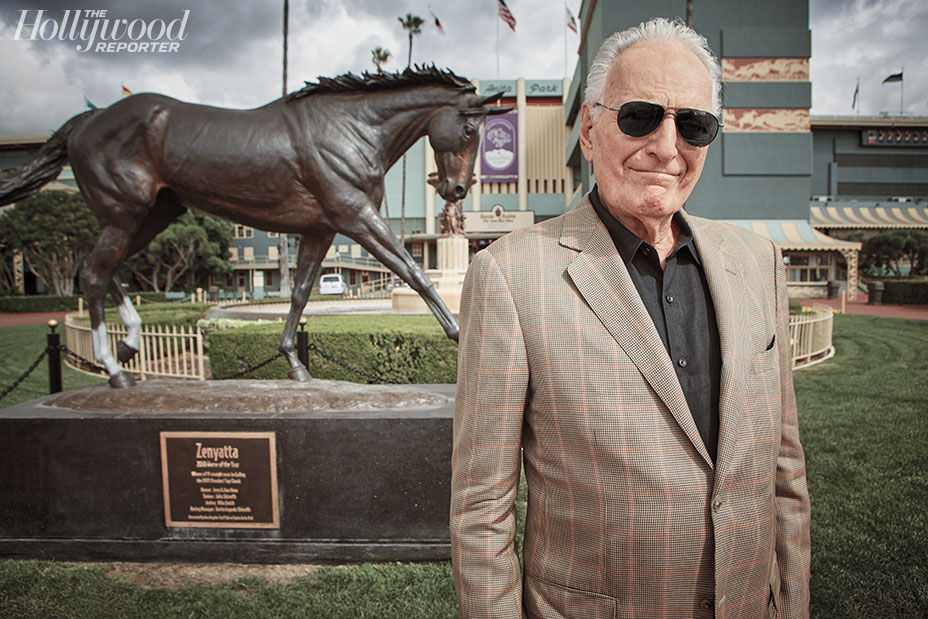 The cost of entry can vary wildly. You could buy a horse “for less than $20,000,” says Moss, “or you can spend millions. A fancy 2-year-old or yearling, if a couple important guys want him, the bidding can go way up, to $4 million to $5 million.” And it costs tens of thousands a year to keep, train and travel your horse (by one estimate, up to $150 a day).

That high bar has paved the way for the rise of horse racing syndicates. Hackford is involved in Little Red Feather Racing Club, which offers fractional ownership, currently to about 300 owners of more than 35 horses. (Tom Brady and LeBron James have been part of the group.) LRF is run by Billy Koch, who inherited his love of the sport from his grandfather, former AMPAS president Howard W. Koch. “When horse racing gets in your blood, it’s infectious,” says Billy. His group has Midnight Storm in the Mile race, which has a $2 million purse. “You have so much pride in your horses,” he says. “Our horses are our athletes, our squad. We love them, we root for them.” There’s been an effort to draw the The Breeders’ Cup back to the East Coast, according to some, but, “Santa Anita is an iconic venue,” says Breeders’ Cup CEO Craig Fravel. “The backdrop of the San Gabriel mountains, and how it looks on TV, and the track’s interiors are terrific — it compares favorably to Ascot or Chantilly in France.” 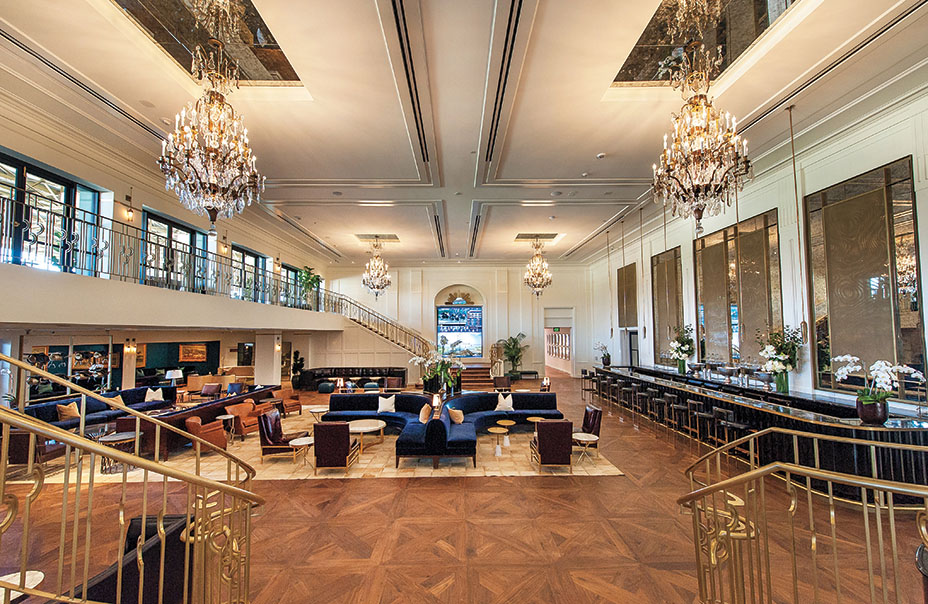 The $40 million renovation of Santa Anita’s 1934 Gordon Kaufmann-designed structures, completed in 2015, amped up the luxe factor throughout the facility, but especially in the Chandelier Room and the invite-only Speakeasy — where Sharon Stone, Colin Farrell and Emma Roberts have hung out. The track also has rolled out 13 private suites with balconies, which sold out at $100,000 for the Breeders’ Cup two-day bundle, including food (grandstand seats, from $25 to $125, also are nearly sold out).

The refresh was in part aimed at reaching new fans, including women and millennials. “It has to be more accessible for a someone who isn’t a hard-core handicapper,” says Belinda Stronach, co-chairman and president of Santa Anita owners, The Stronach Group.

Where Die-Hard Chicago and Cleveland Fans Watch the World Series in L.A.

The gastronomic offerings have been expanded too. Guest chefs serving up meals on the track during the Breeders’ Cup days include Sotto’s Steve Samson, Redbird’s Neal Fraser and Otium’s Timothy Hollingsworth. Chef and racehorse owner Bobby Flay will host a pre-race dinner, representing cuisine from 15 countries, on Nov. 3 for owners and trainers on the Warner Bros. backlot.

Chef and racehorse owner Bobby Flay will host a pre-race dinner on Nov. 3 for owners and trainers on the Warner Bros. backlot, with chefs including Marcus Samuelsson and Susan Feniger. “One of the great things about horse racing is it’s so international,” says Flay. “Events take you around the world. It’s incredibly fun and social. I’ll have 15-20 people with me in a box, looking out at the racetrack. It’s a great way to spend afternoon. We drink a lot of  champagne.”? For many out-of-town visitors, L.A.’s mild weather and upscale scene is a reason to attend. “As some of the European contingent has said to me, it’s the greatest thing if you fly your horse over and 10 of your friends and, win or lose, you can still go out that night and have a great dinner, do great shopping and have a ton of fun,” says Stronach partner Keith Brackpool, the former chair of the California Horse Racing Board. “People come for the week.”

As for the betting action, the Breeders’ Cup brings out some high-rollers. “There are some sophisticated bettors out there,” says Mike Rogers, an executive board member at Stronach. He estimates that there are around 20 individuals betting at the $500,000 to $1 million level on the Saturday, while there are perhaps five in the over-$1 million category.

“Off-track betting is terrible — it’s just gambling,” says Santa Anita regular Mel Brooks. “But being at the track, seeing the horses saddled, seeing them warming up, and then feeling the thrill of the race is exhilarating.” Says Banks of her wagering strategy, “I like to visit the paddock pre-race and see the horses up close before my final bet”— usually an exacta or trifecta (bets on the placement of two or three horses).

Moss has brought pals to the track over the years — “Jimmy Iovine was a lucky participant. I think he won three out of the five or six times I took him to the racetrack!” — but for his own part, he says: “I’m not a huge bettor. I figure buying the horse and getting the horse in the race is enough expense.” 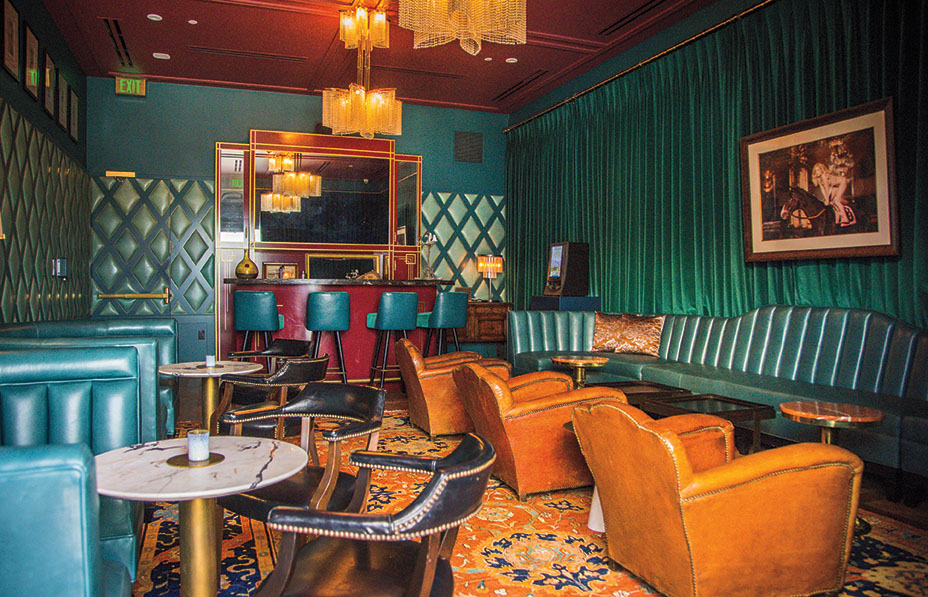