The house made famous by the ill-advised antics of Hank Moody (David Duchovny) on the Showtime series Californication just sold for $14.6 million, making it the highest recorded home sale in Venice Beach history.

The 5,000 square-foot home was built behind the Venice Canals on McKinley Avenue in what is known as the Silver Triangle neighborhood. Originally built in 1995 and then updated 11 years later, the house is comprised of a collection of buildings that are situated around a central lap pool offering a quintessential example of indoor/outdoor living. There is an outdoor kitchen, fire pit, roof deck and outdoor shower. The home was built on a double lot that measures 7,500 square feet.

The house, which has also been featured in the 2002 Oscar-winning film Adaptation, 2014’s Ride and on episodes of CSI: Miami, was designed by its owner, the Venice-based designer/architect David Hertz. Before it became a tourist destination for Californication fans, the home was a case study for green building techniques.

Hertz tells The Hollywood Reporter his inspiration came from the work of architect Rudolph Schindler and his travels in Bali. The record-setting off-market deal came about serendipitously. “I was reluctant to sell it, but I had worked with this client and the price just kept getting higher and higher,” he says, adding that the buyer is a “real estate investor.”

Hertz said he will remain involved in further renovations of the home, which will be overseen by Venice-based builder Nick Valencia. 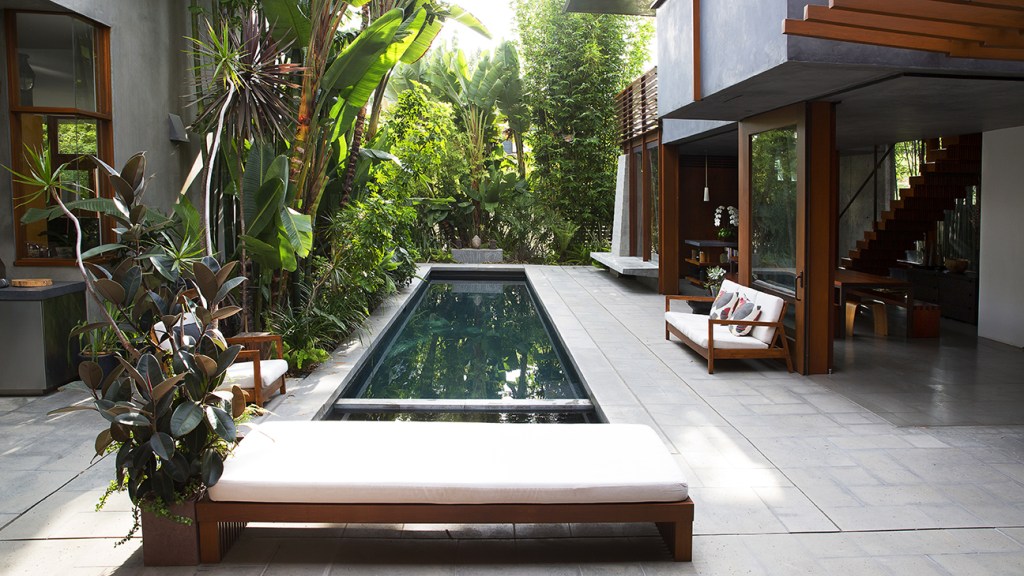