A terrorist highjacks a car outside Berlin, forcing the driver to take him to the center of the city, where, in the middle of Christmas celebrations, he plans to carry out a brutal attack.

What reads like the news report of the Dec. 19 attack on the Berlin Christmas market actually is the plot of Berlin Falling, a film shot in the German capital in 2015 that recently finished postproduction. The movie is the directorial debut of actor Ken Duken, a major German TV star who’s best known in the U.S. for a supporting role in Inglourious Basterds. Duken stars as Frank, the hapless driver of the hijacked car. Tom Wlaschiha, known to Game of Thrones fans as the face-shifting assassin Jaqen H’ghar, plays Andreas, his tormentor.

Duken came up with the idea for a thriller centered on a Berlin terror attack nearly two years ago and developed the script with Christoph Mille and Norbert Kneissl.

“My goal with the film wasn’t ideological, looking at one group or the other,” Duken tells THR. “I was more interested in this climate of fear that we have in Germany now and what it can lead to.” 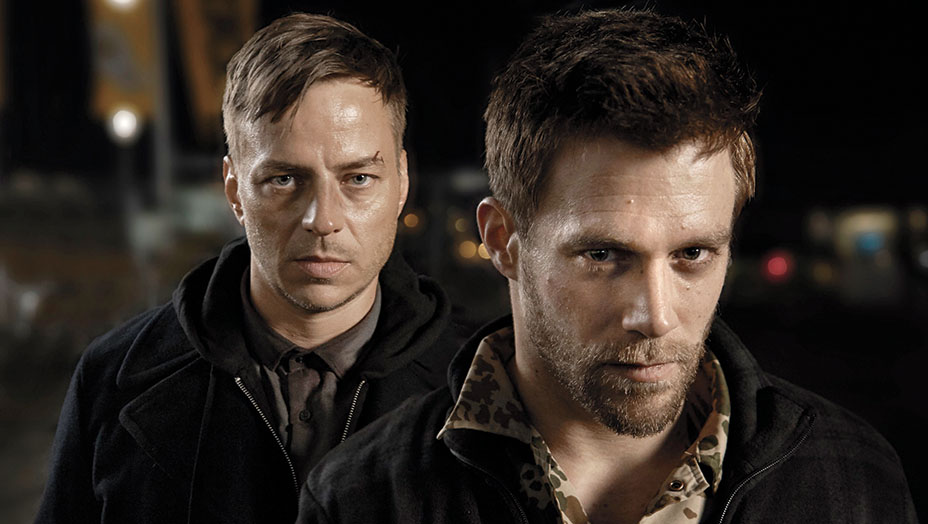 The timing of Berlin Falling is as astonishing as it is unnerving. In one poignant scene, Frank and Andreas drive by the very Christmas market at Breitscheidplatz in Berlin where 2016’s terrorist attack took place. In an uncanny case of synchronicity, Duken first screened the movie for cast and crew on the night of the attack. They watched at Filmkunst 66, a cinema just a few blocks away. “As we walked out of the theater, people told us, ‘There’s been a terrorist attack at Breitscheidplatz,’ ” says Duken. “We couldn’t believe it. Then we took out our phones and thought, ‘Oh no.’ When we made the movie, we were ahead of events. Sadly, events caught up with us.”

As for how the real-life attack will affect the Berlinale, police spokesman Winfrid Wenzel tells THR that attendees can expect a range of new measures, including stricter controls on vehicle access to venues, longer waiting times and more extensive bag checks. But Wenzel took pains to reassure visitors that while Berlin “is on high alert,” they should not expect the sort of omnipresent, almost militaristic approach to security seen in Cannes in May.

“There’s always, as we say in police speak, ‘an abstract threat,’ ” he says. “But the festival venues are easier to protect than is the case with other events in the city. The Berlinale does not have the symbolic importance [for Islamic terrorists] of, say, the Brandenburg Gate or, as we saw in Breitsheidplatz, a Christian church during a Christmas celebration.”