Bob Oswaks‘ second act began in 2011 out on his patio. “I had just been laid off from a really big job,” says the onetime president of worldwide marketing at Sony Pictures Television. “And I started making bread and pizza in my backyard — a wood-fired oven — as therapy. I was struck by the visceral pleasure of doing something with my hands.”

Oswaks, who helped launch such shows as Seinfeld and Jeopardy! and worked in TV marketing for 32 years, initially assumed that he’d get another top marketing job for a network, studio or cable company. But conversations with recruiters were not going well. “That whole time I was waiting for headhunters to call me back,” he says. “One of them finally told me, ‘You’re 50 years old — you’re probably not going to get another big job like that.’ ”

Norman Lear, a longtime colleague, offered up some pivotal advice. “One of the first calls I got after I got fired was from Norman,” says Oswaks, recalling how he had worked with the legendary TV writer-producer, marketing such ‘70s and ‘80s shows as Maude, The Jeffersons and One Day at a Time and then years later at Sony, when Lear’s shows were rolled out on DVD. “Norman told me, ‘Life is not about doing the same thing your entire career. Sometimes life is about changing things up.’ “ 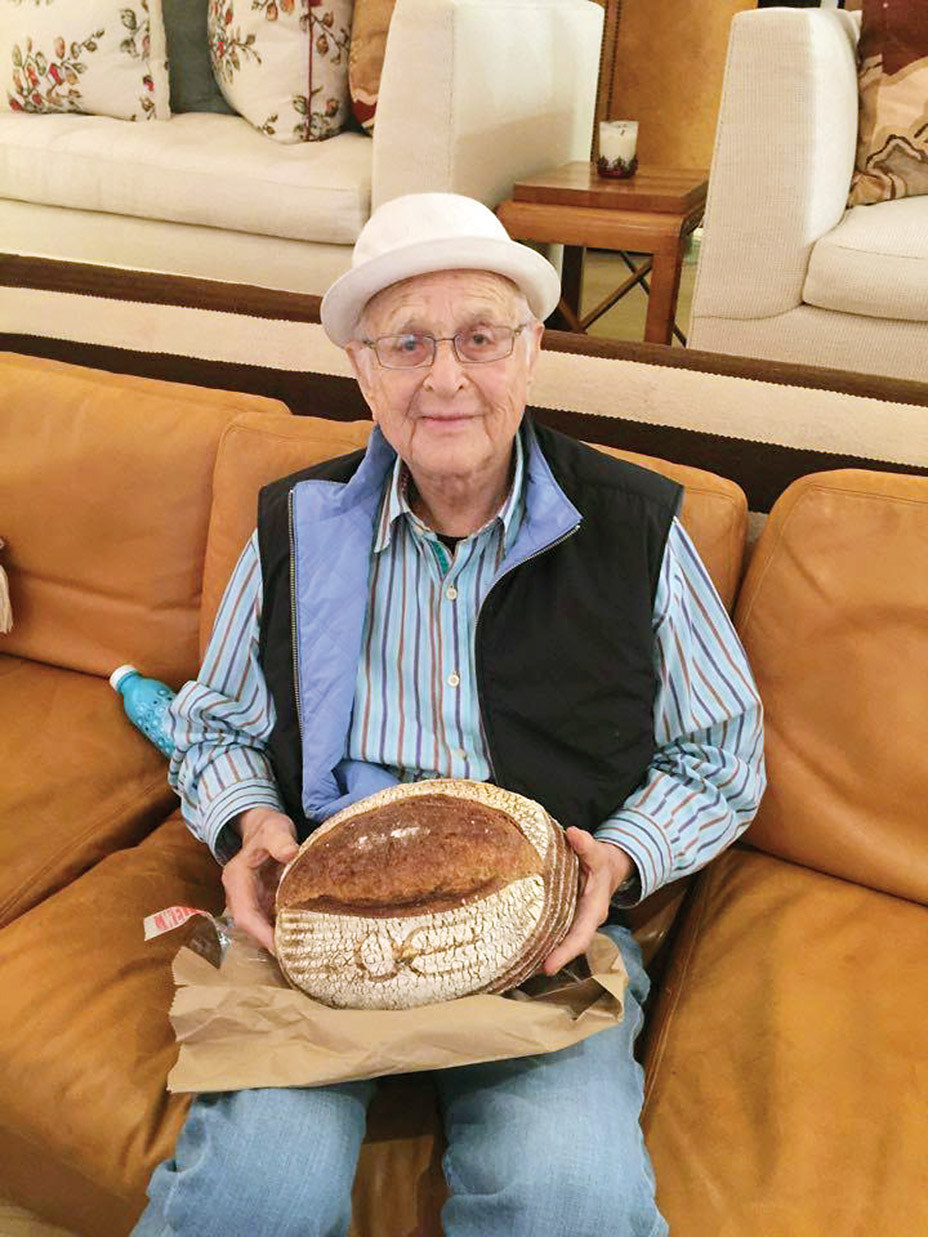 So Oswaks set out to make a different kind of dough. “I decided to get serious about making bread,” he says. “I started taking classes at the San Francisco Baking Institute. Over two years, I took every bread-making class they offer.” Lacking experience in the hospitality business, Oswaks hired a consultant to help him write a business plan. “I did homework assignments every week, and those assignments became the narrative of a business plan,” says Oswaks. “It became this 75-page document that explained why the Central Coast needs an artisanal bread shop.”

His transition from hobby baker to businessman took a quantum leap in 2013, thanks to a proposition from chef and TV personality Giada De Laurentiis, who had worked with him at an event in 2011. “She was managing this luncheon in L.A. for Prince William, and she didn’t want to get bread from La Brea [Bakery],” he says. “So she asked me if I could make bread for 800 people. I hadn’t made more than a few loaves at a time before, but said, ‘Sure, I can do that.’ That helped me realize that I could do this.”

In 2014, the full vision in his business plan sprang to life with the opening of Bob’s Well Bread Bakery in Los Alamos, a small town in the Santa Ynez Valley, where he and his wife had vacationed over the years. “We bought this historic gas station and refurbished it,” says Oswaks, adding that they sunk in almost all of their savings and got a $500,000 bank loan, with the opening costing $1.2 million. “Luckily, both my wife and I were ready to get out of L.A. We had to figure out how to cut expenses and live a more modest lifestyle.” 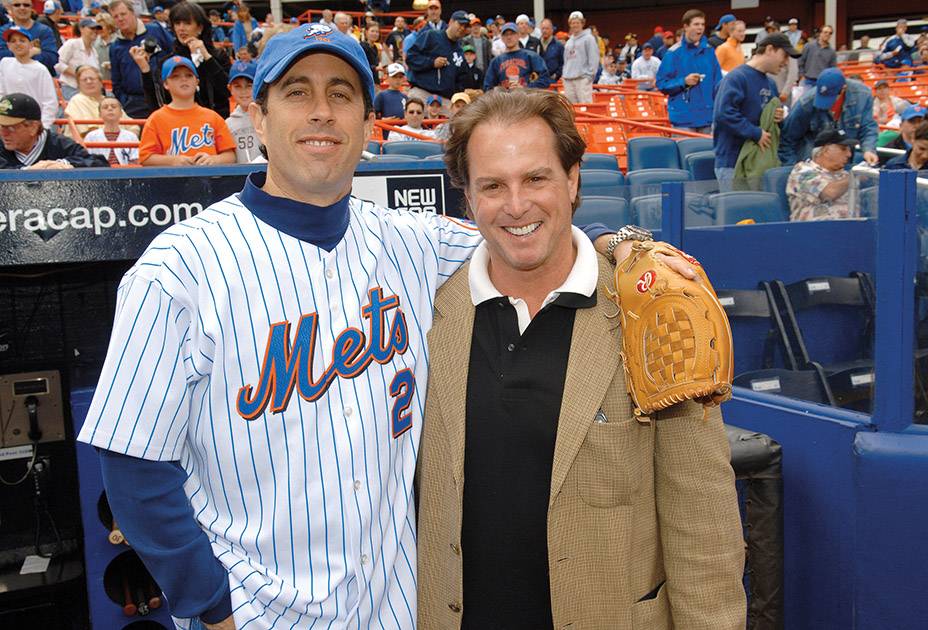 He admits that he might not have taken the leap without getting pushed. “I wouldn’t have voluntarily walked away from that gig at Sony — the money was too good,” he says. “When you have a job like that, you’re locked into all the perks, that money and how to spend it. But it can wind up feeling like you’re in handcuffs. I think everyone is looking for an exit ramp.”

Oswaks said the move out of the fast lane was surprisingly painless. “I’ve come to realize that I’m happier wearing jeans and making bread than I was wearing a suit and shaving every day.” Still, despite the low-key denim gear, his new life as a pro baker is not exactly easy. “These days I get up at 4 a.m., and I’m at the bakery by 4:30,” he says. “We open at 7, so for a few hours, I’m baking baguettes, bagels, scones, cookies, sandwich rolls, you name it. Once the shop opens, I move up front, greeting customers and running the business.”

This reinvention works only because Oswaks obsessively loves to bake. “My favorite thing to make is our Pain au Levain, our signature country loaf” scored with the company logo, he says. “It’s based on my grandmother’s bread fork, something that she used during the Victorian era. I had a graphic designer I knew from Sony help me develop that logo.”

That detail is just one of the ways his years as a marketer in entertainment have paid dividends in the bread business. “Now, instead of marketing Seinfeld or Breaking Bad, I’m marketing my own product,” he says.

Three years in, the venture looks like a success. With growing buzz around Los Alamos and Oswaks‘ bakery, there have come glowing reviews, Hollywood fans like Kurt Russell, Kate Hudson, Chris Carter and Tim Kring and, most important, customers. “People drive here from Santa Barbara, San Luis Obispo, Ojai, Paso Robles, everywhere within an hour away,” he laughs. “It somehow turned out just like I wrote in the business plan.”

Even though there are moments when he misses the big paychecks, Oswaks insists he is in a “happy zone — I have no regrets.” He adds: “In my old job, I was at the pointy end of the spear. The best thing I could hope for was a bonus or a pat on the back. Now I’m feeding people’s souls. It’s more rewarding.”