Amid the COVID-19 pandemic, the nonprofit world has had to adjust greatly. New organizations have sprung up, launched in direct response to the crisis, while existing organizations are aiming to be even more impactful during this time, thanks to their established network and partnerships.

One organization that has continued to execute meaningful work within this new reality is Baby2Baby, a non-profit dedicated to providing children living in poverty with diapers, clothing and basic necessities. Since Kelly Sawyer Patricof and Norah Weinstein founded Baby2Baby in 2011, the organization has distributed over 100 million items to vulnerable children in homeless shelters, domestic violence programs, foster care, hospitals and underserved schools, as well as those affected by natural disasters. The Los Angeles-based non-profit has a long list of celebrity board members and supporters, including Jessica Alba, Julie Bowen, CAA’s Maha Dakhil, Nicole Richie, Kelly Rowland, Rachel Zoe, Chrissy Teigen, Kristen Bell, Amy Adams and Kerry Washington. With the help of California Governor Gavin Newsom, the organization successfully lobbied to repeal sales tax on diapers in the state of California, which went into effect on Jan. 1, 2020. In the U.S., one in three families struggle to afford diapers.

When the COVID-19 pandemic hit, organizations such as Baby2Baby had to find a way to continue their crucial work. Like most businesses, the non-profit quickly moved employees to work from home for the protection of their health and safety. “Most of our staff is working from home,” said Sawyer Patricof, “while rotating teams are driving the fork lifts and getting out deliveries, ten people a day are inside of our warehouse loading the trucks.”

“As you can imagine, all of these families were already struggling and families in poverty are always hit the hardest by disasters; this is certainly no exception,” said Weinstein. “The need is so enormous. [We have] millions of requests coming in per week for diapers and formula.”

Sawyer Patricof added, “Right now, families are choosing between diapers and food for their babies.” 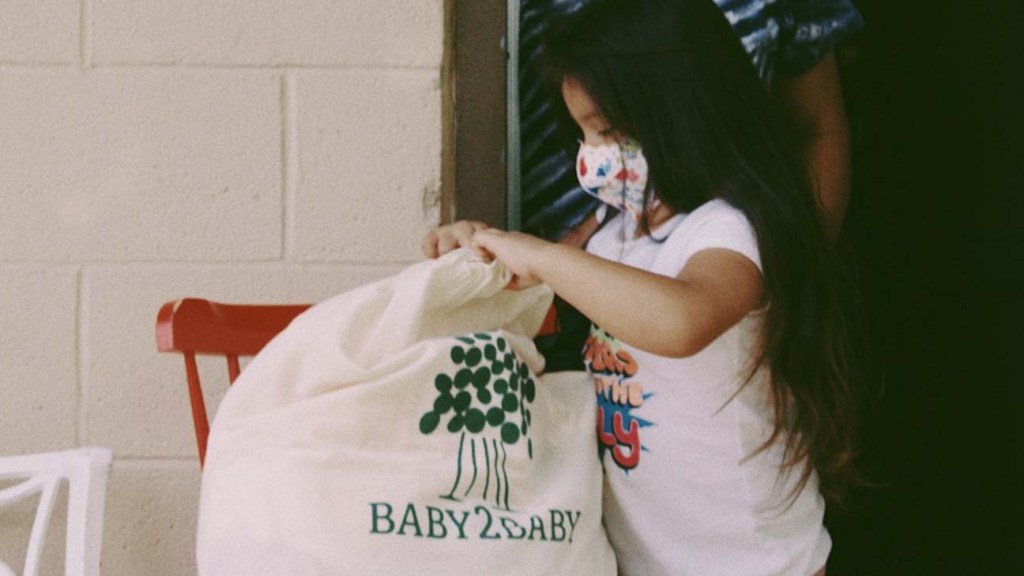 The two founders say perhaps the crucial reason they have been able to continue their work during the crisis is because of their longstanding partnerships, especially with corporate sponsors. “Our corporate partnerships are so huge for us,” Saywer Patricof said. “[They] really have allowed us to grow and distribute.” In the past 12 weeks, Baby2Baby has provided over 20 million essential items including diapers, formula, soap, shampoo, baby food and more to some of the most vulnerable children across the country.

“We have these longstanding relationships that we have cultivated for years,” Weinstein said. “We have these relationships with hospitals, the Head Start centers, the foster care programs, the homeless shelters, the school districts. Not that much changed in our process, the need just increased and we were able to hit the ground running on day one, utilizing the relationships we already had.”

Sawyer Patricof and Weinstein — whose husbands both work in the entertainment industry (Jamie Patricof is a producer; Brian Weinstein is president and COO of Bad Robot) — have utilized their deep network in Los Angeles to help raise the profile of the organization, including fundraising at their annual gala.

One longstanding relationship that has been key to Baby2Baby’s work is the Los Angeles Unified School District. In 2019, the non-profit partnered with the Los Angeles Clippers and player Kawhi Leonard and provided one million backpacks to the children of Los Angeles during back-to-school season. This was the largest donation in LAUSD history, and COVID-19 would bring the two organizations back together less than a year later.

“We’ve partnered with the 63 LAUSD Grab & Go Food Centers to be able to distribute diapers and wipes and blankets,” said Sawyer Patricof. “When LAUSD closed there were hundreds of thousands of kids that were part of LAUSD and received a free meal for lunch or breakfast. We’re trying to make sure that not only is LAUSD giving them that meal during their time away from school, but that we can provide those other items too.” The LAUSD Grab & Go Food Centers will remain open until schools are able to reopen.

Baby2Baby’s partnership network has also allowed their reach to expand beyond Los Angeles and California. “Because of our deep relationships in these other cities we’ve been able to send diapers and other essential items to other cities,” said Weinstein. “We were able to start that on day one [since] we’ve been working with the Red Cross and FEMA as well as one of our national network partners in New York or Seattle or Washington DC. That’s probably been the key to our ability to get so much out at such a short time.

Weinstein stresses that financial donations to the organization during a time of crisis can go a long way, especially since the group has suspended donations of gently-used goods (such as toys, strollers, clothes) from private individuals during this time out of safety concerns. “I think there’s never been as much of a time to say that every dollar counts,” Weinstein continued. “When someone donates 25 dollars to us and we’re making emergency purchases, that means four more cans of formula or two more packs of diapers. That is really impacting a child right now.” 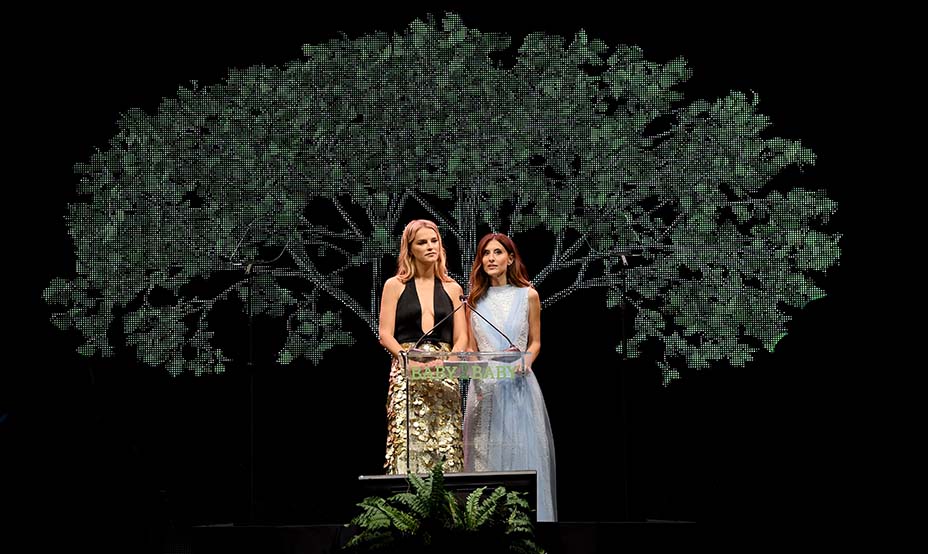