As the coronavirus pandemic sparks a host of cancellations of industry events from SXSW and MIPTV to TV upfronts — scrambling travel plans and leaving people chasing hotel and plane refunds — it is affecting the entertainment world in more quotidian ways, as more and more people work to get a handle on exactly how to enact social distancing behaviors.

Even as President Donald Trump shook hands with supporters March 9 on a tarmac in Orlando, Florida, many people in Hollywood are keeping their hands to themselves. At a Meet Me in Australia fire-relief fundraiser on March 8, Sean Penn kept his hands in his pockets, telling people, “I’m not shaking hands.”

But what’s not always clear is which handshaking alternatives are most appropriate — ticking the boxes of being both hygienic and not rude — when greeting someone on a studio lot or at a business lunch these days. There is what has become known as the Wuhan Shake — involving two people touching their feet — which Jimmy Fallon enacted with a full-on foot shake dance on The Tonight Show on March 4. But it has become more of a meme than an actual practice in the U.S.

Another option is the social bow, either with hands together, namaste fashion (recommended by Israeli Prime Minister Benjamin Netanyahu), or the way Rep. Alexandria Ocasio-Cortez prefers: As she tweeted March 3, “One practice I’ve used in no-handshake situations is to put my hand over my heart and smile/nod at whomever I am greeting.” Air-kissing with pronounced social distance is also an option. 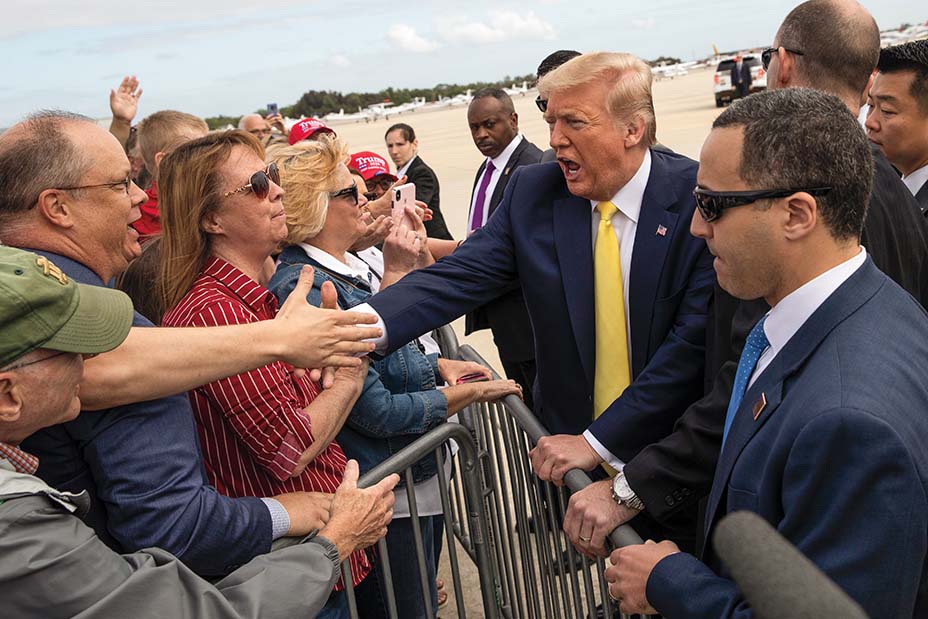 But, in Hollywood, both the fist bump and the elbow bump (which Hillary Clinton has dubbed the “corona shake”) seem to be gaining an edge as ways to avoid germs. “I’ve never been much of a handshaker — too formal for me. I tend to favor the fist bump with friends and colleagues,” says Virgin Fest CEO Jason Felts. Adds Harriet producer Debra Martin Chase, “I am prepping two network pilots in New York. So I am interfacing with two crews daily, and I am a hugger and handshaker by nature. But I am forcing myself to elbow- and fist-bump instead.” Director John Krasinski tells THR that on the press tour for A Quiet Place Part II, “I did my first elbow bump, and I still don’t like it. It doesn’t feel right.” Adds Bloodshot‘s Eiza Gonzalez: “I’m a professional elbow shaker now.”

Irena Medavoy, who’s been doing namaste bows, wrote in an email to THR that her own son, a college senior, has offered her an elbow. “Because, and I quote, ‘No disrespect, Mom, but I love you and Dad and you both are in the danger zone on age. I would never want to pass something to you if I had it.’ ” And at a Fire Drill Fridays event on March 7, Jane Fonda greeted people with elbow bumps. Though, she says, “I’m told even elbow bumps aren’t good anymore because people sneeze into their elbows.”

Indeed, Dr. Gary Cohan, a Beverly Hills-based internal medicine doctor with a large entertainment clientele, cautions against elbow bumps. “You don’t want to do [them],” he says. Instead, he’s recommending no physical contact in social interactions, because true social distancing means staying 6 feet away from someone: “The coronavirus is transmitted not just by surfaces but by respiratory droplets. Six feet is [the point at which] they fall back to earth.” (Some experts say 10 feet.)

But not everyone is changing their ways. “I’m still shaking hands — when offered,” says divorce attorney Laura Wasser. “In my world, a handshake and human contact is important for consideration, communication and connection. I’m just washing hands and sanitizing more.”

Etiquette expert Lisa Gache of Beverly Hills Manners adds that, “Everybody is a little bit in the dark as to what is acceptable. If someone offers their hand, it could be considered an affront not to shake it.” She recommends “letting someone know verbally what’s comfortable for you in advance. It will help you avoid any real social awkwardness. Social distancing really is just being mindful of people’s personal space.”

At the same time, many in the industry are pulling back on meetings. On March 4, CAA announced that the agency will not have visitors to its offices, a temporary policy that mandates virtual meetings for agents. SAG-AFTRA followed suit March 9 by canceling or postponing most in-person meetings and non-essential travel. 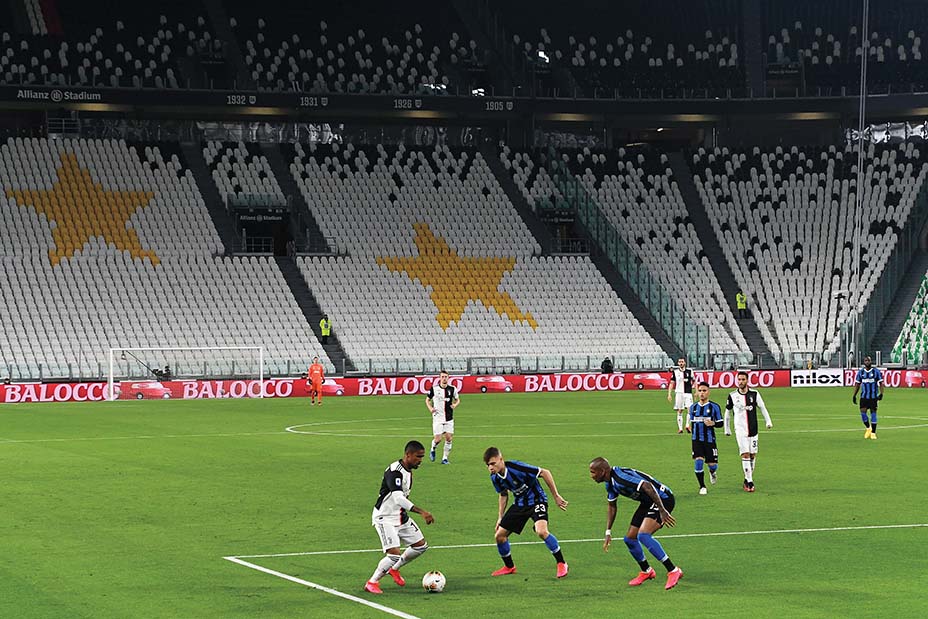 NYC-based documentary director Julie Cohen (RBG) has been tweeting updates about how she’s adapting, including a video of her washing her hands to the tune of “The Locomotion.” Says Cohen, “I’m definitely not shaking hands. I’ve been smiling enthusiastically while I clasp my hands behind my back like, ‘Don’t even think about it.’ ” She adds that most of the meetings she and collaborator Betsy West are taking while they work on a Julia Child doc are on Zoom. “Our editors have brought their drives home so they can mostly work from home to minimize subway rides. We’ve continued to meet in person sometimes, but there’s a lot of uploading to Vimeo.”

Producer Matt Baer (Unbroken), however, has noticed no letup in industry lunch meetings. But while the restaurant he ate at most recently was full, the topics of conversation with his dining partner “ranged from agents canceling air travel, studios issuing warnings to their worldwide employees, empty movie theaters and working from home.”

The only sliver of a silver lining? “While I do prefer face-to-face meetings, it sure is a lot more efficient just to do calls and FaceTime,” says SP Media Group president Scott Karol. Or as writer-producer Gary Janetti tweeted March 7: “Planning on using Coronavirus to cancel all plans well into 2021.” 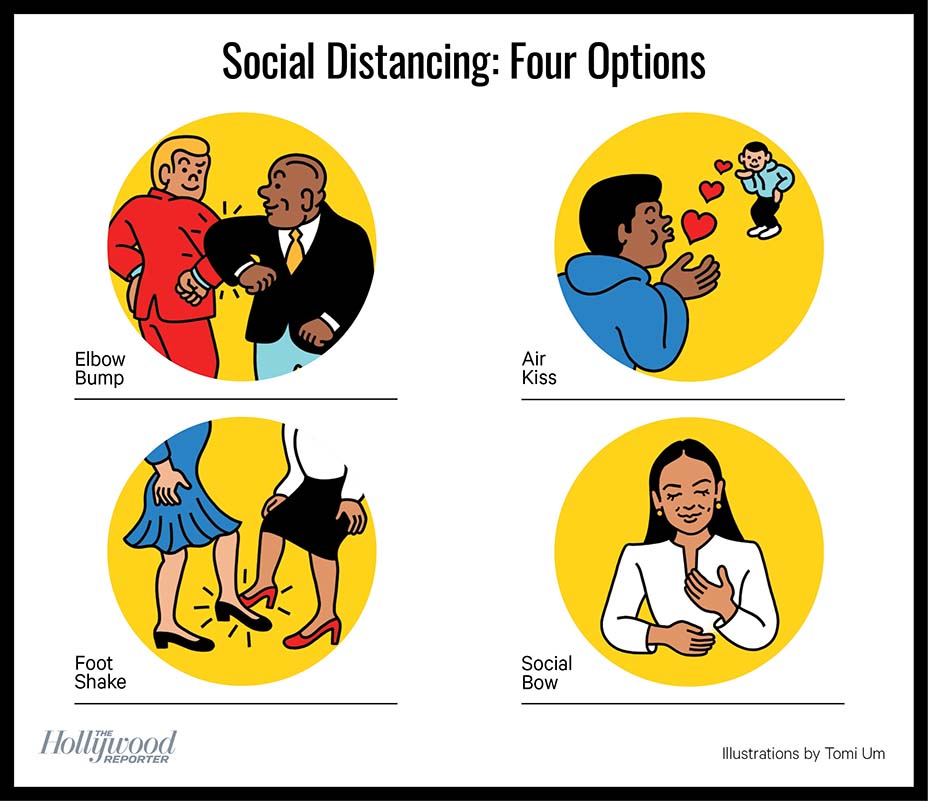 A version of this story first appeared in the March 11 issue of The Hollywood Reporter magazine. Click here to subscribe.