Chagall came for the light, F. Scott Fitzgerald for the hospitality, Queen Victoria for the solitude, Jack Nicholson for the women and Keith Richards for the, er, inspiration (and maybe the drugs). From the shimmering coastline of the Cote d’Azur to the villages of the countryside, the South of France has been seducing the famous and the talented for more than a century.

Remarkably, the area in and around Cannes has never gone out of fashion — in fact, it’s more popular than ever, attracting an extravagantly well-heeled business crowd that includes tech moguls such as Paul Allen (whose Saint-Jean-Cap-Ferrat digs reportedly keeps a staff of 12 for year-round maintenance) and Russian oligarchs such as Andrey Melnichenko (who can gaze upon his new $450 million yacht from the terrace of his ginormous hilltop villa in Antibes).

Among the non-billionaires still wealthy enough to afford eye-popping property within an hour’s drive of Cannes are such stars as Tina Turner, who designed her own home in Villefranche, complete with a Buddhist altar; Elton John, whose villa on Mont Boron often hosts pals including Elizabeth Hurley and Neil Patrick Harris; and Bono, whose art deco dazzler in Eze Bord de Mer sits directly on the beach. This summer, music mogul Clive Davis is renting a home in Saint-Tropez.

Even divorce can’t separate some people from their beloved South of France environs: While the sprawling “hamlet” in Plan-de-la-Tour where Johnny Depp and Vanessa Paradis lived for more than a decade is on the market, she already scooped up a nearby home to share with their two children. Even Chateau Miraval, the lavish, rosé-producing estate where Brad Pitt and Angelina Jolie frequently escaped with their six kids, appears to be staying in the family (exporting their homegrown olive oil is in the works). Both have visited the estate since their split — separately — with Jolie often making the short hop from Nice to the Riviera by helicopter, which she pilots herself.

For those with a burning desire to own a primary or secondary home here, never fear: Being famous isn’t a requirement for breaking out the Bain de Soleil and brushing up on your French. Of course, if your wish list includes actual views of those legendary cerulean waters, you will have to break the bank, paying at least $1 million at the low end and up to $100 million at the high end — or even three times that, which is the reported asking price for Pierre Cardin’s Palais Bulles (Bubble Palace). The sculptural Theoule-sur-Mer estate, built between 1976 and 1989, was the setting for then-Dior creative director Raf Simons’ 2016 cruise collection and, until it’s sold, can be rented for about $30,000 a day. 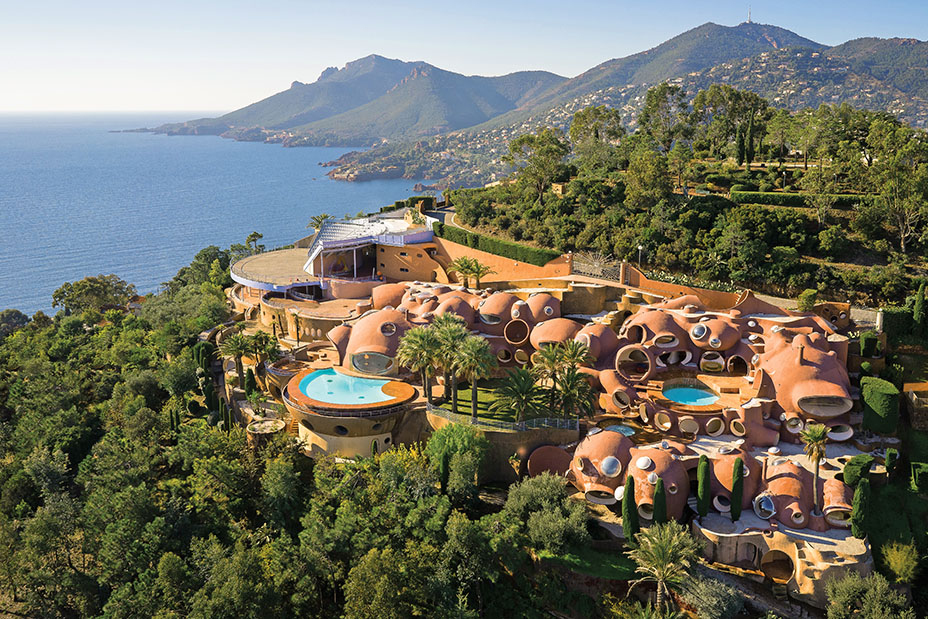 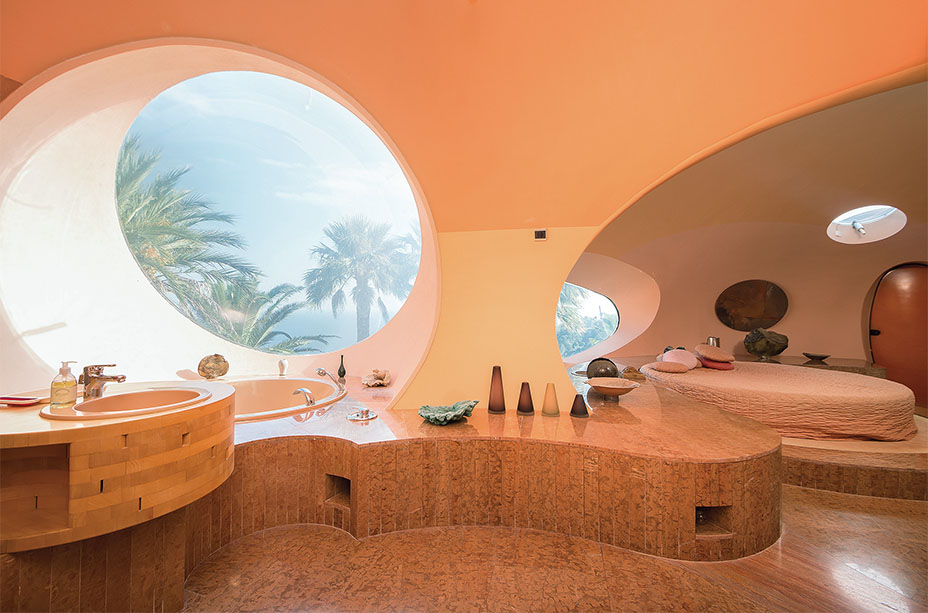 Within the city of Cannes, there are chic seven-figure options such as a 1940s car garage converted into a three-story, 7,500-square-foot apartment (with a separate studio) that’s on the market for about $3.26 million from brokerage Knight Frank. “For around $2 million, maybe you can get a townhouse with no sea view,” explains Angie Delattre of luxury property firm Michael Zingraf Real Estate (which specializes in the French Riviera); she recently sold a Belle Epoque waterfront manse near Monaco for around $30 million. “But for that same price or even a little less, you could get a modest house in Super Cannes [a residential area in the hills above the city] or a traditional stone house in Mougins or Saint-Paul de Vence.”

Adrian Leeds, a Paris-based, U.S.-born property expert who frequently appears on HGTV’s House Hunters International, says that the election of President Donald Trump has caused a significant ripple in the global luxury housing market. “My phone started ringing the morning after he became president, and it hasn’t stopped since,” she says. “I’m signing contracts every single day from Americans who are either getting the hell out of Dodge or are thinking that they need backup homes. There are people who have profited from the stock market, and they don’t know what effect Trump’s going to have going forward, so they’re looking for somewhere to put their money.” A buyer could put about $53 million into the Chateau de la Croix des Gardes, just minutes from Cannes, where scenes from Alfred Hitchcock’s 1955 classic To Catch a Thief were filmed — it hit the market publicly via Sotheby’s International early in 2016 for the first time in 56 years.

“Americans come to France for the way of life, to look for authenticity,” notes Sylvie Besse of the Patrice Besse Group, a French company specializing in historic properties. “Environment is very important — many want an art deco villa designed by a great architect with a panoramic sea view or a pretty stone house in a medieval village.” Besse has just such a listing about 30 miles from Cannes in the medieval hilltop town of Seillans — a stone Provencal house listed for about $1.6 million.

Adds Leeds: “That’s the difference between American buyers and Europeans in general: The Italians and the Brits want new — they grew up with old and they want something different. Americans want old and charming, something they can’t find in the States. Of course,” she adds with a laugh, “they do expect new kitchens and baths.” 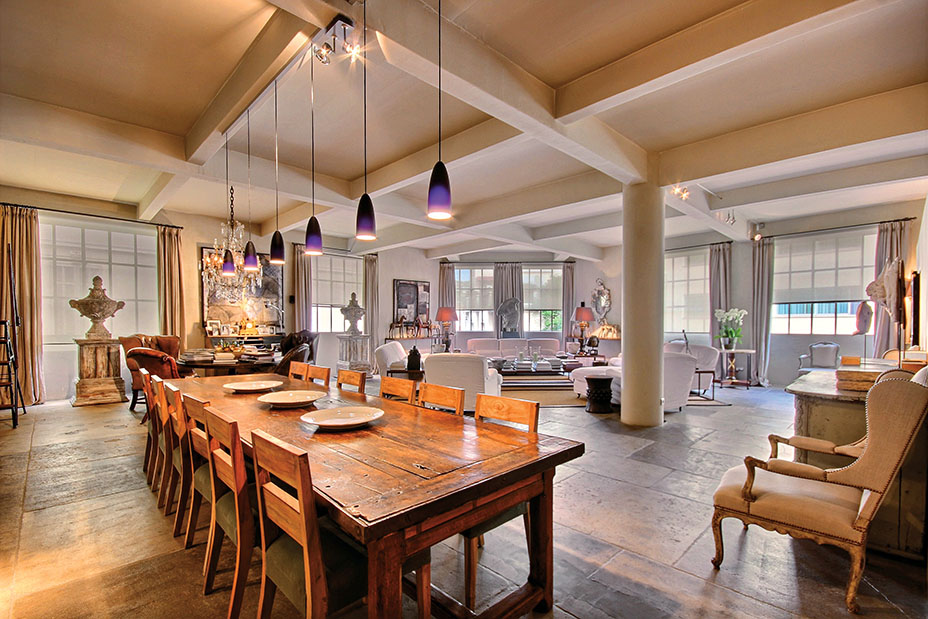 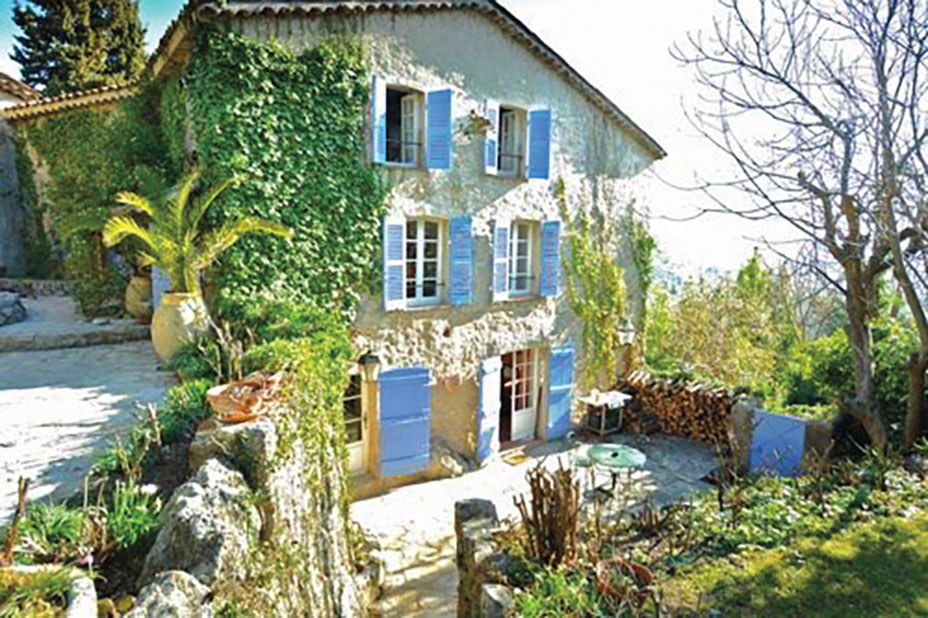 Low property taxes and no residency requirements are definite upsides for Americans looking to purchase a home in France; the downside is that mortgages are difficult for Americans to get there, and without a mortgage, pricier properties (around $1 million and above) are subject to higher taxes. And if you want to rent out your place, profits will be taxed in the U.S. as well as France. Another interesting quirk of French law: If you sell your home there after owning it for less than 15 years, you’ll pay steep capital gains taxes (around 33 percent), but if you’ve had it for 15 years or more, no such tax applies.

Nonetheless, most agents say it’s an excellent time to acquire property in France’s southernmost region. “It is actually a buyer’s market. There are a lot of properties for sale, but it’s also a very stable market,” says Delattre. “It used to be that people only came here from around Easter until the end of October, so it was a limited season, but it’s become a place where all the shops and restaurants are open because people live here all year round.”

Along with low interest rates and a strong dollar favoring Americans, Leeds cites the area’s priceless je ne sais quoi. “The beautiful landscapes, the quaint villages, the pristine coast — it’s just so tasteful and so elegant,” she says. “I don’t care where you’ve been, nothing holds a candle to the French Riviera.”