The event begins at 6 p.m. tonight, but ticket holders will start lining up hours earlier — not to see Beyonce or score an iPhone 12, but to purchase artworks whose creators are a mystery to them. And once the doors to ICA L.A. open, hundreds of L.A. art lovers will literally race into its galleries to stake their claim. “It’s like the California Gold Rush mixed with the Oklahoma Sooners,” says Veep star Reid Scott, who’ll join the frenzy. “Everyone sort of dashes to the pieces they want.”

After 11 years at Bergamot Station’s now-shuttered Santa Monica Museum of Art, followed by a three-year break, the Incognito benefit art sale is back. ICA L.A., the Kulapat Yantrasast-designed Downtown reincarnation of SMMoA, has recruited 350-some creators — from fresh talents to art-world stars — to contribute more than 400 works, all in a 12-by-12-inch format, priced at $500 each and signed by the artist, but only on the back.

Incognito has previously lured such Hollywood collectors as Tyra Banks, Mindy Kaling, Simon Baker, Jonah Hill, Jennifer Love Hewitt and Emmy Rossum. While some VIPs got an sneak peek at last night’s Precognito event, all attendees must choose and commit to the pieces they love without knowing who’s behind them (per Incognito’s strict buyer’s guide, “To purchase an artwork, remove the white tag and place it on your key ring. If you remove it, you buy it”). “It’s intense — people are competitive about what they would like,” concedes ICA L.A.’s Elsa Longhauser. “But they’re completely overjoyed to see so much work … There’s a lot of good will and good feeling and people get amazing things.” 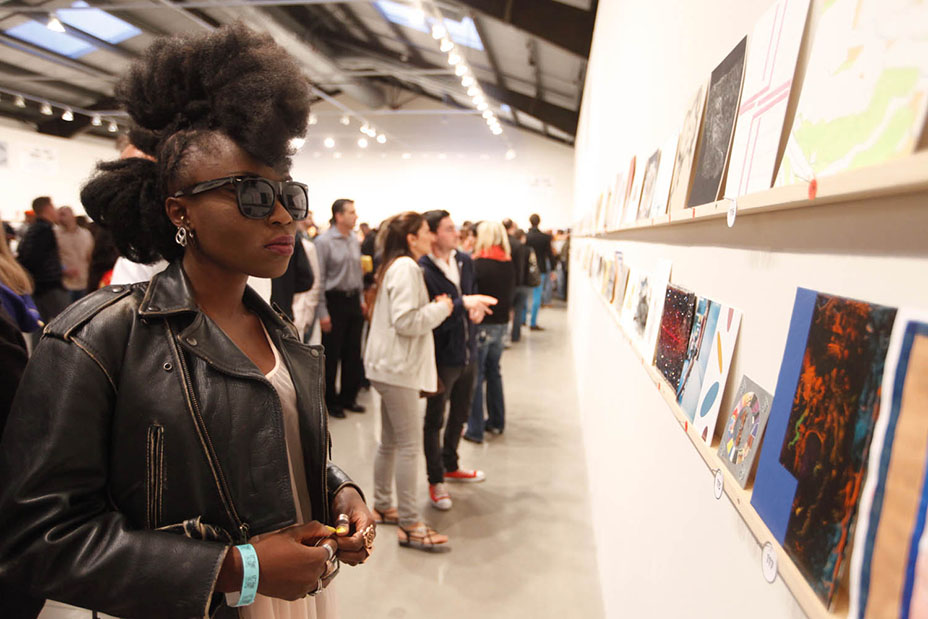 This democratic, if sometimes cutthroat, process is what appeals to Reid, who grew up with an art teacher mom (“There was a Potter’s wheel kinda always spinning,” he says) and is an enthusiastic collector. “I love the idea of buying art because you have a connection to this piece, and not because of the name in the bottom corner,” says the actor, whose personal collection includes a work gifted to him by Shepard Fairey as well as pieces by Melvin Sokolsky and Rosha Nutt. “Our house is just covered in art,” says Reid, who paints and sculps a bit himself; he also shoots photography. At the last Incognito, in 2015, he and his wife, writer Elspeth Keller, bought three pieces — one turned out to be by Don Suggs.

OWN executive Tina Perry-Whitney, who’s bought multiple works at Incognito and is a member of this year’s host committee, recalls a similarly serendipitous choice she made that same year. “I pulled the tag and was like, this is interesting to me — this kind of conceptual, abstract piece,” she says. “And then it turned out once we got it, it was by Oscar Murillo,” a Colombian painter whose work she and her husband, music publisher and talent manager Ric Whitney, already had in their collection. 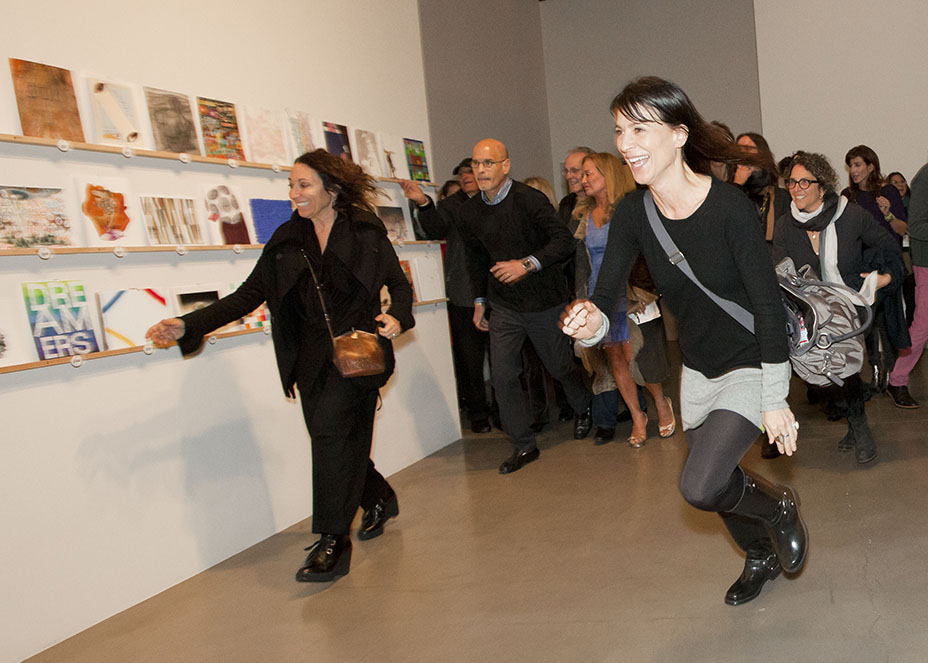 2018 contributors include emerging artists along with well-known names like Kenny Scharf and Catherine Opie, who’ll be honored alongside Guillermo del Toro at this fall’s LACMA Art + Film gala. ICA L.A. hopes to raise about $300,000 this weekend for its free programming — at Incognito (tickets start at $200) and at Sunday’s Postcognito, where admission is free but remaining pieces can be purchased. “There’s always wonderful work left at the end,” says Longhauser. “Hidden treasures reveal themselves.”

But Incognito’s charity aspect doesn’t dilute its competitive vibe. “Don’t overdo it with the Blahniks,” says Perry-Whitney. “People are in tennis shoes because you’re running around to get artwork.” And if you have your sights set on a work Reid also covets, he warns with a laugh, “Get out of my way.”