Hawaii has been saying “aloha” to more than tourists lately as the state welcomes a growing number of Hollywood productions to its vacation-ready islands. “Over the past two years, there has been a phenomenal rise in production activity,” says Georja Skinner, head of Hawaii’s Creative Industries Division. Between 2017 and 2018, the sunny island state served as the filming destination for nine features, four television series and nearly 30 commercials.

Of course, the most well-known of those projects is Hawaii Five-0, the island-set police procedural CBS rebooted in 2010. “Up until the last couple years, I felt like it was almost our little secret that we were shooting in Hawaii because there wasn’t a lot of stuff,” says series creator Peter Lenkov. “Now, my God, there’s so many productions.”

Among the more recent ones is CBS’ other Hawaiian reboot, Magnum P.I., as well as the two Jurassic World films and the Dwayne Johnson action flick Jumanji: Welcome to the Jungle. Together with other in-state productions in 2017, they brought about a direct spend of $317 million, with an estimated economic impact of $548 million. That number looks set to grow in 2018 thanks to the robust roster of upcoming movies, including Disney’s Jungle Cruise (2020), the Woody Harrelson-Mandy Moore starrer Midway (2019) and the new Godzilla vs. Kong movie (2020), all of which are filming on the islands this year. 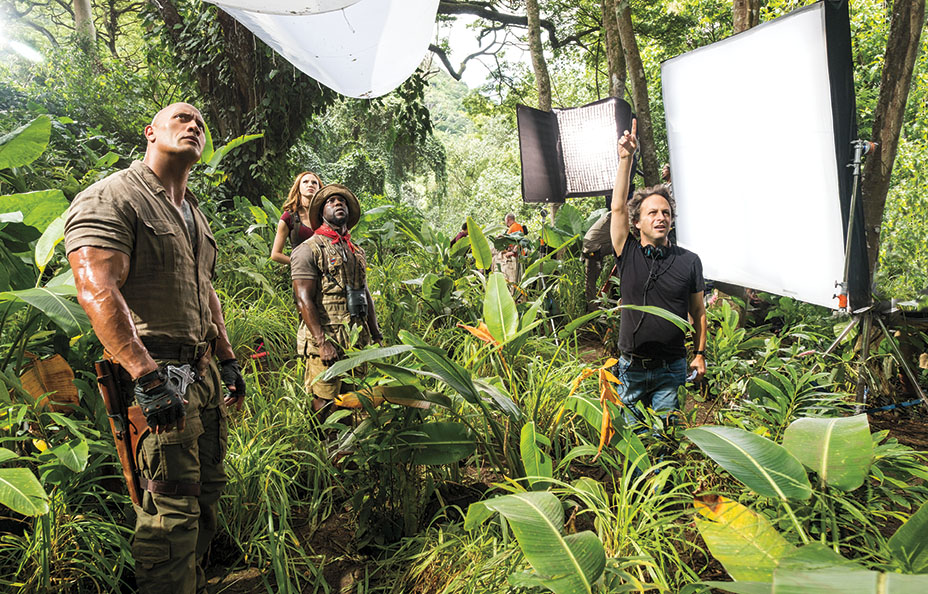 Helping to lure projects are generous production incentives. The state offers a 20 percent credit on qualified expenditures for film, TV and digital projects on Oahu (home to state capital Honolulu) and 25 percent on the neighboring islands. Over the next seven years, the state has allocated $245 million for its rebate program.

The production that packs the biggest punch with the local community is the new rendition of Five-0, which turned to many of the same spots the original used in the 1970s. “You can cheat certain locations, but you can’t cheat Hawaii,” says Lenkov, adding that “anywhere you put the camera, it’s beautiful.” The show has spent all nine seasons filming on Oahu; the 600-square-mile island is the hub for most production in the state and offers the highest concentration of trained crew.

Five-0 takes full advantage of the island. From skyscrapers in downtown Honolulu to lush tropical landscapes and, of course, the beach, “it’s got everything,” says Lenkov. The show spends roughly five of its seven shoot days per episode away from soundstages. “It’s a lot of people’s dream vacation, so we try to do a good job of showcasing the beauty spots,” says Timmy Chin, senior location manager for Five-0 and Magnum. 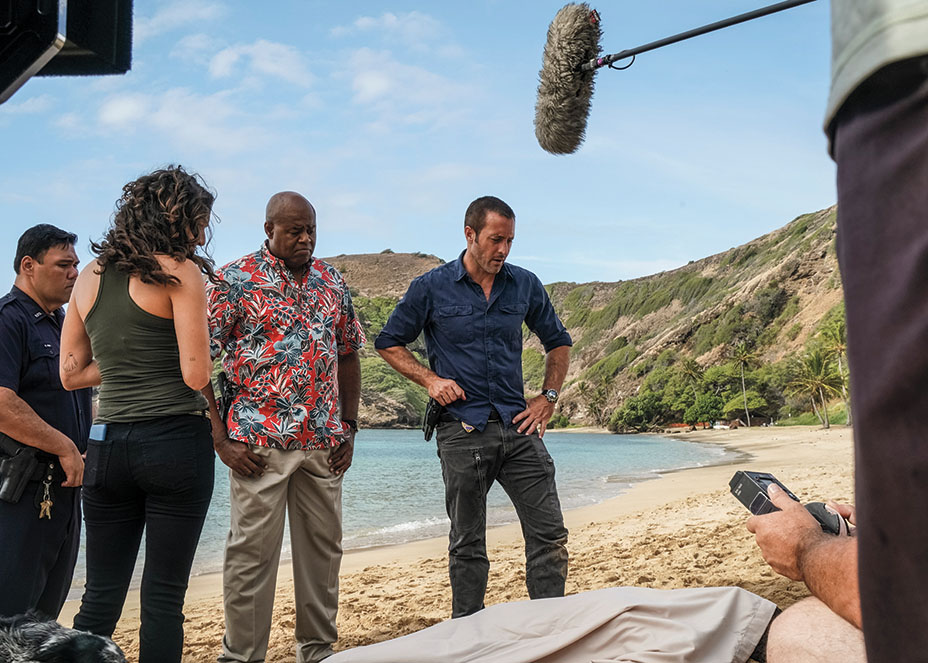 When the series needs to film indoors, it does so at the Diamond Head Stages near Waikiki. The 16,500-square-foot facility boasts an impressive history of Hollywood productions, from the original Five-0 (1968-1980) to 2004’s 50 First Dates to ABC’s Lost (2004-2010), as it’s Hawaii’s only state-owned and -operated studio. But that’s about to change. The legislature has approved plans for a new production facility in West Oahu and soon will request proposals for a public-private partnership to develop and manage the site.

The hope is to open the studio complex by 2025. “We need to increase the infrastructure to support longer stays for production so that not everything goes to Georgia for interiors,” says Skinner, who’ll be in L.A. from Nov. 3 to 6 for AFM’s LocationEXPO, an annual event for more than 60 film commissions, plus government agencies and production managers around the globe.

Hawaiian officials like to think of the state as a convenient Pacific midpoint between the U.S. and Asia as opposed to a set of far-off islands. In fact, Hawaii gets a lot of international business from Japan and China, which helps it edge out competitors like Australia and the Bahamas. Notes Skinner, “We’re actually the center of everything.”