Salke was joined by WME’s Nancy Josephson on a panel at the Sunset Tower Hotel to reflect on the past 10 years of the program, which has paired more than 200 high school girls with industry leaders. The program has given away $7.8 million in scholarships over the decade.

Former mentees Vandalena Mahoney, Paola Franco and Megan Castillo from the THR and Big Brothers and Big Sisters of Greater L.A.’s Women in Entertainment mentorship program also spoke about their experiences in Hollywood with moderator and THR executive editor Stephen Galloway, who was credited as the founding pillar of the program.

Salke advised the room packed with entertainment industry mentors and BBBSLA mentees to be open and show their true selves to the other person. “It’s a relationship, and relationships are built on history and uncomfortable moments and happy moments and everything else. It will pay off,” she said. “People are coming together with the intention of this being impactful. And if you stay with it and lead with your heart and be present, I think it can really be such a life changing thing.” 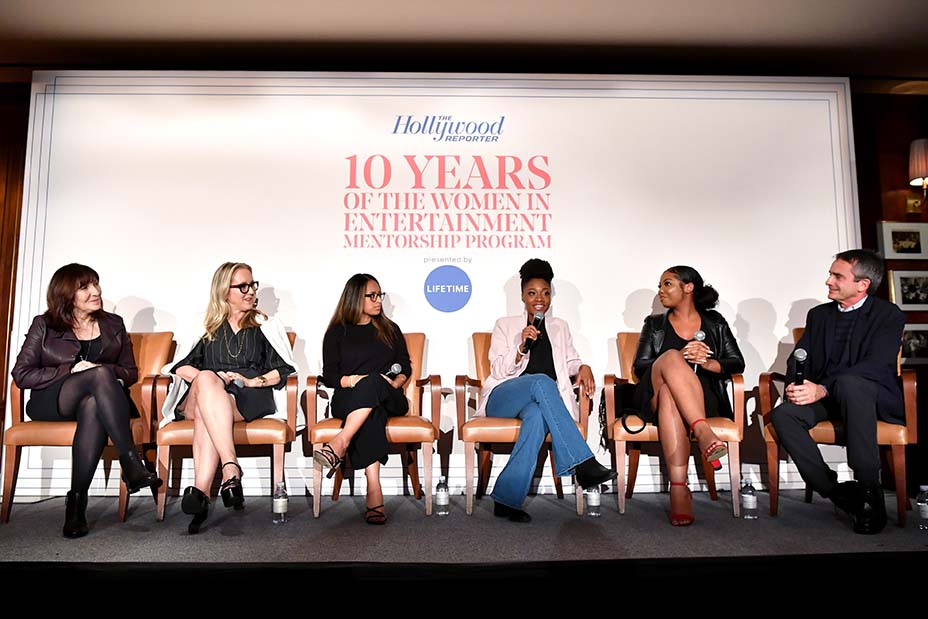 Her mentee, Franco, works in drama development of original series at Netflix and has experience at Amazon, UTA, Warner Bros. and NBCUniversal Media. “I didn’t really know what a mentor was,” Franco said, recalling her plan to enlist in the Marines and later the police force. “Then I was paired with Jen and everything changed completely after that. Being in law enforcement was a way for me to give back to my community. … This program really showed me how to do that in perhaps a bigger platform.”

Salke reflected on the emotional moments watching Franco adjust to college life. “The toughest was seeing Paola excel obviously and become a freshman at LMU and then deal with the struggles of adjusting to life on campus,” she said. “It was hard and emotional for me to witness, because she’s such a happy, engaged person … but then seeing how she came out of it was incredibly gratifying.”

Castillo recalled applying to the Mentorship Program and going through the interview process, saying, “It was my first time sharing my dreams with anyone. I could tell [they] really believed in me and that was the first time I felt like someone actually cared.” She was an Endeavor social impact intern at WME and is pursuing her masters at USC’s Suzanne Dworak-Peck School of Social Work.

Mahoney grew up in Inglewood before interning at Interscope Records, NBCUniversal Media and ICM Partners. Now a music festivals assistant at ICM, she is hoping to see more improvements in the industry for women and people of color, noting, “We have a ways to go in this industry. We should not still be in the position we are when it comes to diversity, when it comes to gender inclusivity. My experience right now and my outlook of the entertainment industry is, ‘How do we keep pushing forward? What is the next step in making sure that we feel comfortable in these spaces or we make these spaces reflective of who we’re representing?'” 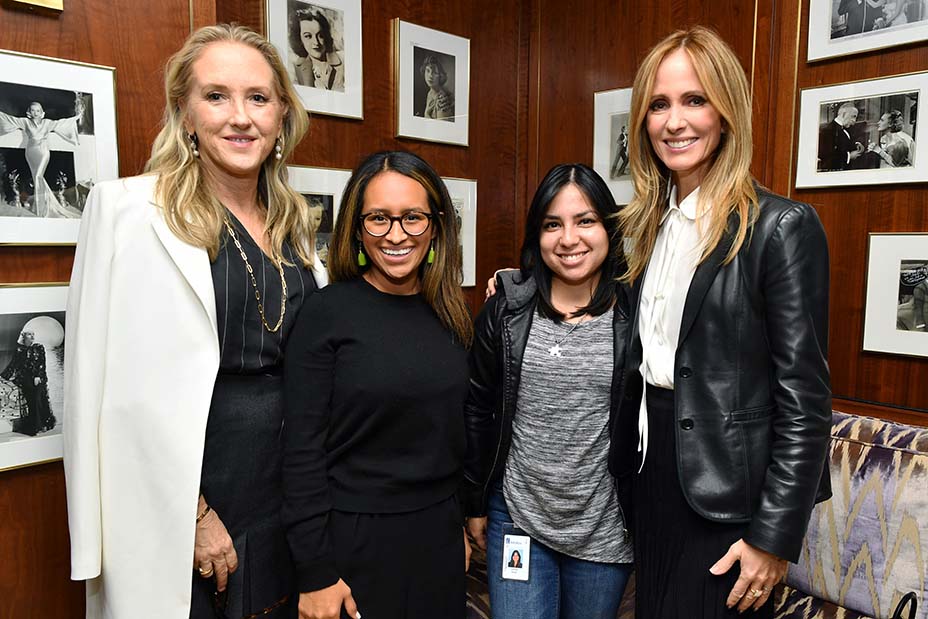 Josephson said, as a mentor, she was able to see how different opportunities affected the lives of her mentee and her daughter, who is just one year older. “That hadn’t even discussed the SAT,” Josephson said of her mentee’s school, which had limited computer access for college applications. “Those obstacles were so incredible to me, seeing the resources my own daughter had.”

“The great thing about this program is you actually only get to see the best of the industry,” Galloway said before the panel. He reminisced on one of his most memorable moments of the past 10 years, thanks to Trisha Cardoso of the Chuck Lorre Foundation: “When all of us met to decide who should get a scholarship and we could not decide between two girls — Sherry knows this because I was extremely upset — the next day, I was in my car and Trisha called me. … She said, ‘Guess what? We’re giving both girls scholarships.’ It still makes me tremble.”

THR‘s annual Women in Entertainment breakfast presented by Lifetime will continue the festivities on Wednesday at Milk Studios, where Reese Witherspoon will be presented with the Sherry Lansing Leadership Award by Kerry Washington.