Continue to The Hollywood Reporter SKIP AD
You will be redirected back to your article in seconds
Skip to main content
October 27, 2017 9:00am

In 2015, after listing a 2,000-square-foot, three-bedroom co-op in NYC’s Greenwich Village for $4.5 million, Julia Roberts snagged a buyer for $850,000 above her asking price, thanks to staging done by Meridith Baer Home (MBH). “Once she moved out, the apartment was empty. We staged it to look amazing and how you’d expect Julia to live in it — and it sold,” says founder Meridith Baer. “People don’t understand how to live in an empty space. We show them the lifestyle.”

Why Idyllwild, a Town With a Dog as Mayor, Is Drawing Hollywood Home Buyers

In the high-end real estate market on either coast, staging a home for sale or lease has become a must. Baer, who’s been on speed dial for Hollywood mega-brokers and developers for 30 years, with clients including Beyonce, Brad Pitt, Reese Witherspoon and Leslie Moonves (the latter for a lease), is top dog in this arena. Working with a team of 30 decorators — who earn $10,000 to $200,000 per job and annually book about 1,800 installations — MBH pulls from $76 million in inventory stored in 350,000 square feet of warehouse space. Projects have included a Santa Barbara house staged with Christmas decor that Katy Perry rented for her family for two weeks.

The field is becoming increasingly competitive, though, with companies vying for star clients. In 2016, Baer’s niece Jaime Morse and nephew Brett Baer created their own firm Vesta Home with Brandon Kleinman, who bought into high-end furniture maker J. Alexander that year. With millions in funding from venture capitalists and angel investors, they’re taking on MBH with small-batch custom furnishings and a tech-driven process that barcodes and tracks inventory. “The best anybody else does is clipboards,” says Kleinman. Vesta boasts of stealing MBH client Kanye West, whose staged $4 million home at 7882 Fareholm Drive, long on the market, just sold; the company has also worked with Chris Pratt and late agent Ed Limato’s 30,000-square-foot Coldwater Canyon estate.

Real estate agent Joyce Rey prefers Baer and Dressed Design’s Beth Ann Shepherd, a 15-year veteran who staged Britney Spears’ $7 million Lake Sherwood home that sold in February, a $35 million Beverly Hills estate leased to Kylie Jenner in May, and properties leased, owned or purchased by James Corden, Ashton Kutcher and Scarlett Johansson. Power agents Josh Flagg of Rodeo Realty and James Harris of The Agency call on MBH and Marshall Design Group’s Anna Marshall, who’s been in the business 22 years and staged the late Tom Petty’s villa, Casa Della Madonna, on Lake Sherwood. “It’s all stone, so I did white velvet sofas to lighten it, mixed with his antique pieces, a working jukebox from the ‘50s, and his guitars,” says Marshall, who is also working on the storied $26.9 million Beverly Crest Tony Scott estate, Bella Vista, and Alanis Morissette’s Brentwood home, currently in escrow. Marshall staged Madonna’s Hollywood mansion before Beyonce and Jay-Z moved in.

Competitors hasten to establish their own style distinctive from the aesthetic set by MBH. “We make custom furniture for the top retail brands in the world, too, so every piece you see would be the same you’d get in, say, Holly Hunt,” says Brett Baer. “You’re not going to see our furniture in one house and down the block in the next listing.” Shepherd says Dressed Design deploys “recognizable furniture” from brands like Minotti and “keys that turn the buyer on, whether it’s an Hermes throw, candles going, cookies in the oven or an inflatable swan in the pool.” Marshall, who often adds special items from H.D. Buttercup, says: “You never want to turn anyone off. I need every person who walks in to want it. It has to be neutral, with a little bit of grab here and there.” 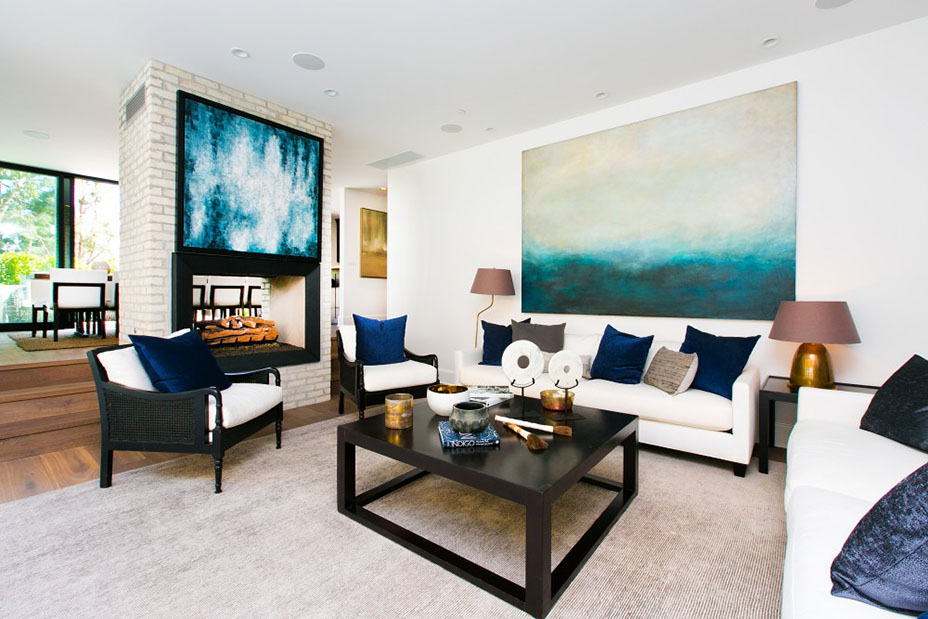 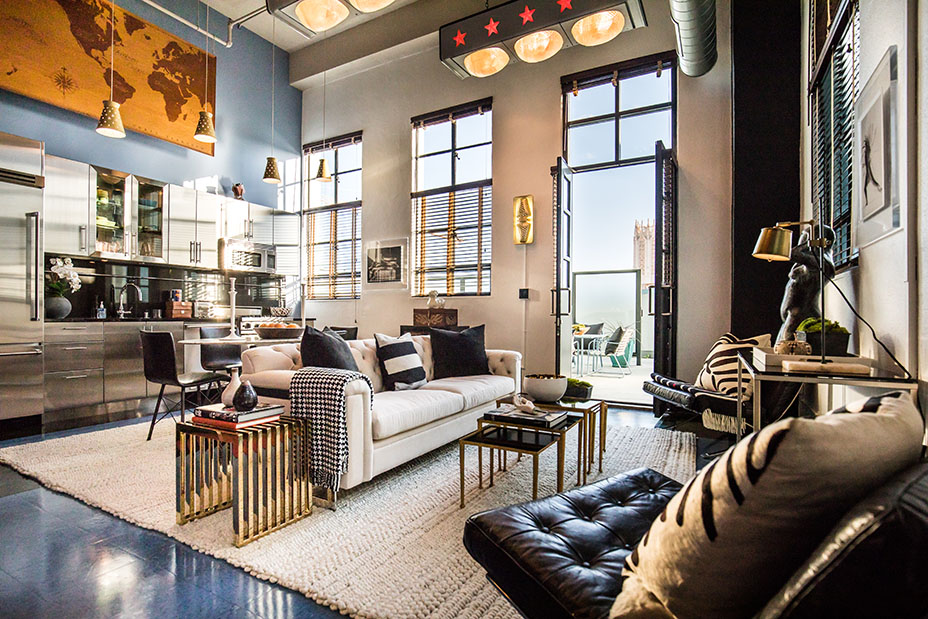