Continue to The Hollywood Reporter SKIP AD
You will be redirected back to your article in seconds
Skip to main content
April 28, 2018 1:34pm

Fresh sod was still being rolled out and safes topped with owl figures were being installed in rooms, but the 4-year-old Legoland visitor in our party hardly took notice. It was the night before the grand opening of the Southern California theme park’s new 250-room Castle Hotel and our daughter seemed near overwhelmed when she first sailed through the entry, which is flanked by two Lego knights trumpeting welcome music. Inside, the lobby, called the Grand Hall, is dominated by a huge wizard Lego model presiding over a large Lego brick play area, while elsewhere on the ground floor, kids were running around sitting on a red-and-yellow throne, pretending to be locked up in a play jail and knocking on a door that tells knock-knock jokes. Throughout the hotel, there are more than 2,000 Lego models, made from more than 3 million bricks, from flickering wall torches and sleeping mice to wizard staffs and butterflies.

The first castle-themed Legoland hotel in the United States and the second Lego hotel at the park, this new hostelry is themed around the Middle Ages. Each of the three guest-room floors offers a different décor: princesses, wizards or knights. The biggest hit inside the rooms? Our daughter gave two big thumbs-up to the separate kids’ sleeping area that offers bunk beds (with a trundle that can accommodate a third child), a privacy curtain and a TV that plays only children’s channels. “Great!” she said. Lego models in the rooms (there are at least eight in each) include dragons, owls and cats. There’s a special table for Lego brick building. And at night, a starry sky scene can be projected on the ceiling of the kids’ area. Our daughter also gave a thumbs-up to the ocean view from our third-floor room. 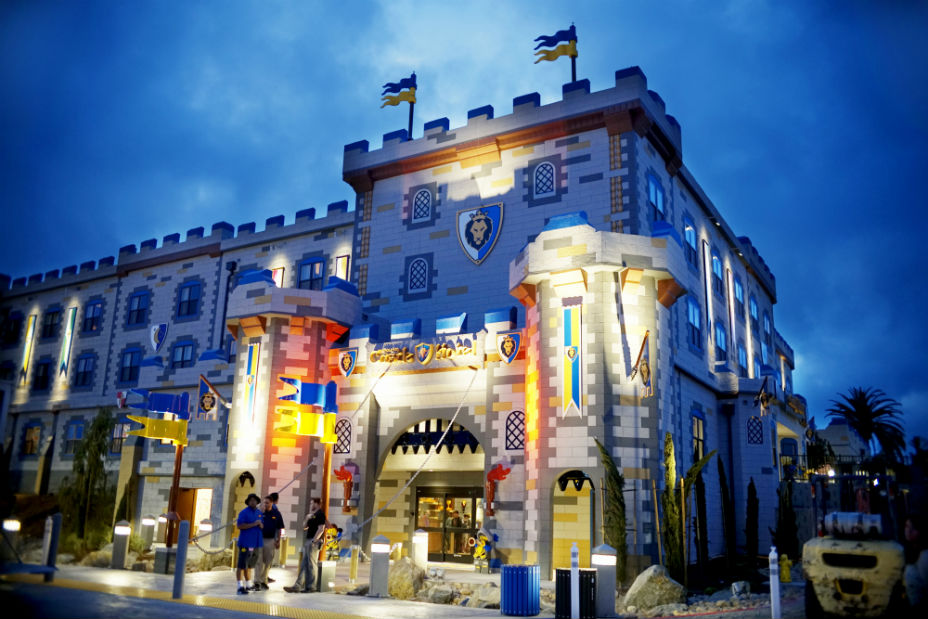 Just like the first hotel (which bowed five years ago), the Castle Hotel is located just yards from the entrance to the 128-acre Legoland, which two years ago added a new Ninjago land, which includes an interactive ride where guests wearing 3D-glasses can take out villains using hand gestures alone (no hand-held devices needed.) This summer, the park — located in Carlsbad, Calif., and geared toward ages 2 to 12 — will see the arrival of another attraction, Lego City: Deep Sea Adventure, a ride in which parkgoers will submerge in submarines inside an approximately 350,000-gallon tank to be filled with more than 2,000 real sea animals (including southern stingrays, black-tipped sharks and tropical fish) and Lego models. “Although it is a ride it is also an aquarium,” explained Marie Collins, a curator at Legoland’s Sea Life Aquarium.

At the new Castle Hotel, other features designed with kids in mind included the large outdoor courtyard which includes a playground, stage for live entertainment, Lego Duplo play area for toddlers, and an Astroturf-covered area with a large screen for showing Lego movies. There’s an adjacent pool with a hot tub and cabanas for rent. Inside, the Dragon’s Den restaurant serves a complimentary breakfast buffet and offers table service at lunch and dinner. Children will want to check out the self-playing piano and the large hearth (the “fire” is made with Legos) guarded by a model dragon.

The hotel is the latest project by the publicly traded British-based Merlin Entertainments, which operates eight Legoland parks across the globe. (Its portfolio also includes Madame Tussaud’s wax museums and England’s Alton Towers Resort, that country’s second-most-visited theme park). It will launch Legoland New York in 2020 in Goshen, N.Y. In Southern California, Merlin Entertainments is debuting its new hotel amid a highly competitive theme-park landscape. SeaWorld, also located in the San Diego area, is planning to develop its own themed hotel, while in Anaheim, Disney is planning to launch its fourth Disneyland hotel, a 700-room luxury property. While the company would not disclose the cost of building the Castle Hotel, one estimate puts its valuation at more than $20 million excluding furnishings and equipment.

Nightly rates at the Castle Hotel are ranging from the low $200s into the $400s depending on the season. Twenty suites, which can sleep up to seven people, are available as well with pull-out sleepers in the living-room area. Guests at either of the two Legoland hotels get 9:30 a.m. access to the park, a half-hour earlier than its official opening time. 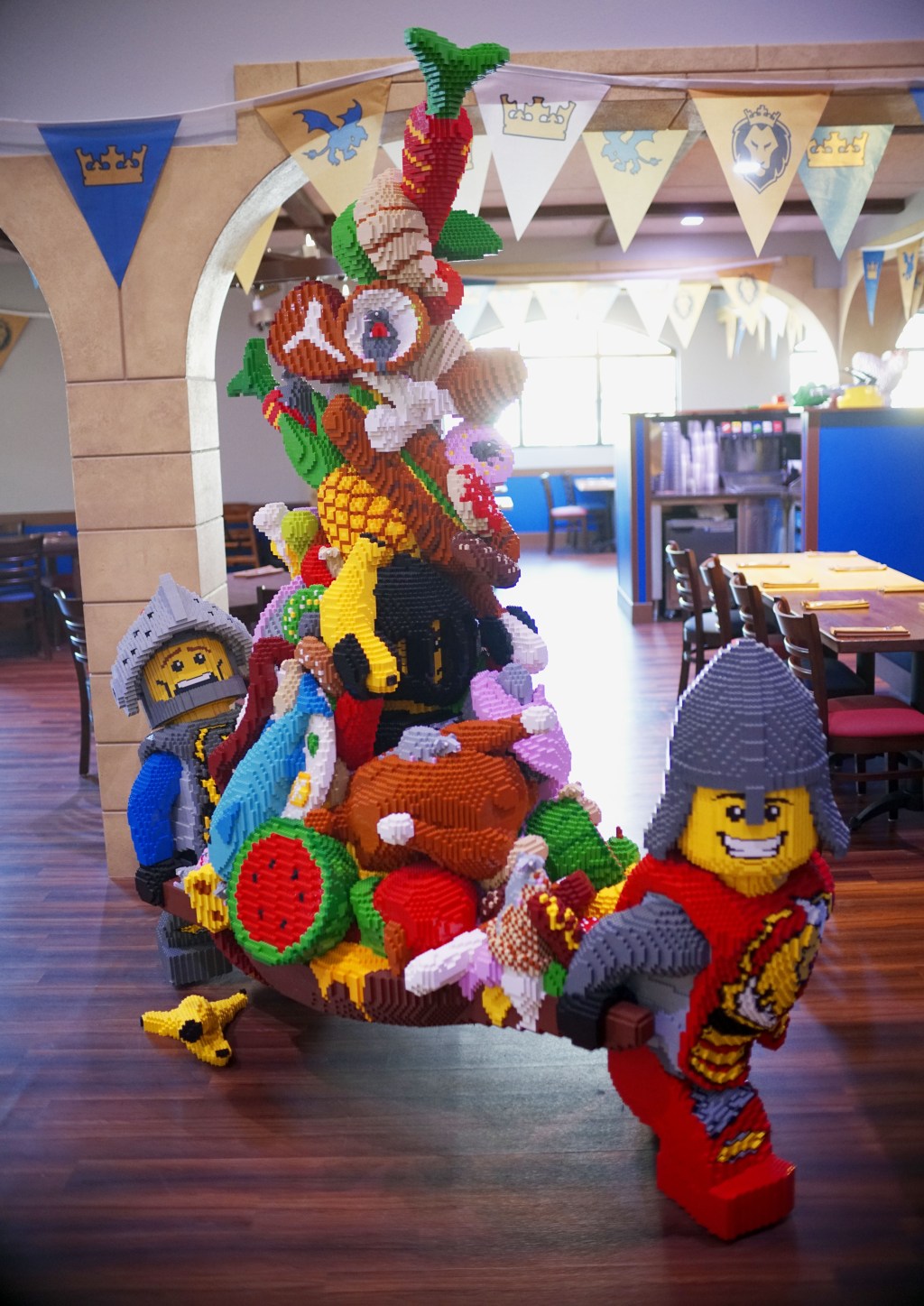