Do not expect to see Oprah Winfrey sitting down for a Barnes & Noble book signing at your local strip mall.

The cable CEO, media empress and spiritual liaison to millions says that she has no interest in attempting anything so tedious to promote the release of her latest self-help tome, The Wisdom of Sundays: Life-Changing Insights from Super Soul Conversations. True to reputation, Winfrey plotted something much bigger. So she opened the gates of her 42-acre Montecito, California, estate to some 300 of the biggest names in entertainment and business on the eve of the book’s Tuesday release — telling her guests to go forth and hashtag.

“Book stores are over, in terms of standing and signing all day long,” said Winfrey, sitting with a small handful of reporters at the top of the unseasonably warm Sunday morning. “You don’t meet masses of people. And when I believe that something is going to be impactful, I try to put everything I have into making that possible. Inviting people to my home is one way of doing that.”

Her meeting with journalists was just one piece of a packed Sunday, an afternoon that culminated with a gospel performance at her personal amphitheater and a stately brunch in one of the several lush clearings on her meticulously kept grounds. Those who made the 92-mile trek up the coast from Los Angeles, or elsewhere, included actresses Kerry Washington, Julia Roberts, Reese Witherspoon and Angela Bassett, frequent Winfrey collaborator Ava DuVernay, longtime friend Gayle King and partner Stedman Graham. Disney CEO Bob Iger and wife Willow Bay enjoyed the performance not far from Netflix’s Ted Sarandos and wife and political activist Nicole Avant. And, in one of the more eclectic rows you’d be likely to find at any concert, Diane Sawyer, Barry Diller, Diane von Furstenberg, Lin-Manuel Miranda, Shonda Rhimes and Arianna Huffington all cozied into the mossy stone seating of the outdoor venue. Also in that gaggle was Amazon founder Jeff Bezos, possibly the only person in the world with more power to sell books than Ms. Winfrey.

That was the essence of her gathering: Extol the themes of her SuperSoul TV franchise, her conversations with spiritual, business and academic leaders recently parlayed into a popular podcast, with a written collection of some of the bigger interviews she’s done since launching her cable network in 2011. But, 30 years after the launch of her now-retired Oprah Winfrey Show, she recognizes that those elements of her brand — spirituality and self-betterment — have always been a tougher sell. 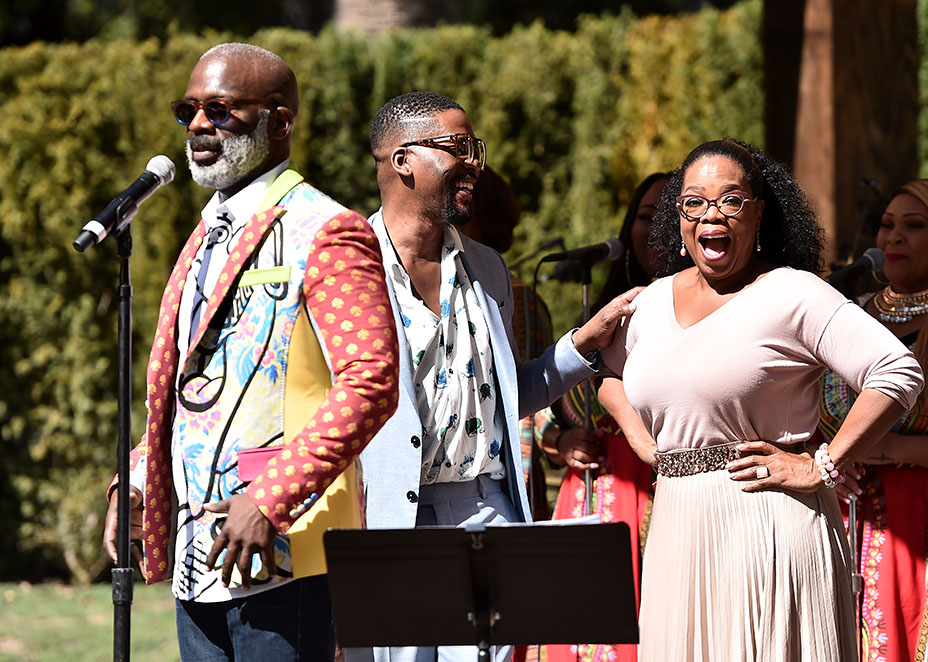 “It’s the real reason I started a network, but I was mistaken,” said Winfrey, laughing with wide eyes, alluding to the rocky early days of her now-thriving OWN: Oprah Winfrey Network. “I thought the world was ready to receive this message all day long, all of the time. I realized I was all by myself. People want conflict and tension, so I’ve been relegated to Sundays.”

This particular Sunday brought a rapt audience. Before ceding the stage to gospel legend BeBe Winans, Winfrey welcomed the crowd to the “Promised Land” (the name of her property was emblazoned on wrist bands given to guests upon entry). Winfrey’s primary home since 2001, she reiterated that she originally thought of naming it after Tara. But the fictional plantation from Gone With the Wind, in her eyes, did not do it justice. “Scarlett O’Hara wishes she lived here,” a dry Winfrey said to laughs. “Scarlett, I think I topped ya.”

Winans was joined by a troupe of gospel singers, including Yolanda Adams. Andra Day performed several songs, including one with Common that the pair recently recorded for the soundtrack to Reginald Hudlin’s Marshall. But the biggest response was reserved for an unknown after Winans referenced the recent “interruption” of “Harvey.” The word, presently most associated with disgraced filmmaker Harvey Weinstein and the mountain of allegations against him, was a jarring one in the midst of such a celebration. But Winans was referring to the hurricane that devastated Houston and so much of Eastern Texas. It was a reminder of the unrelenting tragedies — the Oct. 1 mass shooting in Las Vegas, a crippled Puerto Rico by Hurricane Maria — that have scripted so much of 2017’s narrative. Winans brought out Emily David, a Harvey survivor who sang Simon & Garfunkel’s “Bridge Over Troubled Water” to a standing ovation. 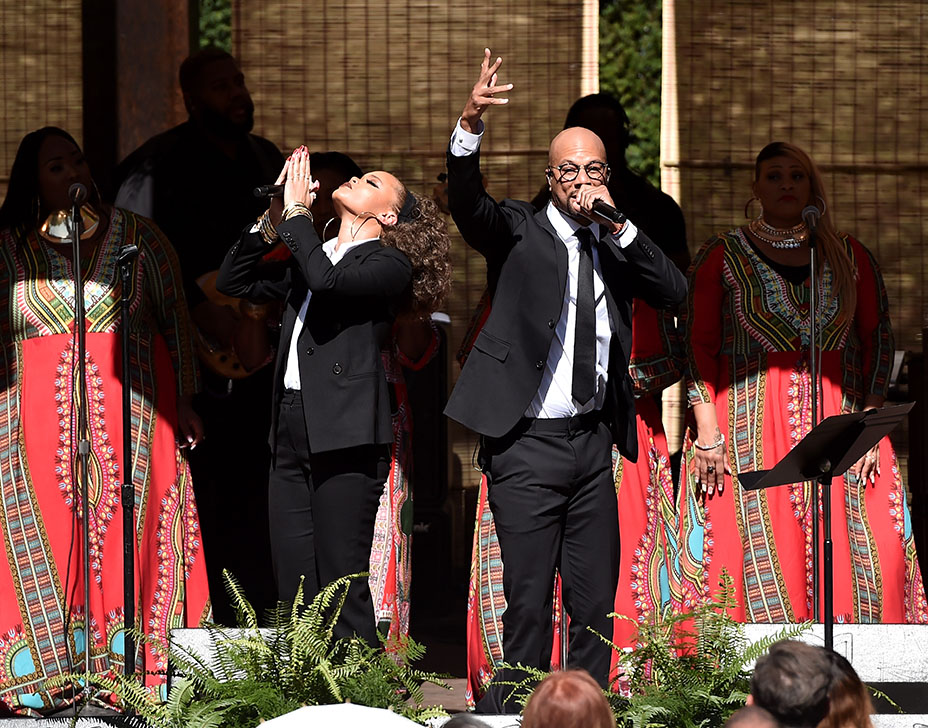 The uncertain world in which she’s launching her new book does not seem lost on Winfrey. There were no explicit references to the current political climate during her sit-down, though she did say she feels humanity has found itself at a crossroads — and that she hopes readers can find some guidance from the conversations she’s had.

“I don’t think that this is such a terrible time. I think that we needed this time to literally wake us up,” Winfrey said before she headed off to the performance. “Everybody talks about staying woke. This is how you get woke.” 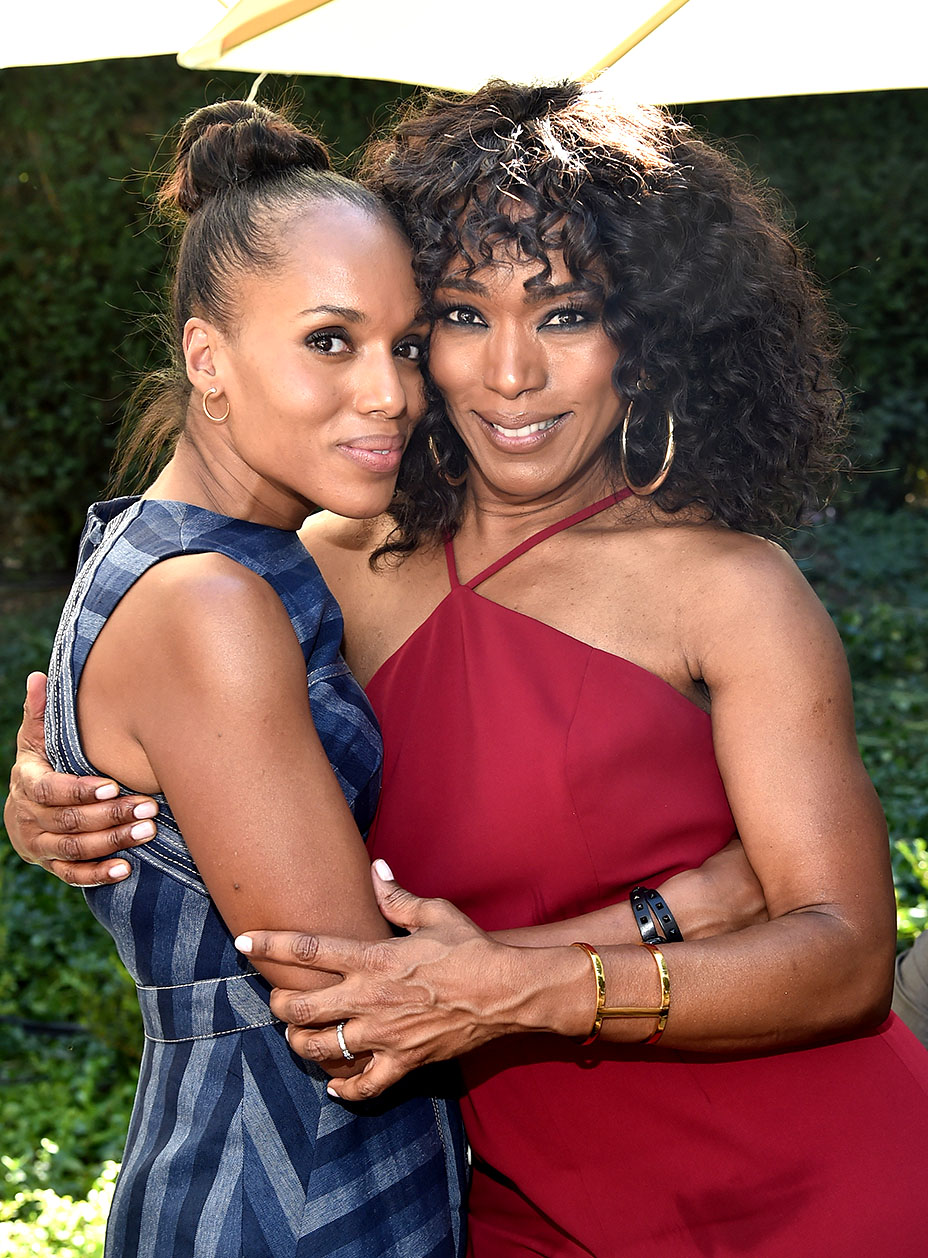