Here’s a sample of greetings that occur at the door of a women’s-only sex party in Los Angeles: “Hello, welcome. Are you on the list?”; “I’ve been looking for a studded leather bralette everywhere — love it”; “The dominatrix is warming up her sub,” aka submissive. The sex parties of Skirt Club — a roving, members-only, “high glamour underground community for women who like to play with women,” says founder Genevieve LeJeune — take place in Berlin, London, Melbourne, Sydney, New York City, Miami, San Francisco and, on June 3, in a downtown L.A. loft tricked out to look like a dungeon, where one producer with a rockin‘ bod revealed she has several kids (some identifying details have been changed for anonymity): “This is so f—ing hot. Meanwhile, my to-do list today was potty train, do school drop-off and find sparkly duct tape for nipples.”

Most of the women who come for an evening of unabashed sapphism with Skirt Club identify as straight, says LeJeune, a former Bloomberg journalist currently married to a man. In response to an application question that’s part of the vetting process, some 60 percent identify between a 0 and a 2 on the Kinsey scale (which goes up to 6), meaning that they see themselves as anywhere from exclusively straight to “predominantly straight, but more than incidentally homosexual.” Many are in committed partnerships with men or have been. They are what University of Utah sex researcher Lisa Diamond calls “sexually fluid” — a tendency, seen more often in women, to be swayed by a feeling of connection, an opportunity or a supportive community, more than just the other’s gender — which in New York and Los Angeles manifests in surprisingly similar and different ways. 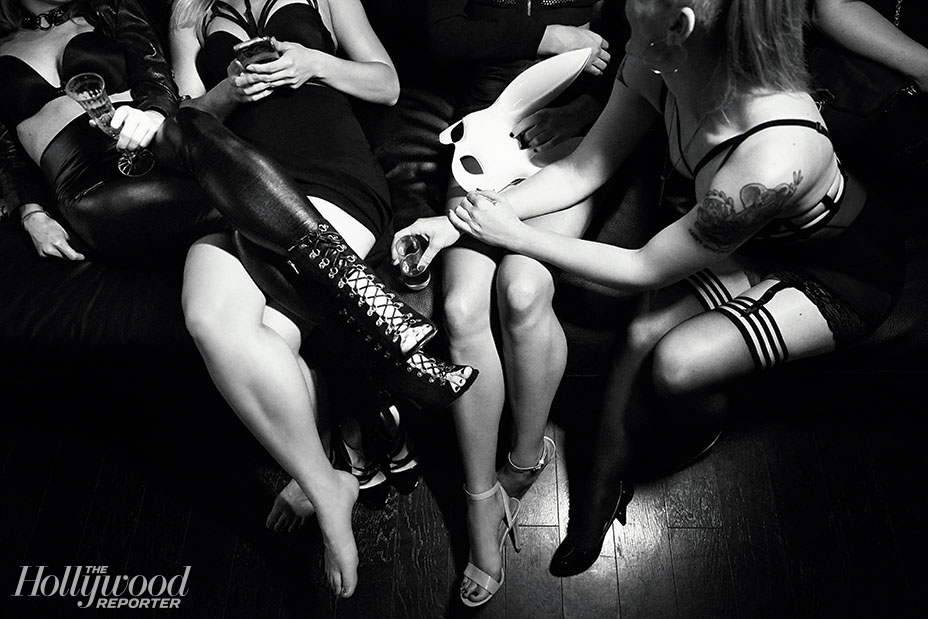 Exploring sexuality outside the dyad and far from the male gaze might seem trendy at a time when Wonder Woman‘s Gal Gadot is seen onscreen telling her love interest: “Men are essential for procreation but when it comes to pleasure, unnecessary.” It may also feel more valuable than ever, considering that a U.S. president was elected despite bragging about assault, or that Hulu’s series The Handmaid’s Tale, exploring a scenario in which women are mere vessels, is among the most-talked-about shows on prestige television today. Either way, LeJeune says the club began when she grew tired of former boyfriends leveraging her bisexuality to get threesomes. Sex parties were no better. She was put off by ick aesthetics and men being the producers, directors and stars of every encounter. “I wanted an elegant party all about female-centered pleasure,” as she put it, and she sensed she was not alone in her desires.

LeJeune was right. After a party for friends at her London home in 2013, Skirt Club has grown to 7,000 members and 30 parties annually. For $180 admission, from 8 p.m. to 2 a.m, women who have been vetted drink champagne, hear from a sex positive speaker or performer and go at it. No men allowed.

This parameter is the essence of Skirt Club. With “lesbian” the top search term worldwide for 2015 and 2016 on PornHub.com, the male presumption that “a threesome with my girlfriend/wife would be me, her, and another woman,” and a recent study asserting that lesbianism evolved because men find it exciting, it’s no wonder that a prominent evolutionary biologist called this “Lesbians Exist For and Because of Men” study “a Pleistocene circle jerk” in a private email. There’s a deep strain of women wanting to be with women for and because of men in our culture. LeJeune caters to women seeking a way around that.

What Happens at a Black-Tie Sex Soiree for Hollywood Wives

As an author (Primates of Park Avenue) researching a new book on female sexual autonomy, I spoke to women of all ages and orientations — from students to grandmothers to the polyamorous — as well as with academics, from Sarah Hrdy, the mother of sociobiology, to bonobo expert Amy Parish, who says that our closest relatives are a highly sexed, female-dominant species who often prefer girl-on-girl action. I learned female sexuality is so often refracted through the male gaze — be it in the retrograde scientism of biased researchers, or the “woman as recipient of the money shot” perspective of much online porn — that it hardly gets a chance to be, or be studied as, a thing in itself.

So I was excited to do some cross-cultural analysis of Skirt Club parties in NYC and L.A. The two groups comprise a sample size of 110 women between the ages of 21 and 50ish. In both cities, it’s a femme-y crowd. There are heels and bustiers, sure. But to such outlets as Rolling Stone and Vice, who fret that this is evidence of false consciousness and call Skirt Club fake lesbianism or lesbianism lite, I can only say that none of the women having orgasms with other women in L.A. and New York seem to be faking it.

At the New York party, held May 20 in a downtown duplex with a massive fireplace, a fabulous skyline view, and a terrace featuring a huge hot tub, the homeowner-hostess, a buff dirty blonde with butterfly temporary tattoos on her bottom, wore nothing but a harness that exposed her nipples and a G-string. A practitioner of the ancient Japanese art of bondage called shibari gave a demonstration as women who had traveled from Palm Beach, Florida, New Jersey, Brooklyn, and the Upper East and Upper West sides got their cocktail on and listened attentively. Attendees were a fit, diverse crowd of 50 women in law, finance, journalism, medicine, social work and sex therapy. There was some standard getting-to-know-you awkwardness. But as a fashion designer in leather leggings explained: “There’s none of the stress about what might happen. Everyone is here because she wants to have sex.” New Yorkers do love to save time. (Although I did hear later that these events can sometimes lead to more: One woman met her girlfriend here, another invited a fellow attendee to a dinner party at her house.) 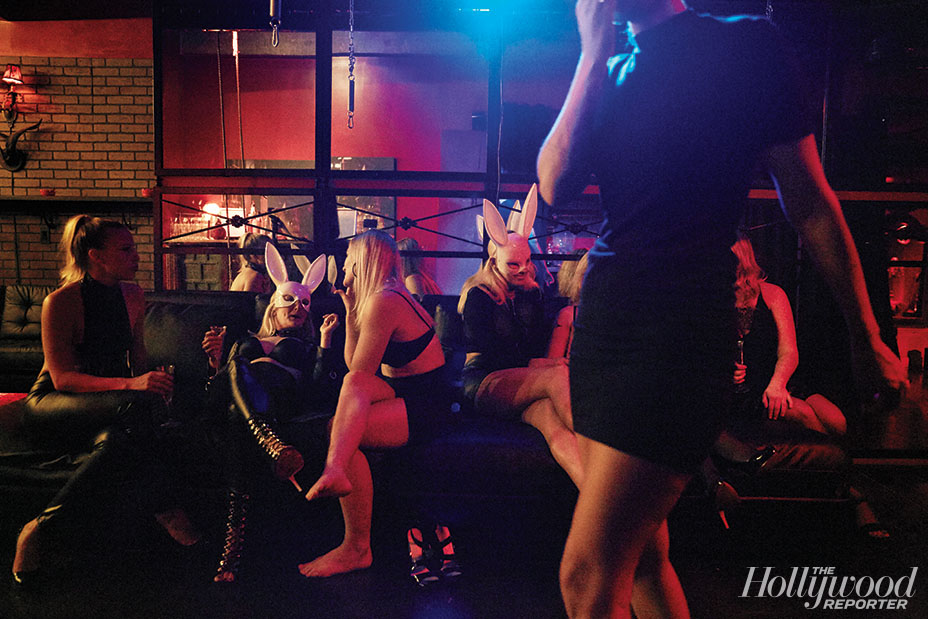 After a game of body shots (no food at these shindigs!), the crowd thinned. Research revealed that in one bedroom, eight bodies writhed in every congress imaginable. There was grinding, going-down-on, spanking, hair pulling and ecstasy, with more of the same to be found in the other bedroom. I had never seen human females go at it like this — uninhibited, unapologetic and uncensored — and it made me want to get to my husband quickly. As I gathered my things and headed to the door, a too-young-for-me blonde told me she found me captivating. It was like a prom dreamed up by Djuna Barnes and Candida Royalle, and I fled.

But I felt like an old hand at the L.A. party, held in a gritty building downtown; the color scheme was red and black. The fete drew women from Burbank, West Hollywood, Venice, downtown, Silver Lake, Arizona, Vancouver and Australia. “No one from the Westside would go,” said a Brentwood screenwriter friend. Not because of wealth and heteronormativity acting as constraints, but because “we think it’s too far.” There were media types, actresses, a surgeon, a tantric yogini, an ethnobotanist, teachers, an ice-cream maker, a dentist, visual artists, a lawyer and a real estate developer. While Skirt Club themes have ranged from chocolate to stripteases to Prohibition speakeasy with lots of flapper dresses, at this party, leather, latex, lace, leash rings and riding crops prevailed. Attendees watched the dominatrix, who spoke not a word as she whipped her sub with a cat-o’-nine (theater! It’s L.A.!) and quickly moved to act on their own. A woman in a leather skirt with Brigitte Bardot hair (of course! L.A.!) couldn’t keep her hands off a brunette in a garter belt and little else. A curvy black woman with long beachy waves (L.A.!) wore a purple garter belt, her panties and bra long shed. “Except for parking, there’s so much less stress here than in New York,” LeJeune says when asked why these women got busy so fast. “L.A. women go with the flow.” I peeked into a room piled with pillows, where 10 women in pairs were grinding, 69’ing and using a vibrator.

As for city differences, there was no more plastic surgery in evidence in L.A., though pot edibles were mentioned. Women were perhaps more casual — there were more flats than in New York, and heels were quickly chucked in favor of walking around barefoot — and were quicker rid themselves of their clothing and inhibitions. I felt the California only when a brunette in ringlets enthusiastically showed a curious group her clitoral piercing. Thanks to half a century of feminism — including years of LGBTQ activism, Shonda Rhimes, Jill Soloway, Jenji Kohan and LeJeune, among others — women from both cities had, for a night, found a way to push the stop button on the male gaze, to buy a pass from heteronormativity and act on their fluidity at Skirt Club, all in the name of exploring sex on their own terms. For a few hours, they were bonobos in paradise. 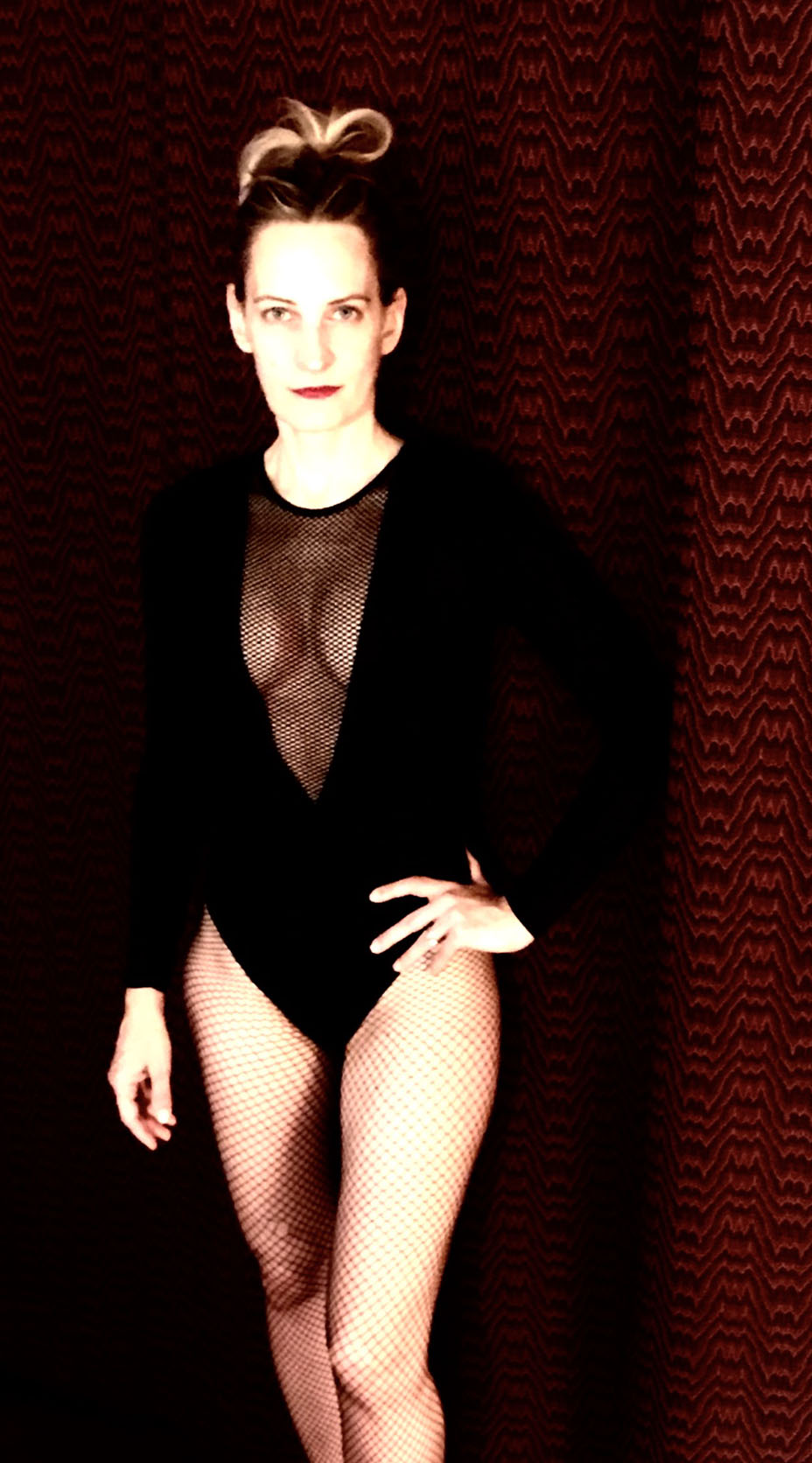