When is time really up? Which kinds of past sexual misconduct can eventually be forgiven — and who gets to decide?

It’s a thorny issue that inevitably arises in the Time’s Up era. And in the past few weeks it has come more clearly into focus as allegations arise that may or may not be slam-dunk disqualifiers from positions of power in Hollywood, as was the case with alleged serial predators like Harvey Weinstein and Kevin Spacey. While some have expressed concerns that the Time’s Up movement could go too far, others fear that the absence of clear standards might slow a long overdue movement, that misconduct short of violent assault will be acceptable — again or still — and that men in power will remain invincible.

CBS chairman and CEO Leslie Moonves remains on the job — to the relief of some and consternation of others — despite a Ronan Farrow exposé involving multiple accusers who alleged forcible kissing and touching, along with career retaliation when they rejected his advances. And Chris Hardwick made an emotional return to AMC’s Talking Dead Aug. 12 after an investigation that followed allegations ?of sexual and emotional abuse from his former girlfriend, Chloe Dykstra. (Hardwick denied the alleged abuse. Dykstra declined to participate in the investigation but tweeted Aug. 10 that she stands by the allegations and has “evidence to back [them] up.”) Co-executive producer Jen Patton and several others have ?left the show in the wake of Hardwick’s return.

Yet Jessica Chastain’s decision to work ?with Australian director Matthew Newton, who has a well-documented history of assault, led to so much blowback that on Aug. 10, Newton dropped out of the project, Eve, based on a script that he wrote. This ?was despite Chastain’s impeccable credentials as a founding member of Time’s ?Up and Newton’s statements of remorse for his misdeeds.

At the same time, Casey Affleck, with The Old Man & the Gun set to be released Sept. 28, sat for a carefully choreographed interview with the Associated Press, addressing allegations of sexual harassment that arose during the making of the 2010 film I’m Still Here. (Affleck skipped presenting the best actress Oscar earlier this year.) Affleck did not discuss specific accusations leveled at him in a pair of lawsuits, both of which were settled. Instead his talking points were that “the buck had to stop at me” as one of the producers, that he had “contributed to [an] unprofessional environment” on the set ?and “tolerated that kind of behavior from other people.”Whether that is enough to lay the issue to rest remains to be seen.

In this era of uncertainty, the Time’s Up movement has not yet provided guidance on how to evaluate alleged misconduct — absent criminal charges — or what consequences are appropriate for those whose behavior has crossed a line. “We are processing the truth that there are varying degrees of misbehavior, making a blanket response to each instance ?of wrongdoing impossible,” the group says in a statement to THR. “It’s complicated, messy ?and often painful. But we can’t let pain and confusion keep us from hearing women’s voices and fighting to change a status quo that has historically silenced women.” 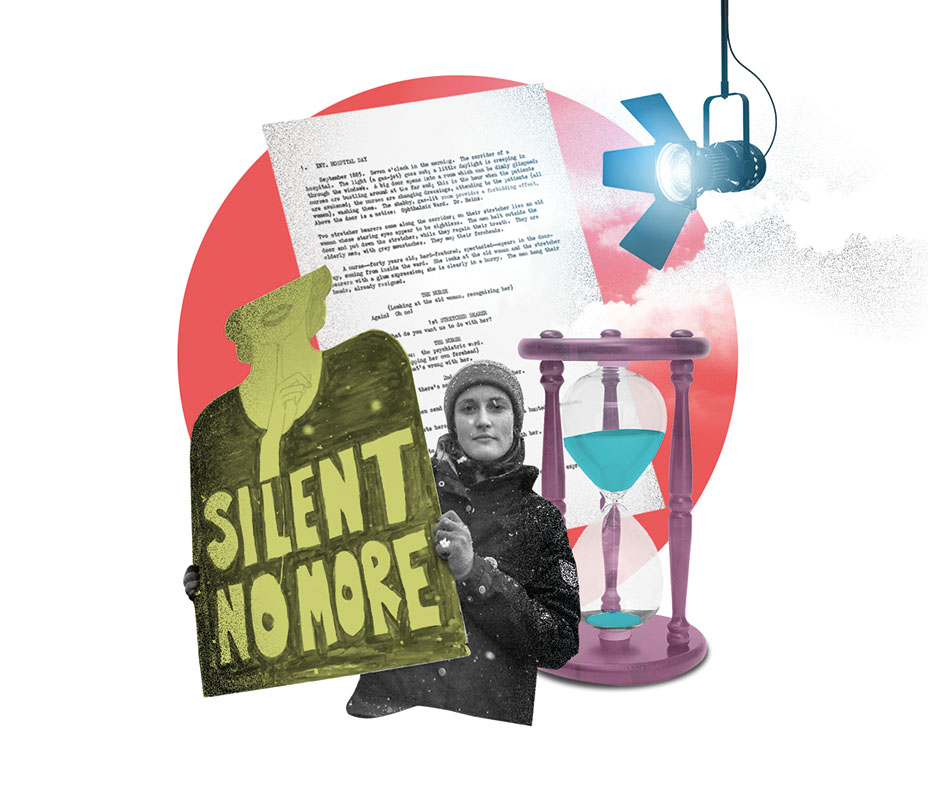 Deborah Rhode, a Stanford law professor and ?author of several books on gender and law, notes there are no simple rules for determining what conduct should lead to permanent ostracism and what can be forgiven. “It’s really hard to come up with bright-line rules,” she says. “So much depends on what the conduct was and how the individual has acknowledged it and made efforts ?to show a genuine appreciation of the consequences and demonstrates a full acceptance ?of responsibility and a full commitment to do better.” At least in some cases, she adds, “We want to give people an opportunity to demonstrate a change in attitude and behavior.”

That’s a strategy that may work for Casey Affleck and appears to have worked for ?his brother Ben, who last October denounced Weinstein’s conduct on Facebook and tweeted an apology for groping actress Hilarie Burton ?in 2003. He has several projects in the works.

It would seem that Chastain, an outspoken founding member of Time’s Up, might have had the stature to decide that Newton had checked the necessary boxes (assuming she was aware of his past assaults; she has not commented throughout the controversy). In 2007, Newton, now 41, pleaded guilty to assaulting his then-girlfriend, Brooke Satchwell, best known for her role in the Australian series Neighbours. In 2010 his then-fiancee, Rachael Taylor, who plays Trish Walker on Netflix’s Jessica Jones, accused ?him of “two unprovoked assaults,” including an attack involving a “concussion, bruising ?and a sprained jaw” and injuries consistent with having her head “bashed against the floor and walls.”

This February, Newton addressed the issue in response to questions about the inclusion of his film Who We Are Now at the South by Southwest film festival. “I had a severe problem with substance and alcohol abuse then and for almost six years now I have actively worked every single day, one day at a time, to remain sober and live a clean, upstanding life,” he said.

But if Chastain was ready to welcome Newton back into the fold, thousands of fans weren’t: More than 6,100 people signed a petition calling for his removal, prompting Newton to withdraw.

In the case of Moonves, many in Hollywood have been silent as he remains on the job ?even as he’s under investigation. While allegations against Weinstein and Bill Cosby “set ?the bar for bad behavior so low that everyone ?could step over it,” writer Nell Scovell observed in a recent New York Times opinion column, the Moonves story is “tamer.” But, ?as Scovell also pointed out, it has been illegal ?for almost four decades for those with the power to hire and fire to make sexual advances on their employees.

A First Step for Hollywood Harassers: "Say You're Sorry and Mean It" (Guest Column)

In a late July statement about Moonves that she posted on her Facebook page, CBS Films president Terry Press analyzed the situation differently. Noting the age of most of the allegations against Moonves, Press asked, “If we are examining the industry as it existed decades before through the lens of 2018 should we also discuss a path to learning, reconciliation and forgiveness?”

Krista Vernoff, the showrunner on Grey’s Anatomy and an outspoken feminist, says sorting out which misconduct is fatal and what can be survived with true contrition is difficult — especially for those who may have worked for or ?collaborated with the accused. “It’s very complicated when you know the people,” she says. “Is there a way for these men to come back? ?Is there an apology that works?” (As one example, Rick and Morty creator Dan Harmon ?was praised by some for his January podcast ?mea culpa to Community writer Megan Ganz — who called it “a masterclass in How to Apologize” on Twitter. Yet more recently Harmon had to apologize again — for a “distasteful” video he posted in 2009. Adult Swim is standing by him.)

Vernoff argues that men who have behaved badly — and possibly illegally — need to work out how to make amends rather than just say they’re sorry, even if the misconduct occurred decades ago. “It’s write a fucking check and make a phone call to get her a job,” says Vernoff, adding, “Louis C.K. should put his millions toward a comedy special showcasing his victims called Women I’ve Wronged.”

This story first appeared in the Aug. 15 issue of The Hollywood Reporter magazine. To receive the magazine, click here to subscribe.