Continue to The Hollywood Reporter SKIP AD
You will be redirected back to your article in seconds
Skip to main content
July 18, 2017 2:34pm

Last month, Lieu’s office initiated an inquiry into the current state of a famous mural that hung inside the lobby of the former USPS building on Windward Circle for more than 70 years before Silver bought the building in 2012 for $7.6 million.

Silver’s original vision was to convert the 24,000 square foot office blocks from the beach into the new Silver Pictures headquarters. But that has not gone as planned. Construction at the site has been slow — if not entirely stalled — for much of the past few years, which has angered local residents and business owners after they were originally told by Silver and elected officials that the sale of the building would be a transformative event for the neighborhood. As part of the original deal, Silver pledged to restore the mural, titled Abbot Kinney and the Story of Venice and painted by the artist Edward Biberman in 1941, and have it reinstalled in his new offices with public access for viewing, albeit limited. But the construction delays have pushed that plan back indefinitely and the mural now sits in a storage facility in Compton.

Lieu, whose district extends from Malibu to Rancho Palos Verdes, was acting on behalf of local arts community activists — a vocal and feisty contingent — who are lobbying for the mural to be taken out of storage and put back on display at another location with public access. One option floated is the Venice Public Library on Venice Blvd. “I am sorry to hear of the difficulties you are experiencing with having USPS arrange for the Biberman historic mural to be displayed in Venice, California. My district office has initiated an inquiry regarding this matter, ” read the letter that Lieu’s office sent to attorney Elaine Mittleman, who is representing the arts community. Lieu’s office, according to Mittleman, requested that Silver provide a timeline for the remaining renovations and asked that he consider letting the mural be displayed at the Venice Library. 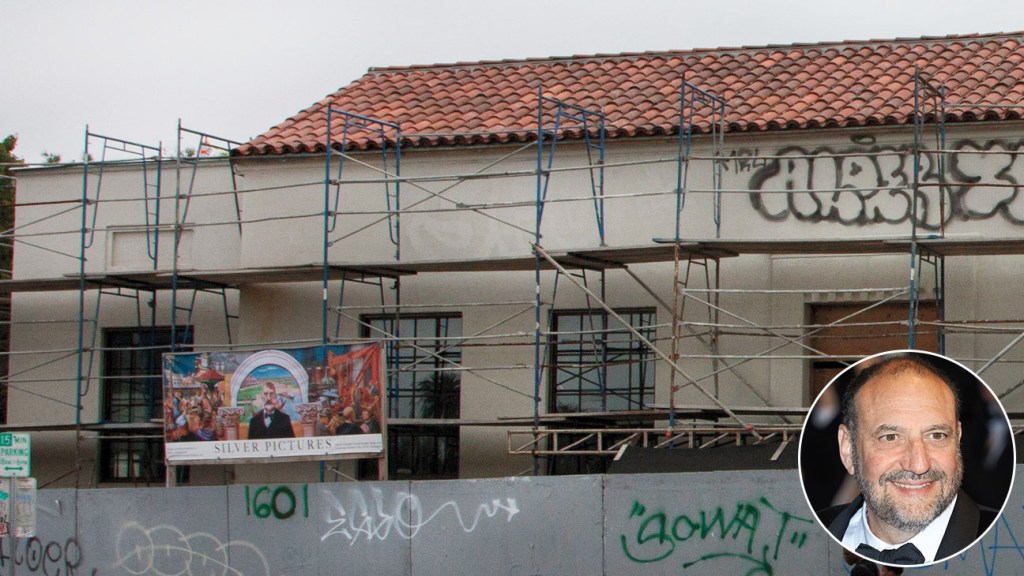 And while Venice Beach may fall within Lieu’s 33rd Congressional district, it is unclear what leverage his office can exert over the mural. Technically, the USPS still owns the 6-by-16-feet mural, and its fate, at least for the time being, is dictated by the loan agreement the government agency entered into with Silver back in 2012. Janet Turner, a district office caseworker for Lieu’s office, tells The Hollywood Reporter that she is waiting to hear back from the USPS on whether the loan agreement is in danger of being breached.

In a response letter to Lieu’s office — a copy of which was obtained by THR— Silver Pictures’ senior vp business and legal affairs Douglas McClure wrote that the loan agreement only requires the company to display the mural for six days per year. The letter goes on to state that when the mural was put on display at LACMA in 2014, the exhibition was “not well attended.” According to LACMA, almost 51,000 people viewed the mural during its seven-month exhibition.

Silver, 65, is known as the hard-charging and big-spending producer of the Lethal Weapon and Sherlock Holmes franchises. He was based at Warner Bros. during the 1980s and ‘90s heyday of movie producers but has been forced to curtail his spending after he was ejected from the Warner Bros. lot in 2012. He is currently footing the bill for the storage fees at the Compton facilities and in 2012 paid about $150,000 to have the mural restored.

“We have gone to considerable expense to restore the mural,” wrote McClure in his letter. “As such, we believe that keeping the mural where it currently resides is what is in the best interest of the security and safety of the mural at this time and not at another location.”