The time-traveling DeLorean is speeding toward 1950, and when it hits 88 mph, it’s going to suck the whole country back with it. Back to a time when pretty much everyone who wasn’t a straight, white Christian male was considered a second-class citizen whose rights and future depended on the patriarchs’ whims and largesse.

It’s hardly surprising that this entitled group would like to return to their rapidly eroding privileged status, which they hope to accomplish through sustained attacks on women, people of color, immigrants, Muslims and the LBGTQ community. By emboldening the right wing through vitriolic rhetoric, the Donald Trump administration has become the UV light in sleazy motel rooms that illuminates these hidden stains on our democracy. Right now the stains include Georgia, Alabama, Missouri and other states passing restrictive abortion legislation that reduces women to baby incubators.

The time has come for Americans to defend the principles of the Constitution by stomping on the brakes of that DeLorean. For now, one of the best ways to do that is through boycotting the offending states.

Boycotts cause hardships to the innocent as well as the guilty. That’s the whole point. Hardships motivate the self-righteous leaders to face the consequences of their political greed. A boycott’s success depends on the commitment of those seeking change to endure suffering. Rosa Parks’ arrest in 1955 kicked off the Montgomery Bus Boycott in Alabama that lasted a year and led to great hardships for whites and blacks. One of the boycott’s leaders, 26-year-old Rev. Martin Luther King Jr., had his home firebombed. The bus company suffered financial setbacks that affected its employees and other businesses. The black boycotters, who were 70 percent of the buses’ ridership, also suffered. For a year, they walked or carpooled until they were triumphant.

Some filmmakers who have chosen to continue to do business in Georgia are donating money to the ACLU to fight the legislation. While that’s a generous sentiment, it isn’t nearly enough. Here’s why: Unless a powerful message goes out right now, more states will pass these restrictive laws, as we have seen happen already. With women’s rights removed amid little meaningful opposition, LGBTQ rights will follow (as they already have in some states), and so on through every marginalized group. “Build the wall!” isn’t just about the physical wall, it’s about the legislative walls to separate undesirable groups from their constitutional rights. We’ve already seen increased efforts to nullify non-Republican voters through gerrymandering, impossibly strict voter registration rules and reducing polling locations in poor and minority areas. 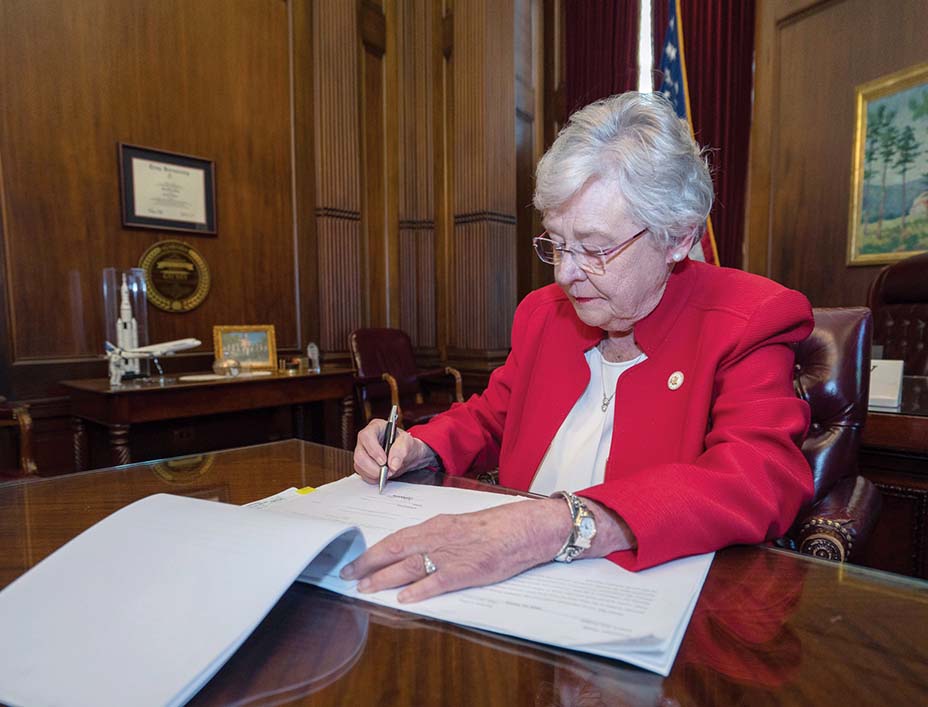 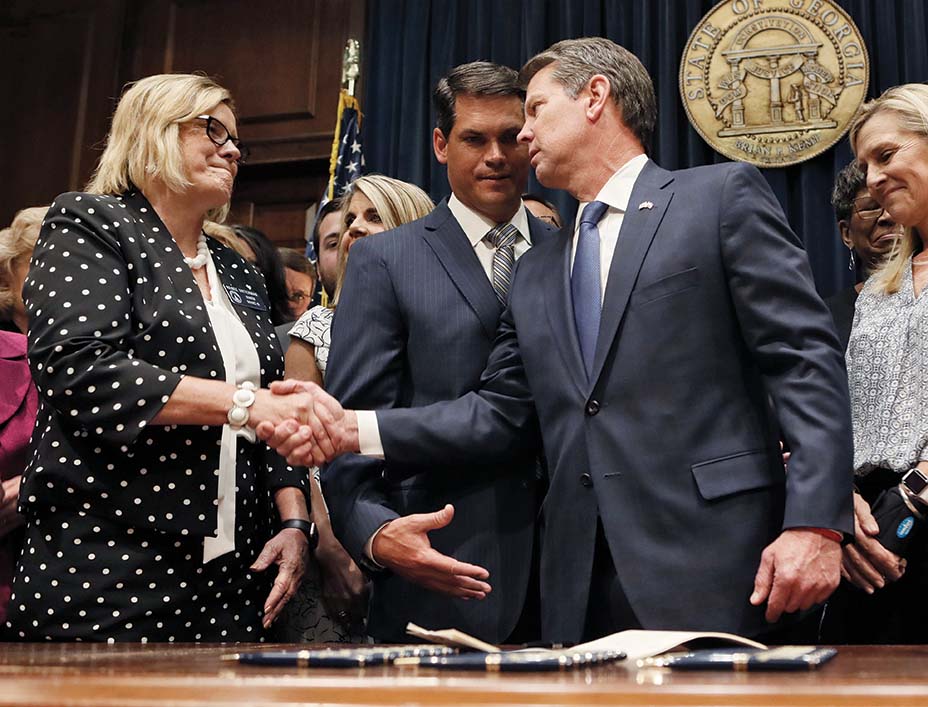 A boycott is a clear statement that we value conscience over commerce. It means stop doing business with or in these states. For Hollywood, stop making films there. For businesses, stop buying their products or holding conventions or building there. For the average person, don’t visit. No tourism dollars. And we continue this practice until legislators reverse the policies or are removed from office. When the Writers Guild of America, of which I am a member, is willing to boycott talent agencies over packaging practices, certainly they would endorse boycotting states that demean many of their members.

Some prefer to wait and see what happens during the legal challenges as Georgia’s bill heads to the U.S. Supreme Court’s conservative majority. “Wait and see” has always been the default response when people are called upon to do the right thing. King addressed this in his 1963 “Letter From Birmingham Jail”: “For years now I have heard the word ‘Wait!’ It rings in the ear of every Negro with piercing familiarity. This ‘Wait’ has almost always meant ‘Never.’ We must come to see, with one of our distinguished jurists, that ‘justice too long delayed is justice denied.'” If not now, when?

No one wants a boycott. So, to be fair to both sides, before implementing one, states can be given a reasonable deadline to repeal these unjust laws. Failure to do so should launch a coordinated boycott involving all organizations representing the many marginalized groups under attack. Success for all depends on working as one. Together these groups form a majority of the population and have the power to change things. The will of the majority was thwarted in the 2016 election, and we can’t let it happen again. 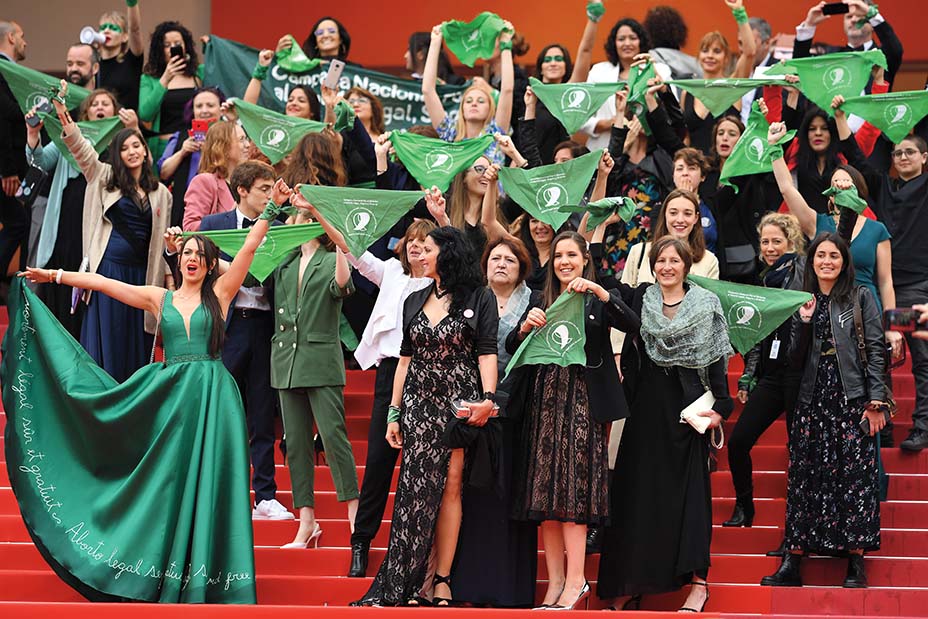 Since logical discourse about science, the separation of church and state and the constitutional rights of women has not been persuasive, the focus can’t be on changing these legislators’ minds, but rather changing their sense of entitlement. That their moral code is the only one. And this can only be accomplished through sustained pressure. It is not without some irony that Georgia and Alabama, which once used biblical quotes to justify slavery, lead the way in enslaving women by denying them autonomy over their bodies. Stopping them is especially crucial in the face of rising maternal mortality rates in the U.S. More than 700 women die annually due to childbirth, with black women dying at a rate three times greater than that of white women. Forcing a woman to give birth could be a death sentence. Who should make that decision, the government or the woman who faces death? 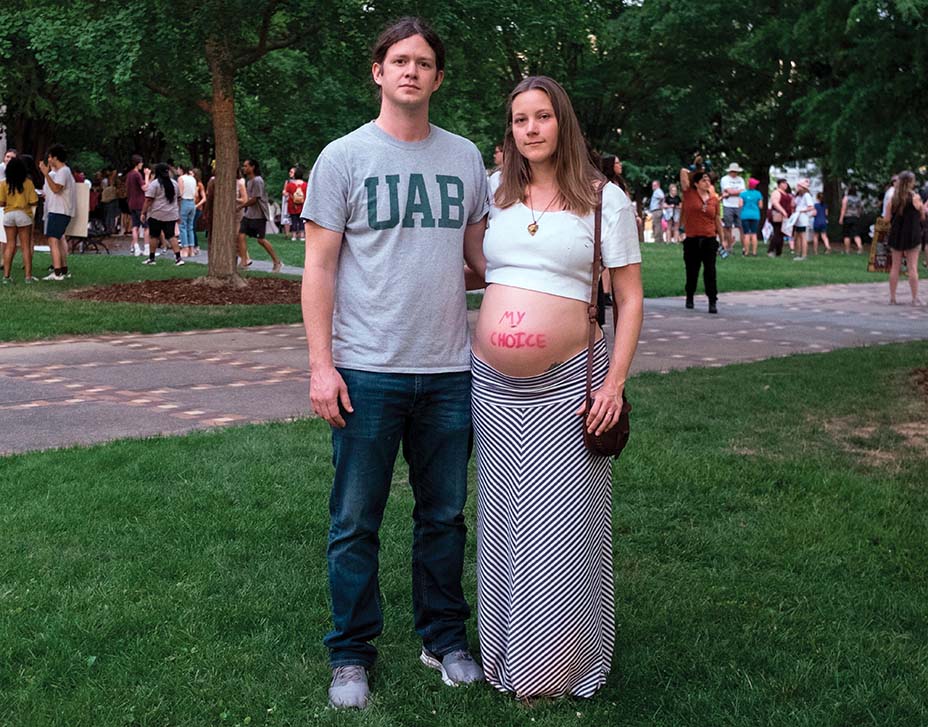 In April, a wet Connecticut high school baseball field meant the game would have to be canceled. Players and parents who wanted the game to go on decided to soak the grass with 25 gallons of gasoline and set the field on fire to dry it. Apparently, none had ever taken a science class. Instead of drying the field, they created an environmental hazard that required six to eight inches of gas-soaked soil to be excavated at a cost of at least $50,000. That’s the approach of these irrational, ill-informed and infantile legislators. If they can’t get what they want through the merits of their arguments, they will burn down the field so no one can play.