Comedian Larry Miller once said, “If women knew what men were really thinking, they’d never stop slapping us.” The news has been filled with enough examples of this to fill the next three seasons of Law & Order: SVU. Those institutions that most influence our kids — particularly Hollywood and sports — have perpetuated a childlike image of women as physically and emotionally weak and therefore in need of protection from men. So, while the guys who are guilty of assaulting women with their words and actions are responsible for their deeds, if we want to stop this kind of behavior, we have to hold accountable those who create the social environment that allows harassment to flourish.

When I was a kid, I didn’t realize that one of my favorite Westerns, McLintock! (1963), was a training film for sexual harassment and spousal abuse. I did know that John Wayne was the two-fisted, six-shooter epitome of manliness who was estranged from his tough-talking, tough-acting wife (Maureen O’Hara). I remember admiring how she took no guff from anyone. But then came the ending: Wayne, fed up with her mouthy independence, drags her through the town, while she’s in her underwear, and spanks her over his knee while the entire town cheers. Of course, the couple reconcile, emphasizing the message that true love may be expressed through physical violence. This spanking scene is even featured on the film’s poster. 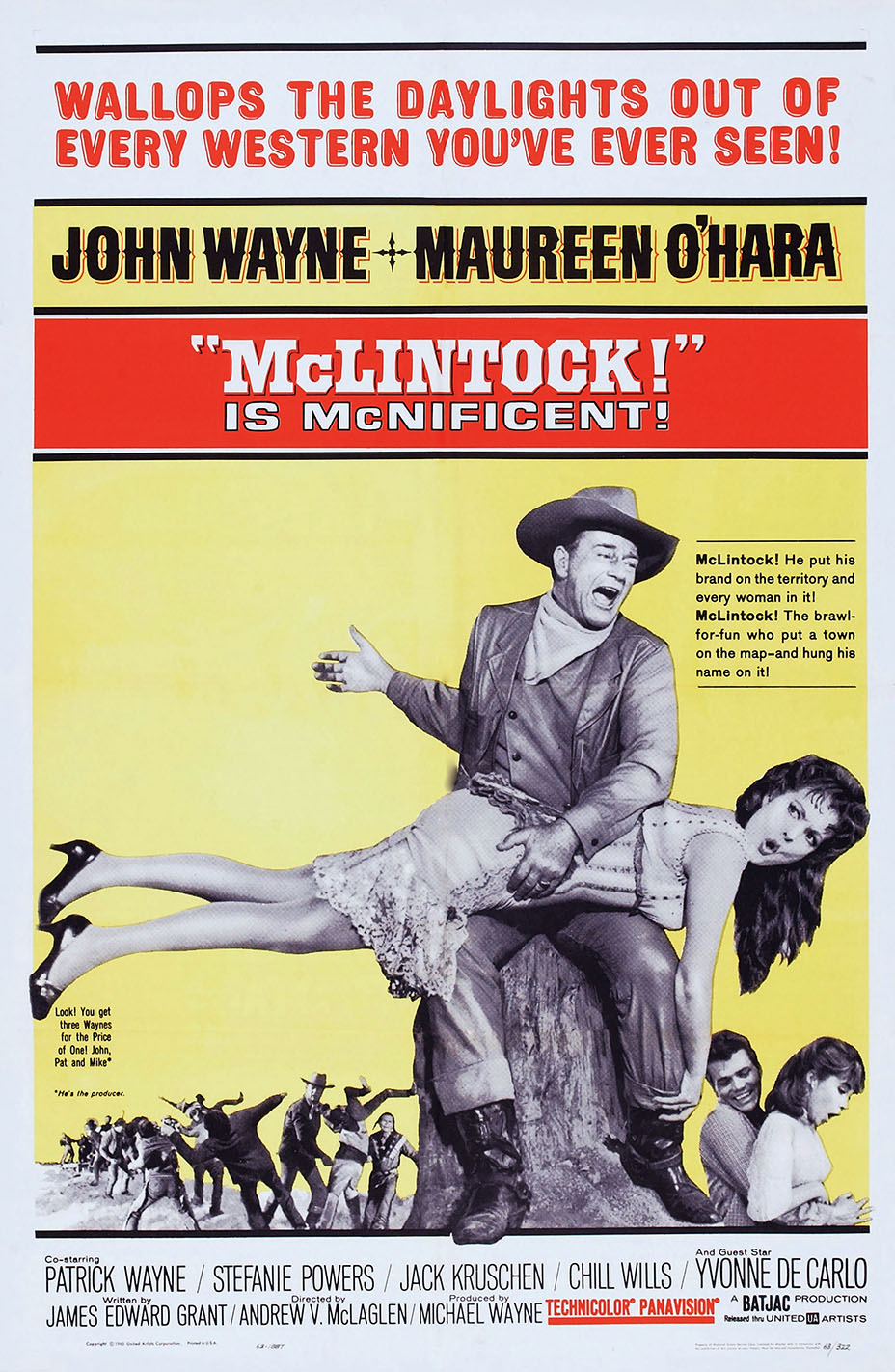 In Donovan’s Reef, Wayne spanks Elizabeth Allen in the town square, proclaiming, “From now on, I wear the pants.” She struggles, then he kisses her and she melts. I don’t know how many films from my era portrayed women saying no, only to have the man force a kiss and the woman relent — but there were plenty. The not-so-subliminal message: Men weren’t just encouraged to control women’s bodies, but we were obligated to because women don’t know their own minds.

A sad remnant of bygone eras? On the Nov. 8 episode of NBC’s Blacklist, a highly entertaining series that I thoroughly enjoy, the opening scene shows a family frolicking on the beach when the young daughter sees bodies in the surf, some dead, some struggling to shore. The dad tells his wife to take the kids away while he helps the people. I couldn’t help but wonder why she wasn’t helping save lives instead of turning her back like the children. Then I realized that the premise of the series itself has two men (father and husband) killing and maiming across the world in order to protect a woman to whom they continually lie in the name of protecting her, even though she is a highly capable and intelligent FBI agent. Hmmm …

Kareem Abdul-Jabbar on NFL Protests: Athletes and Entertainers "May Be Our Best Hope"

I grew up with coaches and athletes whose idea of the ultimate insult was to refer to you as female. “All right, ladies,” they would say. Or, “Did you trip on your skirt?” Or even cruder references. Anyone who plays sports knows that these insults still occur as a means to motivate male athletes. But the cumulative effect on our boys — and girls — is that someone in authority views women as weak, therefore there must be something to that. That’s why it was significant when, on Oct. 4, Carolina Panthers quarterback Cam Newton smugly dismissed a female reporter’s technical question about football with, “It’s funny to hear a female talk about routes.” Not a reporter but a “female,” as if her profession were an adorable accessory. He wasn’t consciously being sexist, but the fact that he felt entitled enough to say what he did, aloud and in front of cameras, gives a glimpse into the culture that enables the prevalence of sexual harassment throughout our society. 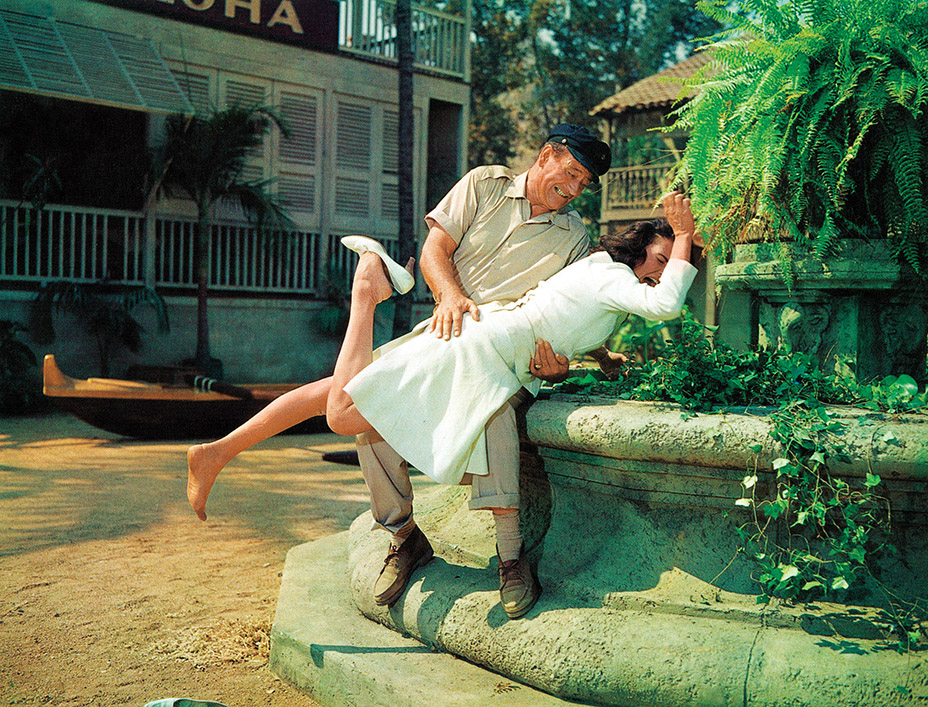 Hollywood and sports do a lot of things right. They have been slowly increasing the pay and opportunities for women and raising their profiles on the screen and playing fields. But America still has a long way to go. We still would rather elect a crotch-grabbing white male accused of deliberately walking in on girls dressing for Miss Teen USA than a self-made woman with an admirable record of achievement. This sends a clear message to our boys and girls that sexual harassment isn’t that serious because females aren’t as valuable as the predatory males.

HBO’s True Detective got to the heart of the problem when Ani Bezzerides (Rachel McAdams) is asked why she carries so many knives and she explains, “Could you do this job if everyone you encounter could physically overpower you? … The fundamental difference between the sexes is that one of them can kill the other with their bare hands.” Nature may have created a physical imbalance, but society’s job is to not allow those with advantages — physical, financial or political — to exploit others.