Art has a special place among people who have historically been silenced and their culture marginalized. Such sustained suppression stifles not just the outspoken voice, but can cause the oppressed to doubt they actually have anything worthwhile to say. When I was a high school student in the mid-1960s, my outrage at social injustice was articulated by activists Dr. Martin Luther King Jr., Malcolm X and Stokely Carmichael. But my pride in my African American culture and heritage was expressed by musical artists like Miles Davis and Thelonious Monk. As for the visual arts, I spent a lot of time at the Schomburg Center Library in Harlem which had a colorful mural called Aspects of Negro Life: From Slavery to Reconstruction (1934) by Aaron Douglas. It was vibrant and celebratory, and whenever I saw it I felt a surge of cultural pride. I feel that same surge of joy and communal dignity when I look upon the magnificent and masterful works in the current exhibition “Ernie Barnes: A Retrospective” at the California African American Museum (through Sept. 8).

I have a special fondness for professional athletes who, after excelling at sports, go on to be successful in the arts. It’s a swipe left on the stereotype of the cartoonish monosyllabic, monotoned, mono-talented athlete usually named Moose or Tank. But Barnes’ journey as an athlete seemed more accidental, while his journey as an artist was fervently deliberate. He began sketching as a young child in North Carolina after being exposed to the many art books at the home of the lawyer whose household staff his mother oversaw. Chubby and unathletic, Barnes was subjected to relentless bullying by classmates. Finally, a teacher saw his sketchbooks and took an interest in him — starting Ernie on a weightlifting program that by senior year turned him into the captain of the football team and state champion in the shot put. His athleticism earned him a full scholarship at the historically black North Carolina College at Durham, where he majored in art. In 1956, the 18-year-old college freshman went on a field trip to the recently desegregated North Carolina Museum of Art in Raleigh. When he asked the white guide where the paintings by Negroes were, he was told, “Your people don’t express themselves that way.” 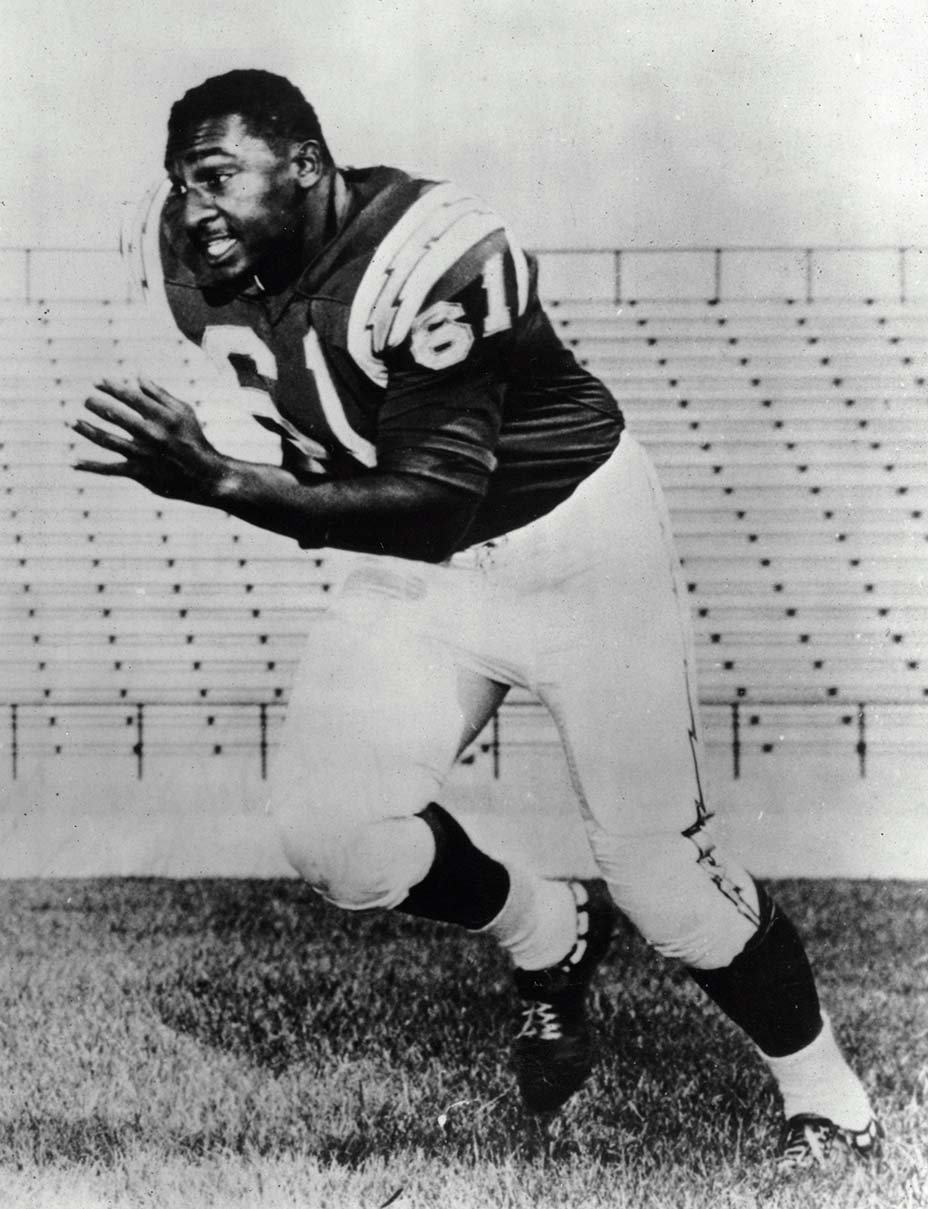 Barnes spent the rest of his life proving that guide wrong. So much so that 23 years later, that same museum held a solo exhibit of Barnes’ work that was attended by North Carolina’s governor. That upstart young artist went on to play football in the NFL, become a celebrated painter, create works commissioned by various sports teams, be named “Sports Artist of the 1984 Olympics” and, through his unique style, promote black culture and community as lively, joyous and humble. 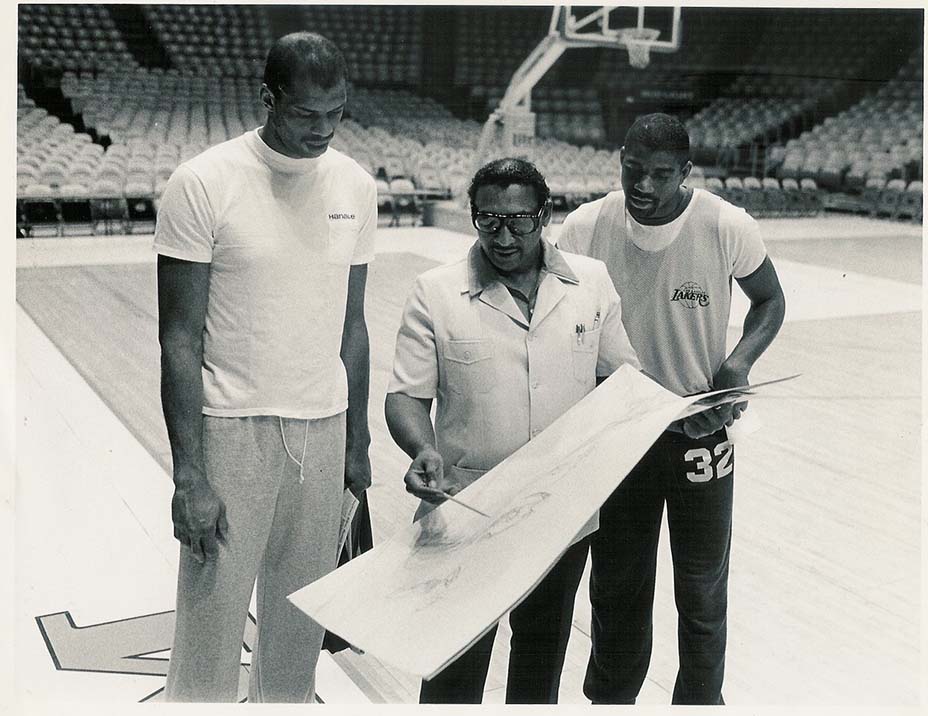 I’m familiar with Ernie Barnes’ work both as a fan and as a subject. Fandom started with his famous painting The Sugar Shack, which was featured on one of my favorite television shows, Good Times (1974-79), and on the 1976 cover of the I Want You album by one of my favorite singers, Marvin Gaye. Every time the theme song for Good Times blasted from my TV, The Sugar Shack would appear — serving as a symbol of what the show itself stood for: average black people celebrating the sensual pleasures of music and dance and one another’s company. Barnes’ style, which carries through many of his other works, is on display here: Men are mostly skinny, bald and boneless, seeming to flap like those balloon stick figures waving in the wind at car dealerships. Women are wide-hipped with muscled legs planted to the ground like trees. 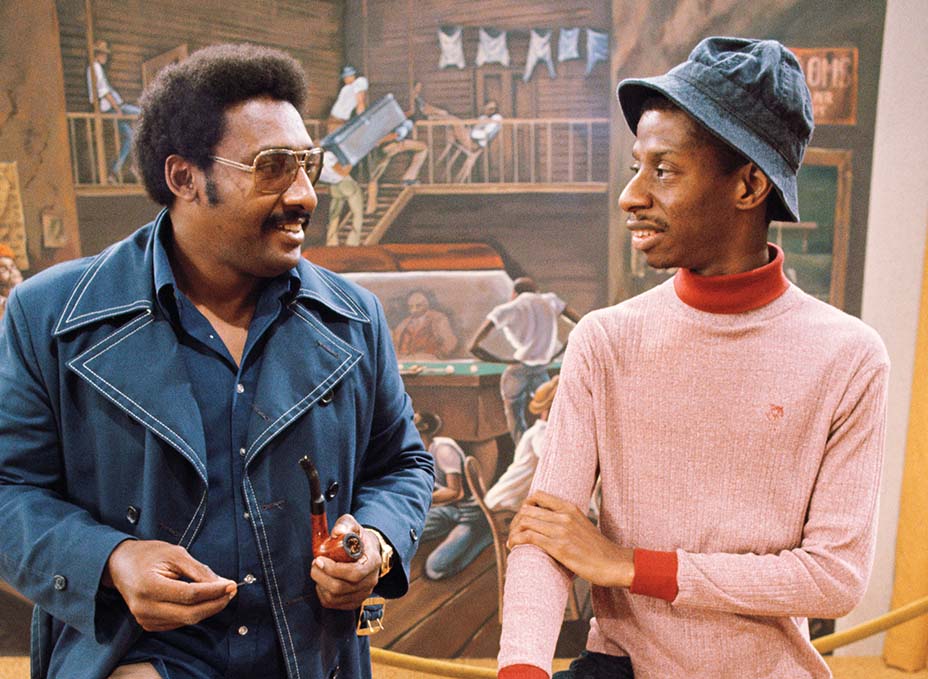 I was one of the subjects in his 1987 painting Fastbreak (featured in the CAAM exhibit, as is The Sugar Shack), which was commissioned by the Los Angeles Lakers. It shows Magic Johnson, James Worthy, Michael Cooper, Kurt Rambis and me running down the court, the ball midair with no one controlling it. Our feet seem to be floating above the floor and our legs are positioned as if we are dancing to some music that only we can hear. The four of us who are black and in the foreground seem to be communicating telepathically, as if we understood what this game — what all games — meant to us individually and to other African Americans. That we were playing for all of us. This same sense of individual elation at pushing the limits of the body, while at the same time pushing how the world sees what we are capable of, is a hallmark of most of his sports paintings, many of which are in this exhibit. 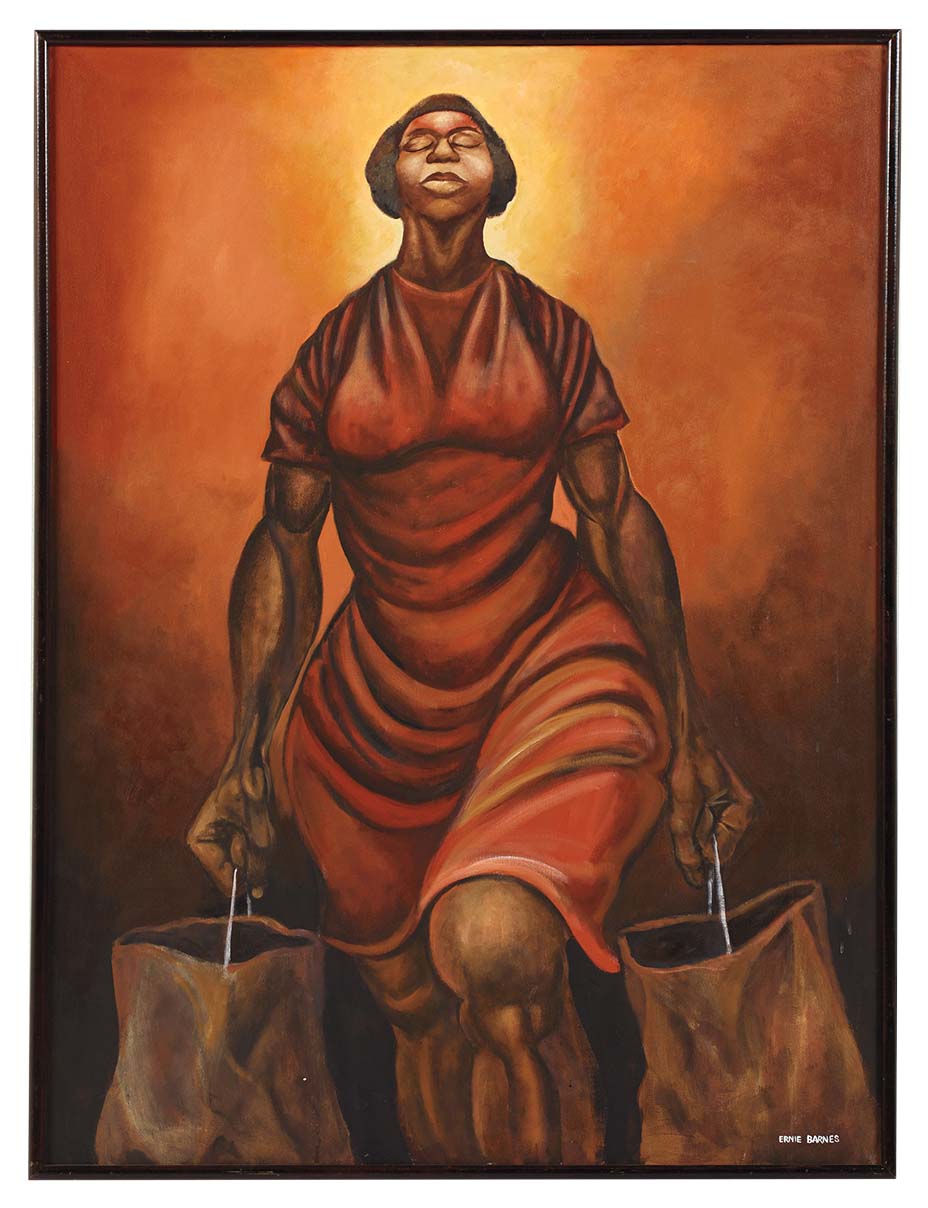 One of my favorite paintings is My Miss America, an ironically titled portrait of a black woman with eyes closed, a Barnes trademark that he described as a representation of “how blind we are to one another’s humanity. … We stop at color quite often. … We look upon each other and decide immediately: This person is Black, so he must be … This person lives in poverty, so he must be …” But the eyes closed for this woman seems to be less about her than a mirror reflection of the audience’s biases. In this case, Barnes interprets the frivolity of a beauty pageant with a powerfully built woman, head held high with confidence and purpose, carrying two grocery bags. She is not woman as adorning accessory to a man, she is a formidable provider and nurturer. The draping of her simple dress even hints at the outline of a swimsuit, further mocking the shallow ideal of Miss America.

This extensive collection is a revelation and inspiration — a testament to an artist who gave voice to his people and oh, what a mighty voice it is.

Kareem Abdul-Jabbar is a Hollywood Reporter contributor and NBA Hall of Famer.

A version of this story appears in the May 13 issue of The Hollywood Reporter magazine. To receive the magazine, click here to subscribe.