Katie Couric’s coverage of the devastating 2010 earthquake in Haiti as a CBS Evening News anchor prompted her involvement with Worldwide Orphans, which honored her at its 14th annual gala Monday in New York City.

Couric was particularly inspired to help a 13-year-old boy named Pierre Larousse after she sat with him as his broken leg was reset without a cast or anesthesia. He had lost both of his parents and Couric’s interaction with him — which eventually aired on CBS — stayed with her after she returned to the U.S.

“I asked Worldwide Orphans to intervene because I wasn’t in Haiti, and I couldn’t check on him personally,” Couric told The Hollywood Reporter, adding that she personally spoke with the organization’s founder and CEO, Dr. Jane Aronson.

“I said, ‘I’m really worried about this young man. Is there anything you can do?’ knowing that she had a team on the ground after the earthquake that stayed in Haiti, so she switched into high gear and really changed this young man’s life,” Couric said.

With WWO’s help, Larousse quickly became “happy and healthy,” returned to school and even began to work for the organization.

Though Couric previously returned to Haiti to see Larousse, the two reunited for the first time in a while at the WWO gala. He gave a heartfelt speech thanking Couric, pushing many in the audience to tears.

Aronson herself was also recognized for her work at WWO since Anderson Cooper nominated her to be a 2018 Champion for Change. 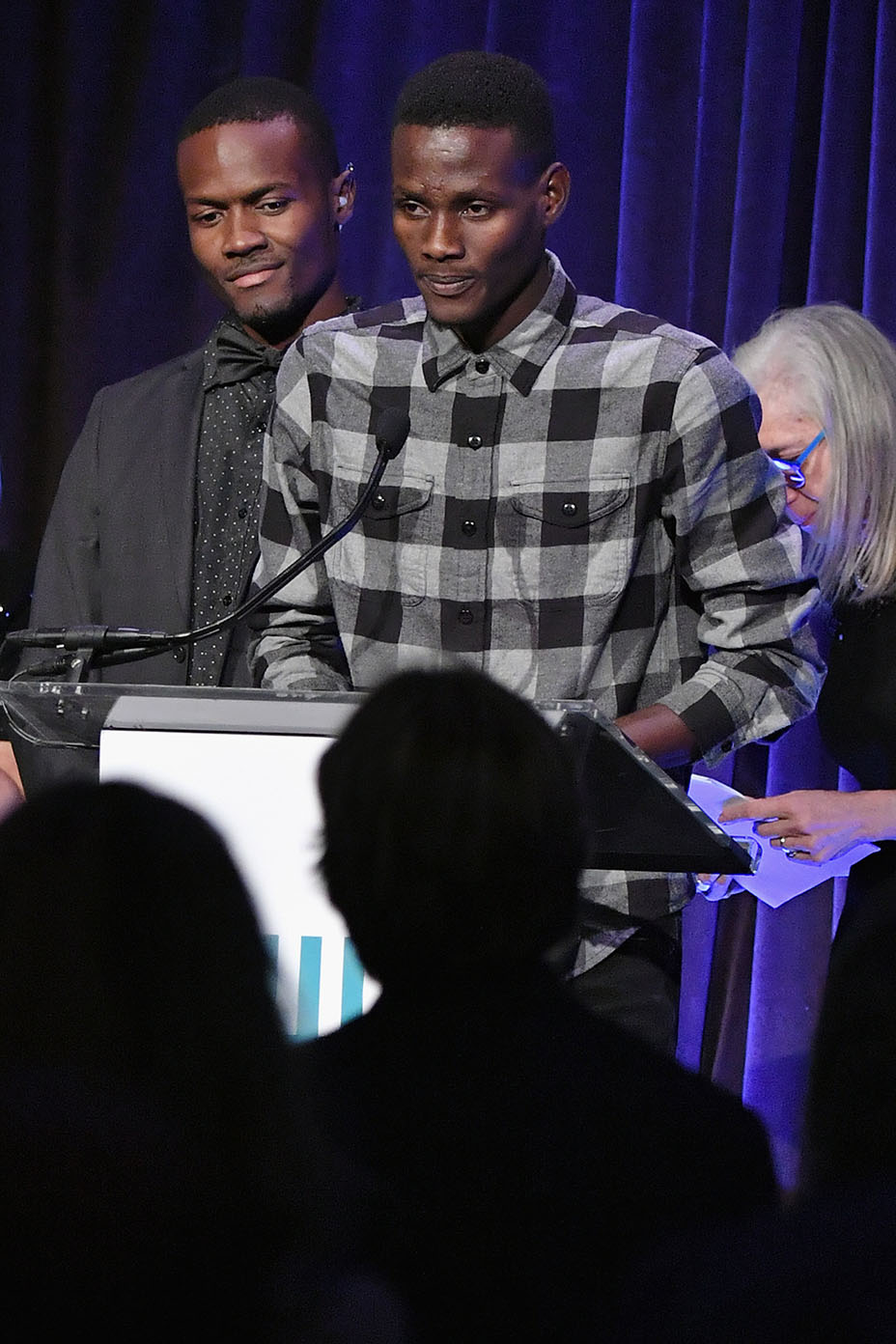