Transparent Arts, Gold House, Amazon Music, Pacific Bridge Arts Foundation and XRM Media are presenting the event, timed to honor Asian American and Pacific Islander Heritage Month. It will stream on Amazon Music’s Twitch channel on May 30 beginning at 2 p.m. PT for eight hours as part of an effort to help “unite Asian artists and leaders from around the world for the fight against COVID-19 and the xenophobia affecting Asian communities,” per Monday’s announcement. Funds raised will benefit the United Way Worldwide and its COVID-19 relief efforts.

“It’s been inspiring to witness the strength of the human spirit through these tough times. Project Blue Marble is the result of our community’s togetherness, our passion to help and our need to be heard,” said Kev Nish, one of the event’s organizers who serves as co-CEO of Transparent Arts and is a member of Far East Movement and a co-founder of Gold House.

More information can be found here. 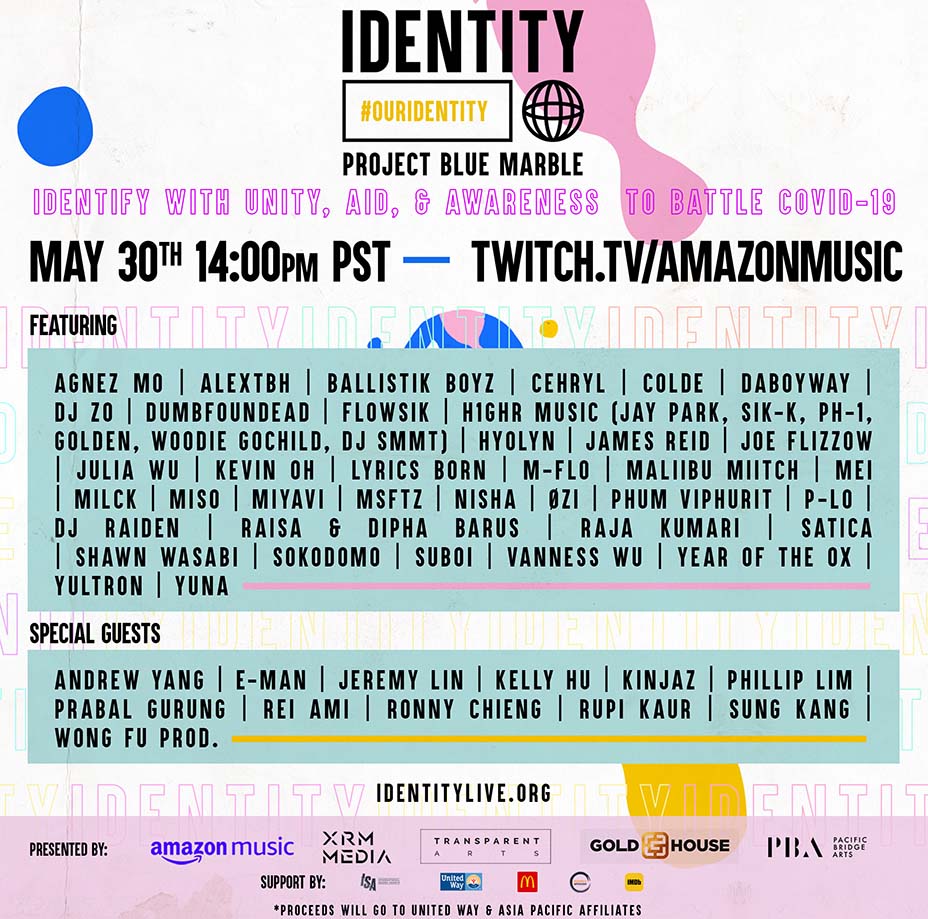