When Kevin Spacey walked into a Nantucket courtroom on Jan. 7 for his arraignment on one count of indecent assault and battery, noticeably absent was his near-constant companion of the past three years.

Spacey’s manager, Evan Lowenstein, a 44-year-old former boy-bander, was nowhere to be seen inside or outside the packed courthouse as TV trucks jostled for space on the cobblestone street and a drone and helicopter hovered overhead. But behind the scenes, sources say Lowenstein is calling the shots and even is said to have spearheaded Spacey’s bizarre Christmas Eve video in which the fallen actor broke his silence of more than a year.

Now, as the 59-year-old former House of Cards star appears headed to trial in what promises to be the most high-profile criminal case to date for a Hollywood figure brought down in the post-#MeToo era, mystery surrounds the man who is guiding Spacey’s career and will likely be a key witness in the Nantucket trial given that he was there at the Club Car restaurant on July 7, 2016, when the alleged assault took place.

Ever since Lowenstein took the reins of Spacey’s career in early 2016, when the two-time Oscar winner abruptly ousted his manager of 28 years, Joanne Horowitz, things have taken an unconventional turn. In short order, the 12-time Emmy nominee agreed to take on the chairman post at troubled Relativity Media in January 2016, only to pull out two months later. Sources say Lowenstein then methodically removed all of Spacey’s team, with the exception of his agents at CAA (the agency cut ties with the star 18 months later when actor Anthony Rapp accused Spacey of making a sexual advance on him when Rapp was 14 years old).

Shortly after the Relativity debacle, Spacey began partying with Lowenstein, who had previously been an Orthodox Jew living in Florida with a wife and at least three children. The two hit such events together as the Emmys in September 2016 and a Novak Djokovic match at the U.S. Open that same month. And perhaps most relevant now, Lowenstein accompanied Spacey to the Club Car in Nantucket on the night that an off-duty busboy, then 18 years old, claims that Spacey stuck his hands down his pants. 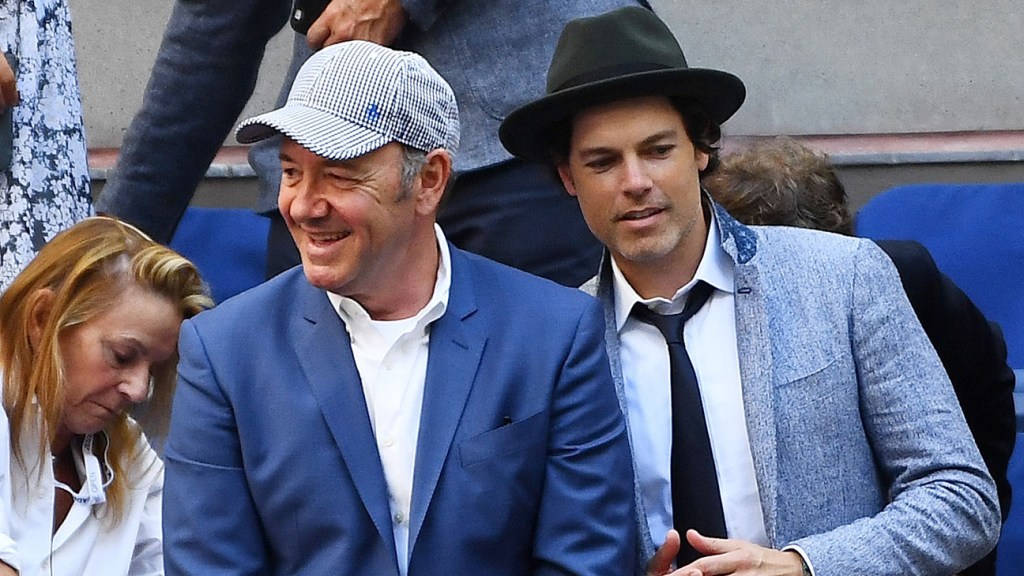 But how did a so-called talent manager with no other clients, best known as one-half of twin-brother music duo Evan and Jaron, who scored their biggest hit was 2000’s “Crazy for This Girl,” infiltrate the inner circle of one of Hollywood’s most renowned actors? Simple, says a former associate of Lowenstein: “He’s good looking and charismatic.”

Although it has been widely reported that Lowenstein owns the $6 million Baltimore condo that he and Spacey have been holed up in and where they shot the viral “Let Me Be Frank” video, a knowledgeable source says Spacey owns it (according to public records, top Hollywood business manager David Bolno signed the deed). Neither Bolno nor Lowenstein responded to THR’s request for comment.

As Lowenstein steers Spacey’s career into missteps like the video (in which Spacey insinuates that he will soon be vindicated but begins his speech with the line, “I know what you want” — a troubling assertion for anyone facing a felony sex crime charge), he may be undermining what could be a winnable case. Spacey’s attorneys Alan Jackson and Juliane Balliro’s strategy will look to frame the encounter as “two people engaged in mutual and consensual flirting,” according to court filings (L.A.-based Jackson didn’t respond to a request for comment). 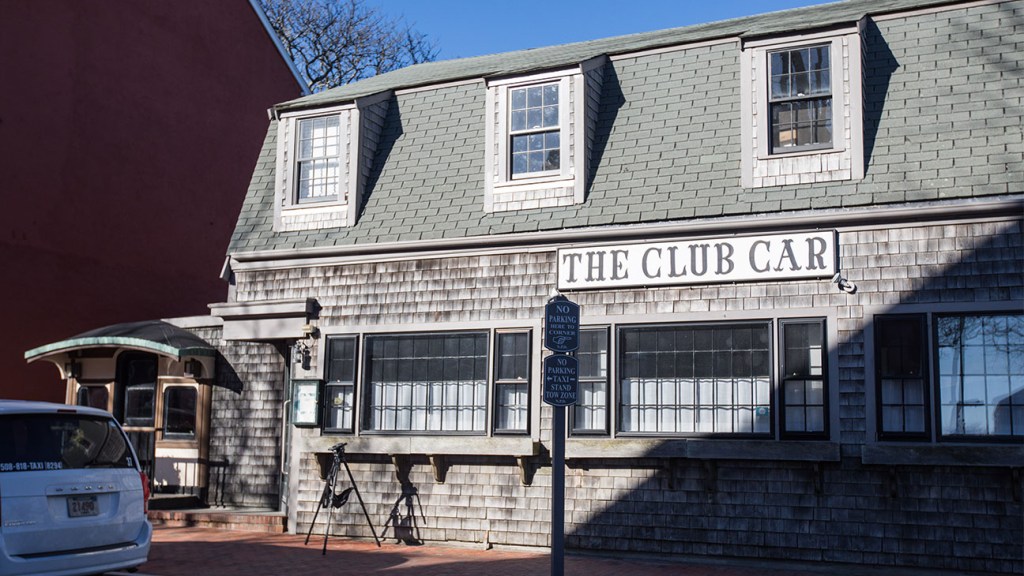 That may play well with a potential jury, which will be made up of year-round Nantucket residents. THR talked to nearly a dozen Nantucket natives after the hearing, gathered outside the courthouse and at a cafe across the street, all of whom said they have been closely following the case. Of those residents who were open to being quoted, several expressed skepticism about the accuser’s story. (Unlike the resort island’s uber-rich summer denizens, locals tend to work in blue-collar industries like fishing and construction. The accuser is not a year-round resident.)

“If someone is touching you or doing something inappropriate, why wouldn’t you take a swing at him, and even if you end up in handcuffs, you can explain to the cops what happened and would be set free,” said Shane Hanlon, 23. “And the idea of waiting a year to come forward. It just feels like extortion.” Added Asha Jelleme, 23: “I think this is all a little unnecessary. Meaning that it is taking away from people who are truly in horrible situations. This feels like overkill.”

A middle-aged woman who only wanted to be identified as Lynn waited to catch a glimpse of Spacey leaving the courthouse, where he jumped into a silver SUV without comment and was taken to his waiting private jet at Nantucket’s airport.

“I’m a fan,” she said. “I just feel sorry for the guy. Supposedly, he was fondling this guy for three minutes, but he had a chance to walk away. In the middle of a restaurant. I feel like they’re out for money.”

Even a courtroom police officer admitted that he was impressed with Spacey’s acting. “I’ve only seen him in one movie. Pay It Forward. He was pretty good,” he said.

Meanwhile, Jackson scored one victory during the arraignment after raising concerns that digital messages sent between the accuser and his girlfriend — which he dubbed “likely exculpatory” for his client and “relevant to the issue of consent and/or whether lack of consent was fairly communicated” — could be destroyed or manipulated. Nantucket District Court Judge Thomas Barrett granted a motion to preserve all texts and data from July 2016 to the present. 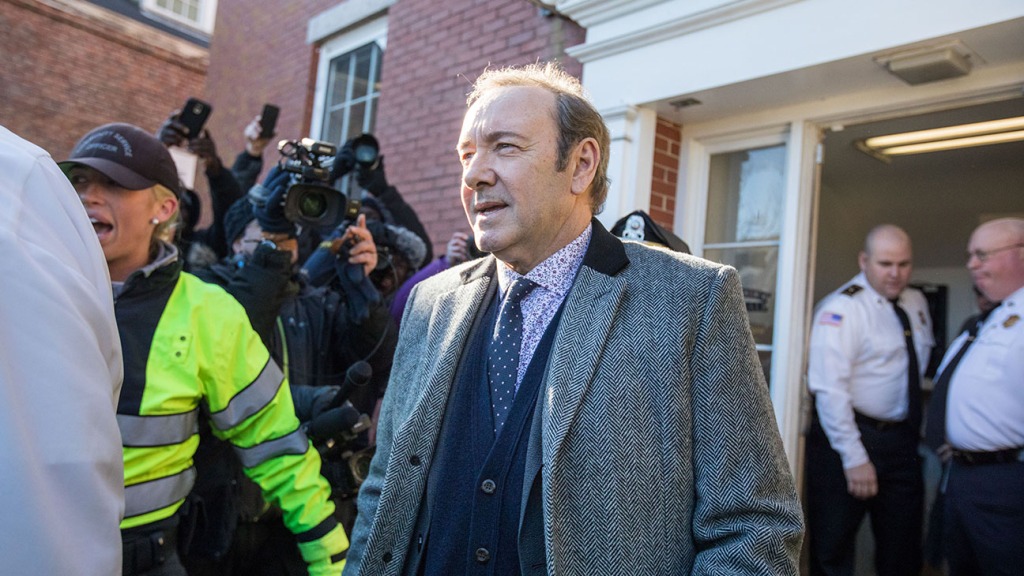 A version of this story appears in the Jan. 9 issue of The Hollywood Reporter magazine. To receive the magazine, click here to subscribe.