Sharp suits and smooth moves are on display in the key Broadway art for Ain’t Too Proud — The Life and Times of The Temptations, featuring portraits shot by celebrity photographer Warwick Saint of the five actors playing the legendary Motown group. See below for The Hollywood Reporter‘s exclusive first look at the poster.

Pope will step directly into the production after making his Broadway debut in Choir Boy, a play with music set in a prestigious African-American prep school, written by Tarell Alvin McCraney, who won a screenwriting Oscar for Moonlight. Choir Boy will play a limited engagement on Broadway, beginning performances Dec. 12 and running through Feb. 17.

'Ain't Too Proud — The Life and Times of The Temptations': Theater Review

Directed by Des McAnuff and choreographed by Sergio Trujillo, the show begins previews Feb. 28 at the Imperial Theatre, ahead of a March 21 official opening. It comes to Broadway following smash tryout engagements at Berkeley Repertory Theatre, the Kennedy Center in Washington, D.C., Los Angeles’ Ahmanson Theatre and the Princess of Wales Theatre in Toronto, where it closes Nov. 17.

Detroit-born playwright Dominique Morisseau wrote the book for the musical, which features many of The Temps’ enduring chart hits, including “My Girl,” “Get Ready,” “Just My Imagination (Running Away With Me),” “Ball of Confusion” and “Papa Was a Rolling Stone,” along with the title track, “Ain’t Too Proud to Beg.”

The show covers The Temptations’ rise from the streets of Detroit to the Rock and Roll Hall of Fame in a story of brotherhood and betrayal, family and loyalty; it chronicles the personal and political conflicts that threatened to break the group apart in the 1960s and ’70s, echoing the civil unrest that was gripping the nation. 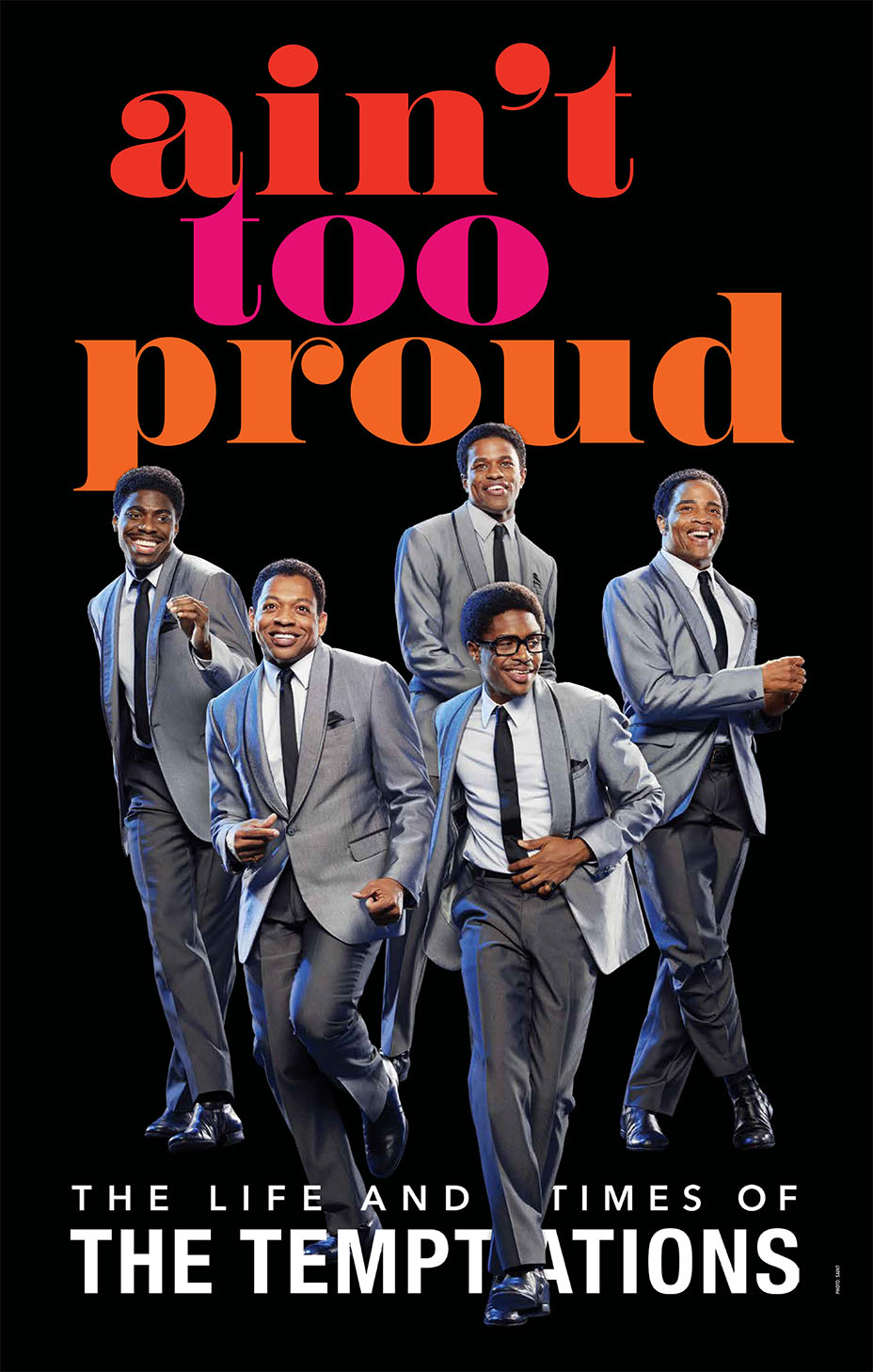