Amid the last gasps and bellows of the Trump presidency, it seems no place is immune to recent spikes in outgoing MAGA madness — not even deeply blue Los Angeles County. Over the past few weeks, numerous sites across the city have been converted into ideological battlegrounds pitting maskless, Trump-supporting agitators against, well, everyone else, even as more than 7,000 people are hospitalized for COVID-19 around the L.A. area and ambulances are being told not to bring in patients unlikely to survive.

The most publicized of these were the Christmas caroling events organized by actor Kirk Cameron, where attendees flouted mask-wearing and social distancing guidelines. On Dec. 30, evangelical Christian singer Sean Feucht staged one of his largely maskless concerts near DTLA’s Skid Row that was met with protesters chanting, “No mask, go home.” Three days before, Ty Stiklorius, founder of management and social impact company Friends at Work (clients include John Legend and Charlie Puth) posted a video to Twitter of a woman inside a CVS refusing to wear a mask, who proclaimed, “Asymptomatic spread has been shown to be a myth … Tonight, I reached a breaking point. I’m done.” The video garnered 1.8 million views. Other anti-mask protesters have shown up at Erewhon in Beverly Grove and a Ralphs grocery store.

But the ugliest event has to be the action that occurred at Westfield Century City on Jan. 4. As seen in videos posted to social media, a dozen or so provocateurs converged at the mall for seemingly one purpose: to openly defy and verbally ridicule the mask-wearing mandates that nearly every private business in L.A. has been following for the past several months. Participants — several of whom were wearing MAGA paraphernalia — can be seen browsing the aisles of stores as they shout down anyone who requests that they put on a mask. 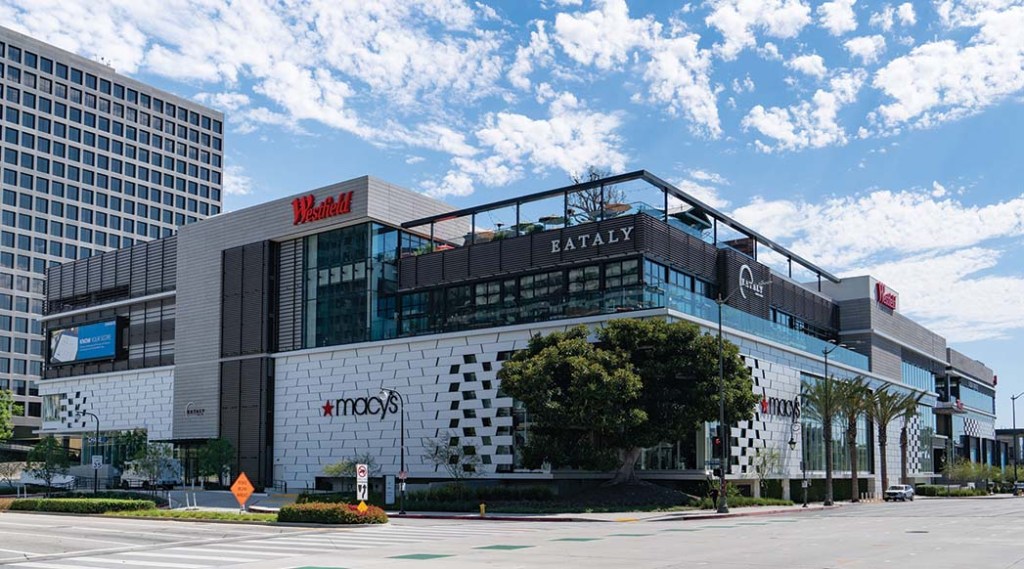 Together, the videos peel back another layer of the id of some of President Trump’s most fanatical supporters. The most benign clip is of protesters line dancing — maskless — to Village People’s “YMCA.” But it gets much darker. There’s a clip of a male protester berating a visibly upset woman, whose father had been infected by COVID-19, telling her that “everyone dies” and that her father “wasn’t special.”

“This thread is so embarrassing to the human race,” Judd Apatow tweeted in reaction to the protest — which, according to Shiva Bagheri, one of its organizers, won’t be the last.

“I don’t tell people where our events are going to be because they might shut them down, but we’ll definitely have other ones, and we’re not going to stop till we get our freedoms back,” says Bagheri, founder of a group called Beverly Hills Freedom Rallies. A Beverly Hills-based fitness instructor and dog walker, Bagheri in a brief interview with THR references several conspiracy theories that center on Bill Gates and Canadian Prime Minister Justin Trudeau, who she claims are heading up a globalist cabal (Islamic fascists are also involved) and intend to create a new world order. “I think the storming of the Capitol was OK because it put our congressmen in check. What’s worse is that our representatives have sold us out to hostile foreign governments,” she says. 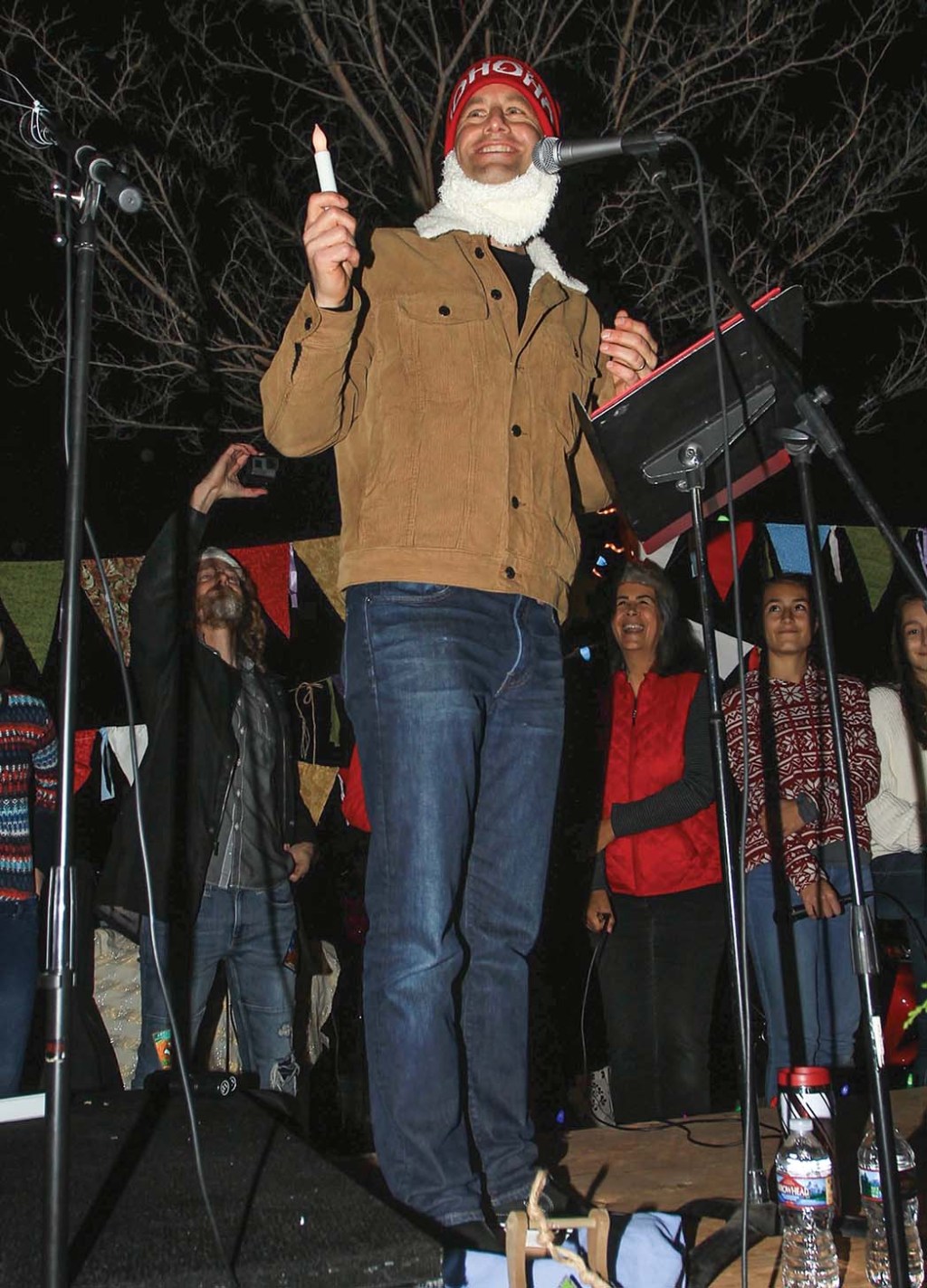 The Trump-inspired mob that violently overtook the Capitol last week, leading to five deaths, has cast an even brighter light on these types of protests and has put business owners, residents and law enforcement on high alert. On Jan. 6, the day that D.C. lawmakers were being whisked to safety amid the riot, satellite protests fanned out in other cities including L.A. On that Wednesday afternoon, at the corner of First and Spring streets, pro-Trump protesters clashed with counterdemonstrators, and surrounded and attacked a 25-year-old Black woman, Berlinda Nibo, as police officers — who deemed it an unlawful assembly — took several protesters into custody before dispersing the crowd.

In the aftermath of the events in Washington, D.C., widespread criticism has been heaped on the Capitol Police for not only failing to adequately secure the Capitol, but also for allowing almost all the rioters who breached the Capitol building to leave without being arrested.

In Los Angeles, there is little that business owners can do other than call the LAPD. A spokesperson for Westfield said it contracts out to a private security firm that’s on site at all times but declined to comment further on last week’s protest.

“I don’t think there’s anything you can do to prevent this. It’s like a flash mob,” says Carlos Antonio, co-owner of Blackwood Coffee shop near West Hollywood, which was the target of a maskless protest in October. When four protesters came in and refused to wear masks and then refused to leave, the staff promptly called the LAPD, who showed up 20 minutes later.

The protesters “were somewhat trained and they vaguely knew what laws apply. What I learned is they’re trying to instigate an altercation for financial gain — you know, to sue us if someone got shoved or pushed,” says Antonio, adding that one of the protesters claimed to have been assaulted, when in fact she was just lightly grazed. He suspects his cafe was targeted because of a sign in a window that says everyone is welcome regardless of race, color, gender or disability.