Restoring Villa Carlotta in Franklin Village — a site wrapped in one of Hollywood’s most tantalizing scandals — was going to take more than a coat of paint. So after acquiring the 50-unit building for $12.25 million in 2014, CGI Strategies set out a meticulous $5.5 million plan to breathe new life into the historic structure considered by many to be L.A.’s version of New York’s Chelsea Hotel. (CGI’s original plans to convert the landmark into a boutique hotel were scrapped in 2015 amid fierce local opposition.)

“I think everyone thought it would be torn down and brought up to modern standards, but nope — they wanted to keep it as real as it was,” says local muralist Alan Jurgens, who spent a year restoring hundreds of stenciled beams (hand-mixing more than 100 custom paint colors) on the building’s coffered ceilings. With renovations now complete, THR got an early look at L.A.’s newest old building, where CGI will be listing a mix of studios, one- and two-bedroom apartments and a rooftop penthouse. Monthly rents haven’t yet been determined (units will come to market in the coming weeks), but based on comparable apartments in the area, a one-bedroom should go for about $2,000. 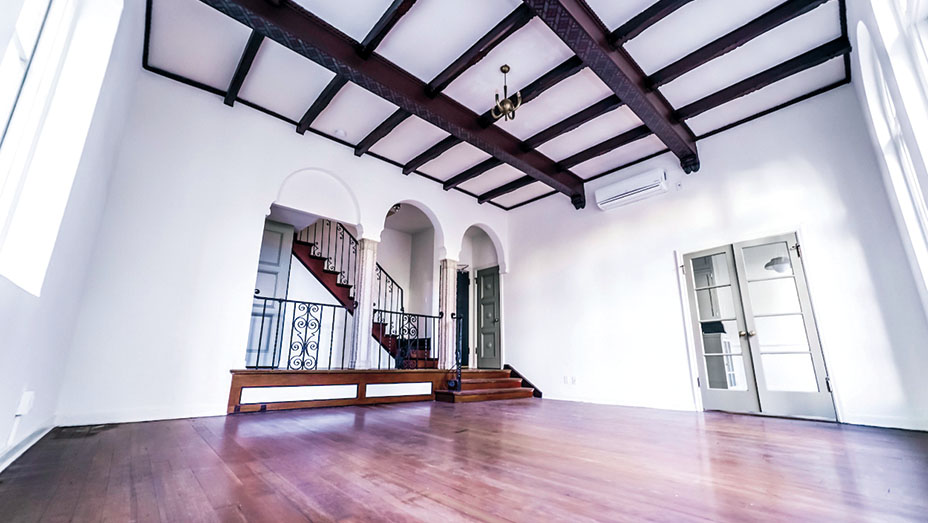 Built in 1926 at the corner of Franklin and Tamarind avenues near the base of Beachwood Canyon, the Spanish colonial building originally belonged to Eleanor Ince, widow of silent-film tycoon Thomas Ince. Its architect, Arthur E. Harvey, also designed the neighboring Chateau Elysee — now Scientology’s Celebrity Centre. In 1924, Thomas Ince died a few days after being carried off William Randolph Hearst’s yacht, and rumors swirled that Hearst had shot him by accident — a bullet intended for Charlie Chaplin, whom the mogul suspected of having an affair with his mistress, Marion Davies. Hearst allegedly financed the building’s construction as a grief payment to Eleanor. In later decades, Villa Carlotta became a favorite haunt for rock bohemians like Jim Morrison. 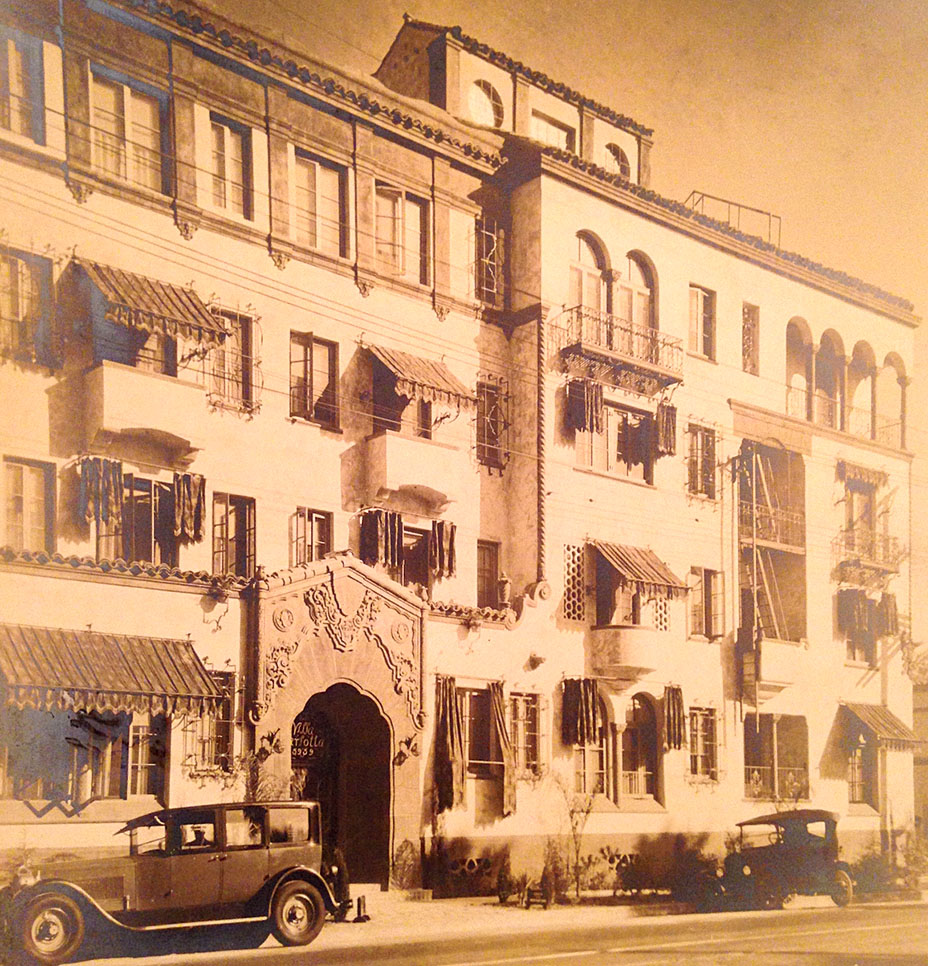 No two units share the same layout, and almost all original moldings, cabinetry, sinks, doors and windows were preserved — a painstaking process for CGI’s Mark Ross, who worked with consultants from the Hollywood Heritage Museum and L.A.’s Office of Historic Resources. “I was expecting to find a skeleton wearing a tuxedo in one of the closets,” he jokes. The building has a rooftop deck and a tiled entryway with a grand piano (but no onsite parking). Arguably the best unit is the two-story townhouse once occupied by gossip scribe Louella Parsons, another passenger on Hearst’s yacht that fateful night. As a hush payment (again, allegedly), Hearst gave her the apartment, where she cranked out columns that were fetched by a courier via her window.

Beyond the "Black Beverly Hills": South L.A. Real Estate Heats Up With a New Hollywood Generation