Paused at a stoplight at the intersection of Highland Avenue and Santa Monica Boulevard in Hollywood, observant drivers will notice a young woman, glowing in a storefront in the mini-mall next to Trejo’s Coffee and Donuts. She stands perfectly still, phone pressed to her ear. Behind her glows another figure, seated on the floor, knees bent, also on the phone. Across from her, a third individual reclines as he talks, his translucent glass body, like the others, pulsing a variety of colors, sometimes in rhythm with the vocal mesh around them, sometimes not.

Closer examination reveals that their hands are empty. The trio collected in the former retail space are not for sale, nor are they shoppers, but are instead “Modern Figures” at the heart of artist Doug Aitken’s disruptive new installation, Don’t Forget to Breathe, on view Feb. 8 through 17. 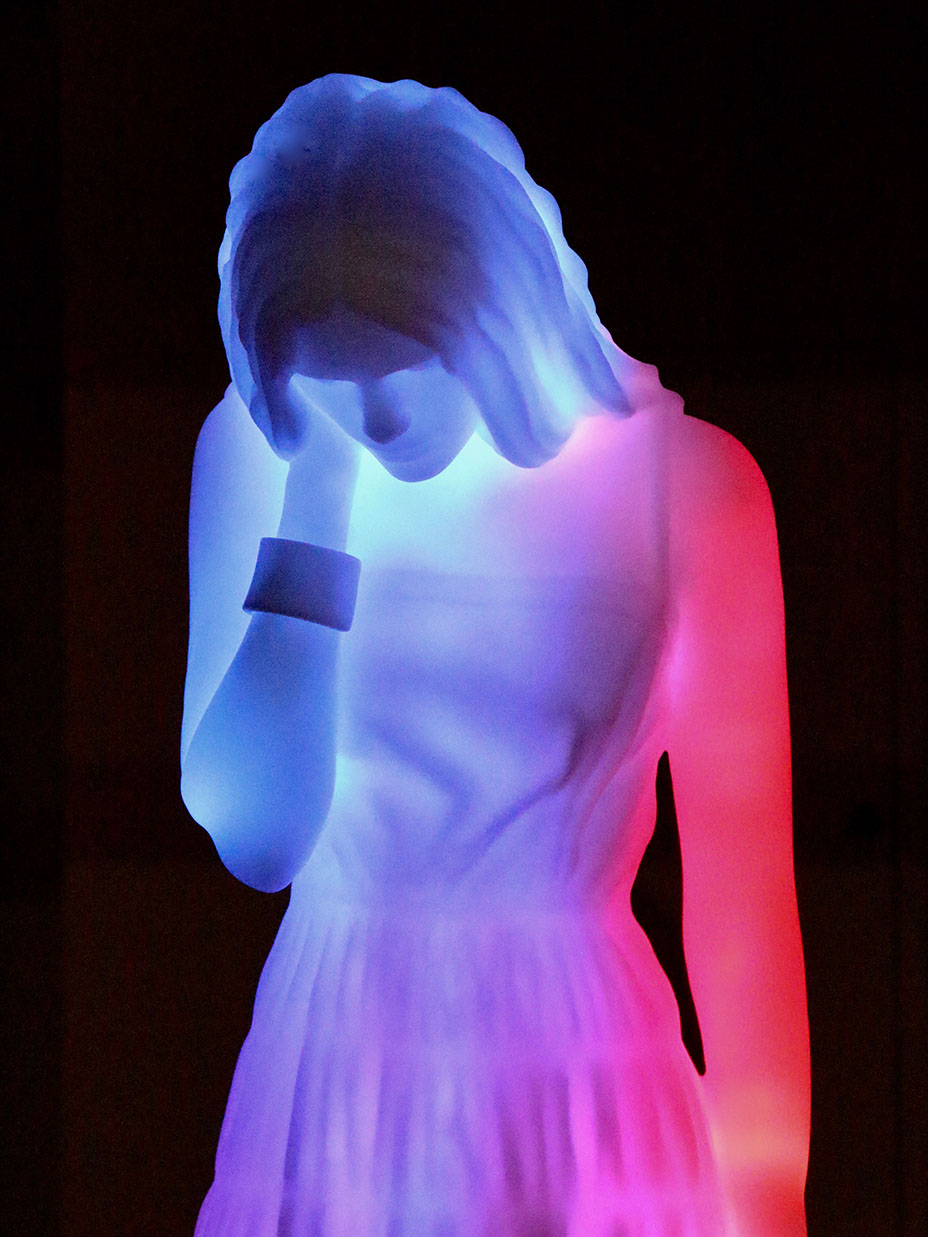 “There’s a kind of strange dance or choreography that we’re all involved in, this courtship with the future, this question of how do we navigate new forms of communication or a form of hyper-connectivity. This artwork looks to explore that terrain,” Aitken says of both the new installation created in collaboration with RYOT, with support from Regen Projects and Galerie Eva Presenhuber, as well as new works showing via his New York gallery, 303 Gallery, at Frieze Los Angeles — including various media like the three-dimensional piece, HEAT, as well as a light-box sculpture, Midnight Sun (distant view with pools), exploring similar themes of isolation and dematerialization through digital engagement.

Such existential notions are translated into the retail context, as brick and mortar spaces increasingly become a thing of the past. It was a point not lost on Aitken over the months spent driving around, looking for the right space. “Over time you realize that all these places are going out of business. The strip malls are empty, the storefronts are empty,” he says. “There’s this kind of ghost land of retail. The occupation of the urban and suburban space is changing.” 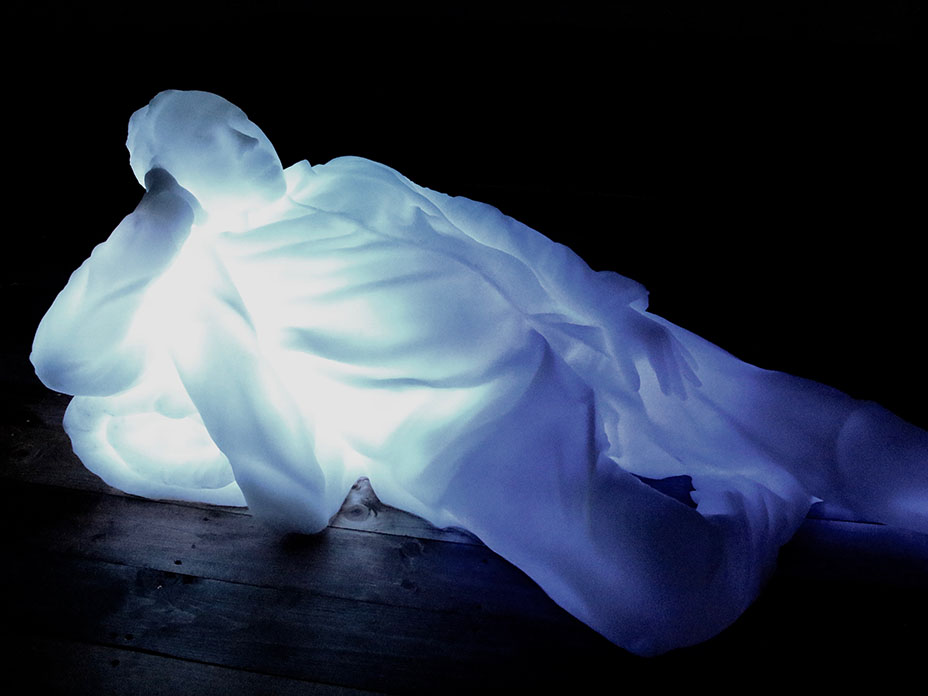 The work’s title, Don’t Forget to Breathe, has multiple meanings: One is an admonition to safeguard your humanity as we step into the digital future. “You lie in bed at night and you try to close your eyes, but underneath the floorboards there’s a river of information that is continuing, and it will not cease, and it will not wait for you,” Aitken says, then pauses. “You wake up in the morning and you reach down and you grab a cup of this river, and there’s new images and new work and new connections. And I think that idea that we’re living in this new condition, is very, very compelling.”

The title can also be a warning to slow down and reflect on the world around us. The installation will no doubt catch the eye of commuters and hopefully jar them out of a stupor. In some ways, it performs the same function as the artist’s highly successful Mirage, which debuted at Desert X in 2017, a mirrored house in the high desert, reflecting the sky and landscape back on themselves. When the sun hits it right, it might catch an eye on the highway, disrupting a travel trance and tuning a driver into a landscape often taken for granted. 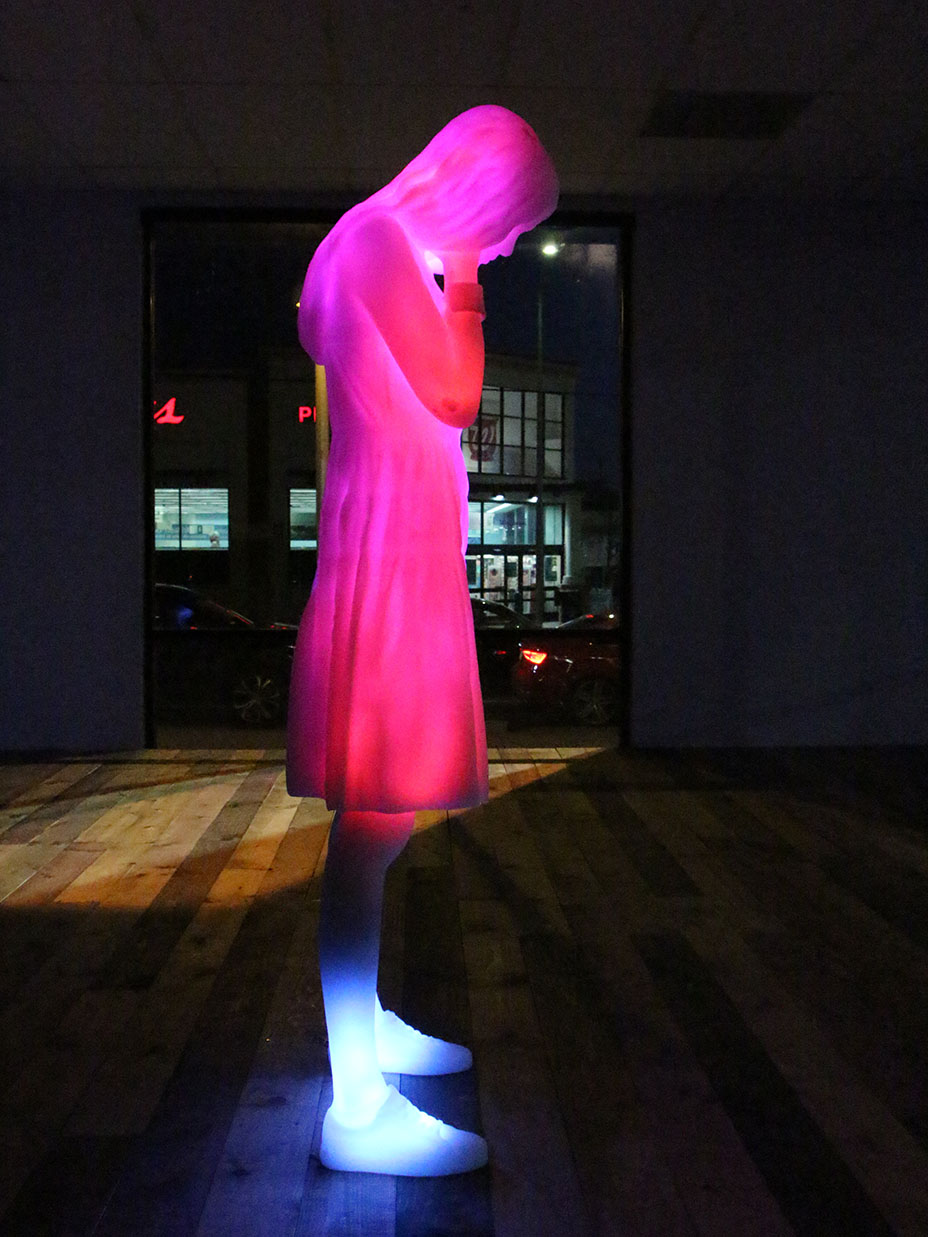 Born in Redondo Beach in 1968, Aitken presently works in Venice, though that’s not what makes him a quintessential L.A. artist. It’s an eclectic body of work defying characterization that hints at local predecessors like Chris Burden or Mike Kelley. Aitken’s multi-discipline practice ranges from sculpture to photography, painting, film, happenings, musical composition, (he’s previewing a choral work with L.A. Master Chorale in March), audio, and just about anything else that might engage the senses. Collectors of his work include tech mogul Peter Norton and entertainment attorney Alan Hergott and his partner Curt Shepard.

Projections with soundscapes are a common thread, like 1997’s diamond sea, a video installation picturing a portion of the Namibian desert, beneath which the largest computer-controlled diamond mine in the world chips away at the earth. It debuted at that year’s Whitney Biennial, introducing his name to millions. 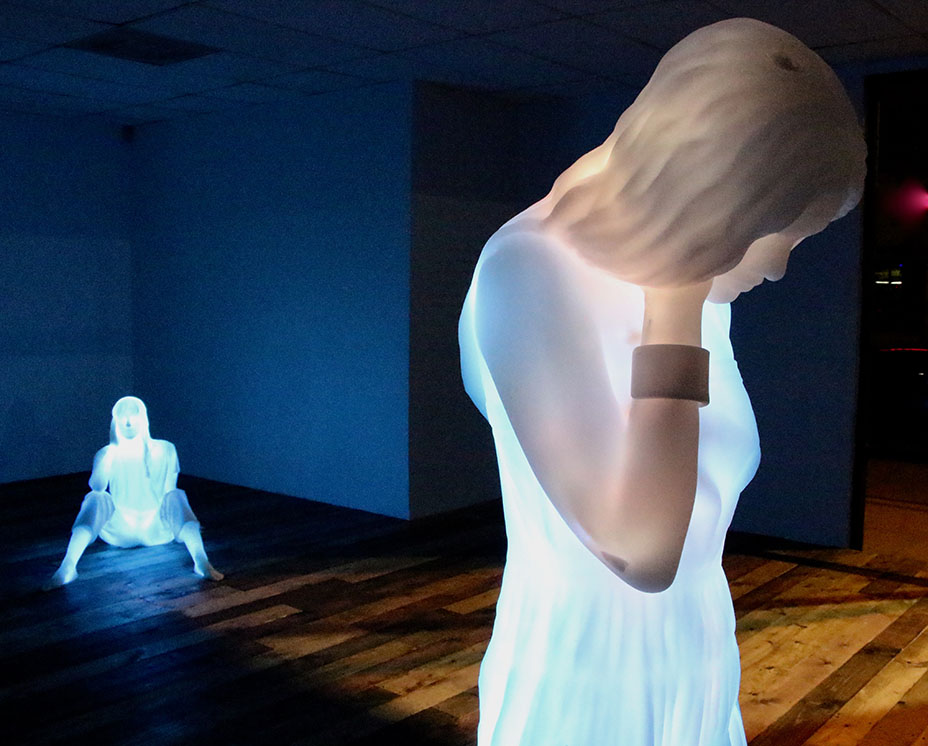 Two years later, electric earth, an eight-screen installation centering vaguely on the last man on earth, earned the International Prize at the Venice Biennale, making him an art star. Subsequent film works include collaborations with stars like Chloe Sevigny, Tilda Swinton, Beck, Cat Power and Seu Jorge among others.

“The more you have that conversation, the more you see this connective tissue, this root system under anything that’s being created,” Aitken says, describing his multi-discipline approach. “And while each individual might have a different process, there’s that idea of where do you start, and the process from inception to completion. I think that’s pretty interesting, looking under the hood that way.”