A diverse group of art supporters, collectors and artists came together Monday night at Sotheby’s Los Angeles in Century City to honor Thelma Golden, the pioneering director and chief curator of The Studio Museum in Harlem.

The crowd passed through galleries of paintings by Rubens, Warhol, de Kooning and Lichtenstein to view a select group of contemporary works by artists who have been supported by The Studio Museum in the past who are now giving back to the groundbreaking New York institution by donating their works for a special benefit auction, Creating Space: Artists for The Studio Museum in Harlem.

“It is so gratifying to have artists be so generous on behalf of the museum and I see their generosity as being a testament to not only their relationship to the museum but also their investment in the future of the museum as it continues to present and preserve the work of artists of African descent,” Golden told THR. “It really moves me because it makes me understand how much the museum has meant to so many artists.”

Golden also shared her thoughts on the new museum facility under construction — designed by Adjaye Associates — and how it serves the community of Harlem. “Through the museum’s 50-year history, it has been a real anchor in the community as a space where people convene and for the museum to serve as an educational institution and a civic institution,” she said. “The ‘Studio’ in our name comes from the fact that we have had a residency program since the founding of the museum and it’s a really important part of the museum’s life that artists have lived and worked in the museum space. Not just presenting their art, but making their art. That is one of the things that makes us special.”

Tina Perry, executive vice president of legal and business affairs at OWN, and her husband, Ric Whitney, spoke to THR about the impact of the auction. “It reflects the personal relationships that the artists have with The Studio Museum and what an appreciation they have from an early part of their career being supported and invested in by them,” Perry said. “The Studio Museum has an impeccable track record of introducing artists globally who have a hard time getting into institutions otherwise.” Added Whitney, “It’s one of a kind. For these artists to come back and support the museum is a testament to how the Studio Museum has been supportive in their early careers.”

Along with Newkirk and artist Charles Gaines; actor Patrick Duffy; The Gersh Agency’s David Gersh and his wife, Susan; producer Grazka Taylor and California African American Museum’s Naima Keith all turned out for the event, which was followed by a dinner at Hinoki & the Bird.

Notable artists participating in Creating Space: Artists for The Studio Museum in Harlem: An Auction to Benefit the Museum’s New Building include Njideka Akunyili Crosby, Mark Bradford, Gilliam, Rashid Johnson, Glenn Ligon, Julie Mehretu, Lorna Simpson and Yiadom-Boakye. Their donated works will be auctioned at the Sotheby’s Contemporary Art Auctions in New York on May 16 and 17. 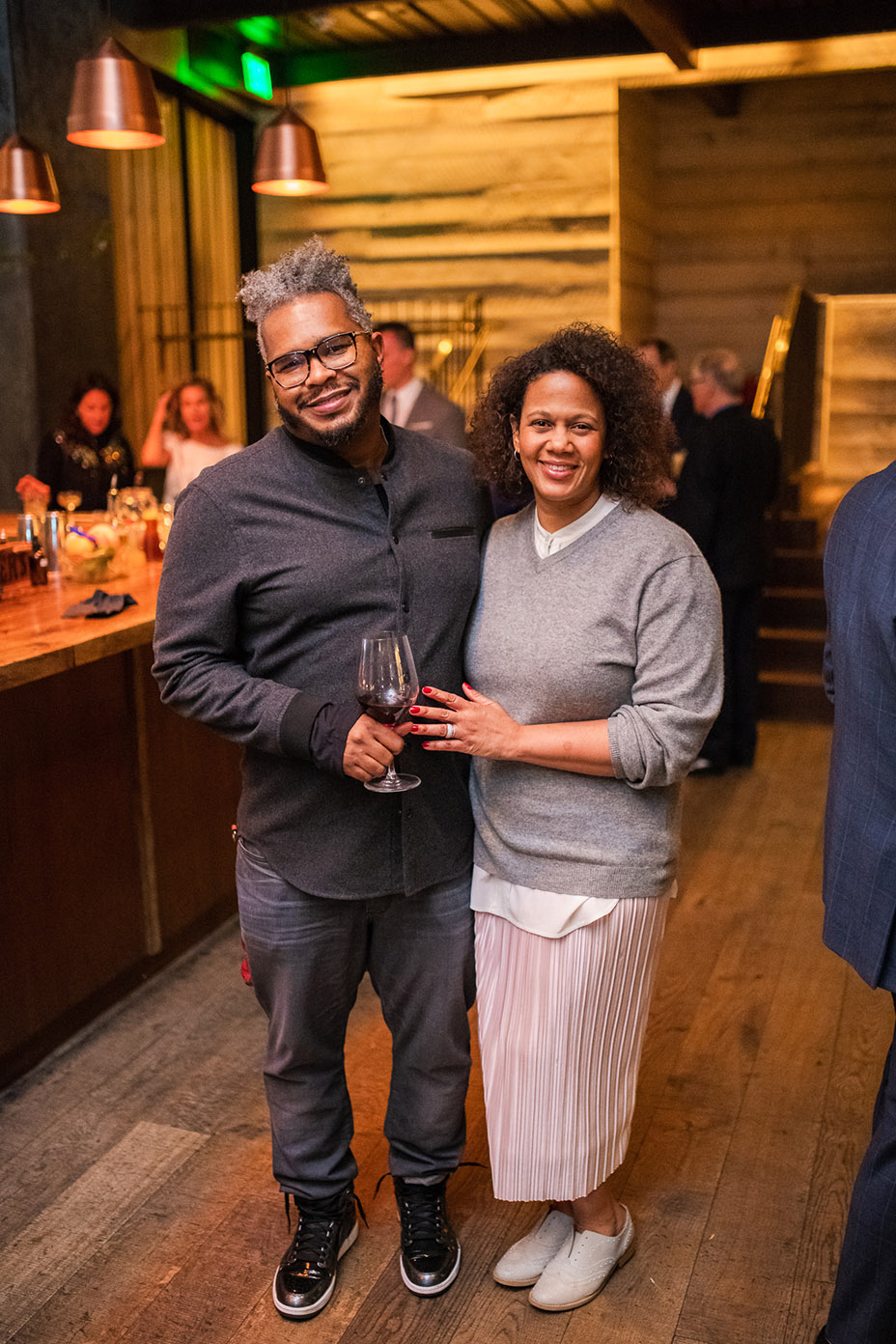