For 10 years, L.A.-area children grieving the death of a family member have found refuge at Camp Erin in Malibu. About 80 kids, ages 6 to 17, gather for two weekends each summer to memorialize loved ones (most have lost a parent) in a program that was chronicled by the Emmy-winning 2014 HBO documentary One Last Hug: Three Days at Grief Camp.

While there are Camp Erins across North America, the L.A. program is run by Our House Grief Support Center, whose Hollywood backers include Patton Oswalt and This Is Us creator Dan Fogelman. Oswalt’s daughter, Alice, now 9, participated in Our House counseling following the 2016 death of her mother, author Michelle McNamara — during “a very numb time for me,” recalls Oswalt, 49. “Not that it made her feel any better that other kids lost their parents, but it made her feel stronger that she wasn’t alone.”

Then came November’s Woolsey fire, which destroyed hundreds of Malibu-area properties, among them Hollywood-favored camps like Hess Kramer (alums include Alden Ehrenreich). Largely unremarked, however, was the destruction of the facility that housed Camp Erin — the 45-acre Camp Bloomfield, which has for 60 years provided free programs for visually impaired kids, most from low-income families, through parent Wayfinder Family Services (Stevie Wonder is a board member and attended the organization’s annual chlidren’s carnival in December).

Camp Bloomfield has hosted more than 1,000 Camp Erin kids during the past decade, including the daughter of director Mark Pellington (Nostalgia, The Last Word), whose wife died in 2004. “You don’t necessarily like being part of the club, but you’re grateful that you’re not the only one,” says Pellington, 56, of his daughter’s Camp Erin stay. “There’s a palpable sense of healing and communication and connection.” 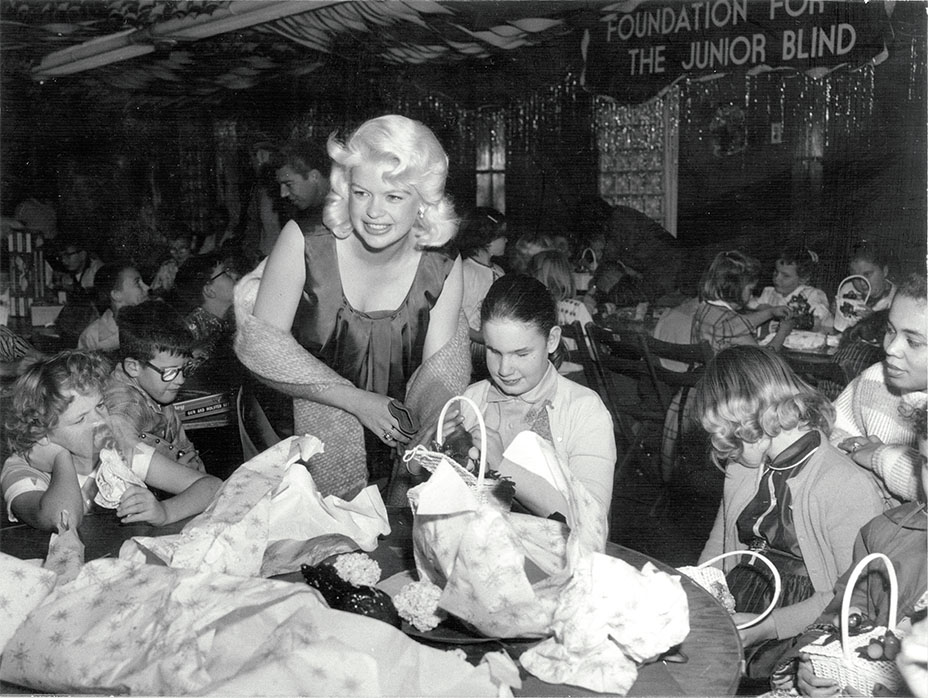 Adds actor Mike Peebler (Hawaii Five-0), who volunteered in 2015 at Camp Erin (which is also free to families), “The way the children supported one another was mind-blowing.” The program’s final night centers on a poolside ritual in which each kid places a floating candle, an adorned memorial to his or her loved one, into the water. “I’ve worked with kids in lots of settings, and 14-year-olds usually don’t want anything to do with 9-year-olds — they’re very divided by this is my group and that’s yours,” says Peebler. “But there was a 14-year-old who put a 9-year-old on his back and carried him to the microphone at the luminary ceremony because the boy was afraid.” He pauses. “It’s just a pool at a camp, right? But it becomes something so much more in that moment.” 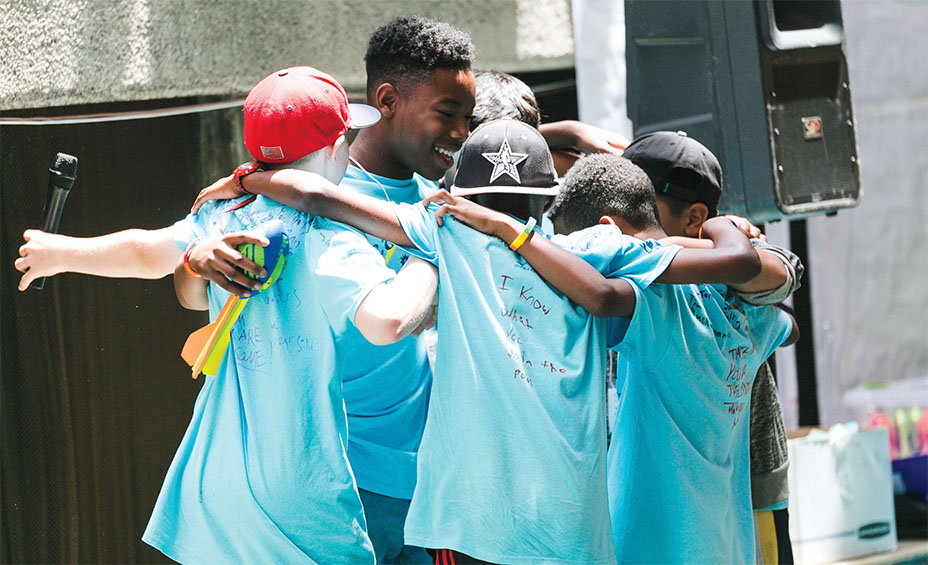 TJ Jackson, son of Jackson 5 alum Tito Jackson, lost his mother when he was 16; the singer and his two brothers host an internet radio show, The Power of Love, about grief, and TJ spoke at Camp Erin’s August session. “When you lose a parent or lose someone that’s close to you, you feel shellshocked and kind of don’t know where you stand,” says TJ, 40. We grew up really private in my family. We never opened up to therapists or anyone. But you can’t go around grief, you’ve got to go right through it, and I appreciated how [Camp Erin] got the kids to own it and talk about it.” 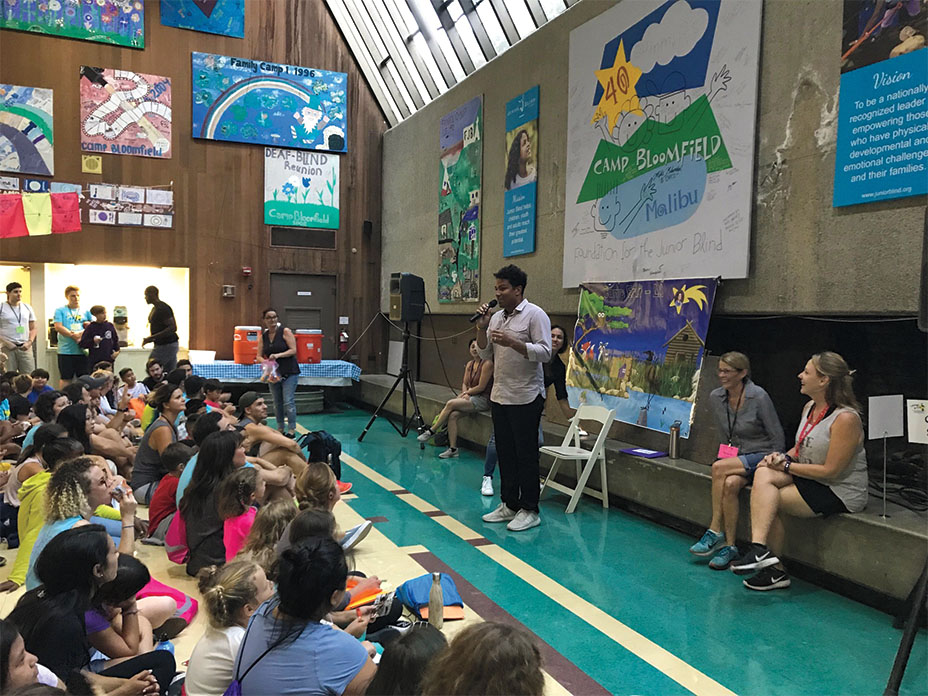 Camp Bloomfield had its own Hollywood close-up in the 1985 biopic Mask, when Eric Stoltz’s character, who suffers from a disfiguring bone disease, spends a liberating summer as a counselor. Camp founder Norm Kaplan appeared in the Peter Bogdanovich film, which won the Oscar for makeup; Stoltz and Cher, as his mother, earned Golden Globe nominations. 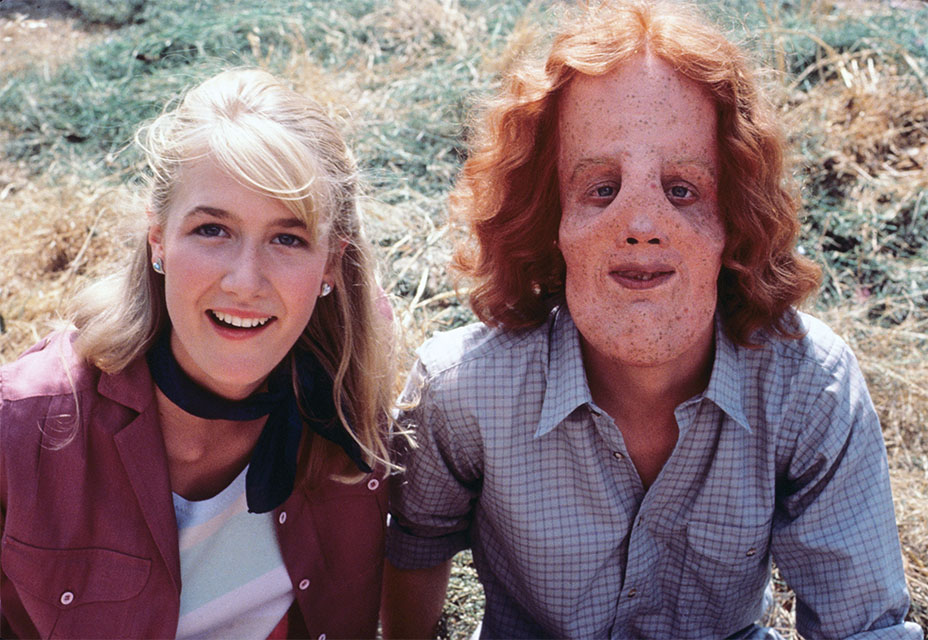 For 2019, Camp Erin L.A. has a new home, Glendale’s Camp Bob Waldorf, says Our House CEO Michele Prince. Notes Pellington, “That space gave great comfort to people, but they’ll find a new place. They’ll find and make a new history.” Camp Bloomfield, which previously operated on a $1 million budget, is still looking for space to lease this summer and assessing whether to rebuild in Malibu given the risk of wildfires.

“Losing the camp has been like a punch in the gut,” says Wayfinder COO Jay Allen. “But there has been no loss of life, everybody is safe and putting things back together, so we’ve tried to do our best to keep it in perspective.” The camp’s manager, Mike Bloomfield (grandson of Henry Bloomfield, the real estate mogul who in 1958 donated the land to Wayfinder’s precursor organization, the Foundation for the Junior Blind) lived for decades with his family on the Malibu campus; they were safely evacuated.

“We’ve been doing this for 60 years,” Allen adds. “And what we know for sure is that it’s not just a fun time for kids, it’s transformational — they’re gaining a level of confidence from participating in all the activities out there that they access as they overcome other challenges. We’re 110 percent committed to continuing the experience.”