Sabo, an artist who has made a name for himself with real-looking movie posters that skewer liberalism, plastered his latest creations all over Hollywood and Highland, a stone’s throw from where celebrities will be walking the red carpet.

In the dead of night Thursday and early Friday morning, Sabo plastered his posters all over town, in hard-to-reach places where they look like genuine advertisements.

“All those assholes make are unwatchable movies from unreadable books,” says one large poster containing a giant image of an Oscar statuette. The text was borrowed from Tarantino’s True Romance.

Sabo also created ads for Redbox and even built some replicas of the movie rental service’s iconic kiosks.

Some of the kiosks feature the Tarantino line and others say: “Yeah, we wouldn’t have paid full price to watch any Oscar nominated movies either.”

The Redbox mock-ups are not only in Hollywood, but also Brentwood and Westwood near the homes of many celebrities and industry executives.

Typically, Sabo’s fake posters will stay up as long as 24 hours before the powers that be get around to tearing them down, but he’s hopeful his newest crop will survive through Sunday’s Oscar show.

“These pieces look so legit no one is thinking to take them down. It almost looks like a real Redbox ad,” he said. “I consider this piece my representation of the discounting of Hollywood.”

Sabo, though, says he’s not only unimpressed with most movies nowadays, he’s also infuriated with what he considers the mistreatment of President Donald Trump by many celebrities.

“I’m pissed off at Hollywood and it’s outspoken liberal actors enough to not want to spend what a theater asks, and that is my way of keeping as much of my money from going into Hollywood’s pockets,” he said.

In the past, Sabo has used his street art to attack Leonardo DiCaprio, Cher, Lena Dunham, Hillary Clinton and many more, and he sells his politically conservative work at his website. 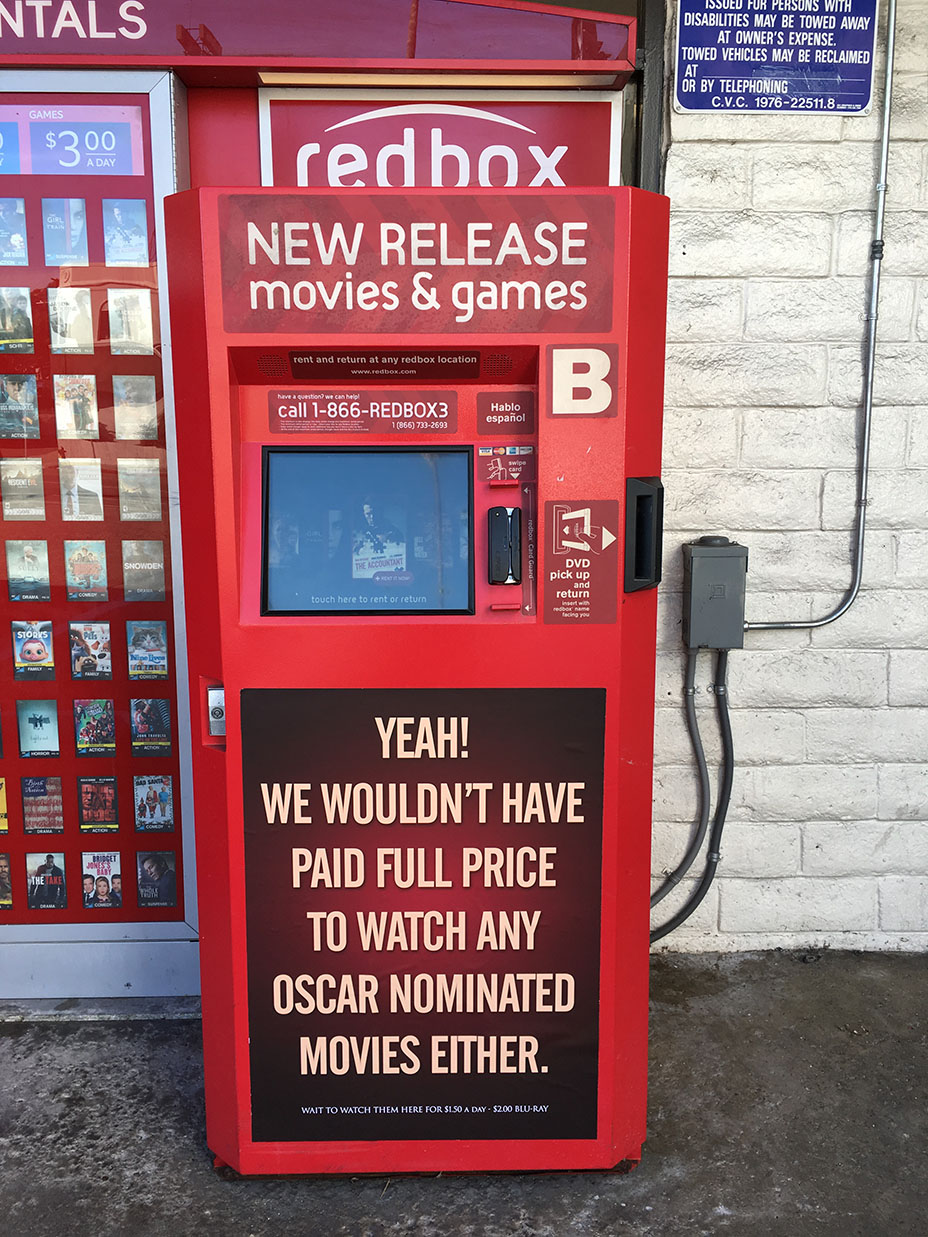 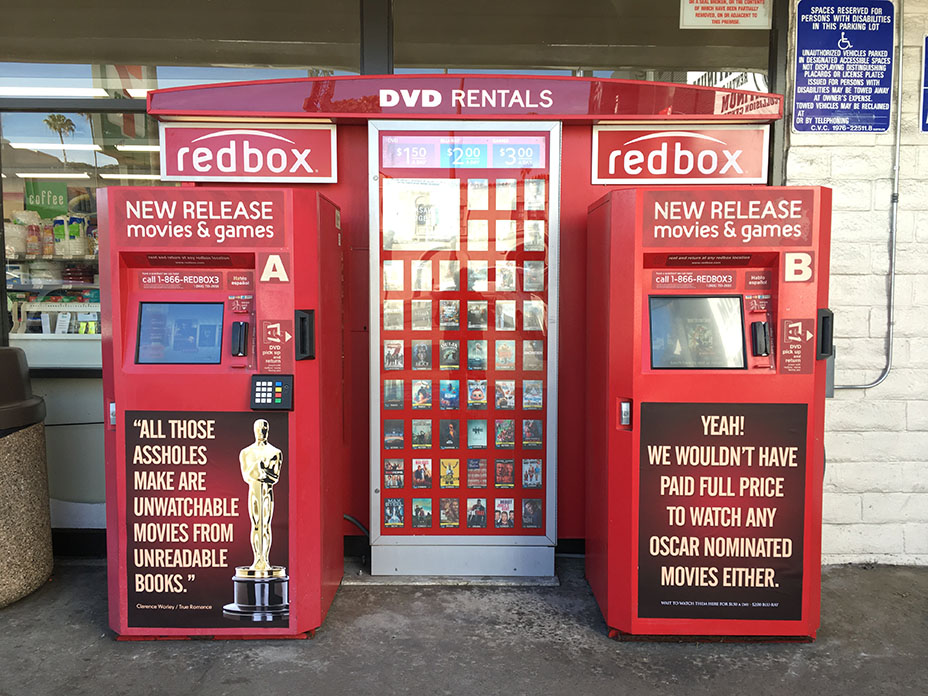 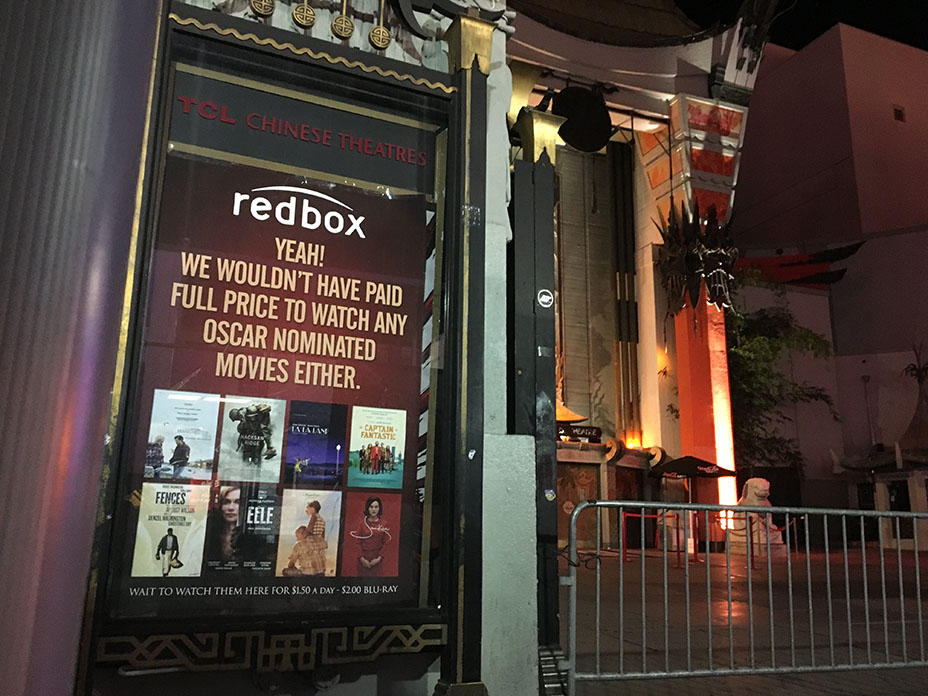 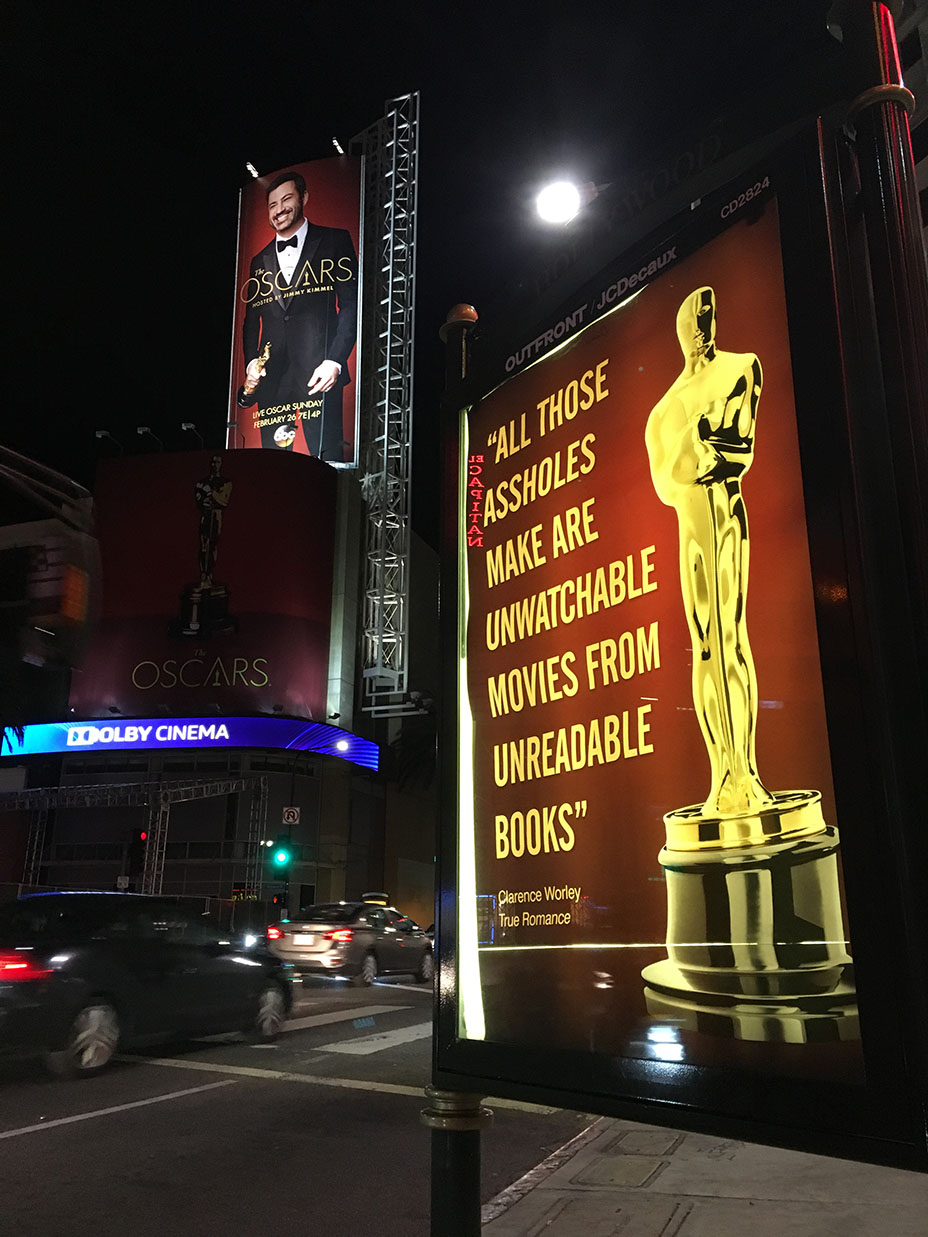