Whether it’s nostalgia for The Brady Bunch or a need to Keep Up with the you-know-whos, there’s something for everyone — including residents George Clooney and Bruno Mars — in Fryman Canyon. Known for its hiking trails (described online as a “less douche-y” version of Runyon), the sycamore-soaked zone just south of Ventura Boulevard in Studio City has emerged as one of the Valley’s priciest ZIP codes, at least on a price-per-square-foot basis (topping out at about $1,200).

It’s hard to find a house in Fryman that doesn’t have a Hollywood tale to tell. On one block of Iredell Street, the area’s major artery, the Paul Williams-designed four-bedroom that was featured in the opening sequences of the 1969 pilot episode of The Brady Bunch is up for rent at $9,450 a month. Three houses away is “the fake Kardashian” home, listed in late February for $7.9 million (in early episodes of Keeping Up With the Kardashians, the Spanish villa-style seven-bedroom doubled for Kris Jenner’s actual home in Calabasas). Just up the street from there is the Winter Brook Estate, an Arthur C. Munson-designed home once owned by film composer Elmer Bernstein (The Magnificent Seven, Ghostbusters), now on the market for $5.2 million. 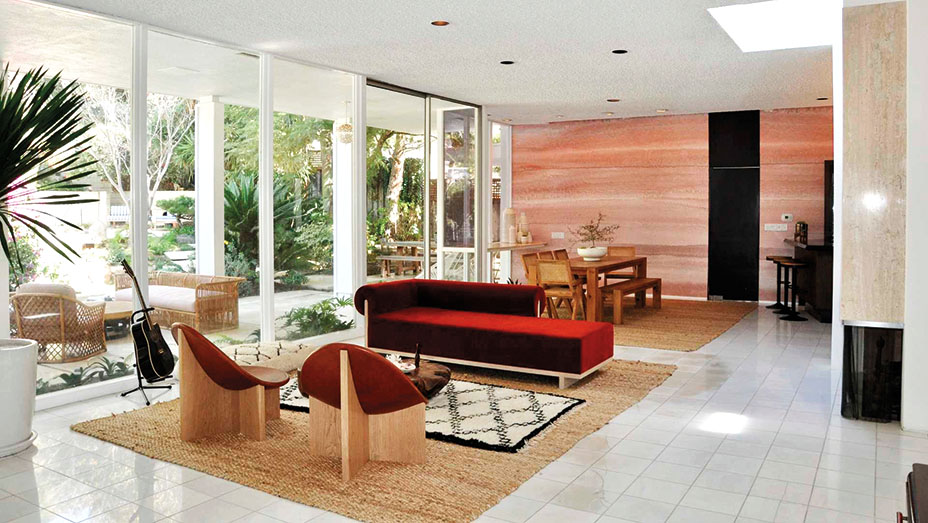 “It’s very popular among celebrities, and that has been the case since we moved here in 1986,” says attorney Jeffrey Loeb, who recalls attending Halloween parties in the 1990s at the home of actor Roddy McDowall. The Agency’s Jonathan Ruiz compares the area to Rustic Canyon. “I refer to it as a buy-and-die neighborhood, and it is rare that things come on the market,” he says. “My mom has lived her whole life in L.A., and when I brought her to one of my listings there, she was like, ‘Where am I?’ “

Many of Fryman’s 200 or so eclectic homes — Ranch, Tudor, Spanish — are pristinely preserved thanks to L.A.’s 1992 Mulholland Scenic Parkway Plan, which applies added design and landscaping regulations to homes that are viewed from Mulholland Drive. Lucy Liu owns in Fryman, as do writers Marti Noxon and Dana Fox. In 2011, Survivor‘s Jeff Probst scooped up the 3.68-acre Gene Autry Estate for $5 million.

Residents are zoned for the excellent K-5 Carpenter Community Charter School, and several top private schools — Buckley, Harvard-Westlake, Oakwood and Campbell Hall — are within two miles. Says Keller Williams’ Robert E. Howell, “I hear people who live in Brentwood say, ‘If my kid gets into Campbell Hall or Harvard-Westlake, I’ll buy that house in Fryman.” 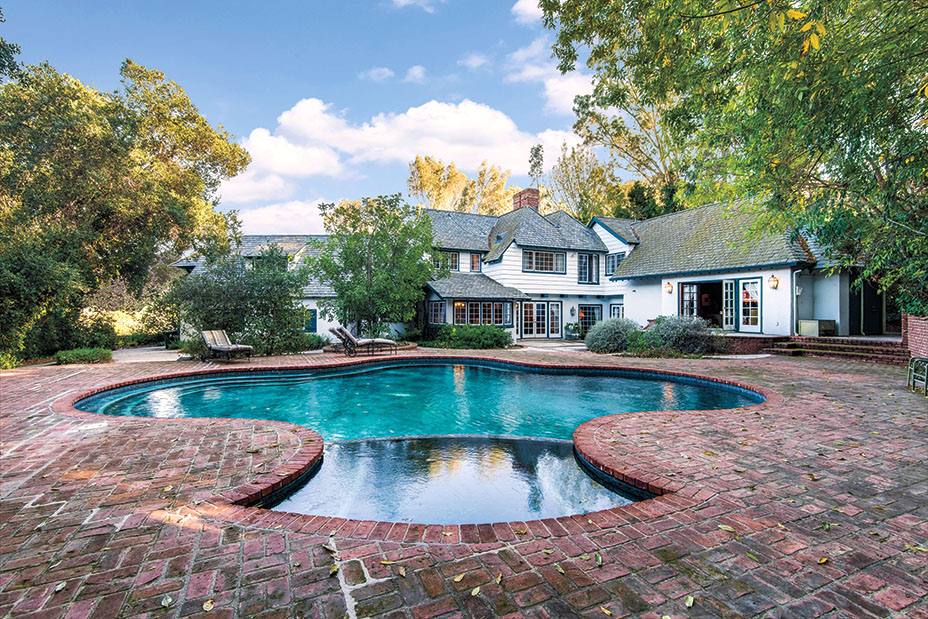 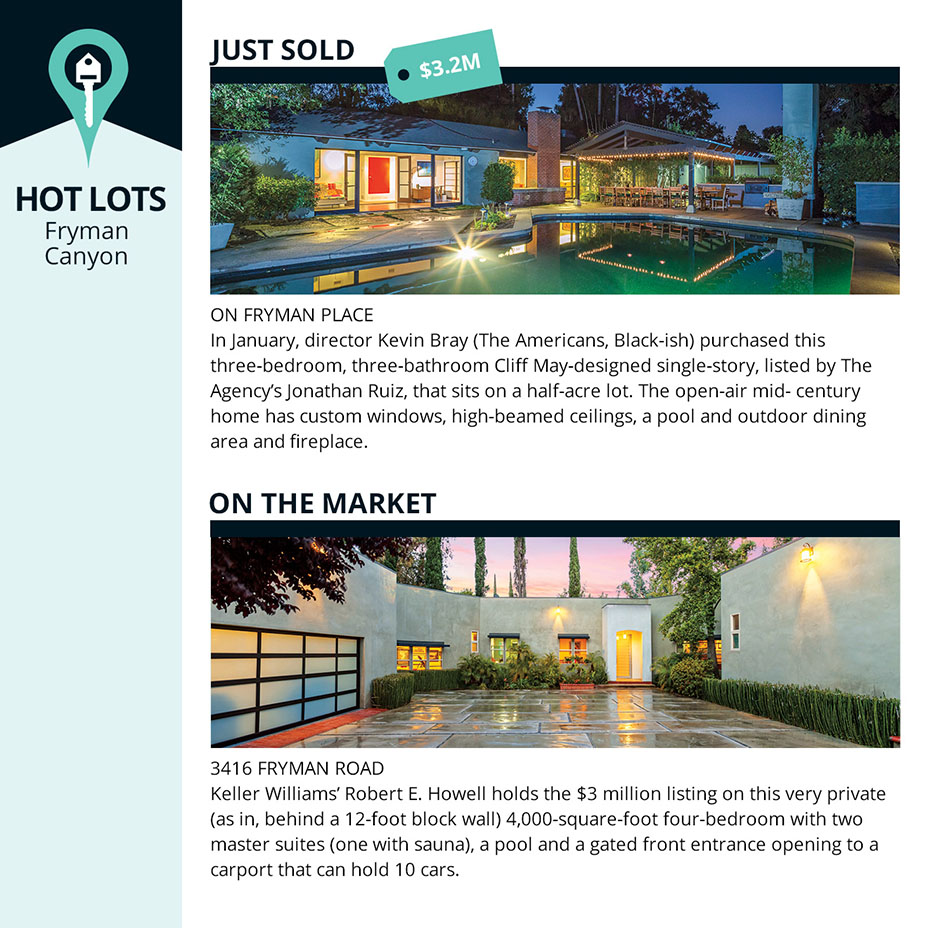 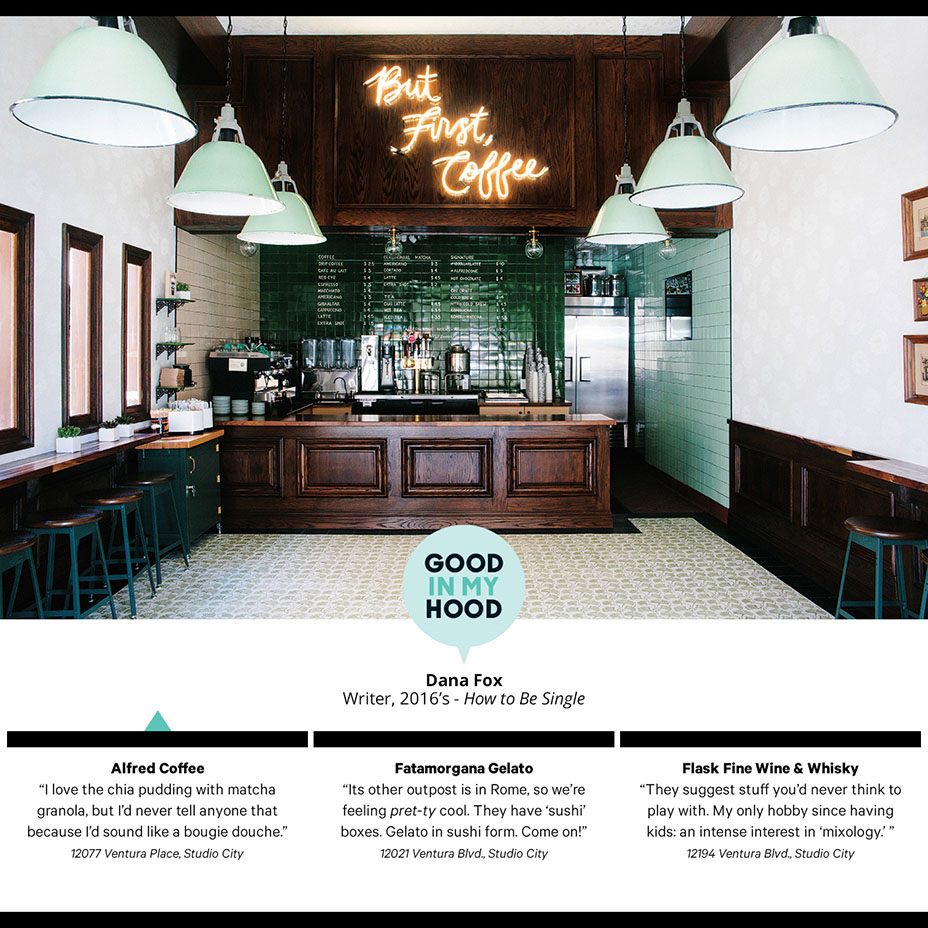