“If Soho House and WeWork had an enlightened feminist baby, it would be us,” says Anna Jones, co-founder of London’s women-only membership club the AllBright (inspired by former U.S. Secretary of State Madeleine Albright’s “special place in hell for women who don’t help other women” quote — but with an extra L thrown in for brand distinction). Jones and Debbie Wosskow, sipping tea that isn’t hot enough at the Beverly Wilshire on a chilly November morning, are in L.A. to get the wheels turning on their baby’s first U.S. location — on West Hollywood’s Melrose Place, a chic row of low-rise buildings that “feels European,” says Wosskow.

Their first club launched in London’s Bloomsbury in March (a second will bow in Mayfair soon), jibing in a way “we couldn’t have predicted,” says Wosskow, with the Time’s Up movement. “Everything in our building celebrates [and is made by] women, from the art on the walls to the wine we serve,” adds Jones. Hollywood Brits including Naomie Harris and Ruth Wilson gravitated to the AllBright, which — unlike women’s co-working collective The Wing, opening its own first L.A. outpost in January — welcomes men into its building, if not on its membership rolls. 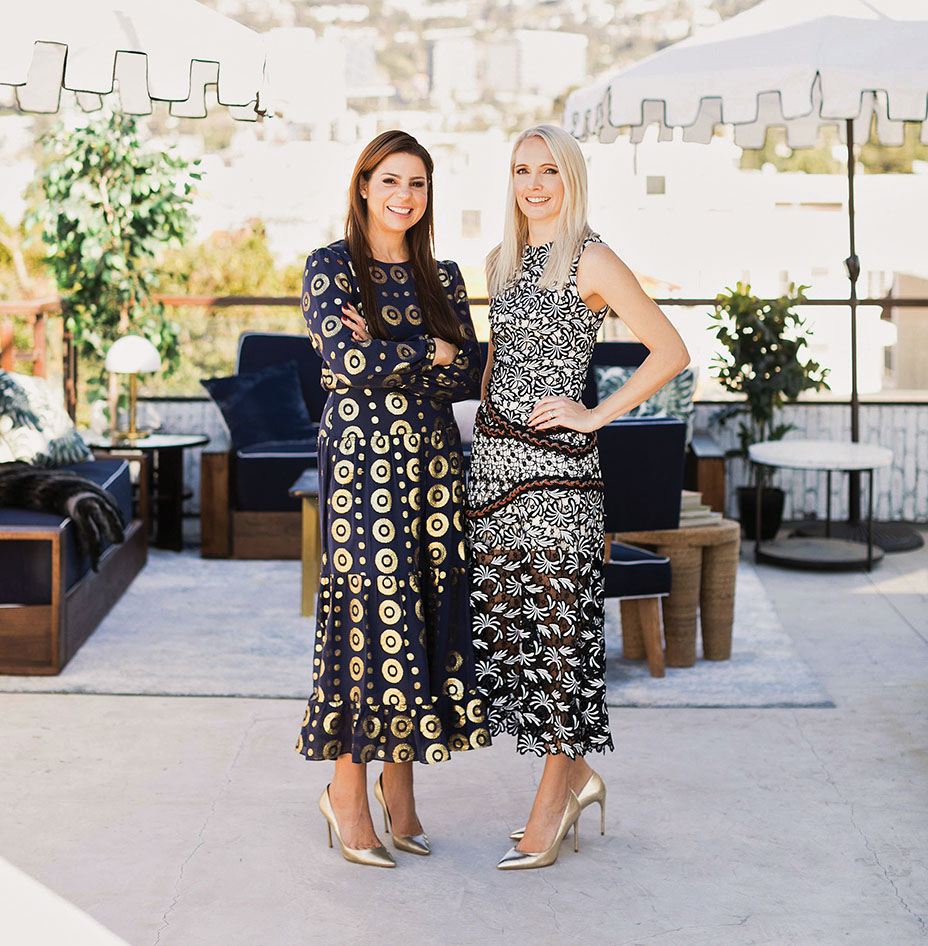 Jones, 43, and Wosskow, 44, also welcomed a man, Allan Leighton, as chairman of their company in August, causing a stir that became a learning moment. “It was very useful, once you survived the storm a bit, to surface this issue of, ‘What’s the point of men?'” says Wosskow. “We feel that unless you have enlightened men with you on the bus, you don’t change anything.” Along with Leighton, Hollywood investors include Entertainment One CEO Darren Throop (as well as the owner of The Hollywood Reporter‘s parent, Valence Media); Quibi CEO Meg Whitman is a founding L.A. member.

AllBright West Hollywood won’t open its doors until May or June, but Jones and Wosskow will start rolling out the U.S. version of their AllBright Academy — a free online education platform that offers courses in negotiation, branding and other career skills — as early as January. They’re currently reshooting the digital lecture modules with female business leaders and entrepreneurs who’ll be more recognizable to a U.S. audience (U.K. instructors include designer Cath Kidston).

While the bulk of the American AllBright Academy content will mimic the U.K. offering, “the volume is amped up a little bit,” says Wosskow with a smile, “to make it slightly less understated.” The U.S. courses, which were tweaked based on feedback from American executives and entrepreneurs, also place more emphasis on health and wellness topics and philanthropic endeavors.

AllBright’s 9,000-square-foot West Hollywood clubhouse, which will have beauty services on the ground floor and club and dining spaces on the upper floors and rooftop, is being designed by Brigette Romanek (wife of film and video director Mark). “Our clubs in London are very British: lots of dark wood and velvet,” says Jones. “So how do you translate that to a California aesthetic and make it a place where you want to spend time from morning until late night? We’re looking for a design sensibility that feels appropriate to us but with a colorful new twist.” One thing you won’t see in an AllBright clubhouse, notes Wosskow: millennial pink. “It’s a very glamorous, grown-up environment,” she says.

The club’s entertainment ties in London made L.A. a natural next stop; local investors and partners, including women’s advocacy community Doyenne, are helping the founders “communicate with the tribes here,” says Wosskow. And AllBright’s distinctive flavor should serve it well in the city’s increasingly crowded membership-club landscape, with two Soho House locations, NeueHouse, the recently opened Spring Place Beverly Hills — plus four new clubs, including yet another Soho House, set to open in the first half of 2019 (see below). There’s even another U.K.-based player, the Gwyneth Paltrow-backed Arts Club, coming as soon as 2020 to a Gensler-designed new build on Sunset Boulevard (on the site of the former Hustler store).

“Despite how connected everybody feels, we’re really becoming so disconnected,” says Sunset Tower owner Jeff Klein, whose San Vicente Bungalows is the next entrant in the continuing boom. “Creating a place where you can be with other like-minded people is becoming?more and more powerful.”

WHICH NEW CLUB IS FOR YOU? 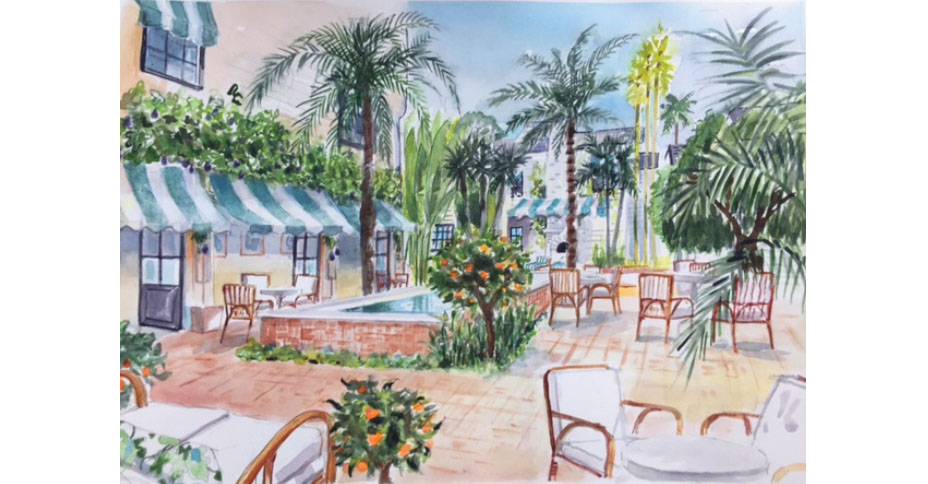 Founder Jeff Klein has created a 14-person committee drawn from Hollywood, fashion, art and design to vet members (number to be determined), perhaps including regulars at his Sunset Tower Bar like Julia Roberts. There will be stiff penalties for prohibited phone use; nonmembers will be required to apply a sticker to cover the lens of their camera phone. 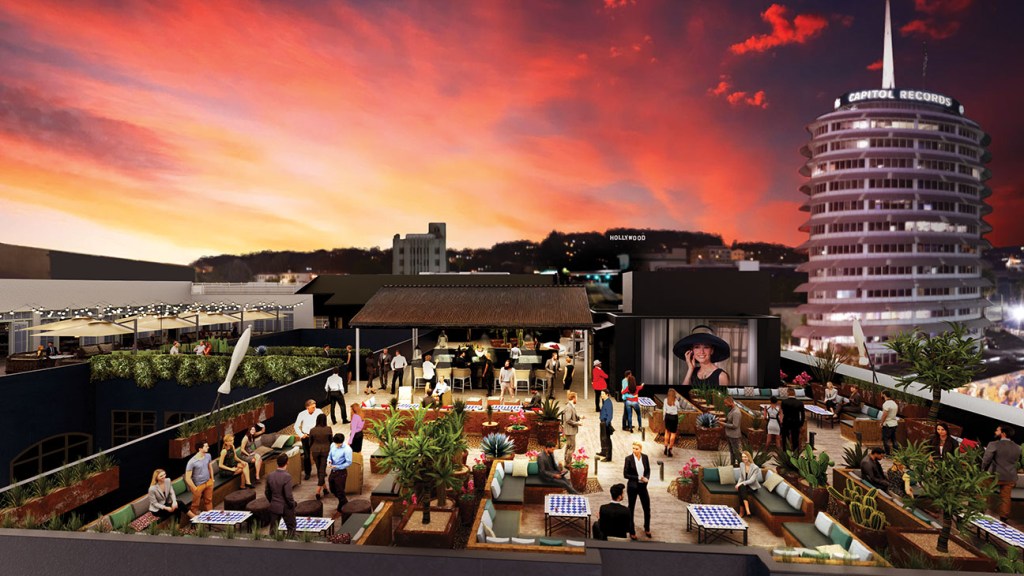 This first expansion of the London club (frequented by Taylor Swift and Kate Moss) will open in the former Redbury Hotel with 1,200 members. Waraire Boswell (who has cut suits for Kobe Bryant) is designing staff uniforms. Key investor Paul Allen died Oct. 15. Says a spokesperson, “We continue to move ahead with Paul Allen’s vision of H Club.” 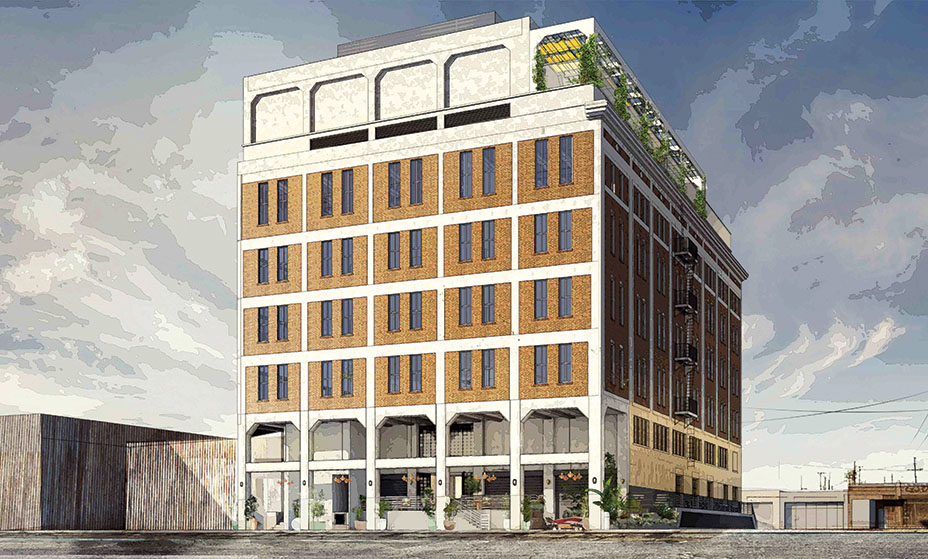 The WeHo and Malibu spots draw visitors from Lana Del Rey to LeBron James; DTLA members will largely come from “Silver Lake, Frogtown, Los Feliz and Boyle Heights,” says Soho House’s Samantha Stone. “So many people have held off. We get emails … ‘When is downtown opening? I’ve been waiting to join!’ ”

The women-only space will be designed by Hollywood favorite Brigette Romanek (wife of director Mark), have a female executive chef (Great British Menu’s Sabrina Gidda does the menu at the London club) and will offer quick beauty services (nails, hair, makeup) on the ground floor. Ruth Wilson and Naomie Harris are U.K. founding members.