The day after the Tony Awards nominations were announced, nearly all of the newly minted nominees gathered for a press reception at New York City’s Sofitel. The Hollywood Reporter recounts the top eight things heard amidst interviews and photo shoots.

1. How about a Roseanne revival? Laurie Metcalf told reporters that she is on board for that eight-episode Roseanne revival. “I’m hoping that it happens,” says Metcalf, who played Jackie Harris in the ‘90s sitcom and is Tony-nominated for her performance in A Doll’s House Part 2. “Everything is in place except the fact that it hasn’t been sold.”

2. Eva Noblezada reflected on Lea Salonga. Before the 25th anniversary concert of Miss Saigon in London, Salonga, who originated the role of Kim on Broadway, and Noblezada, who played Kim in the West End before opening the current revival in New York and earning a Tony nomination, rode a two-hour train ride together for an interview. “We had a lot of time to chat!” said Noblezada. “She’s a super woman. She’s also very real. And that’s what I admire about her. She will always tell you how it is. She’s been through it too … She knows how the business works. She knows how it is to be young in the industry. She really encouraged me to find my own Kim.”

3. Condola Rashad recalled her unconventional stage debut. When Rashad’s mother, Phylicia Rashad, was doing Blues for an Alabama Sky at Alliance Theatre in 1995, the then 8-year-old Rashad schemed a way to make her stage debut. “I had memorized the transitions, and there was one transition where the lights would come down to a blackout,” said Rashad, who is also nominated for her performance in A Doll’s House Part 2. “I somehow managed to crawl onto the stage during the blackout and I remember that because I would crawl as far as I possibly could and look out into the audience, and there was nothing more thrilling than knowing that they couldn’t see me but I was there. And I think that’s when I decided that this is what I was supposed to do.”

4. Josh Groban made sure he’s not a gimmick. Groban’s last theatrical endeavor was in high school, so he knew there would be some skepticism when he stepped into the role of Pierre in Natasha, Pierre and the Great Comet of 1812. “Any time you’re coming in from another world, there’s always going to be the chatter of, ‘Is this a gimmick thing? Is this to sell tickets?'” says Groban, a nominee for lead actor in a musical. “I knew that it was quietly my responsibility to dive into this headfirst to do the work the right way and to prove to myself and to the Broadway community at large that this was something that was the real deal for me.” Groban’s career advice? Trust your gut and be nice to people. “You never know when they’re going to be your boss.” 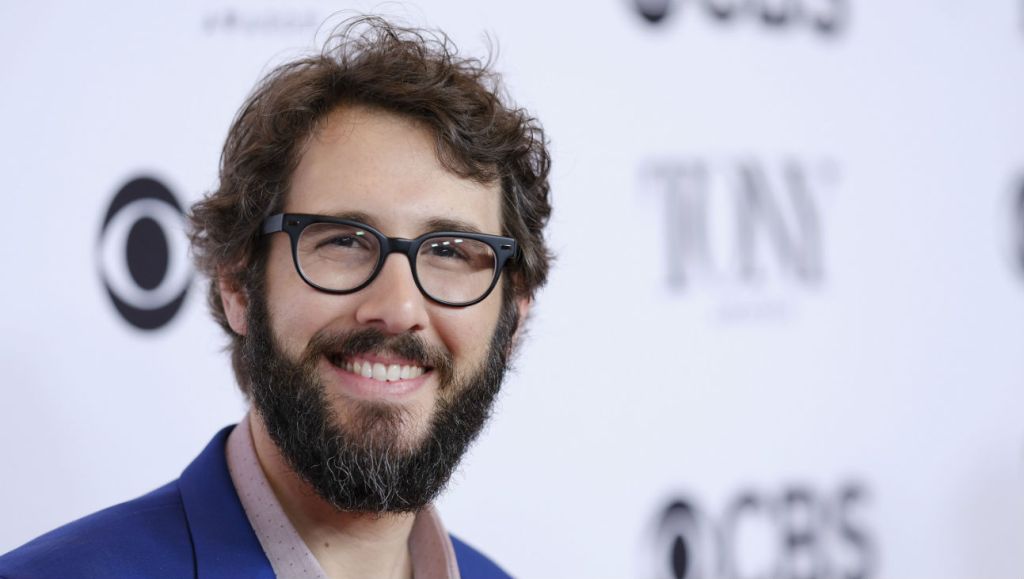 5. That missing Groundhog Day moment was explained. When Groundhog Day screenwriter Danny Rubin first started to adapt the film into a musical, he assumed he would have to make some changes. “I originally wrote it for film, so there’s a lot of quick cutting. It’s designed to be a story built on montage, and I knew that that was going to be something I had to deal with in theater,” says Rubin, who is nominated for a Tony for writing the musical’s book. But director and fellow nominee Matthew Warchus told him to “imagine anything you want, and we’ll be able to do it.” “Of course one of the first things I said was, ‘‘OK so we can do the stepping in a slush puddle bit?’ And he was like, ‘Oh no, we can’t do that.'”

Tonys: 'Hello, Dolly!' Is a Shoo-in, But Other Key Battles Will Be Fierce

6. Sally Field called on her entire career for her new role. Field is nominated for a Tony for playing Amanda Wingfield in Tennessee Williams’ The Glass Menagerie, a role that her whole career has built toward. “She’s sort of the female Hamlet — certainly in that she never stops talking!” Field said. “For me, thrill becomes almost too lightweight a word. This kind of role done this way at the Belasco really calls upon the 54 years of my life I’ve worked to be able to do it.” And Field has known she wanted to be an actor her whole life. “It isn’t something that I just decided one day or backed into it one day. I found a stage when I was 12 when I was lucky enough to be in a school that still had a theater arts department. And something inside of me changed, woke up, I could hear my own voice for the first time when I was onstage, and then when I would get offstage I had to be all the things that little girls in the ‘50s had to be, and all of that went back in the box. But when I got onstage I could be all the things I wasn’t allowed to be anywhere else, so I could hear my own self.”

7. Chris Cooper shared a personal motivation. Cooper hasn’t been back onstage in a while after starring in Of the Fields, Lately in 1980 because of a “strong family issue,” he told reporters. “I had a boy with severe disabilities and in order to get him an education, we needed to move to Massachusetts,” said Cooper, who is also nominated for his performance in A Doll’s House Part 2. “I never thought we’d leave New York or New Jersey. The demands of theater are really strong, and it’s quite a schedule, so I’d stepped away from it for a while. But I said I’d always look for the right project and turned out that I felt that this was it.”

8. Justin Trudeau loved Come From Away. When the Canadian prime minister came to see Come From Away, a musical about how the citizens of Gander, Newfoundland, cared for stranded passengers on 9/11, he gave the cast his “stamp of approval.” “Meeting Justin Trudeau and his beautiful wife was an extraordinary experience,” said nominee Jenn Colella. “He didn’t just come in and watch the show and then leave. He came in. He addressed the audience. He stayed with us afterwards. We spent time with him. He really let us know how much he appreciates what we’re doing and how important this show is, not just for Canadians and Americans but for the entire world.”

Tony Nominations: No Juicy Roles for Actors Over a Certain Age? Try Broadway