Continue to The Hollywood Reporter SKIP AD
You will be redirected back to your article in seconds
Skip to main content
May 12, 2020 6:00am

When Hollywood talent lawyer Matt Johnson moved to Costa Rica in 2018 to enjoy a change of pace with his wife and kids, he never imagined a pandemic would bring him back to L.A. But, when he received a call from Mayor Eric Garcetti on March 15, that’s exactly what happened.

“He asked me to be point person for his office coordinating their COVID-19 response with the philanthropic and business community,” says Johnson. “I packed up my family and we came back.”

Johnson, who reps A-listers including Tyler Perry, LeBron James and the Obamas, isn’t quitting his day job by any means. He’s now working long hours seven days a week. “There’s a huge sense of urgency to try to mitigate the level of suffering that people are going to endure through this crisis,” he says, adding that his firm, Ziffren Brittenham, fully supports his philanthropic efforts. “The truth of the matter is business is pretty slow right now and this is a critical moment in our history.”

The attorney met then-city councilman Garcetti back in 2001 while running a college prep program for the Echo Park Boys and Girls Club. Recalls Johnson, “He was a frequent visitor and we bonded and became friends over our shared passion for helping underserved communities.” Johnson went on to serve on Garcetti’s mayoral transition team, as a member of the Airport Commission and as president of the Los Angeles Police Commission — where he oversaw the revamping of its use-of-force policy, instituted mandatory de-escalation and implicit bias training and oversaw the rollout of department-wide body cameras and the creation of the related video release policy.

After three years balancing his work for the police commission with his thriving law practice, Johnson decided to move to Central America for a year for a bit of a break. “I knew then what everyone is learning now: You can work just as effectively out of the office as in the office if you have the right set up,” says Johnson. “I found that I was actually better at my job while working abroad and was able to spend far more quality time with my family. So we decided to extend our stay for an additional year. Once the pandemic hit, we had actually decided to ride it out in Costa Rica.” 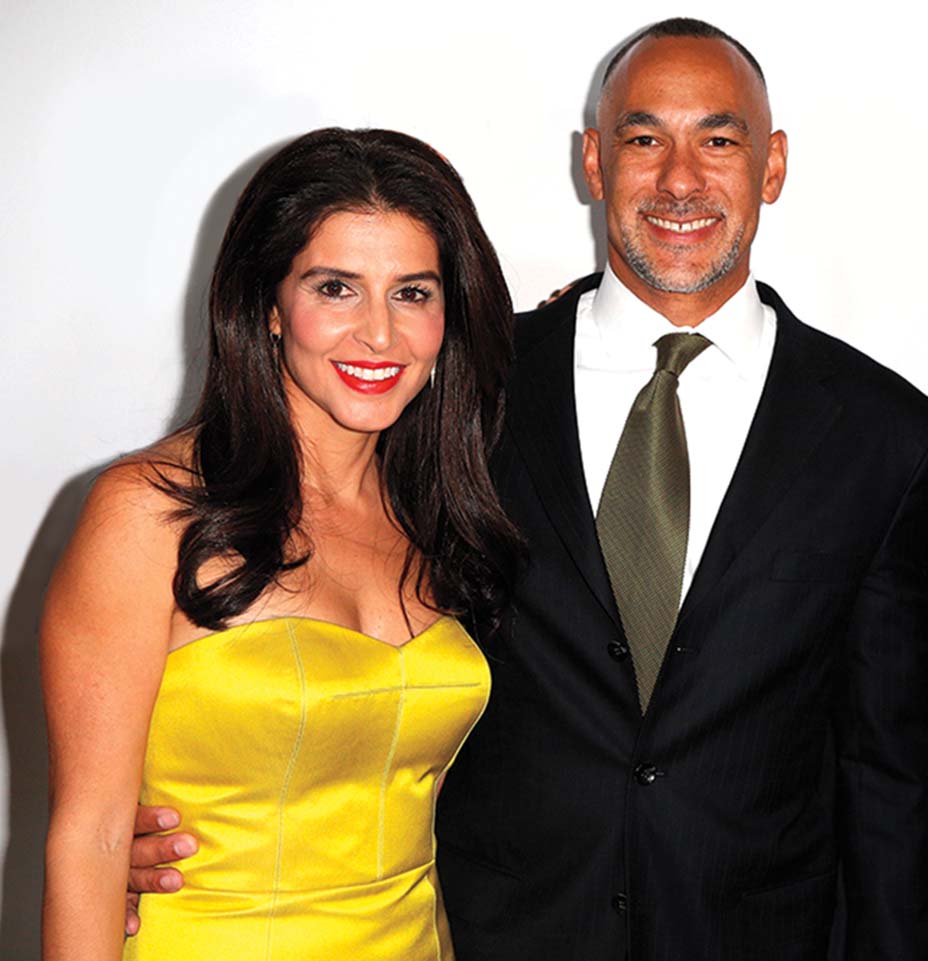 “We are so proud and grateful for Matt’s achievements as the liaison between the mayor’s office and the business community,” Ziffren Brittenham founding partner Ken Ziffren tells The Hollywood Reporter: “To date, his efforts have resulted in millions to aid in the cause, with more to come!”

The Mayor’s Fund for Los Angeles, established in 2014 by Garcetti and senior adviser Rick Jacobs, has two efforts centered on COVID-19 relief. One is an emergency fund that gives meals to isolated senior citizens through Everytable; provides personal protective equipment for those who can’t afford it, including unhoused individuals; expands support for up to 900 domestic violence survivors and their children by housing them in hotels and connecting them with case management services; and provides child care to health care workers through prescreened, in-home providers.

The second, the Angeleno Campaign, gives direct financial assistance to people who are living in poverty and have lost income due to the pandemic, regardless of immigration status. The program was built from scratch in response to this crisis and distributes prepaid debit cards of $700, $1,100, or $1,500 depending on household size and income. The original goal was to help 30,000 people — but they’re already on pace to double that.

So far, Johnson’s team has raised more than $40 million and created infrastructure to support all of the efforts.