LAX may have an embattled reputation, but a newly unveiled renovation of the formerly horrible Terminal 6 is a surprisingly big step forward. This reporter was given a guided tour of the refreshed facility, which features more than 20 new dining and shopping options for travelers.

Terminal 6 — a hub for Alaska Airways and a secondary terminal for American and Delta — has long been a sore spot at LAX. Originally built in the 1960s and then expanded twice in the intervening decades, the terminal had a jumbled, disconnected design and food options that were poor and limited, even by LAX standards. It was a great place to grab a Cinnabon and an impossible place to eat a decent meal.

Now, thanks to a $70.5 million investment, things are looking up. The funding came from Los Angeles World Airports (which owns LAX), the airlines that are operating partners in Terminal 6, and Westfield — the L.A.-based company that manages upscale shopping malls here and around the world. (Westfield actually operates a total of five terminals at the airport, including the keystone Tom Bradley International Terminal).) More than 22,000 square feet of dining, retail and common space has been remodeled — including new carpeting and terrazzo flooring, tiled walls, floor-to-ceiling windows and three sets of bathrooms. The whole environment has the design aesthetic of a classy mall, which is a definitive upgrade in Terminal 6.

The Agony of LAX (and What's Being Done About It)

Without a doubt, the most obvious improvement is food that people will want to eat. The departures area now has 10 dining choices, ranging from casual to almost elegant (the scheduled opening of a Peets coffee next March will make it 11). Many of the options are L.A. brands — including the first LAX appearances of The Habit, Wahoo’s Fish Taco and Earthbar (home to the $12 Flax Master smoothie). Folks looking for a quick drink and meal can try the vaguely atomic-age cocktail bar Blu2o, with its impressive selection of small-batch Bourbons and a full “beach inspired” menu, or the Point the Way Cafe, with its large selection of local craft beers and SoCal brewpub fare. Finer dining options are anchored by Fabio Viviani’s Osteria — where you can order a kale Caesar, a small plate of Wagyu meatballs or a prosciutto, burrata and arugula pizza — and The Marketplace by Wolfgang Puck, which offers a huge slate of wood-fired pizzas and French Champagne by the glass. 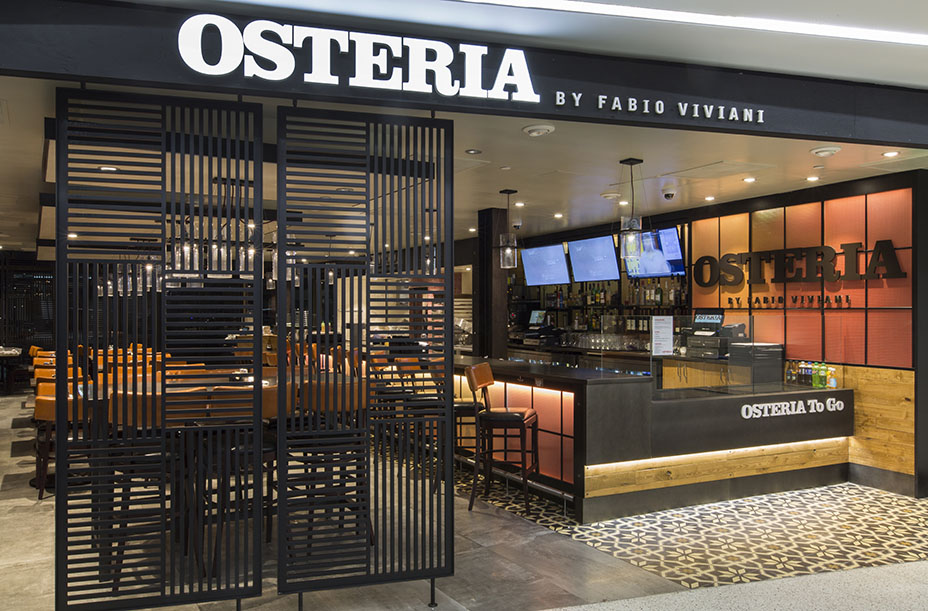 The shopping in Terminal 6 won’t blow any minds, but anyone with an hour to kill will be pleased by the new options. Highlights include a colorful little outpost of MAC Cosmetics, a well-curated Tumi store (items can be personalized on-site) and LAX’s first M.Fredric boutique, which has a surprising breadth of apparel on display (but no dressing room).

On a Tuesday morning, the terminal, reflecting the demographic it serves, was full of small, well-coiffed fluffy dogs — creatures that were not left out of the redesign. A surprisingly large outdoor “pet patio” features an artificial lawn, multiple drinking areas and a highly realistic fire hydrant.

In an attempt to establish some stylistic order to the three interconnected buildings that comprise Terminal 6, Westfield designers set out to model the entire structure after Sunset Boulevard. A walk of the entire terminal from end to end is intended to evoke a journey from Downtown LA (gray color palette, graffiti-colored tiles, concrete and industrial metal) to West Hollywood (multicolored LED lighting, terrazzo floors, shopping) to the beach (think very liberal use of the color blue). This metaphoric journey seemed to be lost on the hundreds of weary travelers shuffling toward their gates, but the overall effect is cleaner, better lit and far more interesting than the old terminal. 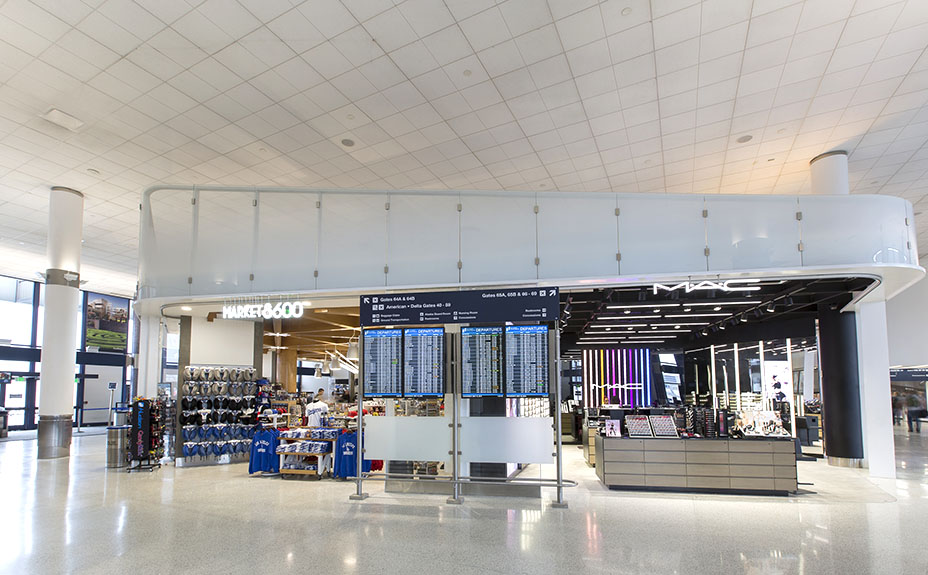 In the end, the refurbished terminal is still far from perfect — the seating near the gates has not been changed, so there are neither enough seats nor plugs for everyone. You can still see business travelers sitting on the floor near a wall so they can charge their iPhones. Terminal 6 parking is unchanged, and pre-security food options remain limited.

But despite such complicated problems, the state of Terminal 6 is a massive improvement. It is on par with facilities at decent airports elsewhere in the United States, and instantly becomes one of the better terminals at LAX. I look forward to a long delay there soon.